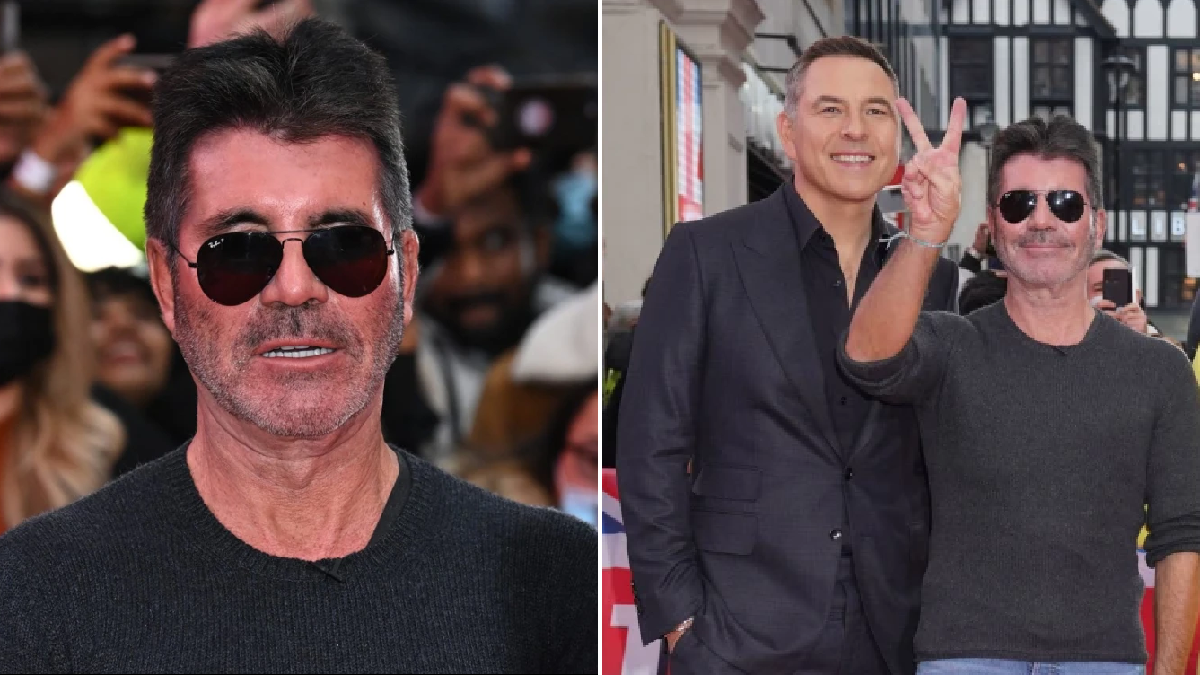 Britain’s Got Talent auditions turned awkward with Simon Cowell hitting out in jest at David Walliams for making a penis joke, according to reports.

The Little Britain star got a little hot under the collar when contestant Tim Jones came onto the stage dressed in his police uniform and started flirting.

The Sun claims David first joked ‘arrest me now’ before going on to ask whether Tim’s talent was ‘getting your c*ck out?’

Simon pretended he wasn’t happy with David’s comments and instructed him to ‘apologise now’ only for David to repeat his cheeky quip and going on to add: ‘Do you swing it around?’

The publication goes on to allege that the music mogul then ordered David to leave the auditorium while reminding him: ‘This is supposed to be a family show.’

Addressing the audience as he sat alongside fellow judges Amanda Holden and Alesha Dixon, Simon added: ‘When we have a break we’ll make him sit on his own for 10 minutes.’

‘It was clear that David was sailing close to the wind with his jibes,’ an audience member said.

‘Then he went too far. Simon was visibly angry with him and exploded.’

The pair are known for their light-hearted bust-ups at auditions for the show, and it’s not the first time a similar exchange has happened.

The duo’s clash comes just days after Simon warned David he’ll be out of the job after the comedian called him ‘out of touch’ for not knowing what millionaire shortbread is.

According to reports, the judge said: ‘I’d be careful if I were you. You’ll be out of a job and end up a contestant on Pointless next year.’

The judging panel reunited for the first time in two years last week after the ITV series was cancelled in 2021 due to the pandemic.

They were all pictured outside the London Palladium on Tuesday, along with presenters Ant McPartlin and Declan Donnelly.

Filming of the 15th series had been scheduled to begin early last year, however, production was delayed and then postponed until 2022.

The show typically airs from around April until July, with the semi-final and final stages broadcast live.

Britain’s Got Talent declined to comment when approached by Metro.co.uk