The GB News presenter had been discussing the state funeral of the late monarch, which was televised live on Monday. Eamonn Holmes recalled how one moment in the service had been ruined as the camera cut away during the significant moment of Queen Elizabeth II’s coffin being lowered to the ground. He admitted the filming left him feeling “cheated” as he spoke to former royal correspondent, Nicholas Owens on his morning show, Breakfast with Eamonn and Isabel.

Co-host Isabel Webster introduced Nicholas and explained: “A lot to reflect on really, but yesterday, the pinnacle of it all and a farewell to do her [Queen Elizabeth II] proud.”

“Oh yes, absolutely,” Nicholas replied. He went on to detail why he still wore a black tie.

“I’ve still got the black tie on,” he pointed out as Eamonn clarified: “But you don’t have to anymore.”

“I don’t have to, but I just feel I don’t want to let it go just yet,” he explained. 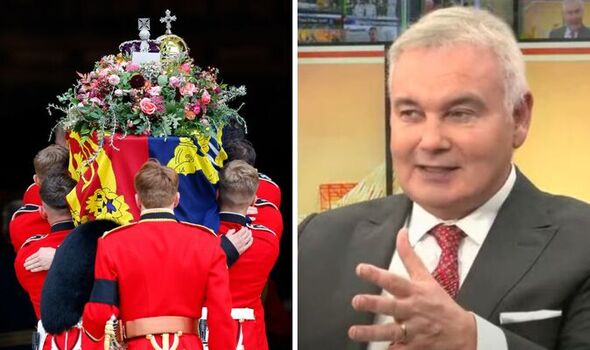 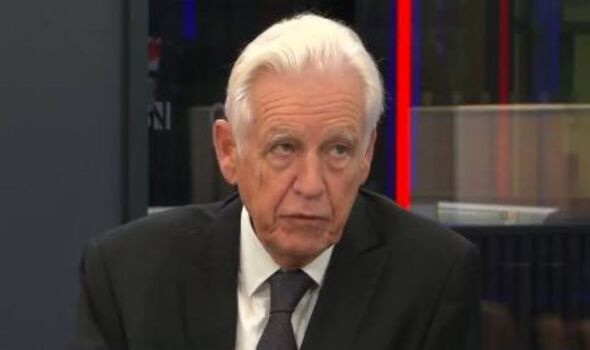 “I’d begun to think I may not live long enough to see King Charles III.”

Recalling the royal milestones he had witnessed, he repeated: “So for me, this is a period I just don’t want to quite let go of.”

“There was that beautiful moment in St George’s Chapel, when the coffin was descending into the ground and everybody was watching like, ‘Gosh, what happens next?’

“And it goes down, down, down and then we cut to the piper, and when we come back to the chapel, the coffin was gone. I felt a bit cheated by that.” 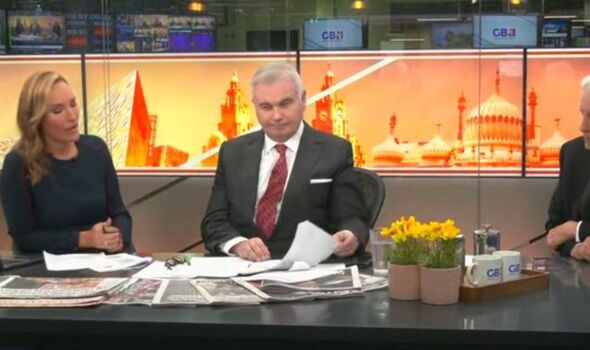 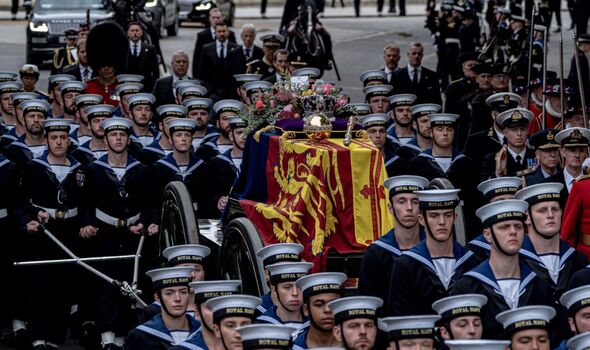 “Well, here’s the thing,” Nicholas responded. “At the Duke of Edinburgh’s funeral, I think the instruction must have gone out that we saw the coffin, then there was pictures – awful pictures we all remember of Her Majesty The Queen on her own with a mask and nobody with her, that was so, so heartbreaking, wasn’t it?

“When we next saw the chapel, the coffin had gone. And I thought, ‘What? What happened to that? Where did it go?’

“This time we got not long – they didn’t linger on it very long, but just enough to see it descend.

“But why would they not have continued with that?” Eamonn pressed.

“Whatever happens, a hole in the ground and then it’s covered up, or whatever.

“I guess it’s a bit of that,” Nicholas assumed, recalling again the filming of the Duke of Edinburgh’s funeral.

“You remember again, going back to Prince Philip’s funeral, that although we saw pictures of The Queen, there was no dwelling on her.

“And I think people, quite rightly at a funeral, particularly of a Queen, particularly somebody who’s been on the throne for so long who was mourning and seeing her husband taken away for the last time, you know… proper behaviour. That’s fine, isn’t it?”