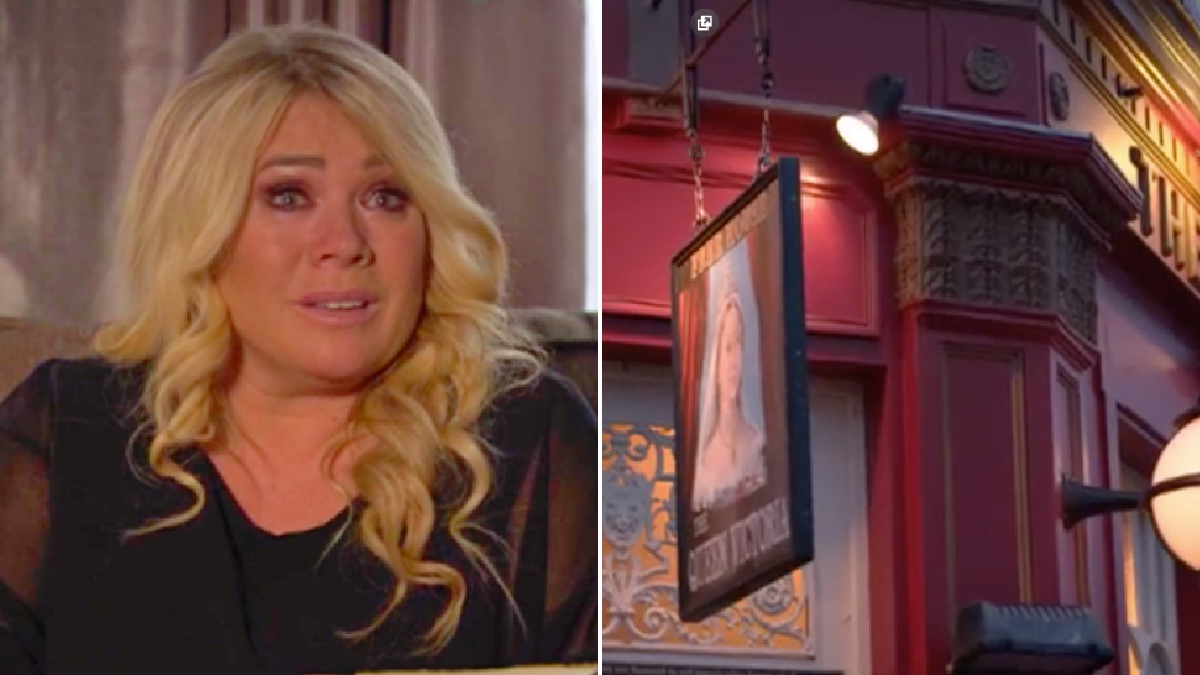 EastEnders has seemingly confirmed that Sharon Watts’ (Letitia Dean) stint as landlady of the Queen Vic will come to an end.

The Walford icon reclaimed the iconic boozer in memorable scenes last June, when — in the last of the pre-lockdown episodes — she surprised Phil Mitchell (Steve McFadden) by getting behind the bar.

However, it appears as if her stint in the pub is, in fact, due to come to an end, after Mick and Linda Carter (Danny Dyer and Kellie Bright) revealed their interest in buying it once more.

Linda had previously attempted to blackmail Sharon in order to get the Vic back, but that backfired. However, Max Branning (Jake Wood) ultimately succeeded, as he blackmailed Phil into getting Sharon to sign the pub over to the Carters.

In Friday’s edition of the BBC One soap, Linda and Mick decided to take Sharon up on her offer of selling the pub.

The outcome of Sharon’s meeting with the Carters remained somewhat ambiguous, but tonight’s episode revealed that she was, in fact, preparing to leave the boozer.

However, she told Phil that she still has a month left as landlady before her impending departure.

It really is the end of another era, but the seemingly the beginning of a new one for Mick and Linda, as they return to the pub they called home for seven years.

EastEnders continues Tuesday February 23 at 7:35pm on BBC One.