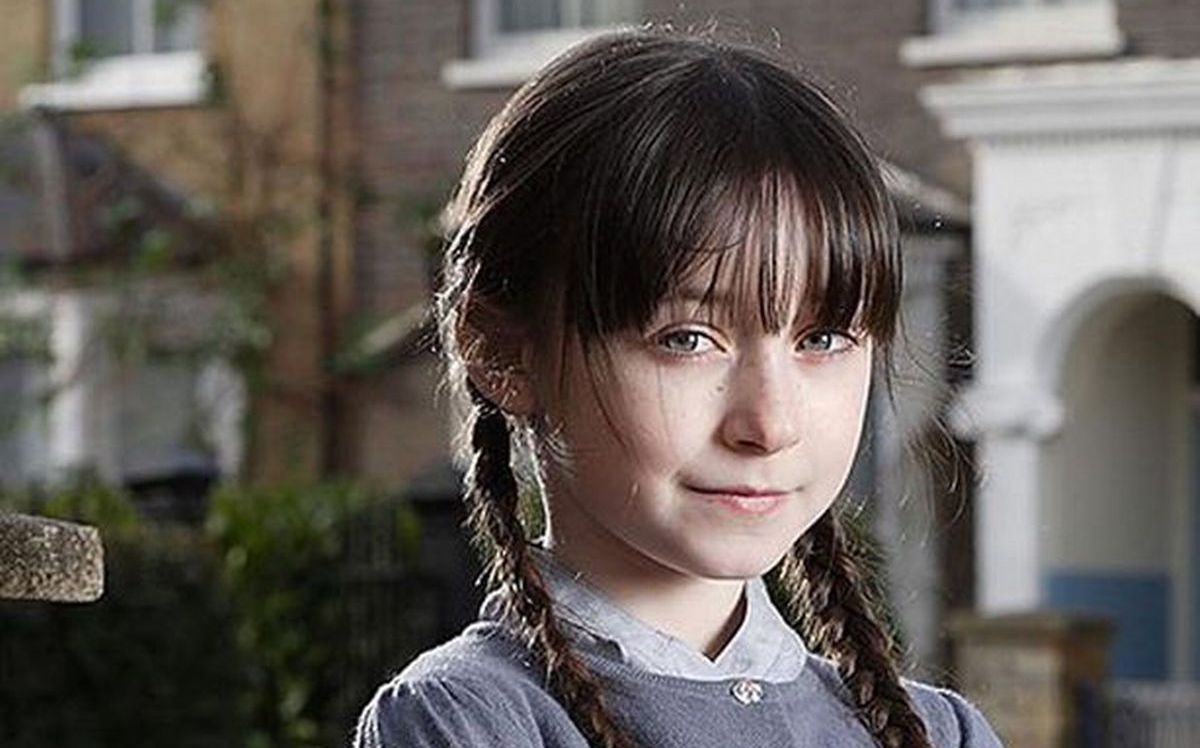 The actress famously portrayed Dotty Cotton in the long-running serial drama when she was seven years old.

Dotty arrived in Albert Square on Christmas Day 2008, when Nick (John Altman) rocked up once more, and it didn’t take her long to bond with grandma Dot (June Brown).

Dot, having developed a strong relationship with her granddaughter, ‘bought’ Dotty from evil Nick, but Dotty was ultimately in cahoots with her dad, as they plotted to steal Dot’s money.

Having learned that Dot had left all her money to her granddaughter, Nick resolved to murder his dear ma, persuading Dotty to carry out the murderous act.

Dotty, however, couldn’t go through with the plan.

Molly made her final appearance in EastEnders in 2010, when Dotty left with her mum Sandy (then played by Caroline Pegg).

After departing the BBC One soap, the star appeared in episodes of Horrible Histories and Blandings.

The actress, 20, also keeps fans up to date with her life via posts on social media, one of which can be seen above.

Dotty, meanwhile, returned to Walford in October 2019, with actress Milly Zero taking over the role.

Milly made her first appearance in the soap’s 6,000th episode, when Dotty arrived back in the Square alongside stalwart Dot Branning (June Brown).

Since then, Dotty has featured in a number of huge stories, with the biggest perhaps being her attempt to blackmail Ian Beale (Adam Woodyatt), after she discovered he locked Dennis Rickman (Bleu Landau) on the party boat prior to it sinking.