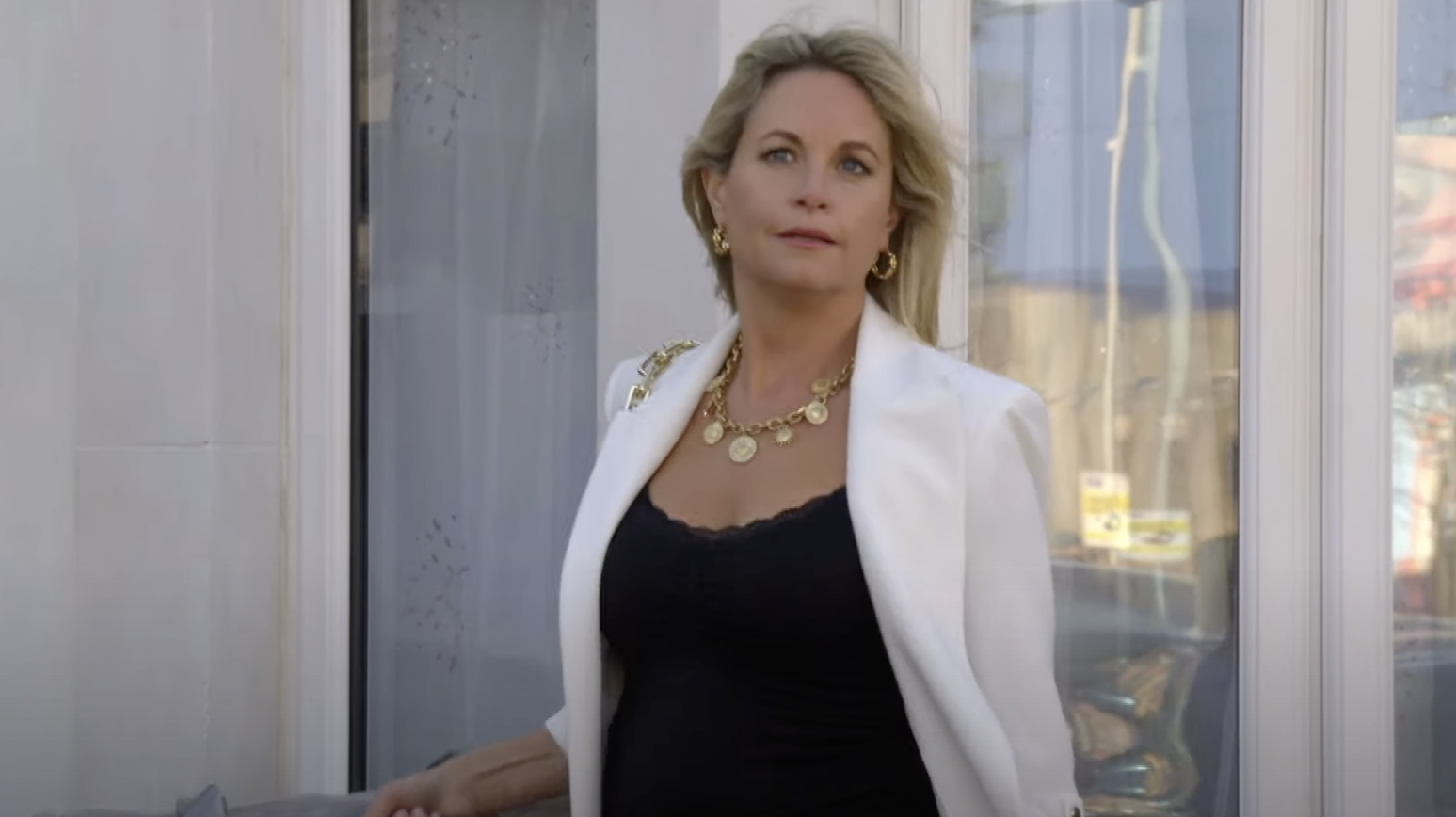 Sam Mitchell isn’t taking any prisoners when she arrives back in Walford, a lesson which Ricky’s football learns the hard way!

The EastEnders legend steps out of a taxi in upcoming scenes, and makes a beeline for son Ricky’s football after it hits her on the head.

She then deflates it with a stiletto!

Sam arrived back in Walford during Monday’s (April 18) edition of the BBC One soap, as the show confirmed that she was the mystery person who Phil (Steve McFadden) had telephoned from prison.

With Ben (Max Bowden) struggling, Phil has roped Sam in to help with the businesses while he’s behind bars.

The hardman was chuffed to set his sights on his sister, but it seems as though he will be the only one, as her comeback is received with a cool response by just about everyone in Walford.

The clip, taken from Tuesday’s (April 19) edition of the BBC One soap, sees Sam set foot in Albert Square for the first time in six years.

Ricky is playing with his football, which accidentally hits Sam on the head, leaving her less than pleased.

Sam, however, fails to recognise that Ricky is her son, and thus – in a bid to teach him a lesson – she stands on the ball with the heel of her stiletto, deflating it in the process.

Sharon Watts (Letitia Dean) and Kat Slater (Jessie Wallace), meanwhile, cross paths with Sam for the first time in years, and it’s safe to say they’re not too happy by her presence in the Square.

EastEnders airs these scenes on Tuesday April 19 at 7:30pm on BBC One.