Chelsea has been busy looking loved up with the serial killer – who is played by actor Toby Alexander Smith in the BBC One soap. 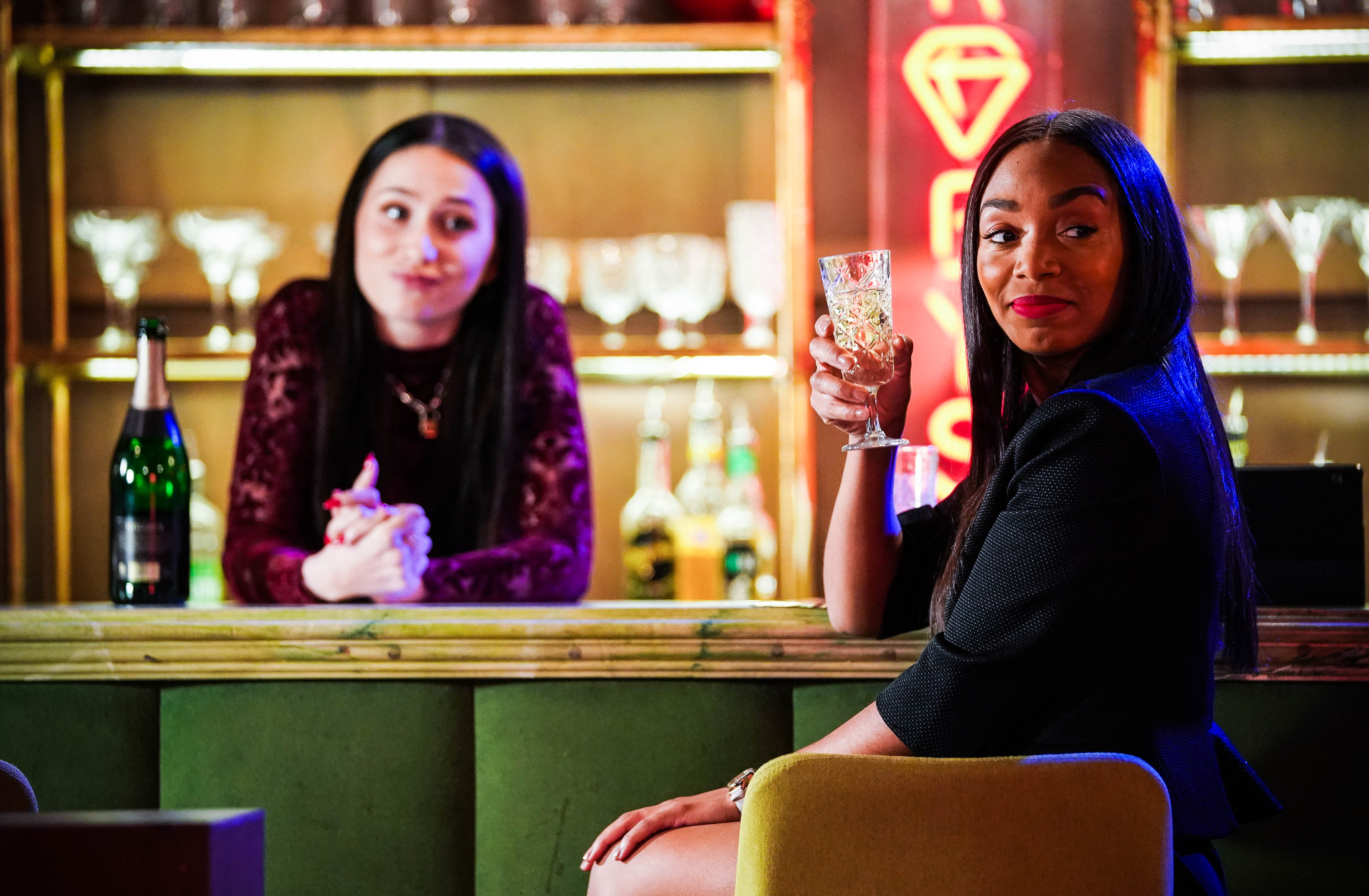 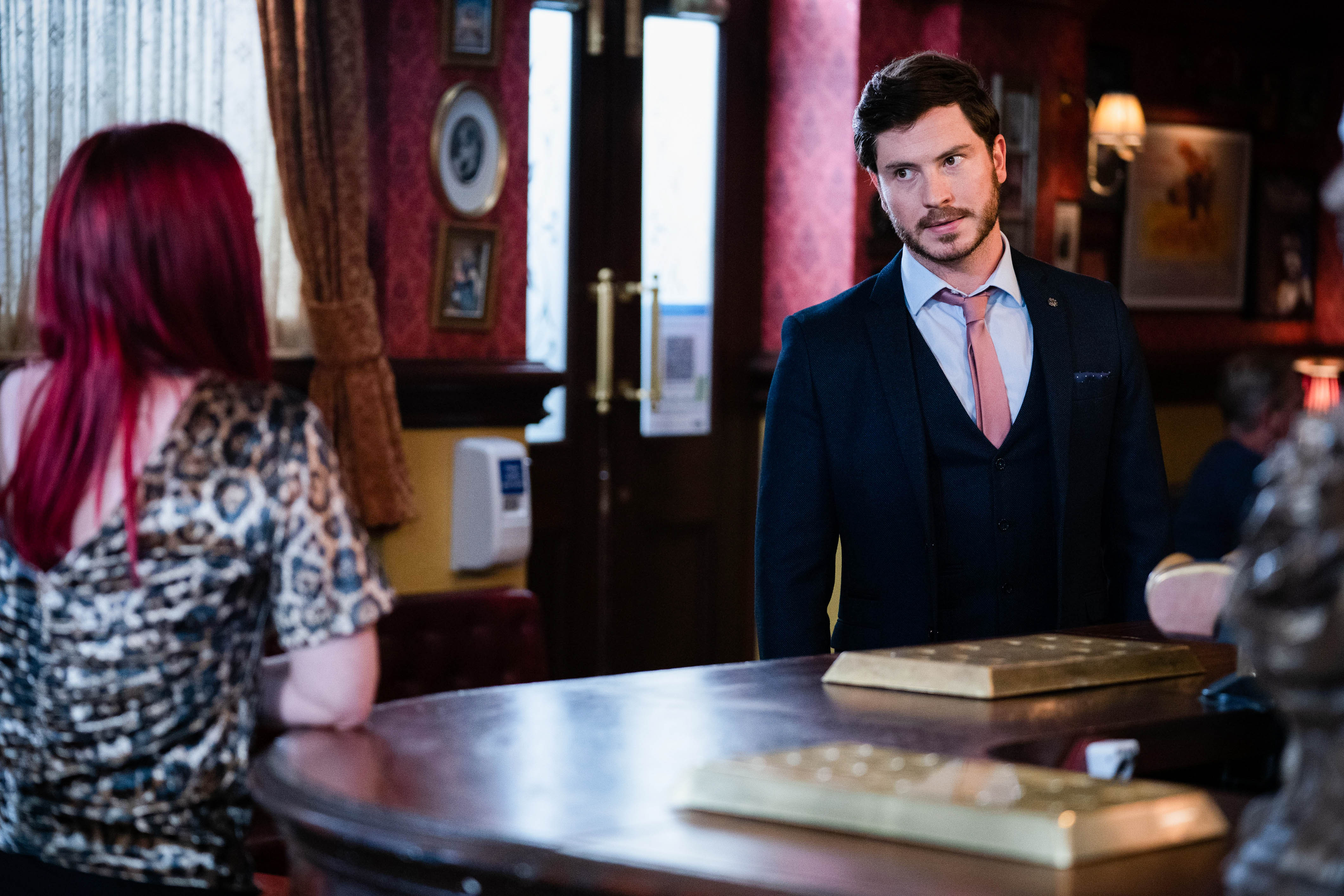 But it looks as though things may turn sour between the two as Sharon is set to encourage Chelsea to get out and away from Gray for her own good.

After Ruby's party the evening before, Chelsea heads to The Vic to nurse her hangover, where she is seen ignoring Gray's messages.

Realising she's having man troubles, Sharon encourages her to end the relationship that she clearly doesn't want to be in.

Chelsea agrees – and heads off to end things with the killer and return his keys after the one-on-one girl talk with the pub's former landlady.

But will it all go to plan? Viewers know has his way of wriggling out of things – and continuing to keep his killer cards to his chest.

Last week, Chelsea was left shaken after she stumbled upon proof of his killer past with a shocking discovery.

So far, murderous Gray has got away with murdering his own wife Chantelle as well as barmaid Tina.

Managing to persuade Gray to skive off work, and together they met her friend with a van full of dresses so she could pick an outfit for court.

Chelsea managed to distract Gray by suggesting a romp in the back of his car – but not long into it, the police turned up and breathalysed the pair.

As they went to get back in the car, Chelsea spotted an earring – which Gray was horrified to realise it belonged to Tina.

When the pair arrived home, a livid Gray berated Chelsea for taking him anywhere near stolen goods – and they argued back and forth.

Gray yelled at her to get out and, shocked at his angry outburst, Chelsea left despite being on curfew with a tag.

Despite Gray flushing the earring down the drain, fans were convinced Chelsea would put two and two together and find a way to expose Gray’s crimes.

One said: "I think Gray is under estimating Chelsea… I think she might catch onto something"

Another added: "Gray is getting sloppy!" 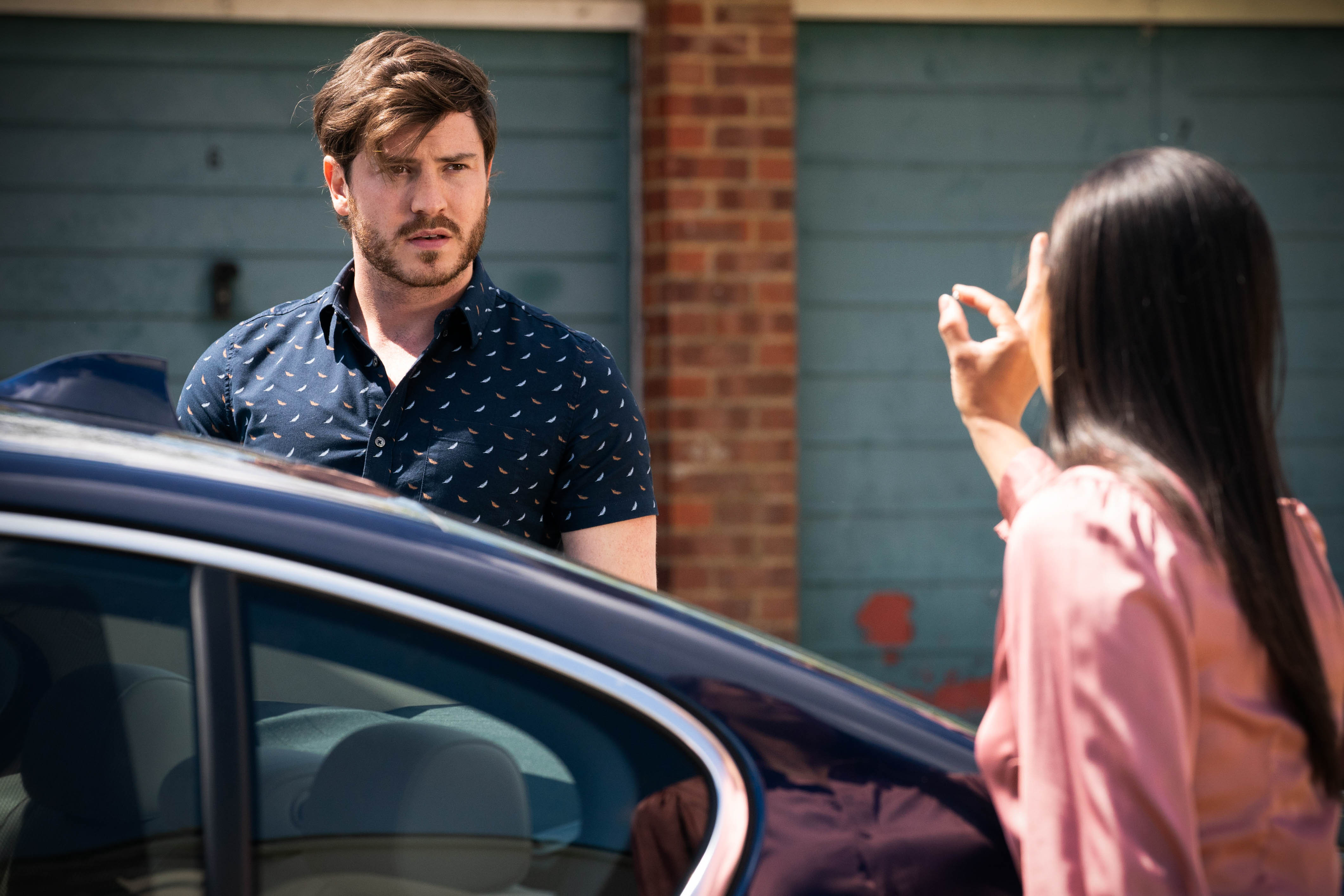