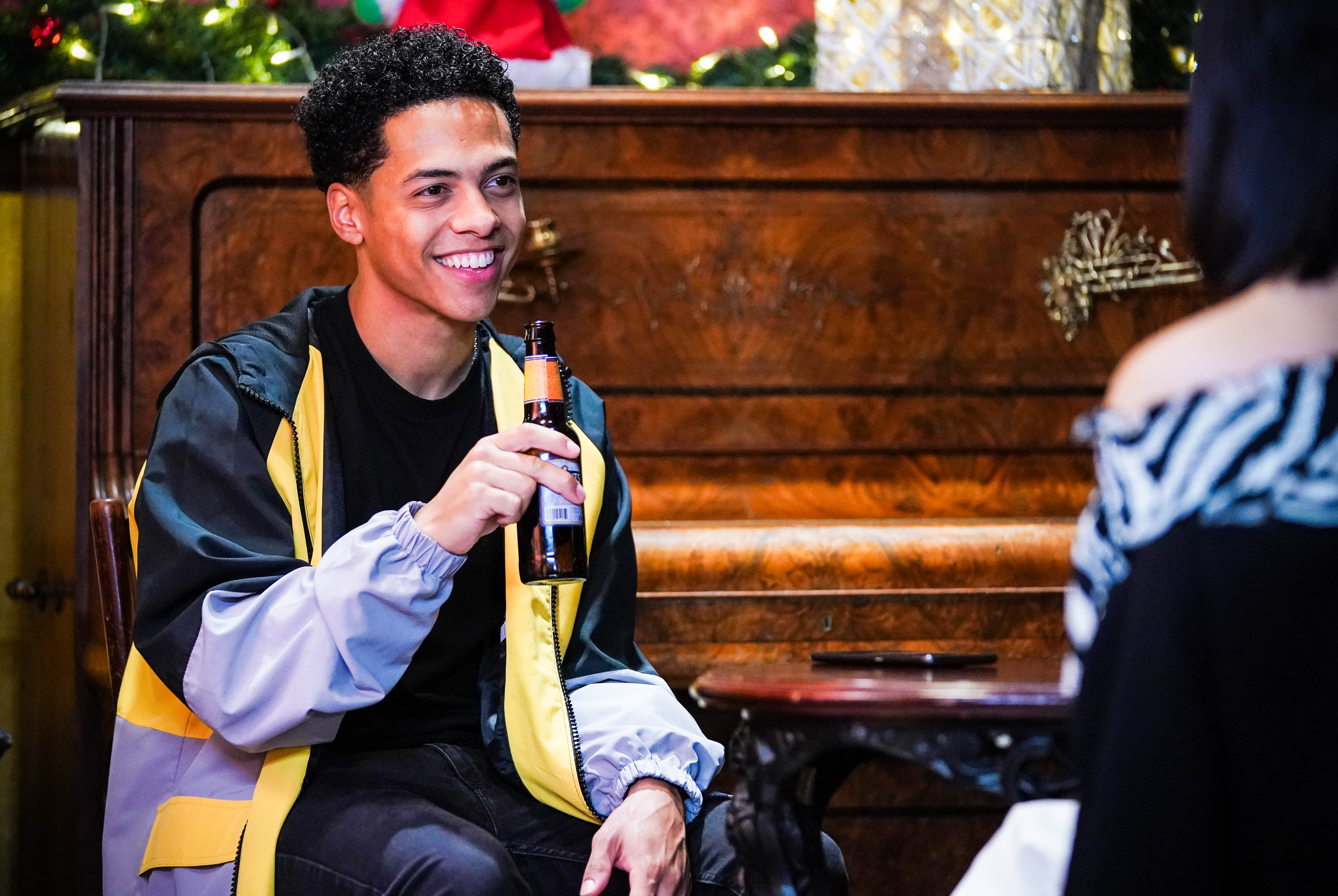 There is no doubt that there remains a lot of affection and love between estranged husband and wife Keegan (Zack Morris) and Tiffany (Maisie Smith) in EastEnders.

Despite Tiffany having started dating Aaron Munroe (Charlie Wernham) and Keegan asking for a divorce, there is a longing from them both that they fix things and reunite.

And in the wake of Keegan’s brutal attack, which she has no idea Aaron orchestrated, Tiffany makes a gesture behind her boyfriend’s back which proves she still has strong feelings for Keegan.

Keegan’s attacker Neil informs him the police don’t know who was responsible, but Lola and Isaac spot the exchange and Isaac is left suspicious.

Later in The Vic with Lexi, Isaac questions Aaron about Neil, but is angered when Aaron claims he’s never met him.

Isaac later apologises to Aaron in front of Tiffany but it’s clear he’s dubious about her new man’s allegiances.

Thinking no one is looking, Tiffany donates a wad of cash for Keegan’s collection jar, but Isaac spots her – secretly happy that she mustn’t be completely over Keegan.

Will Isaac share what he has seen with Keegan and create hope for the future?

Whether Keegan and Tiff get back together remains to be seen but a happy ever after may be off the cards as Tiffany is set to leave the Square.

Announcing her exit, Maisie said: ‘It’s time to say farewell to Tiff! I’ve grown up on EastEnders since 2008, and have learnt from the best over the past 13 years.

‘I’m very excited for my next challenge and thank the BBC for the opportunity they gave me as a 6 year old.’ Not sounding like a great omen – unless of course Keegan goes with her?