Recent EastEnders scenes saw Avery (played by Omar Lye-Fook) arrive in Walford, wreaking havoc straight away. The well-off but clearly untrustworthy character seems to want to get to know Mitch (Roger Griffiths) again, but on Tuesday’s episode on the BBC soap he hinted towards a criminal past as the brothers argued. Could Mitch be a killer?

Official soap spoilers reveal Karen Taylor (Lorraine Stanley) will try to persuade Mitch to talk to Avery, but he refuses.

After some advice from an unexpected face though, Mitch decides to give Avery the time of day.

The moment doesn’t last long though as Mitch soon becomes furious and demands Avery to leave.

Karen puts the pressure on Mitch to give Avery a chance and takes it upon herself to orchestrate their meeting.

When Mitch doesn’t turn up, Karen brings the rest of the family to support Avery, and Bernie Taylor (Clair Norris) and Bailey Baker (Kara-Leah Fernandes) get an idea. 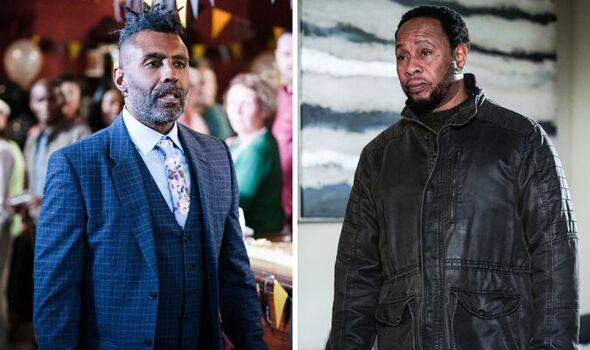 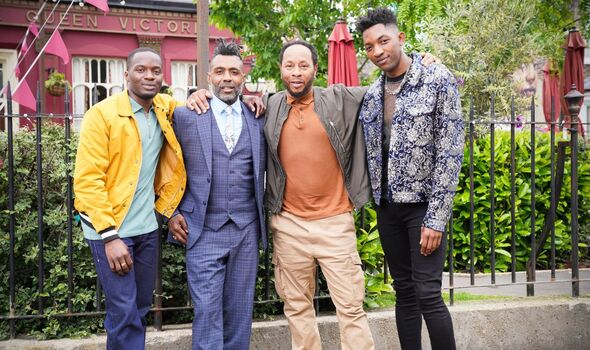 At the cab office, the two girls confront Mitch. Will they persuade him to allow Avery to stay?

It seems likely, but will this cause more trouble for Mitch in the end?

Tuesday’s episode hinted towards a dark history for Mitch, who could have been involved in a life of crime before he changed his ways.

The brother had started to bond, but things quickly changed.

Avery spotted police officers and subtly asked Mitch if they could walk the other way. 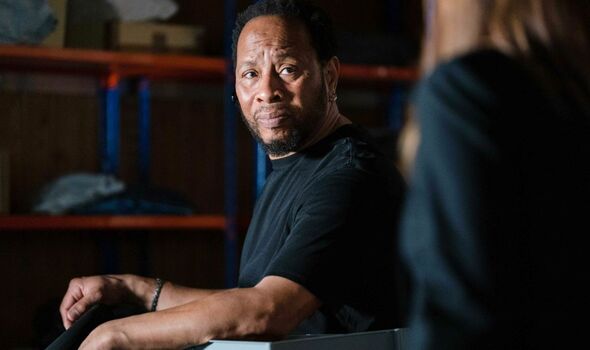 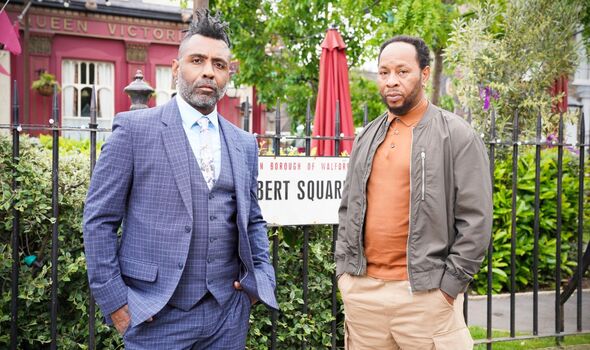 Mitch instantly became angry, and scoffed: “You don’t change, do you?”

“We’ll talk about this later,” Avery replied before Mitch hit back: “No, I told you – I’m legit now!”

“I just wanted to spend time with you,” Avery commented.

“Then buy me a pint, or invite me to check out your jacuzzi with the 12 jets!”

“16,” Avery corrected him. Mitch yelled: “You know, I knew you were trouble, the minute you turned up!”

“Come on, man, let’s just go for that pint,” Avery suggested, but his brother had seen enough.

“No, forget it – we’re done!” he remarked, adding: “You get back in your Bentley, you go wherever you want to go, but stay away from me and my family!”

As the pair continued to argue later, Avery had some kind of medical emergency and a worried Mitch called an ambulance.

If he recovers, Mitch will probably be keen to turn over a new leaf with his brother after the scare.

However, after alluding to his past, what could Mitch have been talking about? And could Avery expose him as a killer?

The brothers clearly led a troubled life, and perhaps they turned to crime in order to get by.

Although Mitch has wiped the slate clean now, he could be hiding a big secret which may have been the reason he turned away from the criminal life.

He told Avery: “I’m legit now,” and became quickly upset by the suggestion Avery was still involved in anything suspicious.

Perhaps the brothers were once involved in a crime that went wrong, and Mitch left someone for dead.

This could be why he turned away from that lifestyle, and why he hasn’t seen his brother in years.

With Avery back in his life though, he might end up revealing Mitch’s dark secrets to the Square.

Will Karen and the rest of the family be able to accept Mitch’s history if it turns out he murdered someone?

EastEnders continues on Wednesday at 7.30pm on BBC One.