Charles Anderson (played by Kevin Mathurin) will be left searching for answers in Emmerdale when he comes across Manpreet Sharma (Rebecca Sarker) as he believed the doctor was dead. Manpreet is desperate to keep her past secret from Rishi Sharma (Bhasker Patel) but ITV soap fans will be left questioning why the doctor chose to hide her true identity with Charles.

In upcoming scenes, Charles and Manpreet catch a glimpse of each other and are left rattled by the encounter.

The doctor asks Rishi about Charles and is horrified when she reveals he’s the new vicar and is staying with Rhona Goskirk (Zoe Henry).

Manpreet fakes illness and rushes over to the church to confront the new edition to the village. 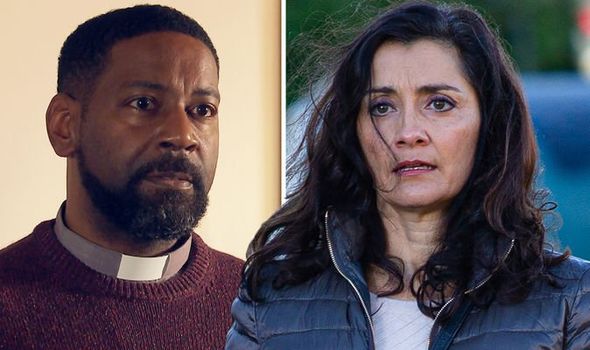 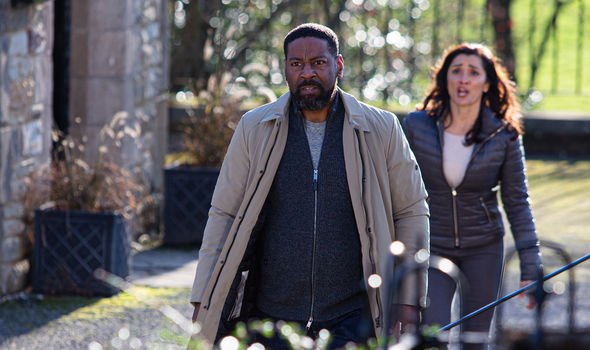 Charles addresses Manpreet as Saira and he explains she had led him to believe she was dead.

Refusing to implicate herself further, the doctor begs the vicar to keep quiet about her past.

Speaking to Express.co.uk and other press, actor Kevin explained why seeing Manpreet in the village comes as such a shock to Charles.

Kevin said: “It’’s like seeing a ghost, unexpected. Out of all the places in the country or the different parishes that Charles has been working in he finds this person that he hasn’t seen for over 15 years in the middle of the village. 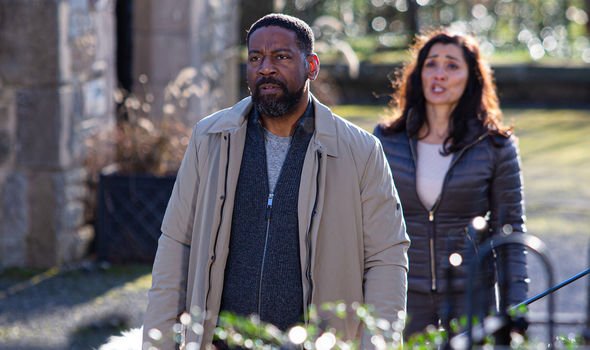 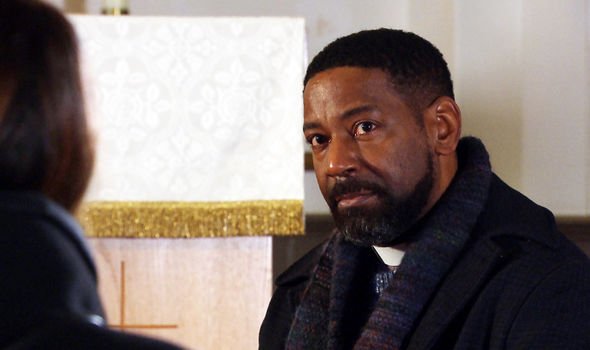 “He’s absolutely shocked because as far as Charles is concerned he thought Manpreet was dead.

“He just wants an explanation of what’s been going on, where [has she] been, and why did she suddenly disappear all those years ago?”

“Let’s just say she isn’t exactly who Charles fought she was,” Kevin continued.

“He knows her as Saira so for all of a sudden for Manpreet to say to her real name is Manpreet it’s like, ‘Okay so what are the lies have you been telling me?’ There’s a lot of the past to be dug up.”

Charles arrived in the village with his son Ethan Anderson (Emile John) and Kevin explained the vicar fears what Manpreet’s reappearance could do to his son.

The ITV soap newcomer revealed Charles won’t be rushing to tell the village the truth about Manpreet but makes it clear she must talk to Ethan.

“But one person he feels needs to know, and I think Manpreet especially wants to keep secrets from, is his son, Ethan.”

“Ethan knew her as Saira as a young child so he feels he needs to let Ethan know that he’s found her because Ethan was traumatised by this whole ordeal,” he continued.

“He was very young but he was old enough to know that this person who was really important in our lives has all of sudden gone missing.

“It took a lot for Charles to look after him and protect him and raise him throughout all of this trauma.”

Will Manpreet come clean and reveal why she had to leave Charles and Ethan’s lives or will she focus solely on keeping the truth from Rishi?