Kim (played by Claire King) has not lost her villainous touch, with the Emmerdale veteran deciding who she wants to be with friends with and who she doesn’t. Unfortunately, Leyla (Roxy Shahidi) was on the receiving end of her frustrations in Tuesday’s instalment of the ITV soap as the businesswoman wanted to make sure her wedding to Will Taylor (Dean Andrews) was perfect. However, as the two women clashed, a revenge plan could be formed to make sure the village villain is sent back to prison but this time, for a crime she did not commit.

The episode began with Kim turning up at the Take A Vow office wanting to find out why Leyla had sent her a wedding mood board at three o’clock in the morning.

There was supposed to be an attachment with the email but in her drug-fuelled state, Leyla had sent Kim’s plans to Rhona Goskirk (Zoë Henry).

When Vanessa Woodfield (Michelle Hardwick) turned up at the office to discuss the wedding plans, as she was maid of honour, Kim was baffled to hear how far Leyla was ahead with the plans for this ceremony.

Unimpressed with what she was hearing and with Vanessa having left the office, Kim laid into the wedding events planner.

“I can’t help thinking your plans for Rhona’s wedding are more advanced than your plans are for mine, even though we’ve been talking for how long?” the villain asked. 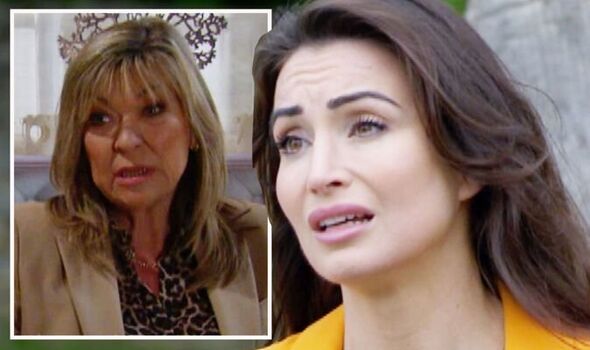 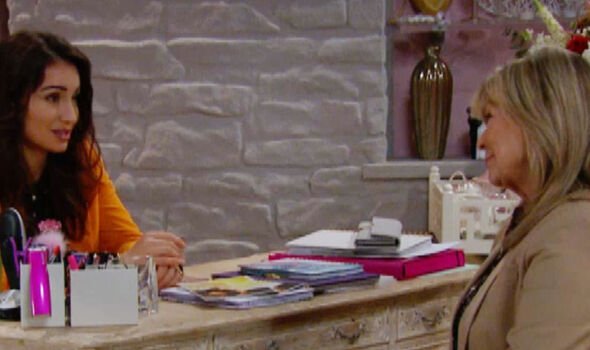 Trying to explain herself, Leyla said: “I’m putting everything together. Menus, venues, the whole works. By the next time we speak, I’m going to have answers to all your questions.

“Even the ones you haven’t thought of yet,” she continued but the businesswoman wasn’t buying anything Leyla was trying to sell.

Kim told her: “I hired you because you’re local. I wanted to support your business and keep it in the community but you’re obviously way out of your depth.

“So, let me take the pressure off. I want my deposit back by this afternoon, you’re off the job,” the businesswoman declared.

“What, you’re firing me?” Leyla asked, frustrated she was starting to lose customers. 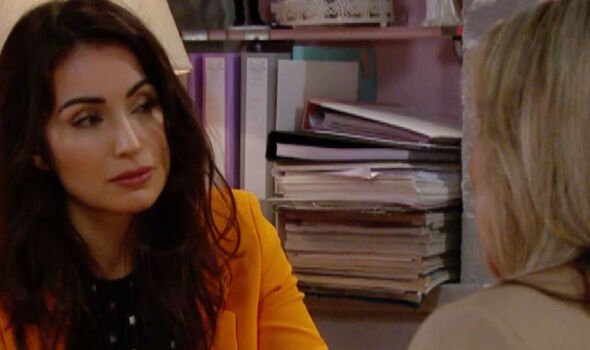 You’re off the job

“My wedding day is far too important to leave to an amateur,” Kim said, having the last word as she walked out of the office.

“What an absolute cow. Who does the woman think she is? I didn’t want to do her bleeding wedding anyway,” Leyla said as she up from her desk.

Heading over to the table in the office, the businesswoman started to prepare a line of cocaine and her dressing down of Kim didn’t stop there.

“Snotty, up herself, witch of a woman,” the wedding events planner declared before David Metcalfe (Matthew Wolfenden) walked in and found her doing drugs.

The rest of the episode focused on Leyla trying to explain herself to her former lover as she didn’t want him to tell her husband, Liam Cavanagh (Jonny McPherson). 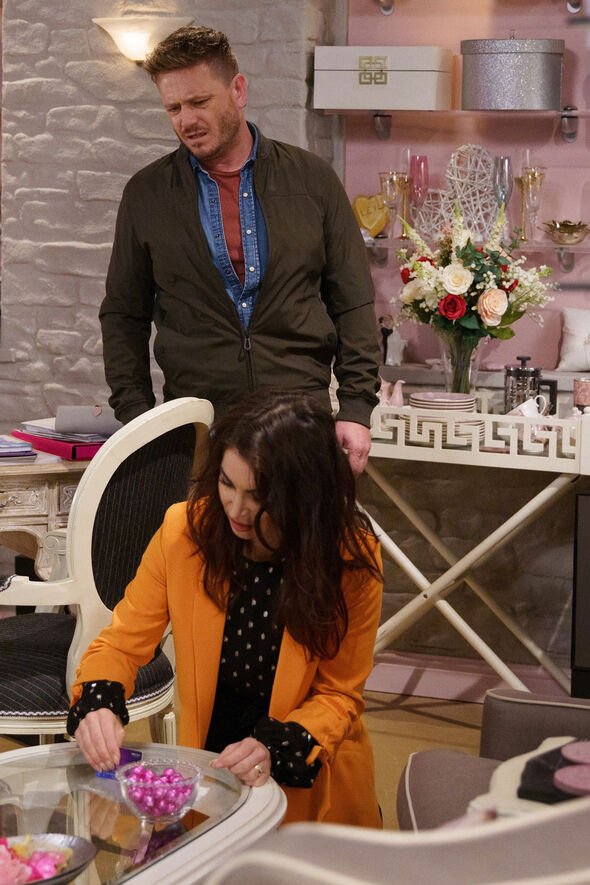 With one more person now knowing her secret, Leyla is going to want find a way she can come out of the situation as the victim.

Also wanting revenge on Kim for the way she treated her, Leyla could bring the two different problems together for a sinister plan.

She could frame Kim for a crime she did not commit by claiming to the police she got her drugs off the village villain.

Of course, the businesswoman won’t have done anything of the sort but Leyla could claim the deposit she paid for the wedding was actually an incentive to make sure she didn’t reveal her drug dealing ways.

Kim would try to get herself off the charges, hiring the best lawyer money can buy to ensure she doesn’t go to prison.

How well do you know your British soaps?

How many times has Ian Beale been married in EastEnders?

What is the name of Bianca Jackson and Ricky Butcher’s son on EastEnders?

On EastEnders in 2002, who accidentally ran Jamie Mitchell over in his car which caused his death?

How many times has Corrie’s Steve McDonald been married?

What happened to Emily Bishop in Coronation Street?

Who murdered Maxine Peacock in Coronation Street in 2003?

Which incident in 1993 killed off four characters in Emmerdale?

When did the show stop being known as Emmerdale Farm?

On what date did Hollyoaks air its first episode?

What was the name of the much-loved Coronation Street pet dog who was put down in April 2020 after 14 years?

1996 saw the arrival of one of Hollyoaks all time bad boys and rival of Kurt Benson, but who was he?

Who is the longest serving character on Coronation Street?

Who shot Phil in EastEnders?

How many fires have there been at Corrie’s Rovers Return?

Get out of my pub, you’re no soaps fan

However, having been in jail before, Kim’s chances of getting off the charges would be minimal unless she could build a case.

It seems the businesswoman could be making an exit from the show as she spends the rest of her days behind bars because of Leyla.

With her drug secret finally out, the villagers could take pity on Leyla as they would believe Kim was the mastermind behind it all.

Even Will could turn his back on his partner and tell her it’s over, considering the past Dawn Taylor (Olivia Bromley) had with drugs.

Will Leyla get away with framing Kim for a crime she did not commit or will someone discover what she’s been up to?

The actress who plays Kim, Claire, has previously spoken about an exit from the show, as she wasn’t supposed to stay on as long as she has.

Having returned to the role in 2018, Claire said: “My return to the show was meant to be a nice little retirement job for me.

“But because Kim is at the centre of everything, it hasn’t really worked out that way,” the soap star continued to explain.

So this time around, could Kim really be leaving the village for good?

Emmerdale airs weekdays at 7:30pm on ITV, with an hour-long episode airing on Thursdays.