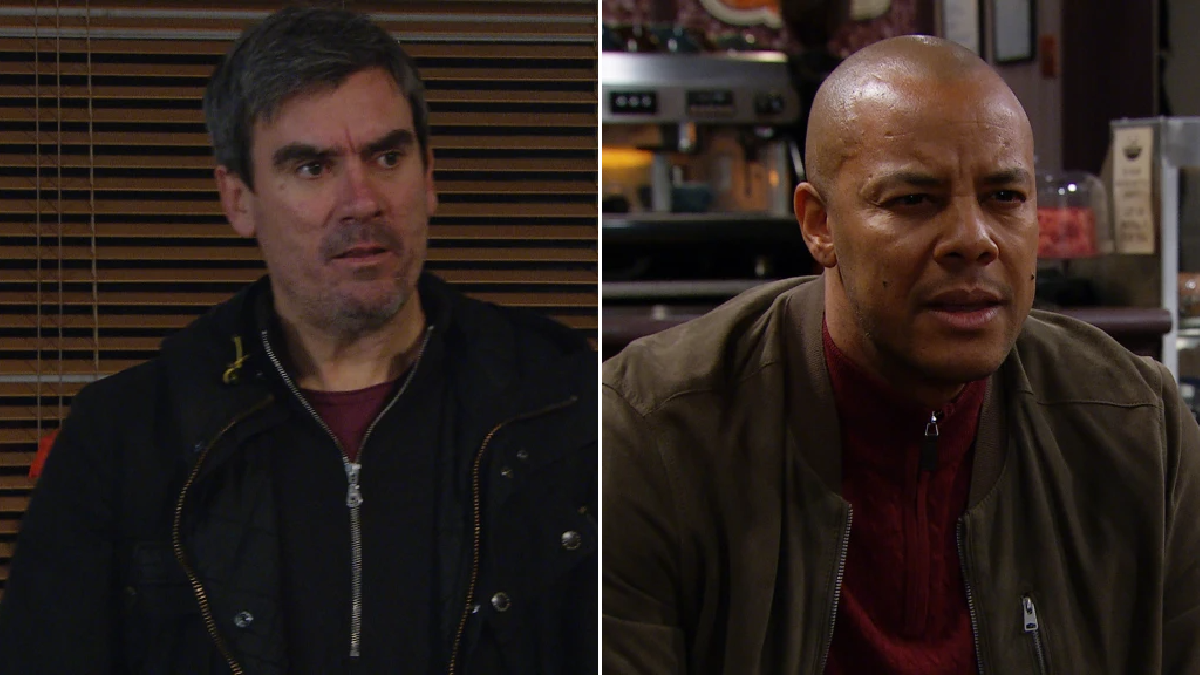 The recent affair aside, Cain and Al have been at each other’s throats for months, largely taking great pleasure in winding each other up through somewhat petty revenge plans (we said what we said).

Bring the affair with Al and Chas (Lucy Pargeter) into the mix and well, suddenly the intensity has increased.

When Cain discovers Al and Chas have been having an affair next week he is understandably furious, but his emotions are increased as he’s also grieving following Faith’s (Sally Dexter) death.

The mix of emotions and trying to process his sister having an affair with his enemy, Cain sees red and faces Al with a shotgun in his hand – and it will go off.

Whether it’ll go off in Al or Cain’s direction is something we cannot reveal (obviously, come on) but here, Jeff Hordley talks us through those scenes and what may happen next if Cain commits a murder.

Making reference to how haunted Cain became after thinking he had killed Joe Tate, he said: ‘It would be worse. If that were to happen, yeah definitely’.

‘During those scenes, he tells Al, “don’t turn your back on me, otherwise I’m going to use this”. And Al turns round and looks at the gun as if to go, “come on”. Then Cain concedes and goes, “this? This was just to get your attention” and he puts the gun down and rests the gun on a hay bale while the two of them talk it out for the next scene while taking their jackets off and getting ready to fight.

‘He brings him into the barn with the shotgun just to frighten him, really. Just to make a point. Because in the end he puts the gun down and they have a good old-fashioned, taking off your jackets, rolling up your sleeves, getting ready to fight moment.’

And we can’t wait.