AFTER an incredible summer of sport, England’s Euro heroes deserve the chance to let their hair down – and I’m told they’re doing it in real style. 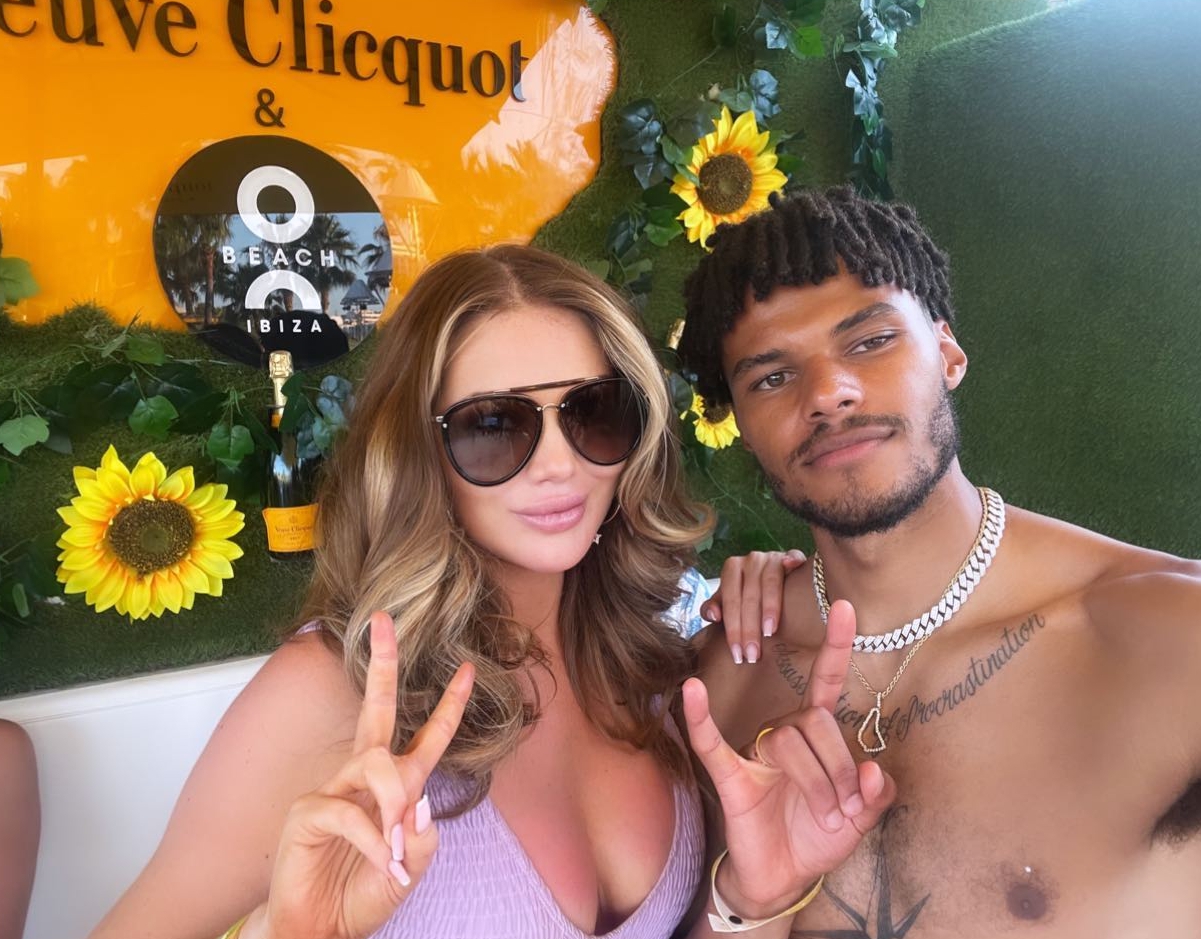 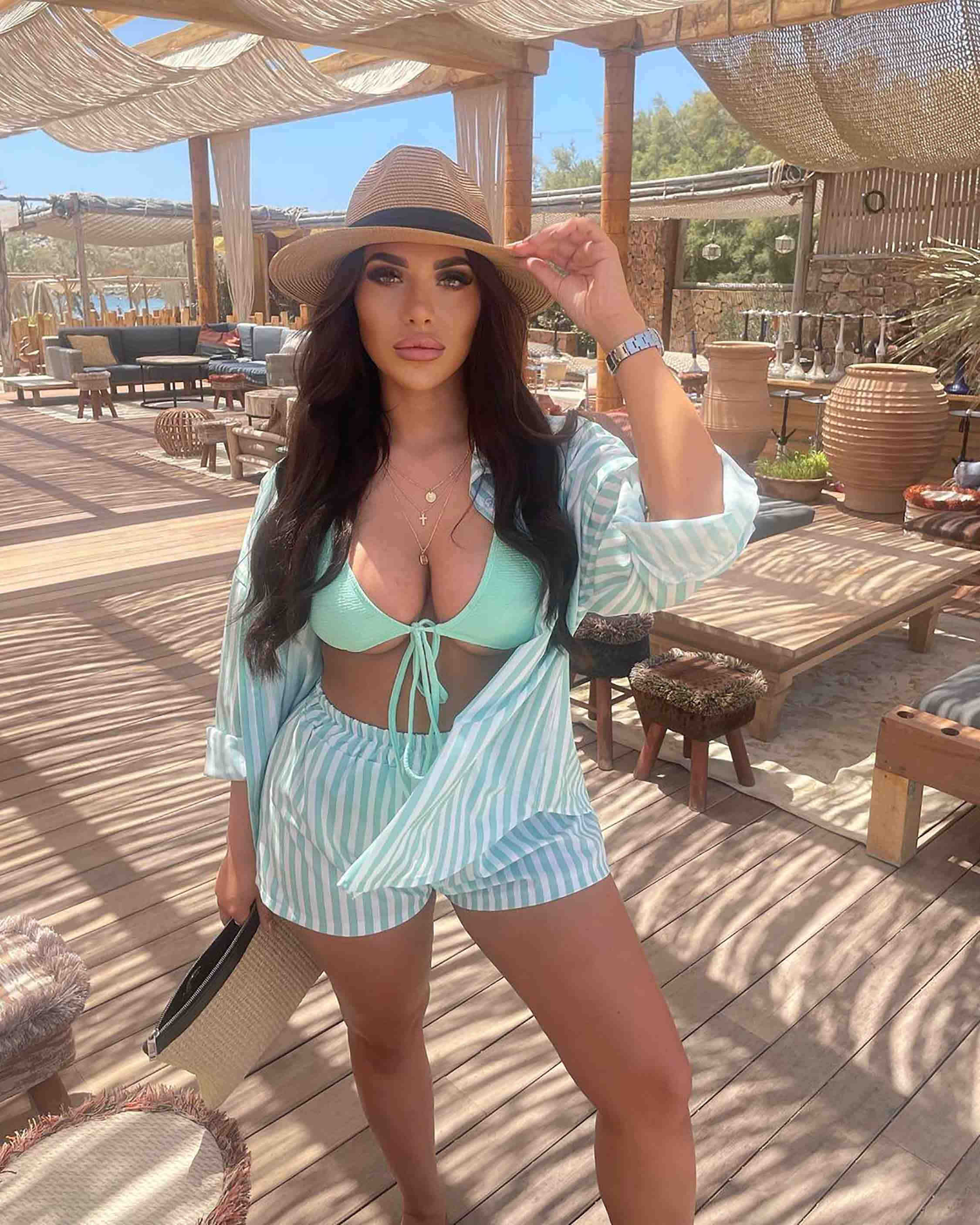 But the lads aren’t the only glamorous faces partying at the hotspot’s hottest haunts. I’m told they linked up with a host of TV stars too, including Towie favourite Chloe Brockett, who have been partying in the same smart bars.

An onlooker said: “Everyone seems to be out there at the moment, and they’re all partying together. The footballers are the toast of the town and rightly so, but the TV girls can give them a run for their money. Everyone is getting on well and really hitting it off.”

My spies spotted him with his arm around the beauty at the popular Principote Beach Club. They were seen deep in conversation and looked like they had really hit it off.

But whether it’s a holiday romance or has long-term potential remains to be seen. My insider added: “It has been a tough few months and they needed to unwind after the pressures of the Euros before the season starts again.

“Kelsey is stunning, so it’s no wonder that she caught his eye. She is there on holiday with pals too, having flown in from the States. But they have followed each other on social media and it seems like they’re keen to stay in touch.”

He is believed to have stayed single since splitting from Love Island star Joanna Chimonides in 2018, a year before she entered the ITV2 villa.

But it doesn’t seem like that’s put him off dating another influencer. Kelsey has racked up 2.9million followers on Instagram — with Lottie Moss and Paris Hilton being among them.

Clearly she is no stranger to rubbing shoulders with celebrities names like Ben. But coming from a country that isn’t renowned for its love of football, it might take some explaining for him to teach her the off-side rule. 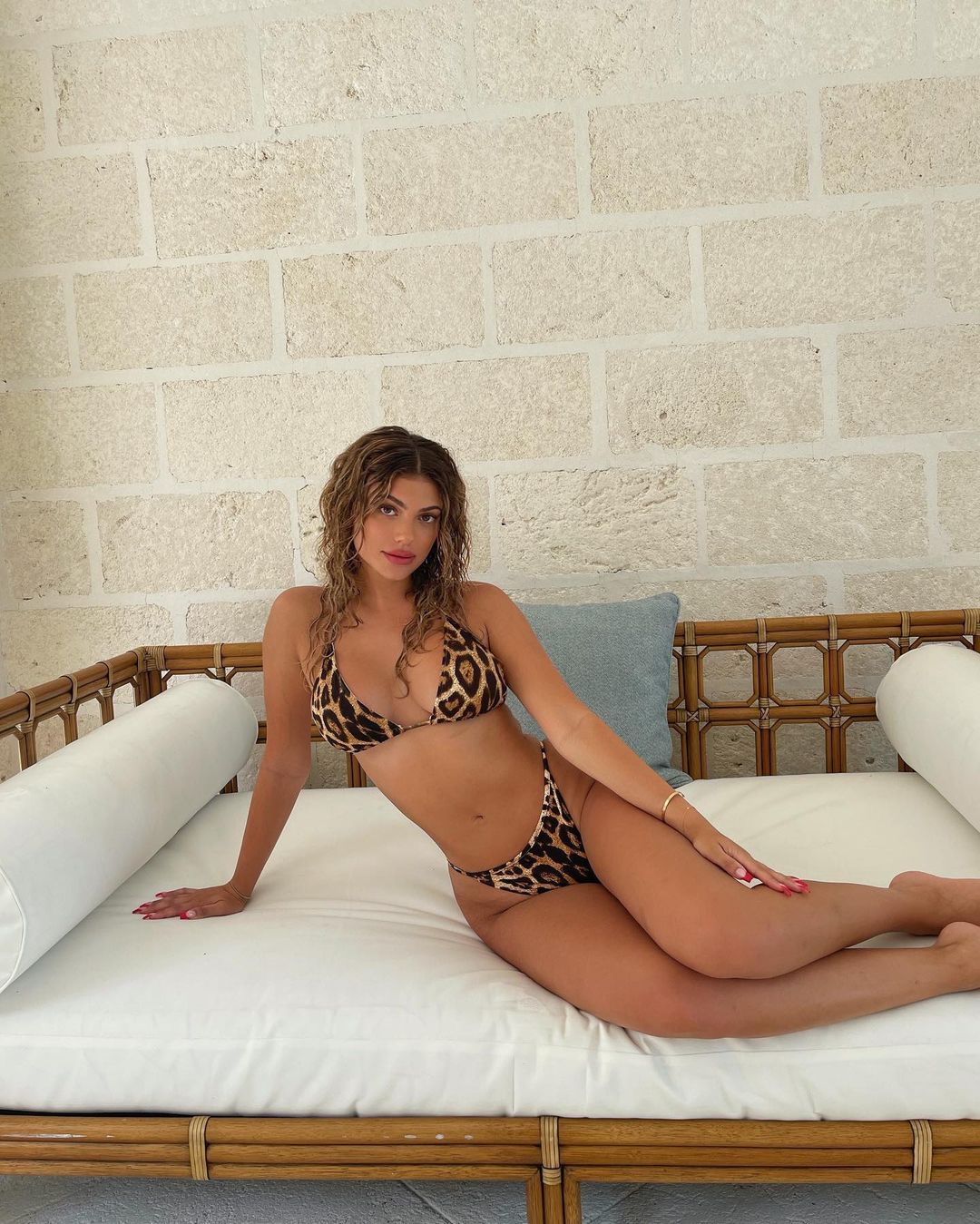 ANNE-Marie released her second album Therapy yesterday – and now British DJ and producer 220 KID is hoping he will finally get to work with her.

He has said they are planning to make a track together but teased it is Lewis Capaldi, currently working on his own second album, he is desperate to get in the studio with after they became mates.

In an exclusive chat, he said: “Anne-Marie has got her album and we’re going to try to do something after that. I’d love to do something with Lewis. I’m not sure how the two styles would marry up, but he has the perfect emotional tone for telling the saddest heartbreak stories, and that’s where my music comes from.”

But 220 Kid, whose single Unconditional is out now, teased he has one superstar project already in the bag.

He added: “I really want to do something with Diana Ross. Hopefully we’re doing a remix for her new album.”

AVA Max only dropped the eerie video for her current single Everytime I Cry yesterday – but more new music is not far away.

The Sweet But Psycho singer, who posed in this burgundy outfit on the video shoot, is hoping for a collaboration with Charli XCX after they wrote tracks together. 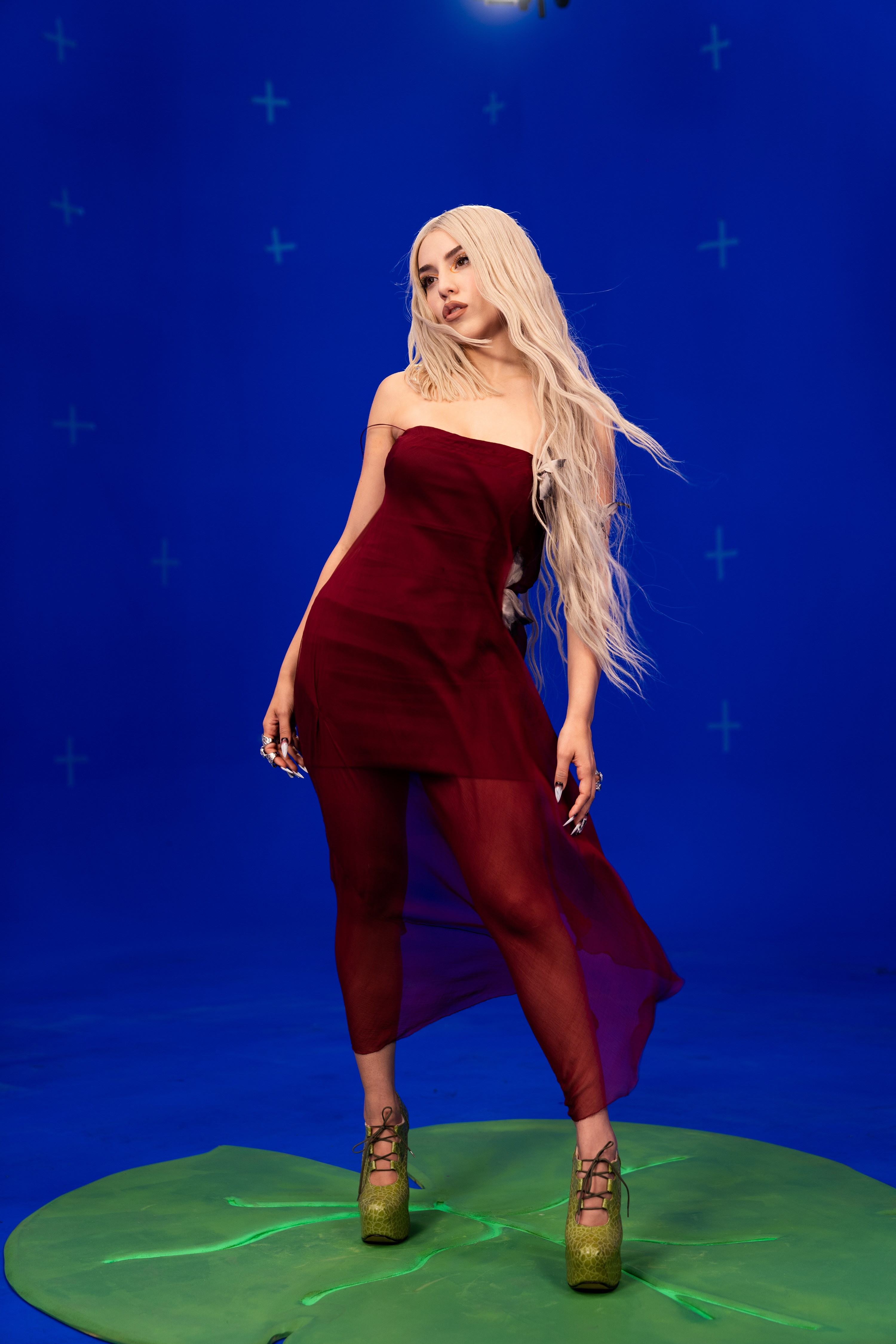 Gushing about Ava last month, Charli said: “Let me tell you: Ava. Max. Can. Write. Melodies. For. Days. Hooks on hooks on hooks. A great pop writer. Honestly, every melody that came out I was like, woah sick. Genius.”

In an exclusive chat, Ava said: “I would love to work with Charli, she is so talented.”

This is a duet I am very much looking forward to.

Anya's tale o joy with Malc goes up a gear

ANYA Taylor-Joy’s romance with rocker Malcolm McRae is clearly flourishing – and I’m told he has practically moved into her LA home.

The Queen’s Gambit actress has kept their relationship low-key and hasn’t spoken about him publicly. But those close to the pair say they are head-over-heels in love.

A source close to Anya said: “They are inseparable and spend all of their time together. Her schedule is really hectic because she is so in demand following The Queen’s Gambit, but he is always there for her.

“Malcolm is practically living with her at her home in LA now and they spend every night together.

“She also went to see his band MORE play a few weeks ago – they are really supportive of each other’s careers. Things are getting really serious between them and she seems super-happy.”

The couple were first spotted together in May when they were photographed kissing in the street in New York. Her celebrity credentials have soared over the past 12 months, and now Malcolm could be about to hit the big time too.

His band have been signed to major record label Warner. If that works out for him, they could be the next showbiz power couple.

BRIT Award winner Arlo Parkshas tested positive for Covid, just a day after telling of her joy about being nominated for the Mercury Prize.

The London-born singer has now had to pull out of planned shows at festivals Latitude and Standon Calling this weekend, as well as a concert in Norwich.

She wrote on Instagram: “As recommended, I’m now stuck in isolation, sniffling in bed, feeling very upset to have let all you angels down.”

LIL NAS X has made another outrageous music video – this time featuring him dancing naked in prison showers.

The rapper dropped the clip for Industry Baby yesterday.

It follows his controversial vid for Montero (Call Me By Your Name) in March, which had him lap-dancing to the devil.

The gratitude for Latitude

NEVER have I been more pleased to catch sight of a Portaloo. The terrible, flat beer sipped from a paper cup tasted great. And, of course, live music in a field sounded so good.

Festivals were back in Suffolk yesterday thanks to the good people at Latitude. The sun shone, there were queues everywhere and the shuttle bus took an hour to get from the nearest train station to the venue. But it was worth it. 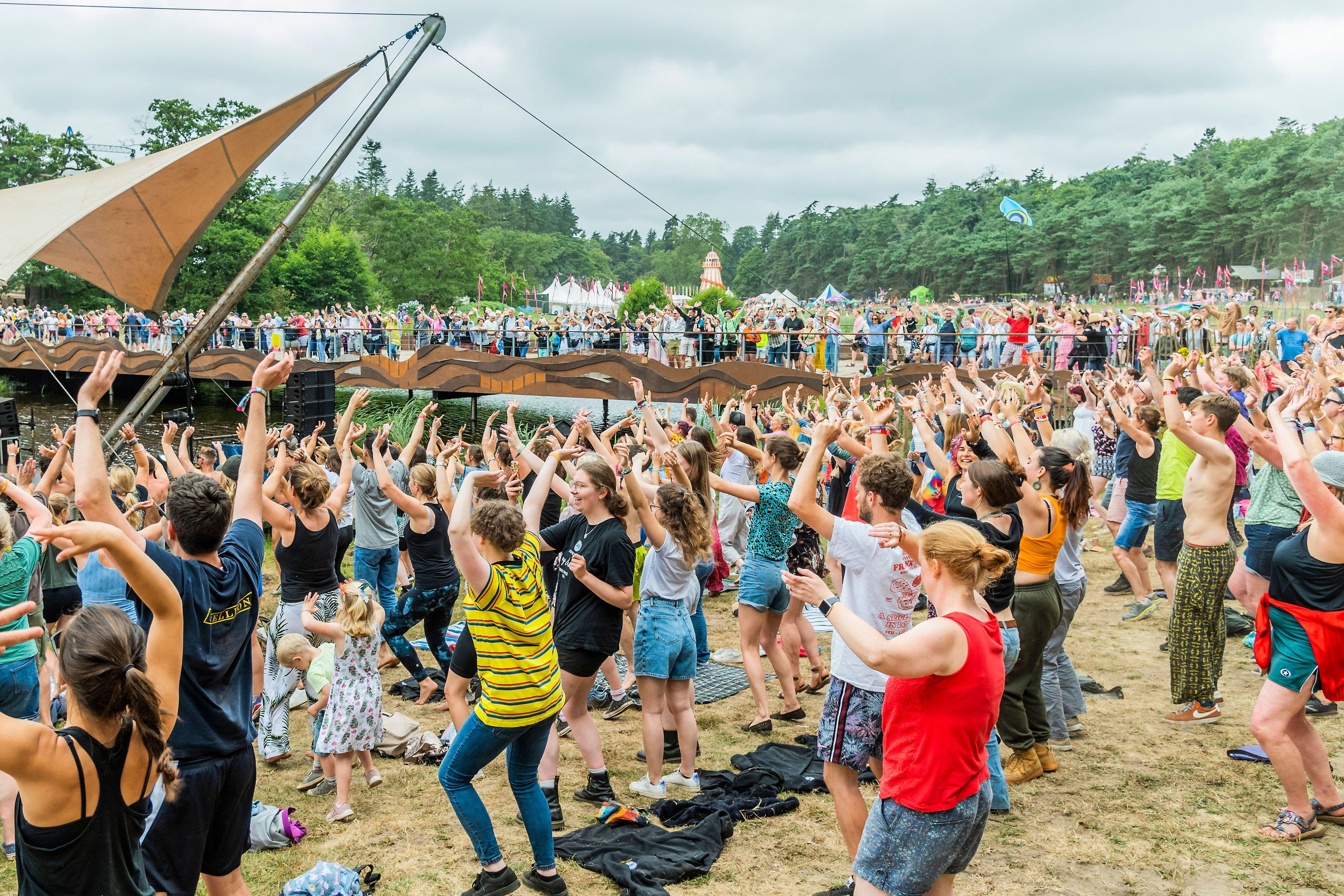 I watched the brilliant Mabel, Wolf Alice and Hot Chip – who were among the excellent names to finally kick off festival season – from the Barclaycard Lookout.

Bastille, The Chemical Brothers, Kaiser Chiefs, Rudimental, Supergrass are on over the weekend. And there will be performances from comedians including Katherine Ryan and Joel Dommett.

It’s a surreal feeling, but it’s so good to be back.