The current season of Grey’s Anatomy has featured a lot of old favorites (thank goodness). Abigail Spencer came back as Megan Hunt, and the queen herself, Kate Walsh, also returned as Addison! But as Grey’s fans have come to expect every year, the question about whether the show would get another season was still a bit up in the air. Would Grey’s continue? Would Ellen Pompeo come back? Will this finally be the year the Grey Sloan crew hangs up their scrubs for good?

Here’s what we know about Grey’s Anatomy season 19—not to be confused with Station 19, obviously.

Is Grey’s Anatomy even getting a season 19?

Yes!! We just got confirmation that Grey’s will, in fact, be back next year, and Ellen is returning.

It wasn’t always totally clear whether that would happen though. In May 2021 at a press conference ahead of season 18, Craig Erwich (aka the president of ABC Entertainment and Hulu Originals) said the following, according to Deadline, when asked if the new season of Grey’s Anatomy would be its last:

“Grey’s Anatomy continues to be a ratings juggernaut. The fans loved this season. I thought Grey’s Anatomy did a really incredible job this year telling the stories of all the frontline heroes who are fighting the good fight (against) Covid. We will take Grey’s Anatomy for as long as we can.”

So who’s coming back?

Lucky for us, Deadline reported back in May that ABC closed new contracts with Ellen Pompeo as well as her fellow original cast members Chandra Wilson and James Pickens Jr., so they will all be back for sure. (Major props to Ellen herself. Look, I’m not a lawyer, but it seems like she’s been treating her future on Grey’s Anatomy like an apartment lease and taking it year by year. She’s getting that money.) 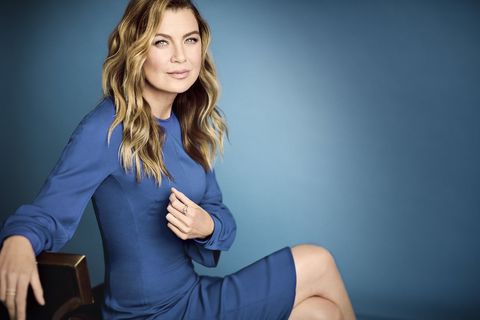 While we’re talking contracts, Kim Raver, Camilla Luddington, and Kevin McKidd are on paper through a possible season 19. Aren’t contract negotiations a fun way to speculate about what’s going to happen to your favorite fictional characters? Get the popcorn! Anyhoo….

Is there anyone new joining the cast?

A new round of residents will be making their way to Grey-Sloan and some of them are even familiar faces from some of our other favorite shows.

Midori Frances, who starred in Dash and Lily and The Sex Lives of College Girls, will be joining as Mika Yasuda, a first-year surgical resident. According to TVLine, she is “a middle child with eight siblings, Mika is used to ‘being overlooked and underestimated — and uses it to her advantage. She’s dealing with overwhelming student loans from med school, but she’s scrappy and confident that she can make it in the program and rise to the top.'”

Adelaide will be playing Jules Millin. “She was raised by drug addled artist/hippies and somehow emerged as the only real grown-up in the family. Because she always had to take care of herself and her parents, she can be a little bossy – but her heart is always in the right place. She’s not afraid to break the rules to save a life, and sometimes it gets her in trouble,” according to Deadline.

Niko is Lucas Adams, “the charming black sheep of his family. Likable to a fault, he has a great mind, but doesn’t have the grades to match. He’s determined to prove himself as a surgeon, just like many in his family that have come before him, but he will have to stop relying on his people skills and put in the work.”

Alexis plays Simone Griffin, “a new first-year surgical resident at Grey Sloan. A funny, whip smart, high achiever with a complicated family dynamic. She grew up in Seattle, but never wanted to work at Grey Sloan because of a painful personal history with the hospital.”

Sounds like it’ll be a very interesting and intense year for these newbies.

When will season 19 air?

ABC recently announced their entire fall lineup and revealed that Grey’s Anatomy will be back on Thursday, October 6 at 9 PM ET/PT. So mark your calendars!

So how long will this show go on?!

It seems like Grey’s Anatomy will continue as long as Ellen wants and could potentially try to go on without her if she did ever want to retire. There are plenty of other members of the extended Grey-Sloan family to keep the series true to its title. Honestly, Ellen could leave and Kate could stay on as, if not the titular character, the proverbial lead of Grey’s Anatomy going forward.

These shows, Grey’s included, are well-oiled machines. There’s no reason to fix what isn’t broken…so get on it, ABC!