Home » TV & Movies » ‘How long can we keep doing it for?’ Harry Redknapp questions footballers taking the knee

Harry Redknapp shares thoughts on taking the knee at football

Former football manager Harry Redknapp was questioned about his thoughts on England players taking the knee before each of their match as they Euros 2020 get underway. The England team could be seen kneeling at the start of their game against Croatia on Sunday and were met with a mixture of cheers and boos from the crowd. Speaking on The Great British Breakfast Harry explained he wasn’t sure how effective the move was in stopping racism in football.

He told host Kirsty Gallacher: “I just wonder how long we keep going. Like most, I’m against any form of racism but I’m not sure if we’ve made the point. How much longer do we go on with it?”

However Harry insisted he would support “anything that can eradicate racism out of sport”.

He went on to hit out at those who shared their disapproval over the players taking the knee.

“I hate when people are booing it,” Harry remarked. “It’s not a good way to start a football match. It’s totally wrong that they do that.” 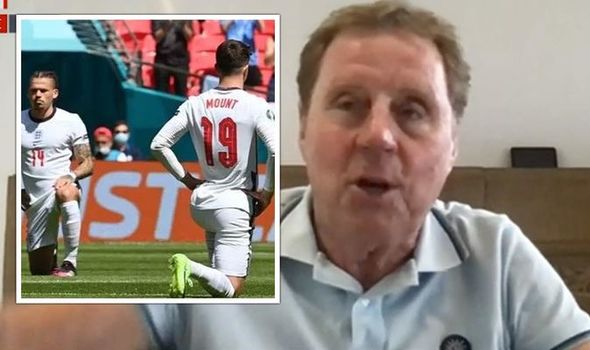 Harry, 74, concluded he felt it may be time to move on though and try other ways to stamp out racism.

“We have to look somewhere else,” he said. “It can’t go on forever can it?”