Broadway production is being investigated by the labor union for alleged harmful environment for trans, non-binary communities 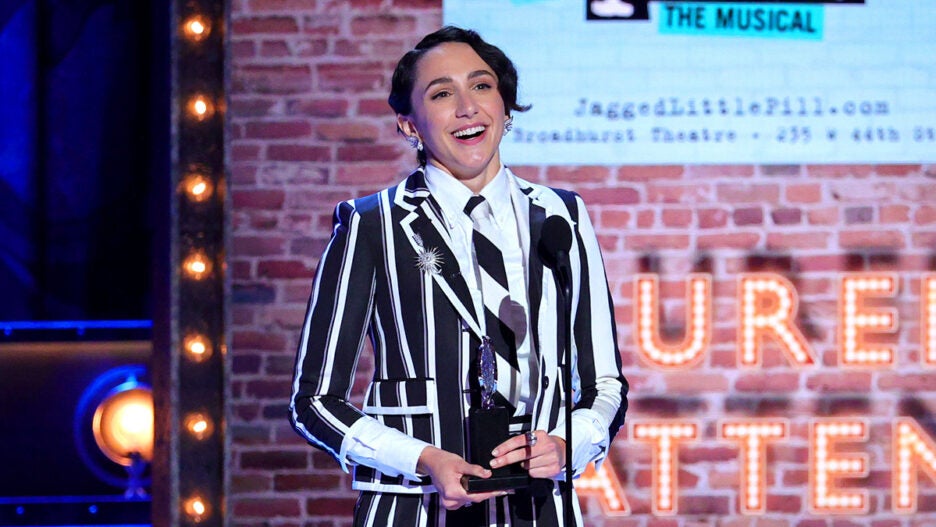 Star of “Jagged Little Pill,” Lauren Patten, took home a Tony on Sunday for Best Actress in a Musical, but her win sparked an internet firestorm.

Patten’s award comes as the Actors’ Equity Association announced on Sunday that it had launched an independent investigation into the production after former cast members alleged that management intimidated and forced them to delay critical surgery. Actors Nora Schell and Celia Rose Gooding have claimed that the workplace was harmful to the trans and non-binary community onstage and off.

In accepting her Tony, Patten acknowledged the controversy around the show. “It is also a strange time for awards,” she said. “We are in the middle of a reckoning in our industry. And first and foremost I want to thank my trans and nonbinary friends and colleagues who have engaged with me in difficult conversations that have joined me in dialogue about my character Jo.”

“I believe that the future for the change we need to see on Broadway comes from these kinds of conversations that are full of honesty and empathy and respect for our shared humanity,” she said.

But critics on social media were disappointed by her win, with some suggesting she should have dropped out of the show and declined the award.

Schell said on social media that they were repeatedly “intimidated, coerced, and forced by multiple higher ups to put off critical and necessary surgery to remove growths from my vagina that were making me anemic.”

Schell said that they were told by the gynecologist that they needed polycystic ovarian syndrome surgery, but the stage manager and creative team disregarded this. “When I relayed the possibility of these growths returning/needing surgery again in the future, I was met with exasperation and told that if I had to take off, it wouldn’t be considered paid medical leave.”

Schell said they don’t plan on returning to the show in October when it reopens, and Gooding announced that her performance on Sunday’s Tony Awards will be her last as Frankie Healy.