Joe Manganiello was never meant to be in Justice League, not the version released in theaters in 2017 nor the original vision that became Zack Snyder’s Justice League. “A lot of people don’t realize I actually wasn’t technically a part of the original Justice League,” he tells ET’s Nischelle Turner. “I was cast in Ben Affleck’s Batman to play the villain, and we shot a scene to tease our mashup that was going to appear at the end of the film.”

When Affleck was set to direct and star in his own standalone film, he tapped Manganiello to play DC’s deadliest assassin, Deathstroke. The scene he shot saw the actor suited up as Deathstroke and meeting with Jesse Eisenberg’s Lex Luthor, who revealed to him Bruce Wayne’s secret identity. “Now, that movie did not happen,” Manganiello explains. Affleck dropped out and the project became Robert Pattinson’s The Batman.

“Once Batman got cancelled, I kind of wrote it off and thought, ‘This is over,'” he adds. “I had actually shifted gears and started working with the studio on an origin film for Deathstroke.” Manganiello linked up with director Gareth Evans (“who I am a huge fan of,” he says. “I worship at the altar of Gareth Evans”) to get that project off the ground. “He wanted to shoot an origin film for Deathstroke with me in the air of The Raid. It was its own separate story, so it isn’t necessarily a part of that universe. It was its own separate part.”

“That also didn’t happen. So, I just let it go,” Manganiello says. “And two weeks before Justice League came out theatrically, I got a call from one of the executives who said, ‘Oh by the way, we re-tooled the scene, and it’s back in at the end to advertise a Justice League 2 movie,'” he recalls with a chuckle. “I said, like, ‘You could have told me…'”

Afterward, Manganiello’s Deathstroke was positioned as the “main villain” in multiple different versions of a Suicide Squad sequel. “Which didn’t happen,” he laughs. “There’s a trend here!” But then, in 2020, WarnerMedia announced that it would be releasing the so-called Snyder Cut, with Snyder returning to complete Justice League as he’d always intended. That included restoring Deathstroke and Lex’s original scene, though Snyder had bigger plans for the former. 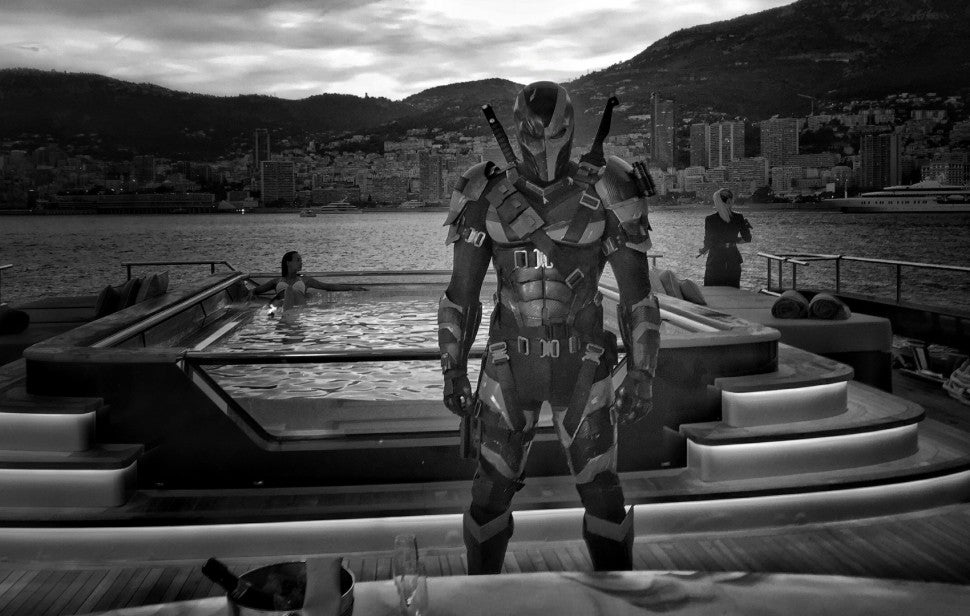 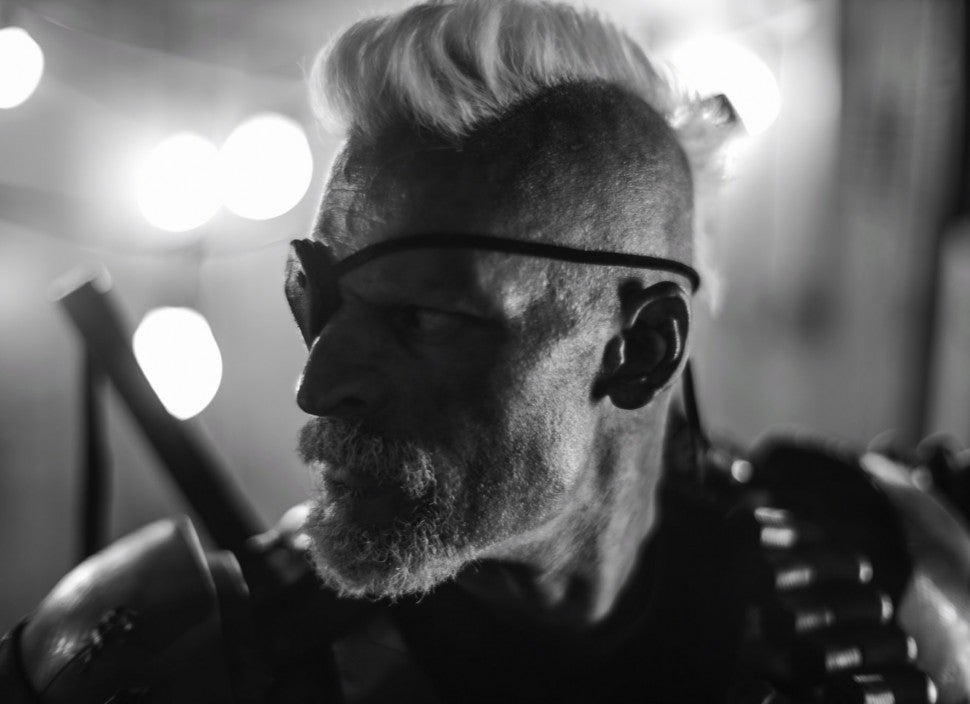 In the interim, Snyder had cast Manganiello in an animated prequel series for his Netflix movie, Army of the Dead. “Zack and I were working on that,” Manganiello explains, “and he said, ‘Hey, I have this other thing that might be going on. Would you want to play Deathstroke again?’ It was this call out of nowhere, four and half years later, asking me if I wanted to put the suit back on.”

“I said, ‘Yes, but I’ve had a lot of time to think about the character. There’s a few things that I would like to do,’ namely the mohawk,” he says. “As an actor you want to put your stink on things. When you look at what Tom Hardy got to do with Bane, that was a very unique take on that character. Or Heath Ledger’s Joker was unique to him. I had ideas and things that I wanted to do with Deathstroke and although I would appear briefly in this new version, I wanted to start placing those things, in case.”

In the one new sequence shot exclusively for Zack Snyder’s Justice League, Manganiello’s katana-wielding mercenary appears, yes, with a mohawk, alongside Affleck’s Batman and Jared Leto’s Joker as they take on a villainous Superman in an apocalyptic Knightmare sequence. “Now I am actually, technically, a part of the Zac Snyderverse,” the actor says.

As for what comes next for Deathstroke? “Unfortunately, I don’t own the IP,” Manganiello deadpans. But, “I think fans appetites are wetted for more. They want more.”

In the meantime, Manganiello can be seen in the indie film, Shoplifters of the World, a passion project for the actor in which he plays a radio DJ, Full Metal Mickey, who is held at gunpoint after The Smith break up and is forced to play the band’s music all night. “Which my character hates,” he says, “but I love in real life!”

Zack Snyder’s Justice League is now streaming on HBO Max. Shoplifters of the World is in theaters and on demand March 26. Watch an exclusive clip below.