KANYE West and his new flame Julia Fox enjoyed a PDA-filled night out in West Hollywood on Wednesday evening.

The Uncut Gems actress, 31, showed off the huge "cello" tattoos on her back at Delilah's on Wednesday while wearing a pair of ultra low-rise leather pants. 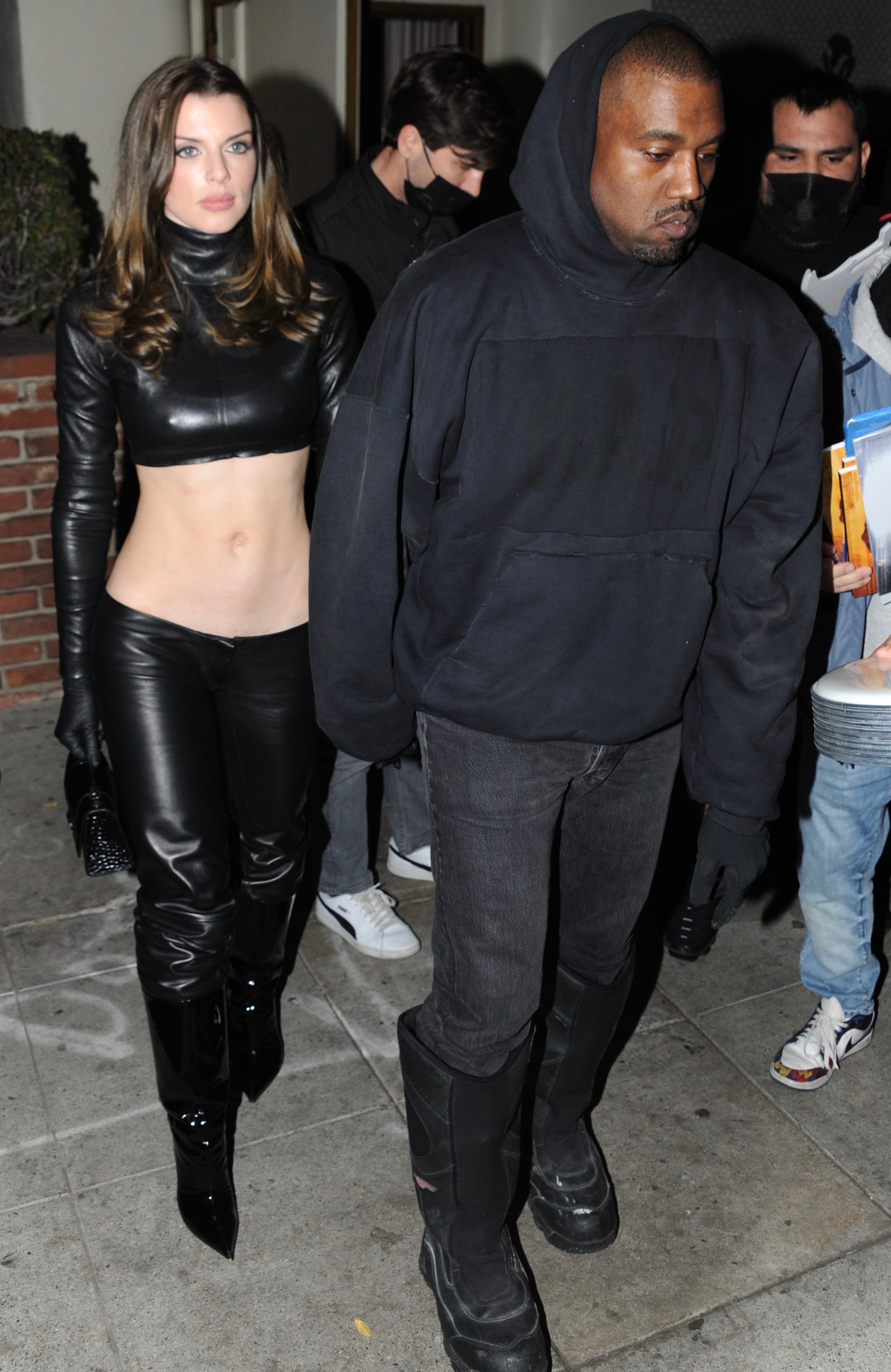 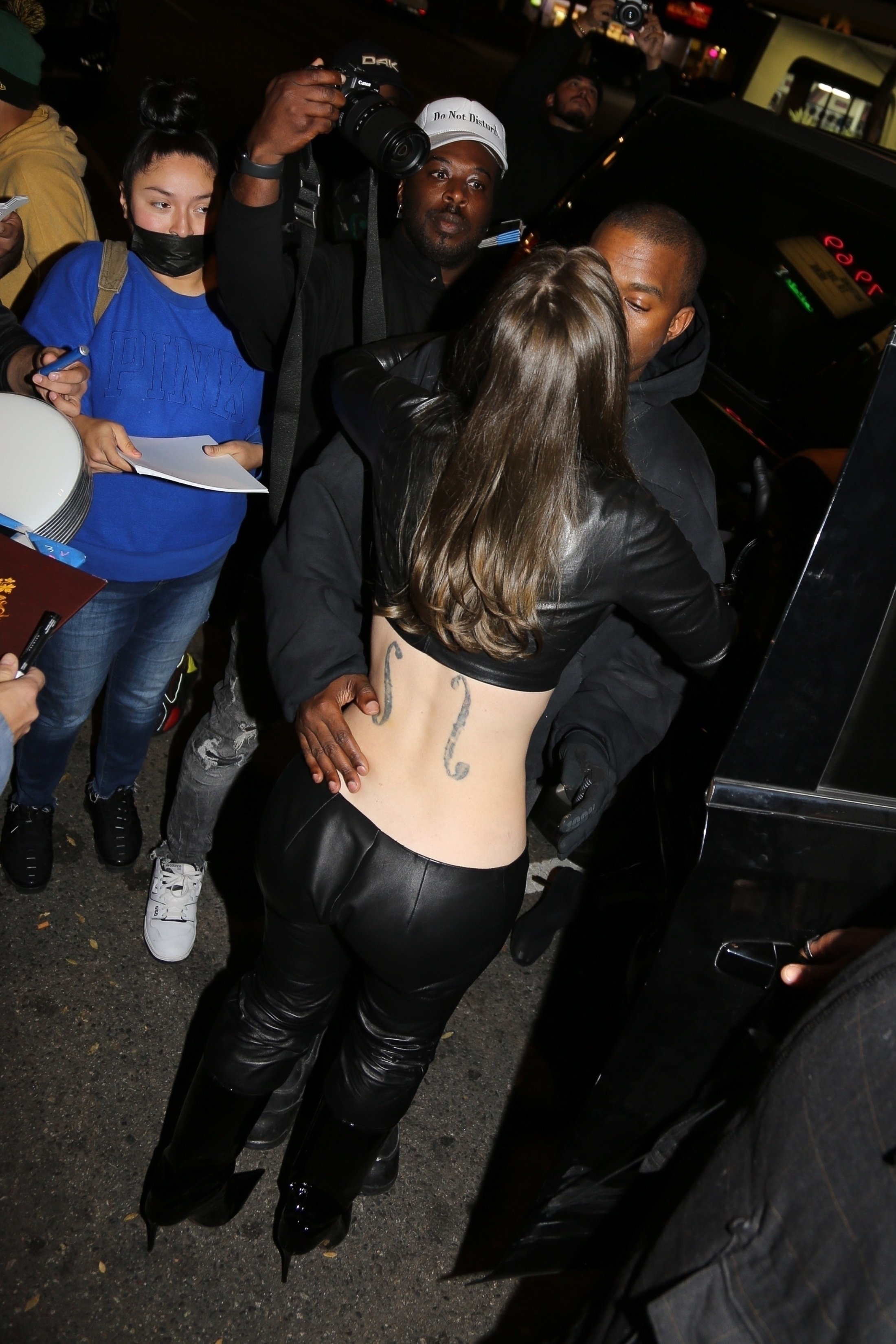 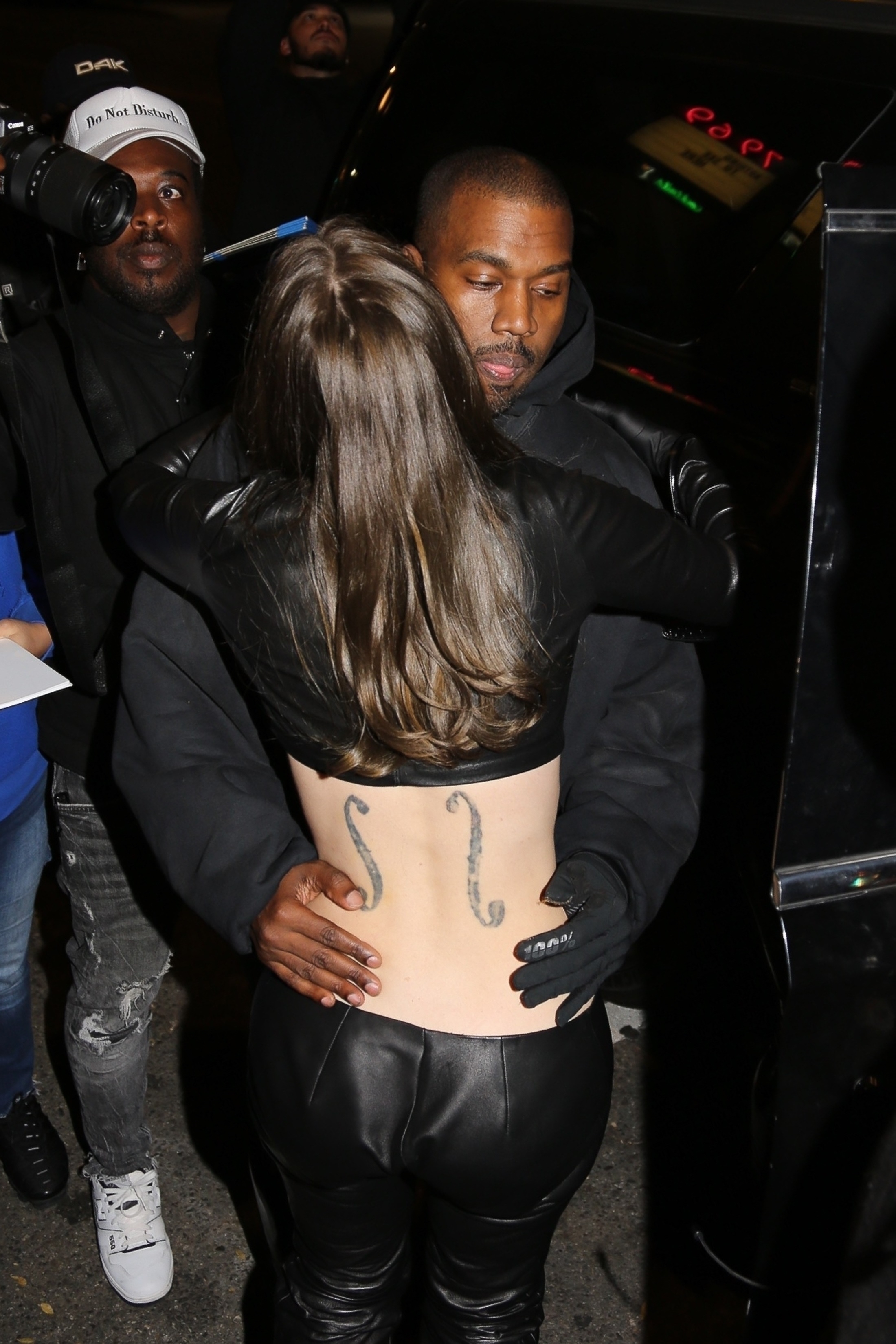 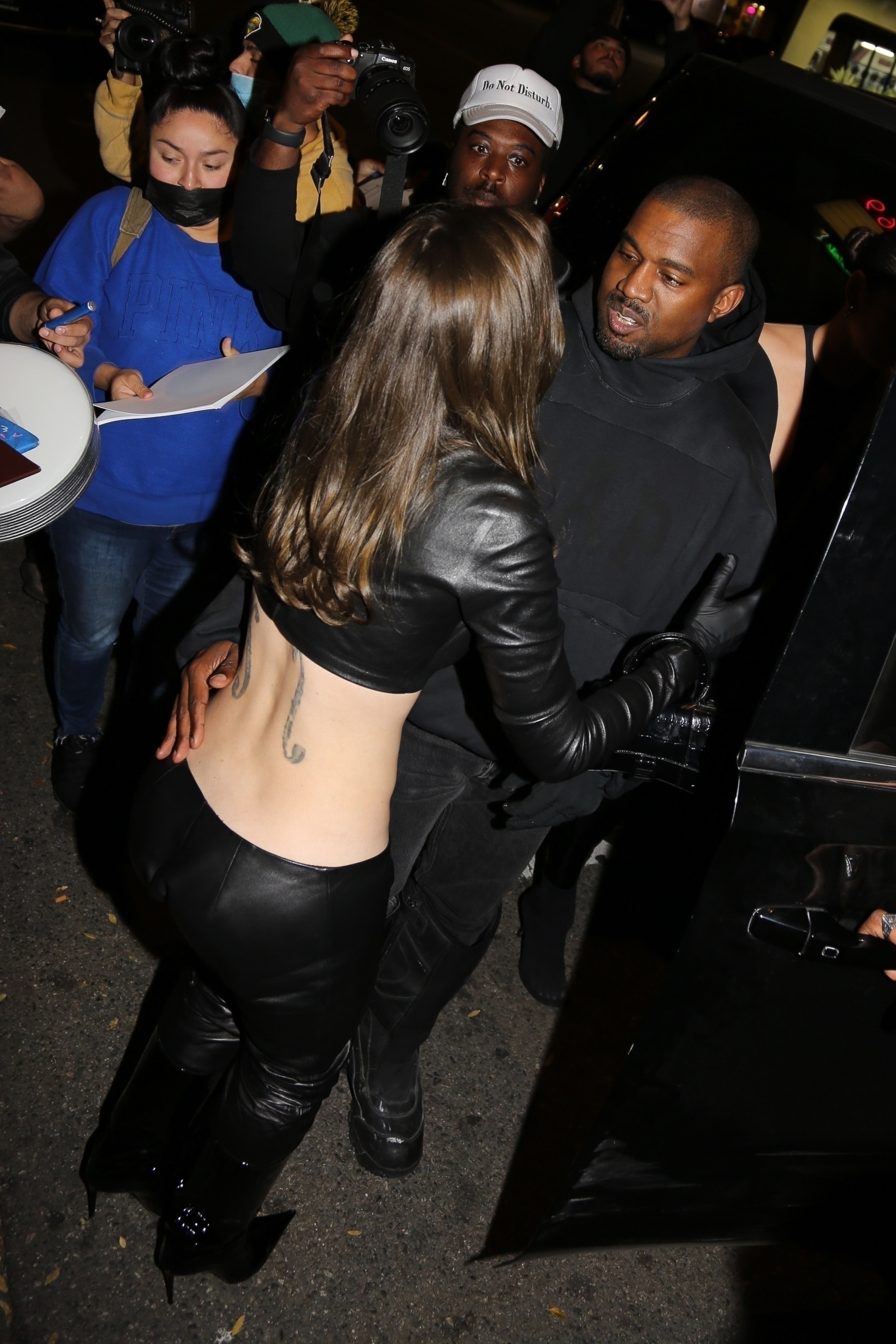 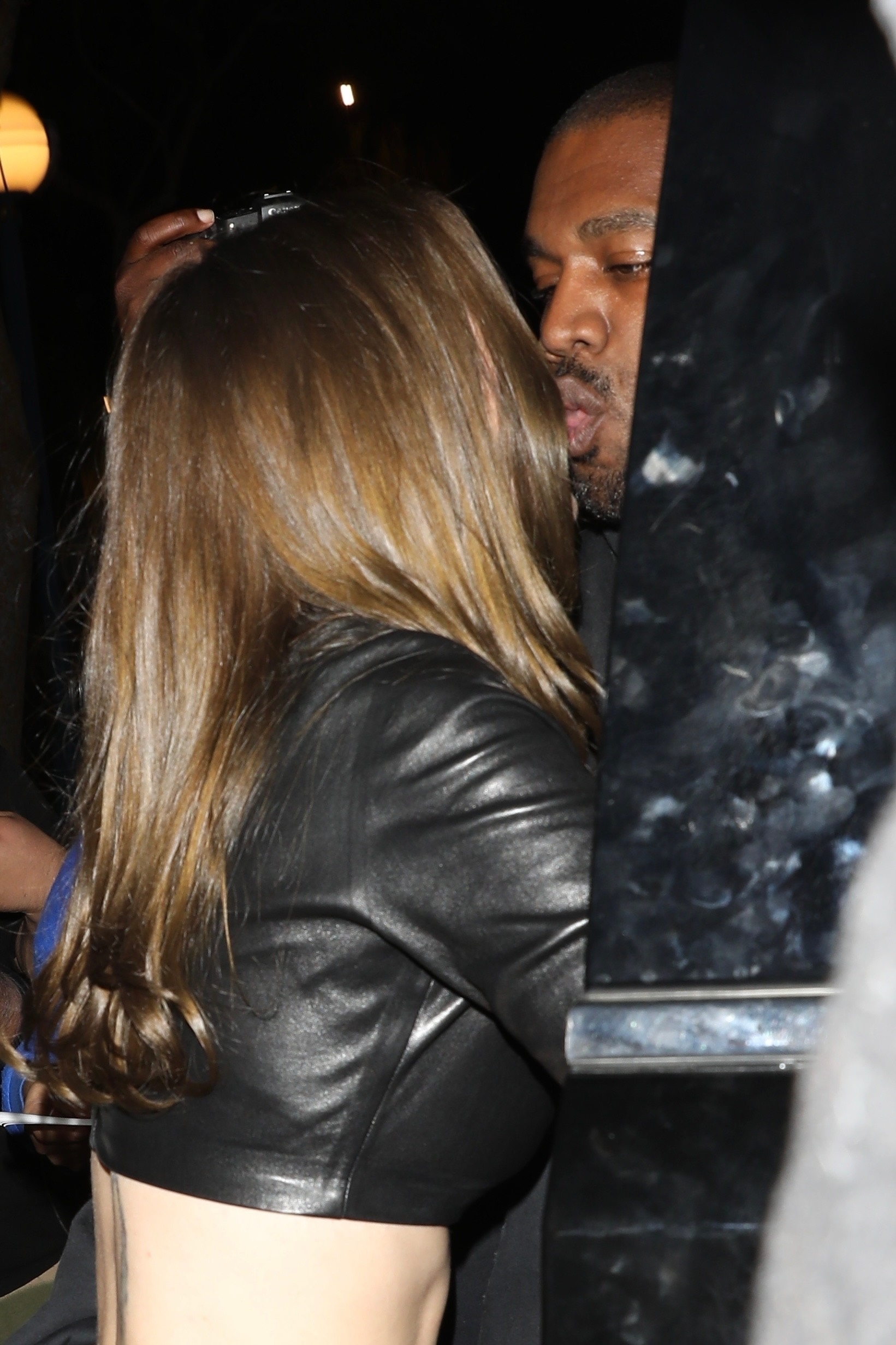 Julia teamed her pants with a matching black crop top and gloves and completed the look with knee-length boots.

The Donda rapper, 44, and actress left the exclusive venue hand-in-hand after dinner and put on a tactile show for the cameras outside.

Julia leaned in to give Kanye a kiss on the lips, while the father-of-four grabbed her waist.

The new couple – who met on New Year's Eve – enjoyed a star-studded night at Delilah's, rubbing shoulders with Madonna and Floyd Mayweather as well as Kanye's pals Antonio Brown and The Game.

Evan Ross shared a video of Julia sitting on Kanye's lap as they all hung out inside.

In another photo, the mother-of-one wrapped her arms around the musician as the group posed for the camera.

Kanye sparked up a fling with Julia after they hit it off on December 31.

In an article with Interview Magazine last week, she explained: “I met Ye in Miami on New Year’s Eve and it was an instant connection.

"His energy is so fun to be around. He had me and my friends laughing, dancing, and smiling all night.”

Kanye and Julia kissed and cuddled up to each other in a steamy shoot that accompanied the interview.

The pair have been spotted on romantic dinners at both Carbone Miami and New York, and were even seen hitting a Broadway performance of "Slave Play."

The Sun exclusively revealed this week that Julia has an "uncontrollable energy" just like the outspoken rapper and they're "perfect for each other."

An insider exclusively told The Sun: "She has an energy that cannot be controlled, her and Kanye are perfect in that way. And she's a real IT girl, her femininity is her art and her power.

"She is incredibly creative, when you come up in Downtown New York City, you are surrounded by creative people."

The insider also added the actress runs in the same circles as fimmakers The Safdie Brothers and Leah McSweeney from RHONY.

"She's a visual artist as well as an actress, she had an amazing photography book out, Kanye is obviously a genius so it's no surprise he's into her.

She blasted him online as a "dead beat dad" late last year, which he denied in a statement to Page Six. 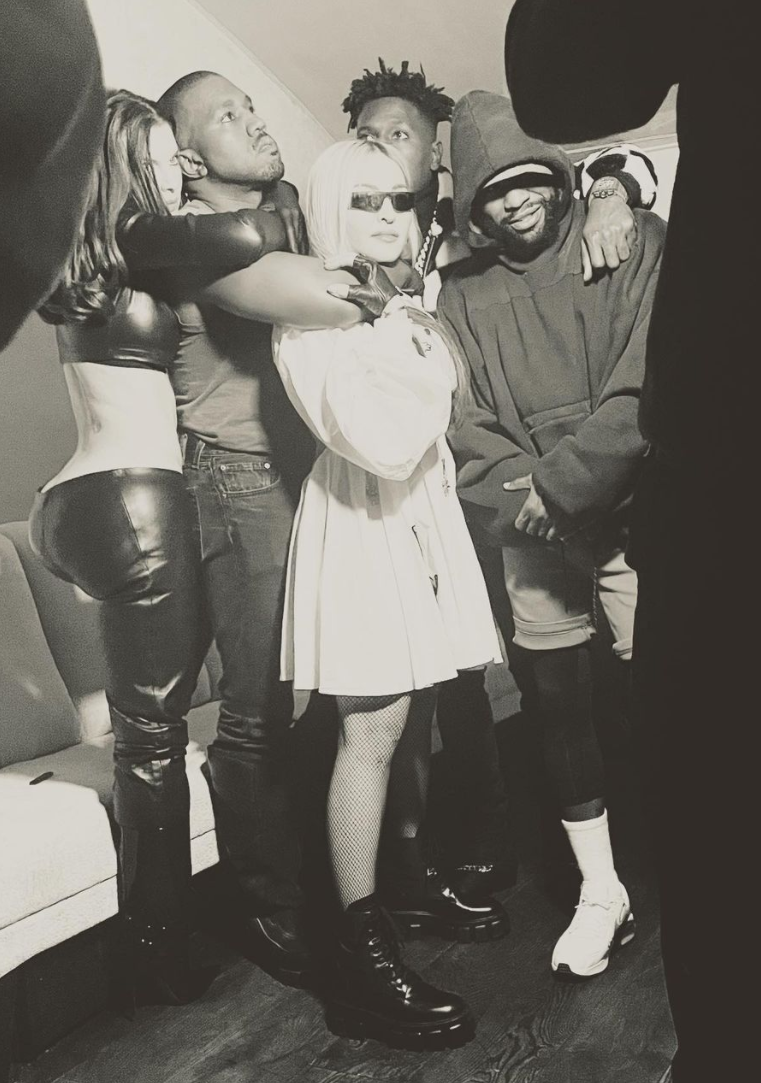 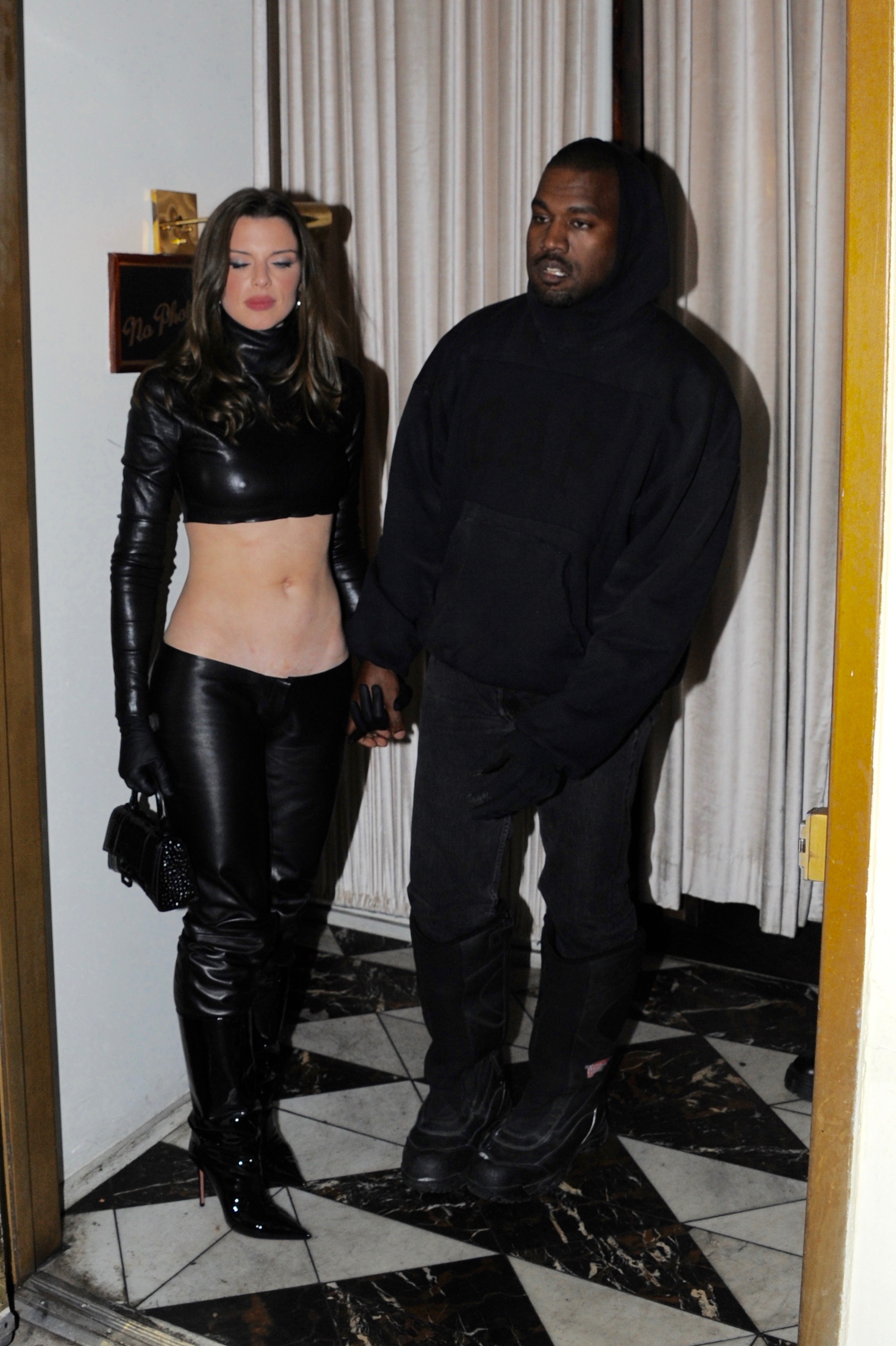 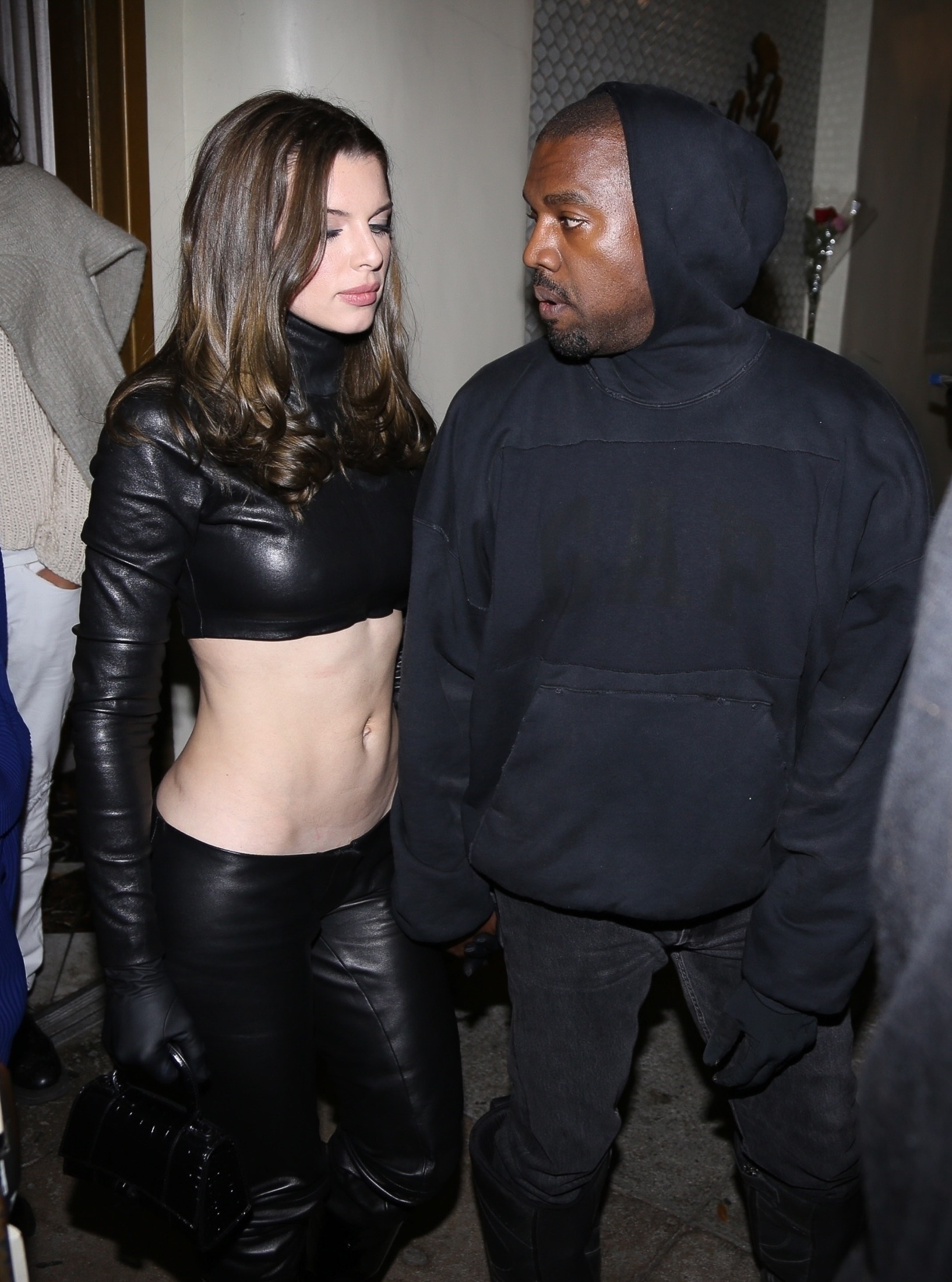