“Firefly Lane” is a series that, despite being set over several decades, reminds us of how things have painfully stayed the same. “It’s really interesting to watch the evolution,” series creator Maggie Friedman told IndieWire. “We’ve made so much progress, but we’re still fighting some of the same battles.” Those same battles include sexual harassment and rape culture that the characters Kate and Tully (Sarah Chalke and Katherine Heigl, respectively) navigate from their teenage years in the 1970s through to 2003.

It’s easy to see why Chalke and Heigl were the perfect actresses to play the grown-up versions of author Kristin Hannah’s characters since both actresses have been working in Hollywood since they were teenagers. “Sarah, she’s so endearing, and so lovable, and so funny,” Friedman said. “And Katie brings such a humanity to Tully — [and] that character, if not played right, you don’t love her because she does a lot of stuff that’s questionable.”

Heigl’s Tully Hart could easily be an outright villain, so desperate to become No. 1 that nothing stands in her way. But for Heigl, she felt there was an inner loneliness to the character. “It’s a really lonely life,” Heigl said. “To be so single-minded in her focus can often be a real detriment to her friendships.” Heigl explains that she certainly admires Tully’s determination and confidence, especially as a woman in her 40s, but that she doesn’t necessarily relate to the character. “She’s more pissed off than anything else and I kind of loved that she didn’t feel the need to apologize; she didn’t feel the need to explain or defend,” Heigl said.

Friedman was specifically interested in showing women in all their messy complexity, to explore questions of motherhood and friendship in a way that eschews the pretty and the trite. When Tully is threatened with being blacklisted, there’s a way for her to rise above that without sacrificing who she is. “There’s something very rewarding about getting to play that and getting to it,” Heigl said. Friedman said utilizing the different time periods showcased each character’s evolution. “In some ways they don’t change, and in other ways they’re able to overcome things,” she said.

“It [the book] just speaks to the things in me that I am passionate about, these relatable human experiences,” Heigl said. “I love really human stories that deal with he entire experience, not just the pretty, glossy version of it all but the heartbreak, and the failures, and the triumphs, and success.” 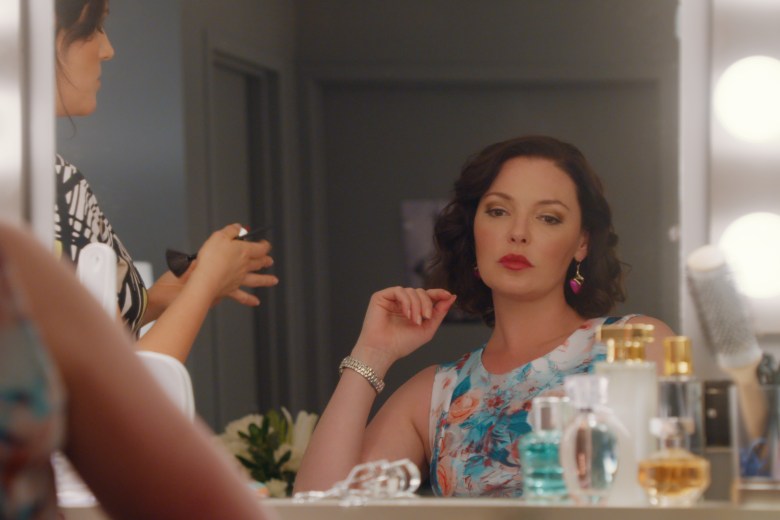 For Chalke and Heigl, working on the series was a chance to challenge themselves as performers, to get out of their comfort zones. And a key ingredient to that was the comfort and ease in working with a female creative like Friedman. For Chalke, whether it was performing karaoke or taking a nude dip into a swimming pool, having a woman overseeing the production brought an added air of relief. In a series examining how women’s roles have transformed, the actresses saw the fruits of that discussion on change happen on-set.

“We had an on-set intimacy coach,” Heigl said, specifically for a rape sequence involving two teenage characters. “I’d never even heard of such a thing, and when they explained it to me I was like ‘They should have always been here!’ It’s so funny what you get used to.” Heigl said the intimacy coordinator was a blessing, as was knowing that the teenage girl and boy who would need to play out the scene would feel protected and supported. “Often what we’re asked to do as actors, what we agree to do, reads differently than it feels in the moment,” Heigl said.

“I feel like it’s important through your whole career to have that,” Chalke said. “As you grow up you start to feel more comfortable with your own voice and saying, ‘Let me actually think about this. What are my boundaries? Where’s my line? That’s much harder to do when you’re young.”

Heigl agreed, especially as it’s harder to advocate for oneself when you are a younger actress. “When you’re really young you’re terrified to say no,” she said. “It feels totally different to me now. I feel like it’s my choice.” In response to Chalke’s swimming scene, which is filmed as if she’s nude, Heigl said nudity isn’t something she’d be willing to do — but had that been part of the conversation, she knows the actresses would have always been in the driver’s seat.

“I could say no,” Heigl said. “I did not feel bullied or pressured. I had so much control….and we had this incredible woman running this show who was totally on our side. She was never going to make us do one damn thing we weren’t comfortable with, and that’s huge.”