Law and Order fans were overjoyed when former star Christopher Meloni announced he would be returning as Elliot Stabler this year in a new spin-off series, Law and Order: Organized Crime. As Stabler hunted ruthless crime boss Richard Wheatley (played by Dylan McDermott), he got closer to Wheatley’s ex-wife Angela (Tamara Taylor), whose life was left hanging in the balance in the season one finale.

However, Angela’s life was again threatened by her ex-husband as he arranged for her to be poisoned in the hospital.

Angela was recuperating there after she was originally poisoned by her bath products while she was taking a shower.

Wheatley has been targeting his ex-wife for cooperating with Stabler on his case against him. 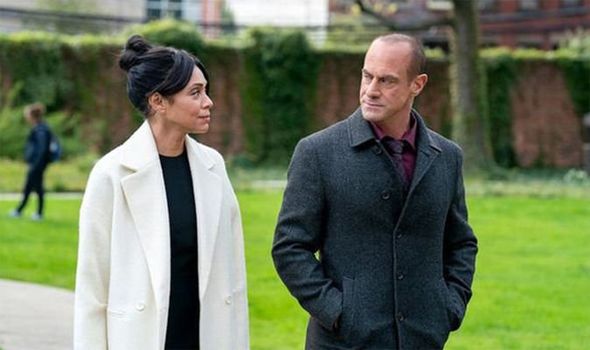 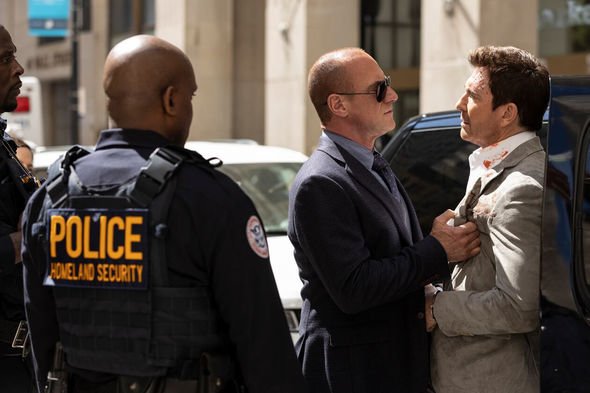 Star Taylor has now spoken about her character’s fate given the uncertainty which arose after the action-packed finale.

She told The Wrap: “Angela definitely had a rough day, being poisoned twice in one day is not ideal.

“I don’t know. Unfortunately, I don’t even know if I’m allowed to tell you her fate, hence the cliffhanger nature of the whole thing. I don’t know.”

While Taylor was unable to give a definitive answer about Angela in season two, it looks more than likely she’ll pull through given many viewers are expecting Taylor to reprise the role.

And with Taylor refusing to confirm her death, it looks like Wheatley could be left ruing his attempts on her life

Taylor also went on to discuss her character’s relationship with Stabler.

During the scene of Angela’s poisoning, where Benson and Sergeant Ayanna Bell (Danielle Moné Truitt) are trying to save her in the hospital, Elliot is speechless and Taylor thought Meloni had a “brilliant sort of insight into Stabler” during that moment. 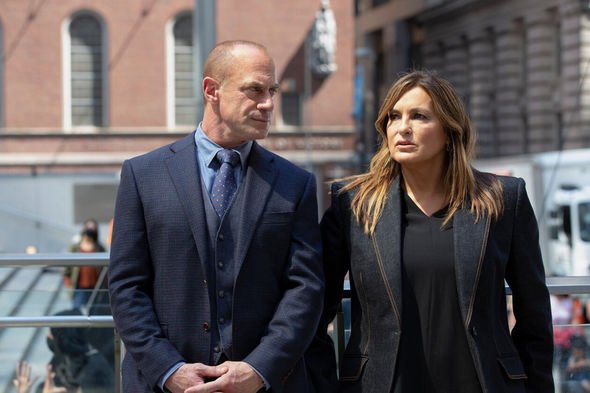 “I think watching a woman that he may have some very confused feelings for potentially die after he has literally just watched his wife die months prior, I think he’s processing that,” Taylor continued.

Stabler and Angela developed feelings for each other and Stabler was left heartbroken when he learned that she was really the one responsible for his wife’s death.

Angela had been manipulated by Wheatley to put a hit out on Kathy Stabler (Isabel Gillies) after he told her that Stabler was responsible for the death of her son.

However, ever since Stabler reunited with Benson, fans have been desperate to see the pair finally get together.

Is Angela getting in the way of a romance between the former partners?

In the final episode, titled Forget it, Jake; it’s Chinatown, Wheatley was seen toying with Stabler as he revealed that he knows Angela has feelings for him, but that Stabler will always care for Benson more than anyone else.

Angela was curious enough that she asked her lawyer for some intel on Benson, seemingly worried that Stabler is in love with her.

“I think she can handle whatever the truth is. If she is indeed truly in love with Stabler, he is not her first love, and I don’t think she expects that she would be his,” Taylor remarked.

Taylor added that she believes both Angela and Stabler are “mature enough” to figure out their relationship.

Though, an Angela and Stabler relationship will not be music to fans’ ears as Taylor joked fans would be “p****d” at seeing Benson’s chances go to waste.

Will Stabler and Benson finally be together in the future, or will Angela get in the way?

Fans may still not know if Angela will survive the poisoning in season two but she will surely cast a shadow over the next season either way.

Law and Order: Organized Crime is available to watch on NBC in the US.