Home » TV & Movies » Leyla confronts Liam after hospital lie in Emmerdale – but what he hiding? 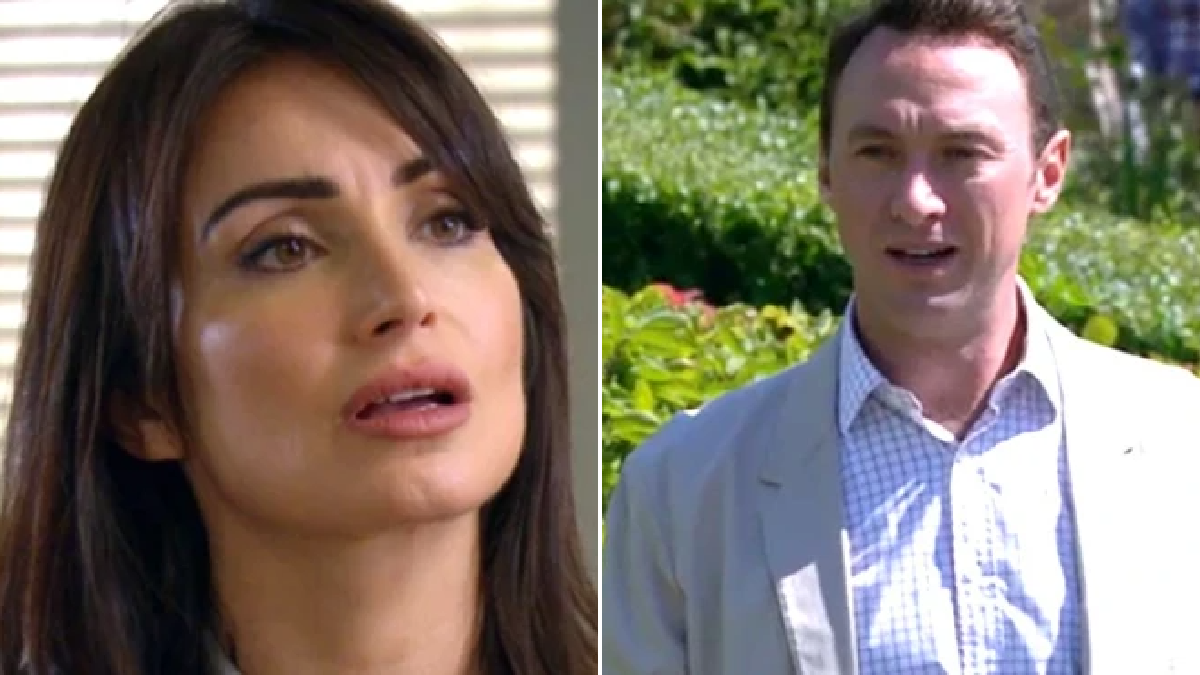 Liam Cavanagh (Jonny McPherson) appears to be hiding another secret from wife Leyla Harding (Roxy Shahidi) in Emmerdale – but what exactly is it?

A few weeks ago, the doctor revealed to Wendy (Susan Cookson) and Leyla he would soon be starting some shifts at Hotten General Hospital.

Tonight (September 27), Liam headed off to work, but it didn’t take long for Leyla to realise her husband had been behaving differently ever since he started at Hotten General.

Wanting answers, Leyla made her way to the hospital, asking someone to point her in the direction of the ward Liam was working on.

After initially being told a Doctor Cavanagh doesn’t work on the specific ward, Leyla spoke to someone from HR, who confirmed they don’t have a Dr Liam Cavanagh employed at the hospital.

Her head in a spin, Leyla confronted Liam when he returned from ‘work’.

Liam pushed Leyla away, thinking she was worrying he was having an affair with one of the nurses.

Leyla was confused, but before she could ask anything else, Liam walked away.

What is Liam up to?

He’s not working at Hotten General, so what has he been doing instead?

Is he having an affair?

How concerned will Leyla grow this week if she doesn’t get her answers?