Lorraine Kelly welcomed Graham Bell onto her ITV chat show to talk about his exit from Dancing On Ice on Sunday evening. However, when talk turned to how Graham ended up in trouble in Sarajevo after trying to steal a Winter Olympics flag, he dropped a swear word and Lorraine had to apologise.

Graham explained as a skier, he was able to compete first and would often to go on and party afterwards.

Recalling his first time at the Olympics aged 18, he told Lorraine: “You can always have a party afterwards.

“And, we had a good party in Sarajevo.

“I was sort of enjoying myself, climbed up a flag pole and was untying this flag and all my mates down the bottom, I thought they were down at the bottom but I looked down and they’d been replaced by armed police. 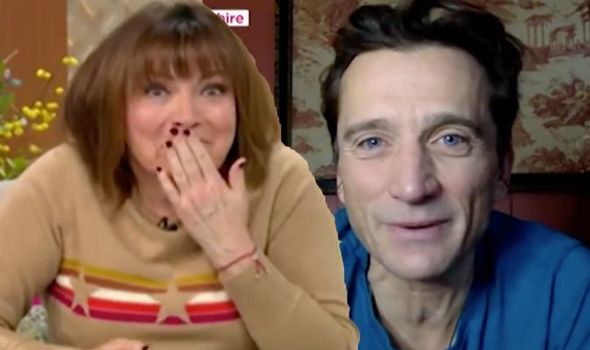 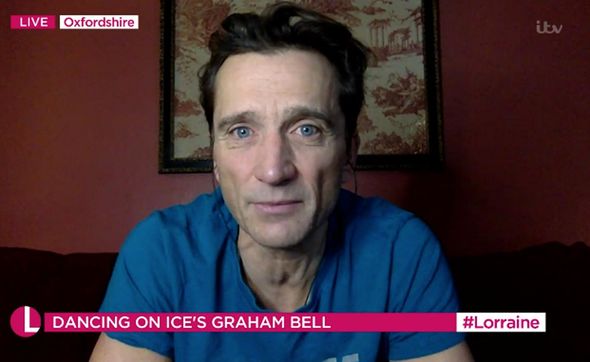 “I was like, ‘Oh sh*t.’ I climbed back down and they took me back to the Olympic Village in the back of a police car.”

Lorraine could be seen putting her hand to her mouth in shock as Graham continued: “They did let me keep the Olympic flag and I’ve still got it.”

As the interview came to an end the host apologised: “Well, there you are, and Dancing On Ice continues on Sunday six o’clock on ITV and sorry for that wee naughty word which slipped out from Graham.” 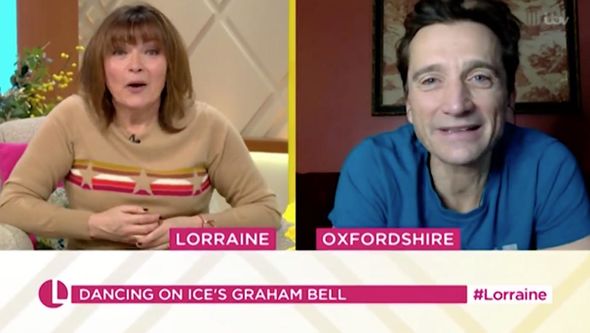 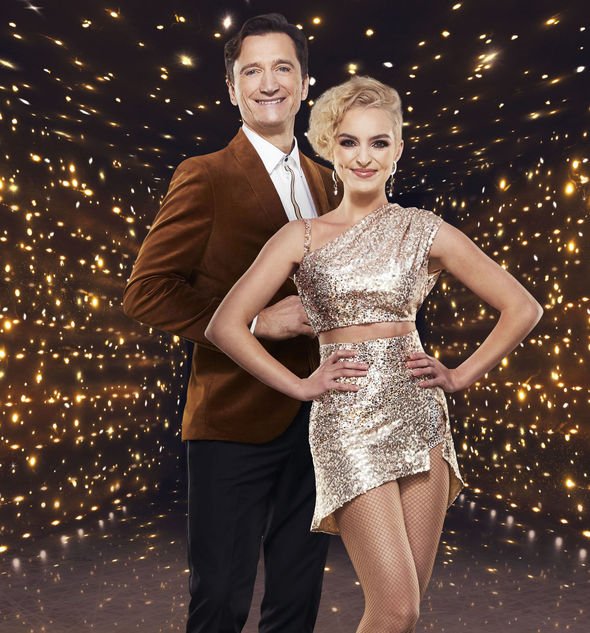 Also in the interview, Graham spoke about how he believed he’d performed well on the ice ad was surprised to be sent packing.

Lorraine went on to note he had injured his partner Yebin Mok, 36, in a freak accident in training.

“That was my worst fear, that I’d injure my pro,” the athlete shared.

“We had a really close working relationship and I was on the phone to her all the time.”

Asking how he was coping, Lorraine continued: “Are you covered in bruises?”

“I can take a hit. The issue is hurting someone else,” Graham explained.

“When I was holding Yebin’s leg and holding this wound together, that was the low point.”

Despite being kicked out early on in the competition, Graham is happy with the progress he made.

“A lot of people do the show and hang their boots up but I will continue skating. I’m going to teach Yebin to ski.

“Rebekah Vardy, when I hurt Yebin, she was one of the ones who supported me. I was pretty shaken and she sent me lots of supportive messages.

“I’m going to teach her family to ski as well, not Jamie because he’s doing football.”

Lorraine airs weekdays on ITV at 9am while Dancing On Ice airs Sunday on ITV at 6pm.