Home » TV & Movies » 'Married at First Sight' Season 13: Bao Says She Felt 'A Lot of Pressure' When She Went on the Show

Married at First Sight Season 13 participants Johnny Lam and Bao Huong Hoang made history as the first Asian couple on the reality series. While the couple ultimately, decided not to stay together on Decision Day, the pairing was still a “win across the board” for the show, MAFS relationship expert Dr. Viviana Coles recently said.

‘Married at First Sight’ Season 13 was the most diverse yet

Married at First Sight Season 13 was set in Houston, one of the most diverse cities in the U.S. The five couples featured that season reflected the city, including Black, white, Asian, and Latinx participants.

“Everybody wins when you have representation,” Coles noted in a recent interview with the Houston Chronicle.

​​”I [also] think that it does give people a really great impression of our city, which is that everyone’s welcome,” she added. “We want to see and we do see all sorts of ethnicities and cultures around us every single day.”

Bao, who was raised in Texas by Vietnamese refugee parents, said she was proud to be one of the first people of Asian descent on the Lifetime series. But she admitted to feeling some pressure as well.

“I mean, I am honored. I’m very honored to be the first,” she told the Chronicle. “It’s also a lot of pressure. You know, because I’m aware I don’t owe anything to anyone but at the same time, because I’m involved in the community, part of me feels like I do a little bit in a weird way. I don’t know. It’s just it’s a lot of pressure.”

Johnny says he was ‘ready’ for the Lifetime reality series 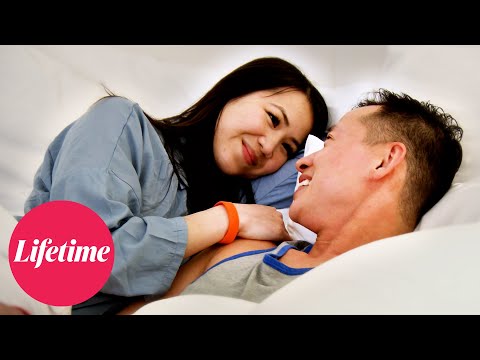 Bao felt some trepidation about being part of the first Asian-American couple on Married at First Sight. But her husband Johnny “was ready for it,” he said. The IT professional – who told The List that his family was “a weird mix between Chinese and Vietnamese” – was excited to showcase his culture on the show. One way the couple did that was by having a traditional tea ceremony after their wedding.

“Now it opens like this whole new audience that they’re interested to see an Asian American couple be together and go through this process that no else has and see what it’s like,” he told the Chronicle. “I do think it’s kind of weird. Traditionally in Asian culture, we tend to be a little more private about our lives and we don’t put ourselves out there like this. This kind of goes back to the rebel part of myself like this is totally uncharacteristic for most people, but for me, this is like a normal thing. When I told my friends I was gonna do it, they’re like, ‘Oh, yeah, totally you. Go for it.’”

Unfortunately, Bao and Johnny ended up not being well-matched as a couple. They decided to split on Decision Day. Bao, who works as an administrative director, actually went on to date another season 13 participant, Zack. But they recently broke up, Us Weekly reports.