Marvel fans were understandably nervous when the company shut down its Marvel Television division. After all, the company was behind everything from Agents of S.H.I.E.L.D. to Netflix shows such as Daredevil. However, the decision led the team behind the Marvel Cinematic Universe to take over TV projects. And as a result, Marvel Studios has changed how fans watch TV. 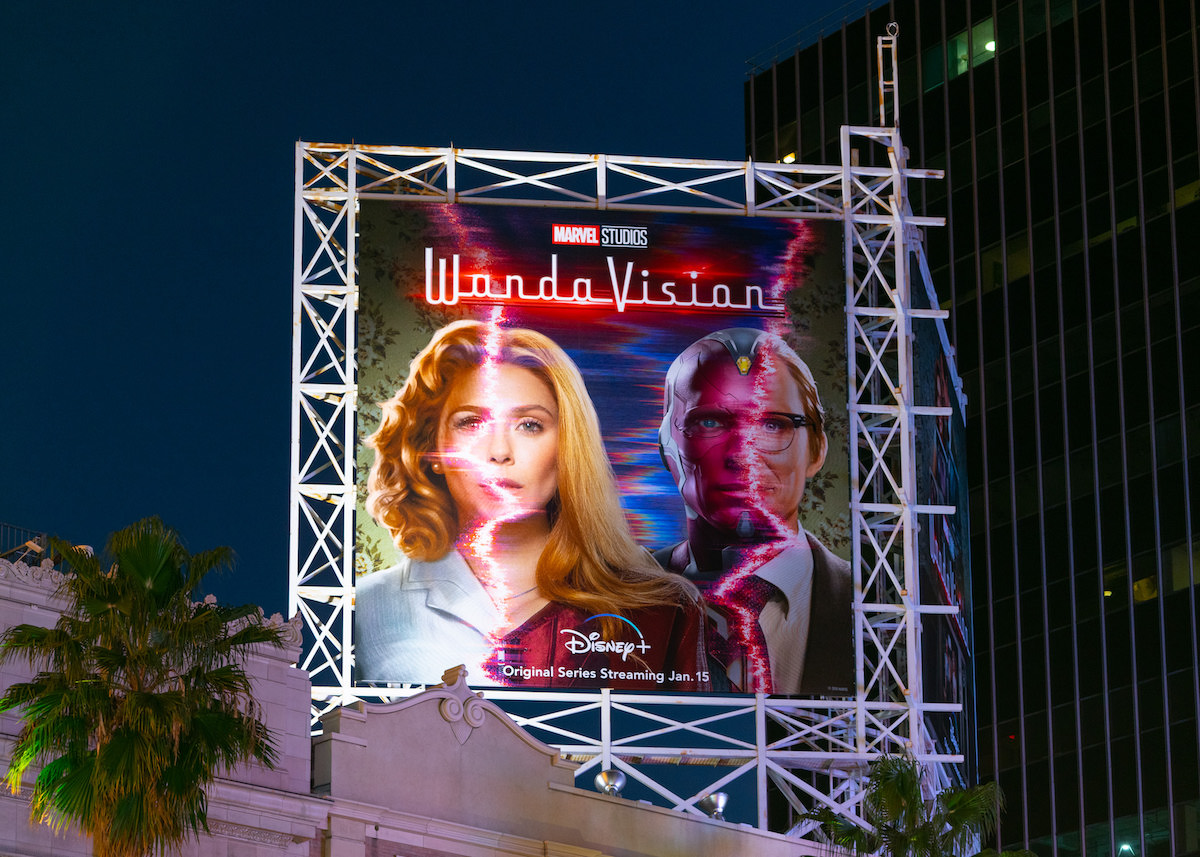 With Marvel Studios in charge of TV, fans can count on these projects to directly tie into the MCU movies. Marvel Studios head Kevin Feige has already revealed these shows will be critical to understanding the movies. Case in point, WandaVision, The Falcon and the Winter Soldier, Loki, and Hawkeye all feature actors from the movies reprising their roles.

In fact, this first wave of Marvel Disney+ shows seems designed to resolve lingering stories Avengers: Endgame left unfinished. This approach gives the MCU shows a must-watch quality that compels fans to tune in. But more than its approach to storytelling, it’s the marriage between this shared universe narrative and its weekly release that makes Marvel an innovator.

‘WandaVision’ successfully took the MCU into a new medium

To be fair, The Mandalorian previously swept the globe simply by releasing episodes weekly on Disney+. But WandaVision — the first of many Marvel shows — has seemingly surpassed this success. The show is only midway through its run. But Parrot Analytics (via Forbes) concluded that the MCU series is, as of episode 5, the most in-demand TV show in the world.

As each episode has gone on, WandaVision has gained word-of-mouth. Of course, weekly episode releases were the standard before streaming. But by taking TV back to its roots, Marvel (and Disney+) are leading what could become a revolution in how viewers experience TV. For years, fans have gotten used to binge-watching. Yet, this success could lead to changes.

“When we see a binge release series like we do on Netflix, we’re seeing demand skyrocket at first for like a week,” Wade Payson-Denney, insights analyst at Parrot Analytics said. “[Binge-model release shows] really pop up at first but quickly trail off. It’s a quick hit for these streamers. Whereas with weekly release, we see popularity gradually build over time.”

The future of the Marvel movies, in the meantime, is unclear

According to tracking platform TV Time (via ComicBook.com), the next MCU show, The Falcon and the Winter Soldier, will keep the success train chugging along. TV Time expects the Marvel show — which debuts on Disney+ in March 2021 — to draw 200 percent more viewers than The Mandalorian.

And for now, the MCU will need to rely on its Disney+ releases to keep on the franchise alive. Because of the coronavirus (COVID-19) pandemic, Marvel movies haven’t hit the big screen since summer 2019. Black Widow — a prequel of sorts — will likely be delayed yet again, leaving Marvel fans with one place to turn: Disney+.