Will WandaVision peddle secrets in its commercials? Is Lucifer‘s Dan due to make a deal with the you-know-what? Which 9-1-1 fireman has caught a “COVID crush”? Read on for answers to those questions plus teases from other shows!

Any scoop about WandaVision? –MattB
Though Falcon and the Winter Soldier was always supposed to to be the first Marvel series from Disney+ (but now will premiere two months after WandaVision), that change-up did not present any meaningful continuity issues. “In a year, after you’ve seen all the shows and movies that we’ve made, there are a few super-tiny things that, if people are interested, I could point to that shifted,” Marvel Studios chief Kevin Feige told us. “I can only even think of one right now, and it’s super minor.” Bonus scoop: WandaVision (premiering this Friday) is a rare show where you might want to pay close attention to the commercials that airing during it….

Any big comings or goings you can hint at for Chicago Fire? –Sarah
While there are no current plans for any major characters to return, we might not have seen the last of Gallo’s paramedic ex, Violet! “I would not put a full stop on that relationship yet,” showrunner Derek Haas says. “I mean, that’s where it is at this point in time, because he was a little crazy last year when he proposed to her out of nowhere, but I would not be surprised to see a reappearance of Violet (played by Hanako Greensmith) this season.”

Now that Dan knows the truth about Lucifer, is there anything you can share about their relationship in Season 5B (premiere date TBA)? –Rebecca
I reached out to co-showrunners Joe Henderson and Ildy Modrovich, and they wrote back, “There will be an episode that brings all the issues Lucifer and Dan have had over the years to a head,” raising the question: “What happens with Dan needs a favor from the devil himself?” 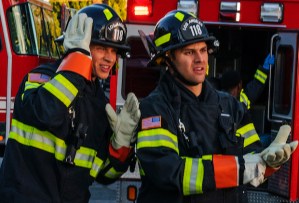 Can we get a little 9-1-1 scoop? As a treat? I’ll take anything, but particularly if it has to do with Eddie and/or Buck. –Charlotte
Well, I’ve got good news… and bad news: Buck is indeed open to the possibility of something new in Season 4, but it’s not with one of his fellow firefighters. The Jan. 18 premiere (Fox, 8/7c) reveals that Buck has been chatting online with a mystery woman during the pandemic — someone Chimney refers to as his “COVID crush.”

Any news about Season 2 of Alex Rider? –John
Only that production is currently prepping for Season 2 of the Amazon Prime series, which will be based on the fourth book in the Alex Rider series, Eagle Strike.

Any news on 9-1-1: Lone Star‘s T.K. and Carlos? –Nadine
The stress of quarantining with both of his parents under one roof begins to take its toll on T.K., but fans will be glad to know that Carlos is always there to support him — be it with a light shoulder massage at home, or some flirty banter in the field — in the Jan. 18 season premiere (Fox, 9/8c).

Anything you can share on the final season of Shameless? Is anyone from the past returning? –Samantha
When we spoke to EP John Wells ahead of the farewell season, he had no returns to tease. “It’s mostly just everybody continuing,” he said. “I’ve done it both ways, where we have a lot of people kind of pop back in as if it’s like a high school reunion show or something. But in this world, people move on, and we don’t see a lot of them after that, because it’s not a world where people are that mobile. [You need] money to get around. Plus, [during the pandemic] it’s really difficult.” 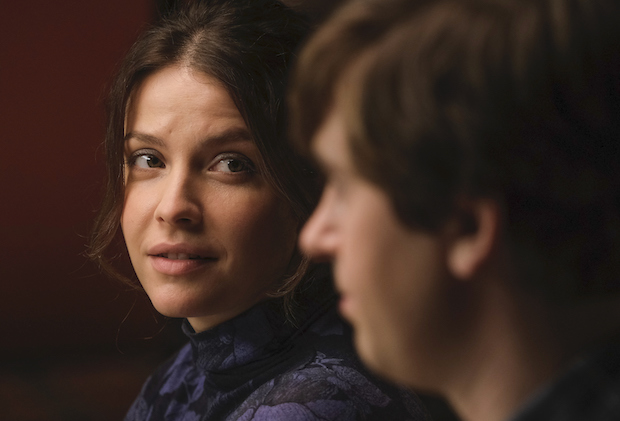 Any chance we’ll be getting a Lea-centric episode of The Good Doctor? –Stephanie
Indeed, the ABC drama’s Jan. 25 episode, titled “Parenting,” will see Shaun meet Lea’s parents — played by Barclay Hope (Riverdale) and Julie Warner (Nip/Tuck) — for the first time.

The new season of The Boondocks was supposed to premiere this past fall. Haven’t seen any announcement. What up with that? –Josh
“Fall 2020” was indeed bandied about when HBO Max first greenlit a two-season, 24-episode reimagining of the animated series, but as of now, it’s looking to debut later this year.

Any NCIS: LA spoilers? Especially involving Callen and Anna? –Ellie
I am hearing that this Sunday’s episode (CBS, 8/7c) is a must-see for Anna/Callen fans, in the wake of his frustratingly unproductive, recent convo with Arkady.

I really miss Barrett Foa/Eric Beale on NCIS:LA! Please tell me he’s coming back again? –Christie
Worry not, you will see Foa/Eric again this coming Sunday. 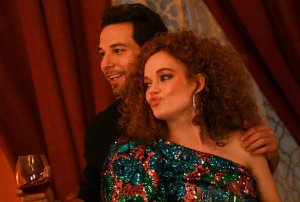 Do you have any spoilers for the Extraordinary Zoey’s Playlist? –Beatrice from Italy
In discussing standout musical numbers, showrunner Austin Winsberg boasts that tonight’s episode features “an entire act that we basically rehearsed like a one-act play between Max and Zoey that has multiple musical numbers in it, which felt big and surprising and different for us. So I’m particularly proud of Act V of Episode 2 for doing that and being bold in that way.” Then in next Tuesday’s installment, “Zoey has three musical numbers, which are all connected to the same thing,” Winsberg previews. “We kind of do a different type of dance there, and the way we visually shot that is different than what we’ve done before.”

I was very excited to see that Broadway vet Chip Zien will be Max’s dad on Zoey’s Extraordinary Playlist. Any scoop on his appearance? — Katie H.
“Zoey had such a positive relationship with her father that I thought it would be interesting to explore a father dynamic that was way more fraught and complicated,” showrunner Austin Winsberg tells TVLine. “Max is somebody who doesn’t have the best relationship with his dad and is kind of constantly desiring his dad’s approval, and his dad is a little withholding and isn’t as warm… [Max] wants something from his dad that his dad might not be able to give him, and that’s a little heartbreaking for him.”

Is Joe Hill coming back to Blue Bloods? –Deb
Yes, you have not seen the last of Will Hochman’s character. 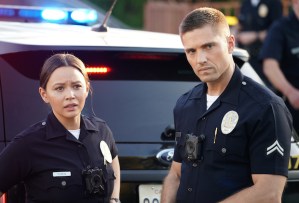 Do you have any spoilers on what’s ahead for The Rookie‘s Tim and Lucy? I love their chemistry. –Courtney
When I delivered your Q to showrunner Alexi Hawley, he affirmed that the light procedural would continue to walk the fine line between TO/boot and anything more. “I mean, it’s funny — I have a lot of writers on staff who are big ‘shippers, and I keep raining on their parade a little bit,” he told me. “Look, he’s her training officer. And that is a line that does not get crossed. But obviously, they have really special chemistry, and they’re phenomenal together. So, yeah, we’ll keep exploring that.”

Do you know who sings “Country Road” in CBS’ Clarice trailer? –Christi
That is Brandi Carlile.

I saw that Snowfall will premiere in February even though it’s usually a summer show. Will my other favorite summer shows, Mayans MC, Queen of the South and Animal Kingdom, also air sooner, or will they hold off until their usual summer slot? –Steph
I’m hearing that USA Network’s Queen of the South is on track for a typical Q2 premiere, while the timetables for Season 2 of FX’s Mayans MC and Season 5 of TNT’s Animal Kingdom remain TBD.

My family loves watching The Great Christmas Light Fight every year, but as they obviously film each season during the prior year, does that mean that there won’t be a Light Fight for the 2021 season? Between travel restrictions and the crowds that are usually drawn to these displays, I have a hard time picturing the show filming right now. –Alexa
You’ll be happy to know that thanks to strict and rigorous COVID protocols, next season of the ABC reality show is indeed already in the bank. Consider that my early present to you! (It was that or socks.) 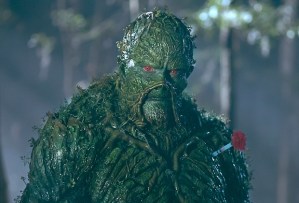 Any chance The CW will fix DC Universe’s error and order a second season of the excellent Swamp Thing? –Thomas
Considering how quickly DCU pulled the plug, and then factoring in that the sets are long gone and any cast contracts are quite expired, sources tell me that all signs point to a Season 2 not happening, anywhere.

If you want the Inside Line on a favorite show, email [email protected]! Questions left in Comments will not be read and may count against your final score. (With additional reporting by Rebecca Iannucci, Andy Swift and Vlada Gelman)