Mayans MC showrunner Elgin James has no interest in glorifying the life lived by the Mayans throughout the series. James himself was involved in a gang in his younger years, as were several of the show’s cast members. Seasons 1 and 2 of Mayans MC built up the club’s story, but in 3 and 4, James is showing the consequences of the character’s actions. 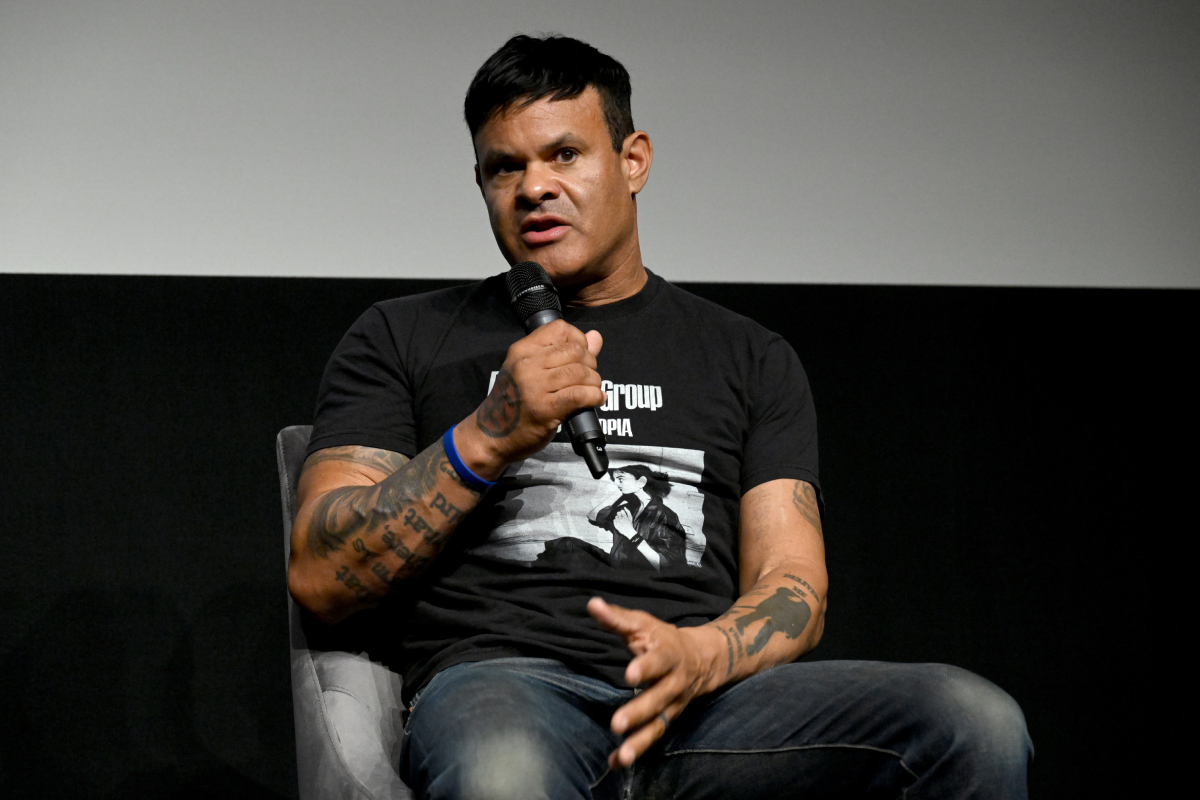 ‘Mayans MC’ showrunner was previously involved in a gang

Elgin James has made a name for himself in Hollywood. Before all that, he lived in foster care, was involved in a violent gang, and spent some time in prison. “I remember walking into a bar with my gang’s names, my gang’s initials across my shirt. And that power that comes, it does become intoxicating,” James recalled during an interview with KCRW.

“When you’ve [been] told you’re worthless your whole life, and then even if people see you now of worth but through fear and violence … it became a heavy drug for a very long time for me.” Now that part of James’ life is in the past, but it strongly informs his work as showrunner of the FX series Mayans MC.

Elgin James says seasons 3 and 4 are about consequences

Having been a part of a gang himself, James never wanted to make the life he once lived seem desirable. While speaking with Entertainment Weekly, the actor recalled meeting with Mayans MC creator Kurt Sutter for the first time.

“When I first sat down with him, I think it was actually our second meeting, I was just like, ‘No, I don’t think I’m the right person to tell this story, because I’m not as interested in glorifying this lifestyle, having been close to it and around it, and having [known] people caught up in it.

I think I’m just more interested in the consequences, and the pain and the fear that leads you there.’  And Kurt was like, ‘Well, that’s exactly why you have to tell this story.’”

“So we knew this is where we were going,” James added. “The first two seasons really were the bridge, and then now these second two seasons have become about the consequences of those actions.”

“So much of EZ and Gaby’s story was the story of me and my wife, who started dating me when I was still in the gang. So, [with] where he will go now, it’s like I’m exploring what would have happened if she had left, if she didn’t have the patience that she had, if she hadn’t have given me a second chance.”

In season 3, Gaby left town to start over without EZ. In season 4, things got even darker. During an attack on the Sons at a hospital, Gaby spotted and recognized Ezekial. When she threatened to go to the cops after Angel killed a security guard, EZ shot and killed her.

Meanwhile, in the season 4 finale, Alvarez has been pushing for peace. During a scene with Tig Trager, he muses about the death of his son Esai. “We got to explore with Emilio, who’s such a phenomenal actor, things that happened in the first season of Sons of Anarchy, like with the death of his son.”

“It’s always brooding inside him. I think now he does have that right grounding and that right strength with his wife. As we say in the finale, he’s not becoming an old man — he’s becoming a good man.”

All episodes of Mayans MC are currently streaming on Netflix.