Harry and Meghan to visit UK in September for charity event

Charlotte Hawkins and Rob Rinder hosted Monday’s Good Morning Britain as they welcomed a host of guests for different debates and discussed the headlines of the day. However, ITV viewers took to social media to complain about one particular announcement concerning the Duke and Duchess of Sussex.

Charlotte began: “We’ve got some breaking news for you because it’s just been announced that Prince Harry and Meghan are coming to the UK and it’s going to happen in September.

“They’ll also be visiting Germany but we understand they’ll be coming on September 5.”

Rob continued: “The couple will travel to Manchester for the One Young World summit, an event which brings together young leaders from more than 190 countries.

“And, as I understand it they’ll be meeting with their lawyers because they filed a second lawsuit.” 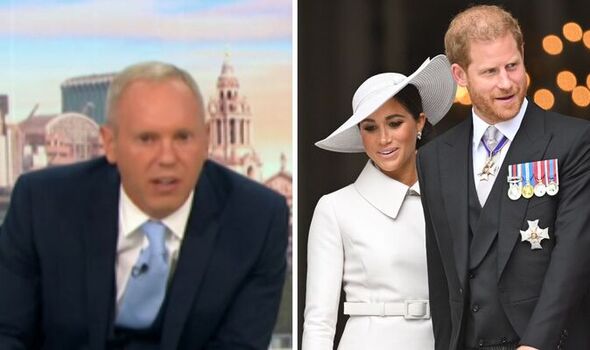 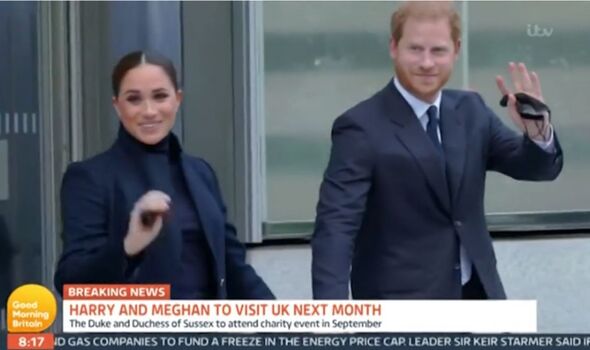 Charlotte noted this was concerning the “security provisions” the couple are entitled to.

“It’s going to be the first time they’re back in the country since the Platinum Jubilee celebrations in early June.”

“We will be seeing them very shortly,” Charlotte added.

Rob appeared to have a nonchalant attitude towards the announcement before continuing with the show. 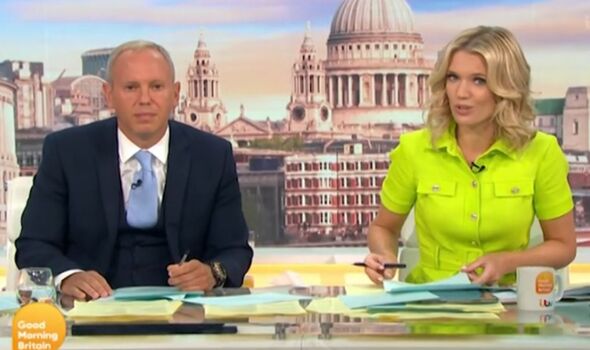 Commenting on the news bulletin, GMB viewers felt the announcement was unnecessary.

@ashley_lovell28 tweeted: “#GMB love @RobbieRinder- his nonchalant shoulder shrug at #HarryandMeghan coming in Sept said it all. Who cares they are just people who’ve done nothing wrong. Stop #ScumMedia making everything they do a ‘story’ and leave them the hell alone.”

@ScottMoffett01 joked: “*Breaking news* Man and woman who left the UK for privacy release that they are coming over to the UK next month.”

@Pande708401621 questioned: #GMB why is Prince Harry, coming to the UK news? why is it not, breaking news that our PM is again, ? in the middle of a crisis, for the second time on holiday. #GMB Harry & Megan bashing as per usual. (sic)

@disruptiveIan sarcastically added: “Breaking news on GMB, Harry and Meghan are going to Manchester. In other news I’m off to Iceland as I’ve ran out of Halloumi fries and squeezy honey!!” (sic)

Alongside a gif that read “oh f**k off, @PrincessPKaur wrote: “Breaking news about Harry and Meghan coming to the UK?! #GMB.”

A spokesperson for the couple confirmed: “Prince Harry and Meghan, the Duke and Duchess of Sussex are delighted to visit with several charities close to their hearts in early September.”

Harry is a counsellor for the One Young World organisation alongside other notable names including Justin Trudeau, Sir Richard Branson and Jamie Oliver.

The Duke and Duchess of Sussex will then travel to Germany for the Invictus Games Dusseldorf 2023 One Year to Go event.

They will return to the UK for the WellChild Awards on September 8.

Good Morning Britain airs on ITV on weekdays at 6am.