Neighbours: Pierce and Dipi are confronted over their affair

David (played by Takaya Honda) and Aaron (Matt Wilson) have been on the strongest footing of their relationship since they first got together recently on Neighbours. They’re even expecting their first child with surrogate Nicolette Stone (Charlotte Chimes), who is expected to give birth to the baby later this year. However, the return of brothers Emmett Donaldson (Ezra Justin) and Brent Colefax (Texas Watterston) on the Channel 5 soap could tear the couple apart as they might have different views on whether to help the pair or put all their focus into preparing for the arrival of their child.

The married couple fostered Emmett last year as they began their journey to become parents, only for his troublesome brother Brent to stir up a whole lot of mischief.

This meant the brothers ended up moving to live with their auntie, a decision that left David and Aaron utterly heartbroken.

It gave the beloved couple the kick they needed to consider having a baby of their own, however, and now they’re focussed on this, they couldn’t be happier.

However, on UK screens, viewers have just been reintroduced to Brent and Emmett as the former was found sleeping rough on Ramsay Street.

It won’t be long before the expectant parents are at the centre of yet more mischief but as their attention from their future is diverted, they could be faced to make a decision about whether they truly belong together. 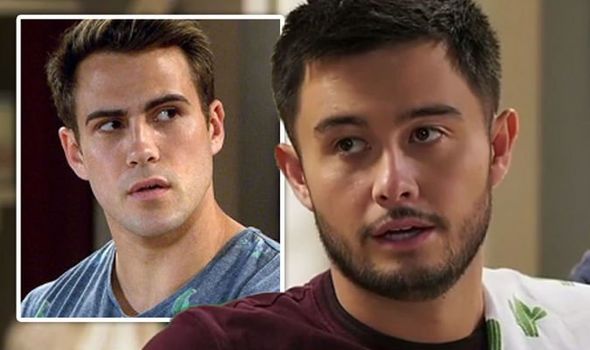 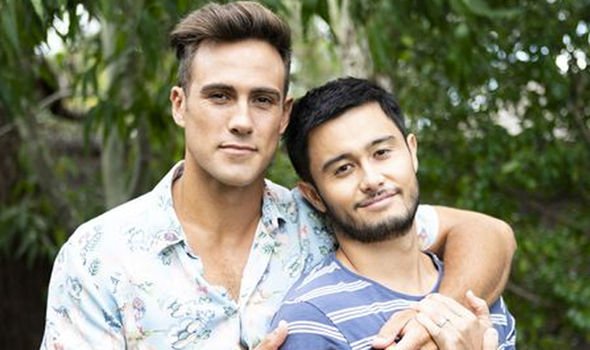 During the brothers’ first stint on the show, Aaron was always more on board with bringing the pair together whereas his husband was more dubious.

This was because he saw Brent as a bad influence on Emmett and he didn’t want the youngster getting into trouble as it could have jeopardised the couple’s chances of fostering again.

There is now a baby in the picture and there’s a lot more at stake which could see David even more reluctant to take the siblings on.

Though Aaron will always have a soft spot for the pair and could tell them to move in despite the couple’s house already been choc-a-block. 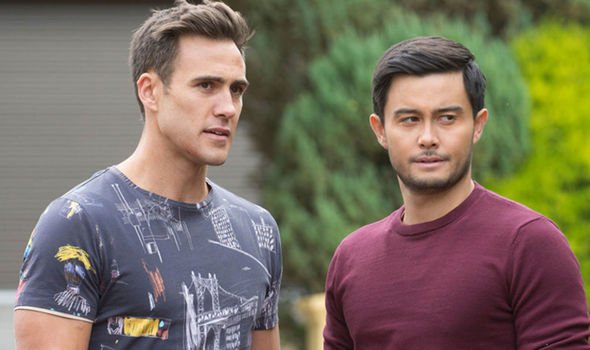 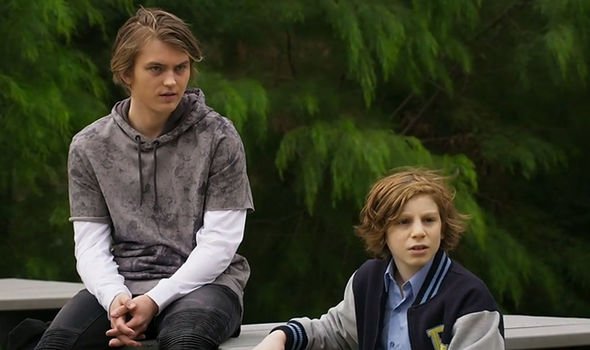 David and Aaron are keen to help

As the more stringent of the two, David could be highly opposed to the idea, which could result in an argument between him and his husband.

Unfortunately, this could open up their eyes to the fact they’re very different people and would have different opinions on how to raise their baby once it’s born.

Believing they’re no longer compatible and should go their separate ways, the married couple could call time on their relationship for good after breaking up several times before.

They’re amicable so could agree to shared custody of their baby, but could this bring them back together if they feel they can’t live without each other?

Speaking exclusively to Express.co.uk, the actor who plays David, Takaya addressed what’s to come from Emmett and Brent’s return.

The actor said: “For David and Aaron, it’s kind of bittersweet in a way because when they left them [last year], they just wanted them to have a great life from that point on.

“That turns out it hasn’t necessarily been the case which was their fear when the [brothers] went to live with their aunt Linda.

“There’s bittersweetness there because Aaron and David love having them around – well, Emmett has, Brent left on bad terms.”

“David and Aaron are keen to help them as much as they can because they wanted to help these kids who have had a bad hand dealt to them through no fault of their own,” Takaya added.

The soap star then went on to explain how his alter-ego has become like a father figure to the boys, which could make it a lot harder if he has to run them away as David wouldn’t want trouble at his door when a baby is set to arrive.

“Ultimately, I think these two kids are crying out for [a father figure] as they’ve only been able to trust and lean on each other their whole lives,” the actor continued.

“So to have two people come into their lives who they can trust as they haven’t given up on them, which has generally been the case.”

Could this make it even more heartbreaking if David isn’t willing to accept the brothers this time around?