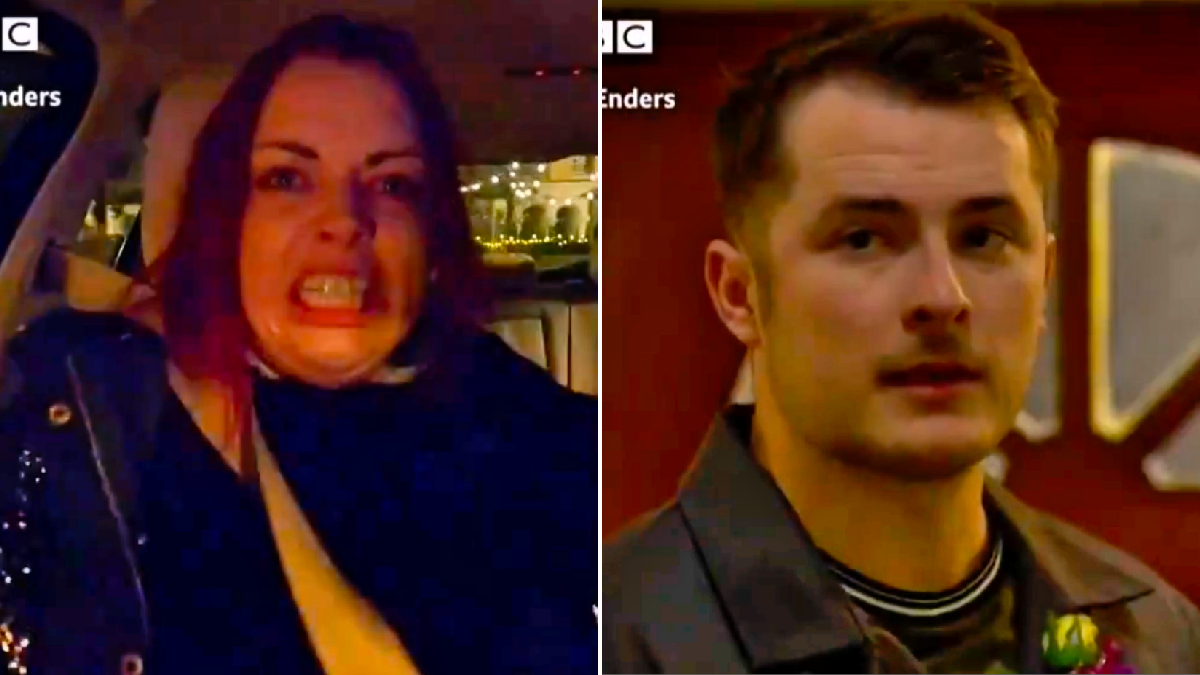 EastEnders has dropped a brand new trailer teasing what comes next – and it’s safe to say that things take a turn for the worse.

As to whether or not Ben Mitchell (Max Bowden) and Callum Highway (Tony Clay) actually tie the knot remains to be seen – although the trailer does preview a happier moment between the two – but things get out of hand shortly after the ceremony.

With Phil Mitchell (Steve McFadden) on the warpath after Stuart (Ricky Champ) accidentally spilled the beans, it’s safe to say the hard-man will do whatever it takes to get rid of Callum.

Ben, however, will no doubt do whatever it takes to ensure no harm comes to the love of his life, and therefore the father and son duo will be pitted against one another.

Who will come out victorious?

That remains to be seen, but there’s another hand at play in this tale of woe.

Scorned Whitney Dean (Shona McGarty) is seemingly seething to learn that Callum and Ben got their happy-ever-after when she did not, and therefore she sets out to get revenge.

She gets in a vehicle, and drives straight towards an unsuspecting Phil, Callum and Ben.

The question is: will the Grim Reaper come knocking to Walford yet again?

Will Whitney kill someone again?

EastEnders continues Tuesday May 11 at 7:30pm on BBC One.