Peaky Blinders is a historical drama set in 1920s Birmingham. The series is known for its incredibly well-dressed characters. It seems a little strange that outfits chosen for characters who lived a century ago would strike a cord with modern day fashion lovers. However, that is exactly the case. Many fans of Peaky Blinders fell in love with the character’s three-piece suits, flat-billed caps, and WWI-era haircuts. 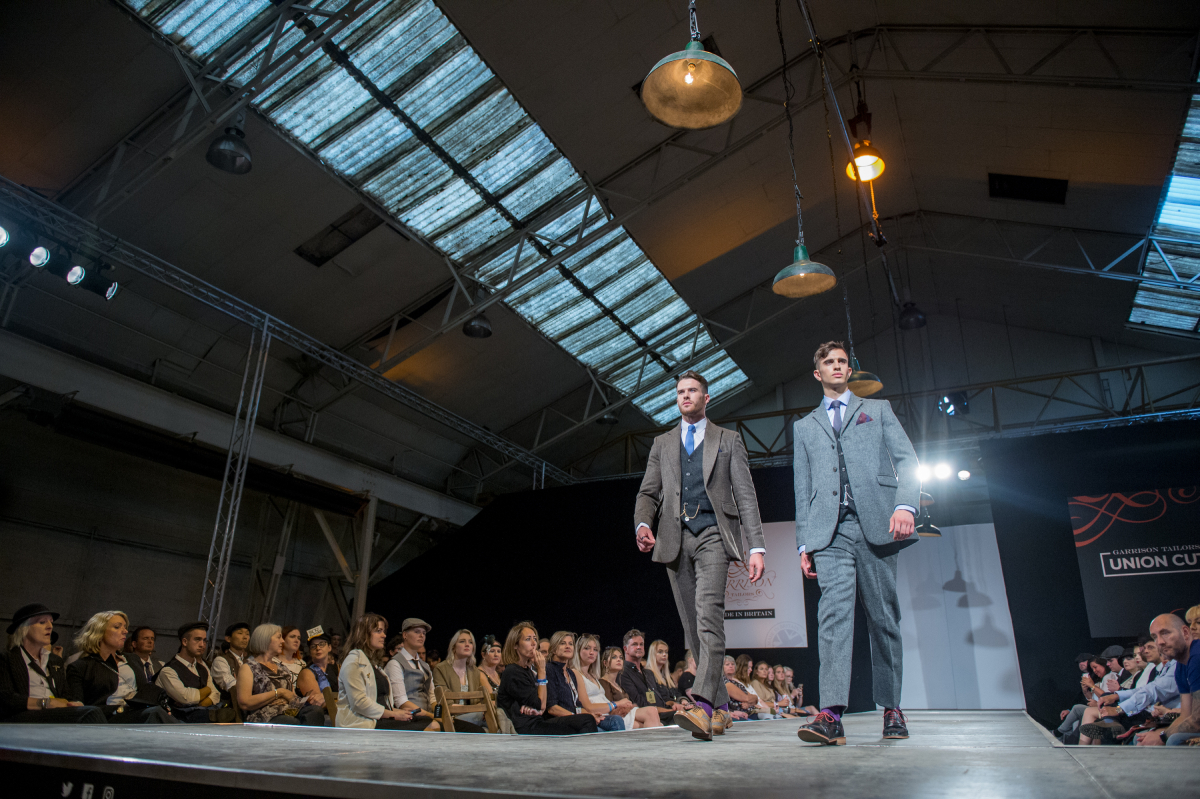 Even celebrities like David Beckham have followed the show’s trends. Costume designer Stephanie Collie explained why the look has resonated with fans, and how to dress like a Peaky Blinder.

The ‘Peaky Blinders’ look is a popular trend

Surprisingly, the Peaky Blinders style has become incredibly popular throughout the world. Fans rushed to their barber to request a texturized crop or instead decided to rock a flat-billed cap. Many celebrities are also big fans of the look. Former professional soccer player David Beckham even partnered with creator Steven Knight to create a Peaky Blinders-inspired clothing line, Business Insider reports.

Peaky Blinders-inspired outfits are certainly not a casual look in the modern world. However, Collie explained in an interview with Esquire that perhaps that is part of the appeal. “At heart, I think every Englishman wants to wear a suit,” she said.

Peaky Blinders takes place in Birmingham in the 1920s and ’30s. The costumes and style have been praised for being pretty historically accurate. In a video, hair and makeup designer Loz Schiavo revealed that she used books with pictures of real ’20s and ’30s era men as a reference. Collie discussed some of the most essential aspects of the look.

A decent suit is an excellent place to start. “You need a good three-piece suit. [For the Peaky Blinders look] I’d suggest that you get the trousers narrowed and shortened,” Collie told Esquire. The outlet also recommended penny collar shirts, which have a smaller, rounder collar than a traditional button-up shirt.

The gang often wears long, heavy jackets to fight off the Birmingham cold. “We deliberately used longer coats to get that High Noon feeling when the gangs are walking to each other” says Collie. “Gunslingers going against each other, as their coats flap in the wind”.

Finally, Collie recommended “a good pair of lace-up boots that go above your ankle.” And, of course, the famous newsboy cap is essential to completing the Peaky Blinders look.

Where to get ‘Peaky Blinders’ clothing

Showrunner Steven Knight created a line of clothing based on the Peaky Blinders look called The Garrison Tailors. Named after the gang-owned pub, the clothing line offers outfits that are “not costumes; they are part of a wider trend toward a new kind of men’s clothing,” the website states.

Of course, using Collie’s suggestions, fans can also put together their own outfit. Just heed Esquire’s advice and make sure to take your clothes to a tailor.