Home » TV & Movies » Phil cheats on Kat with Sharon in EastEnders as they grow closer over Alyssa? 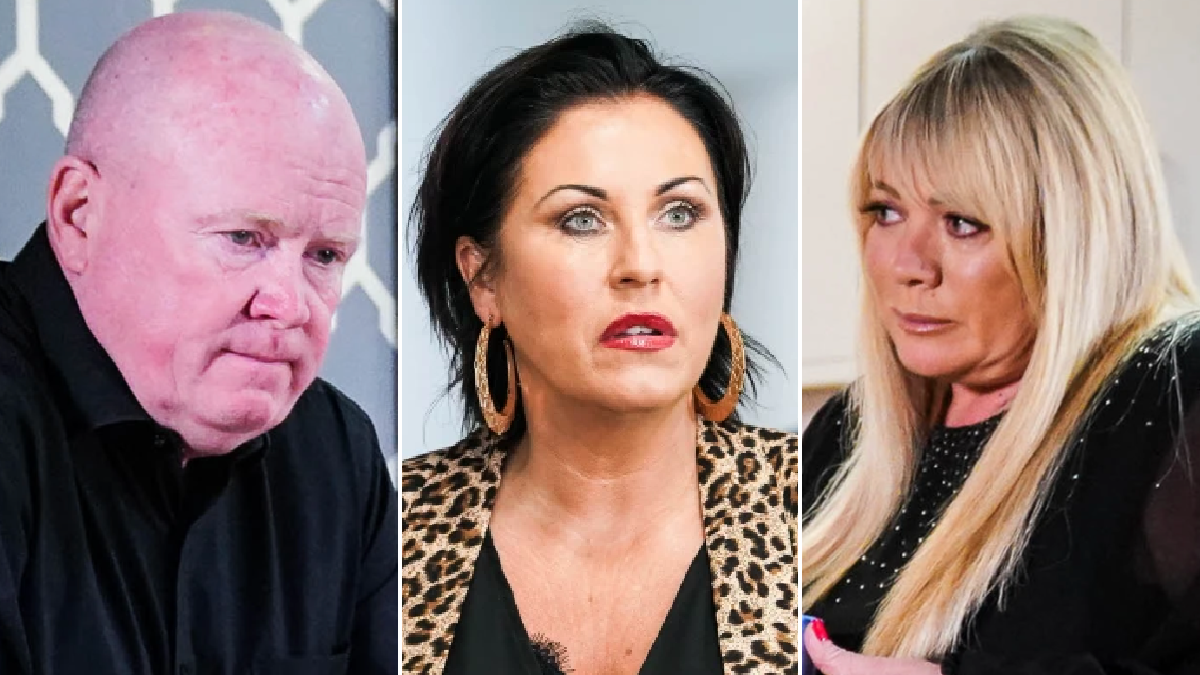 Phil Mitchell (Steve McFadden) is set to grow closer to Sharon Watts (Letitia Dean) once more in EastEnders, after she reveals that Alyssa is Dennis Rickman’s (Blue Landau) son.

The legendary soap hard-man is taken aback when Sharon pays him a visit in upcoming scenes to impart the knowledge that Dennis fathered a child before his untimely death.

Kat Slater (Jessie Wallace), however, witnesses the pair’s conversation. Will she given reason to be jealous?

Viewers will know that Kat bafflingly embarked on a relationship with Phil earlier this year, despite the fact that Phil previously threatened the lives of her nearest and dearest.

Will the pairing come to an end as Phil set his sights on former flame Sharon in the wake of her revelation about Alyssa?

Phil gets a gift for both Sharon and Alyssa, which leaves Kat seething. She vents to Stacey (Lacey Turner), who claims Sharon is not a threat to her relationship – It’s her who’s doing the damage.

Phil was incredibly fond of Dennis, so it’s likely that he will want to be involved in the child’s life.

In fact, subsequent scenes will see him meddling where he’s not wanted, as he demands that Jada Lennox (Kelsey Calladine-Smith) leave her daughter and go away.

Sharon, however, is not too pleased with her ex’s interference, and soon gives him a piece of her mind.

But Phil refuses to back down, claiming that Jada simply cannot be trusted. And it appears as if his words have an effect on Sharon, as she starts to grow suspicious.

The question is: will Sharon and Phil’s romance be rekindled as they reminisce about Dennis?

If so, will Phil and Kat be no more?