ROBBIE Williams strikes an Angelic pose before diving head-first into the water while enjoying a holiday with his family.

The pop star, 47, showed off his heavily tattooed body as he perfected his diving, joined by his wife Ayda Field, 42, in Turkey. 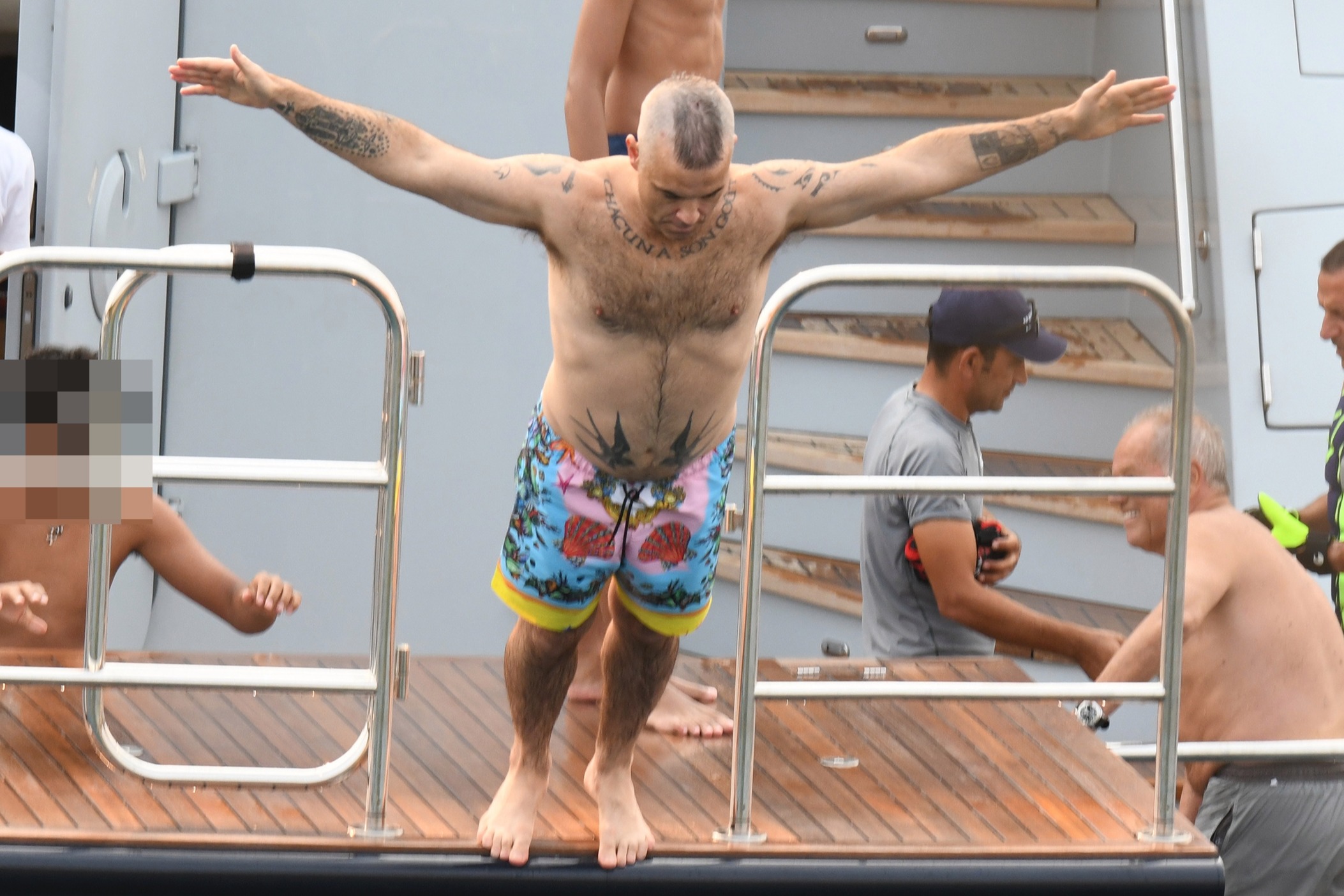 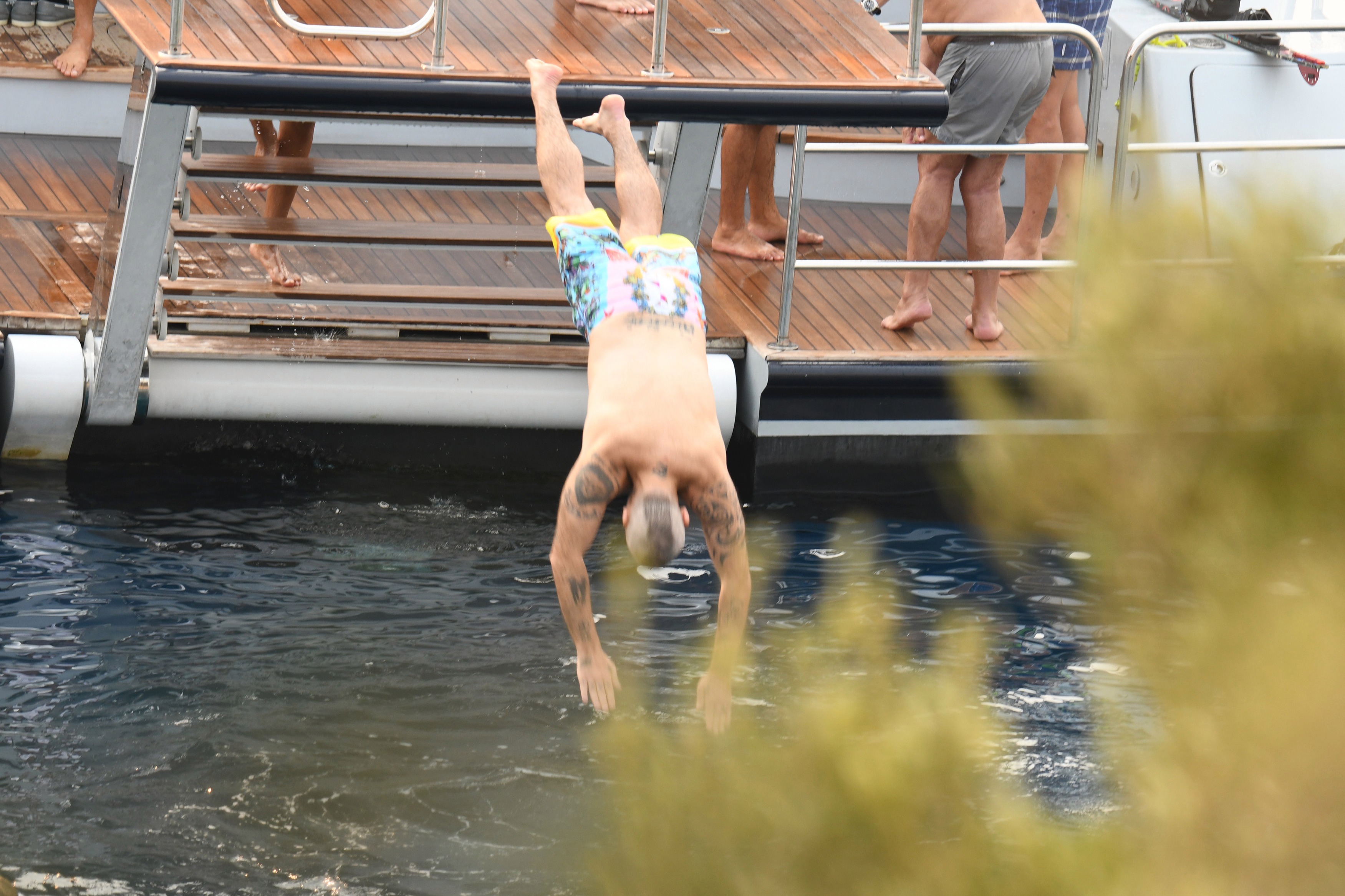 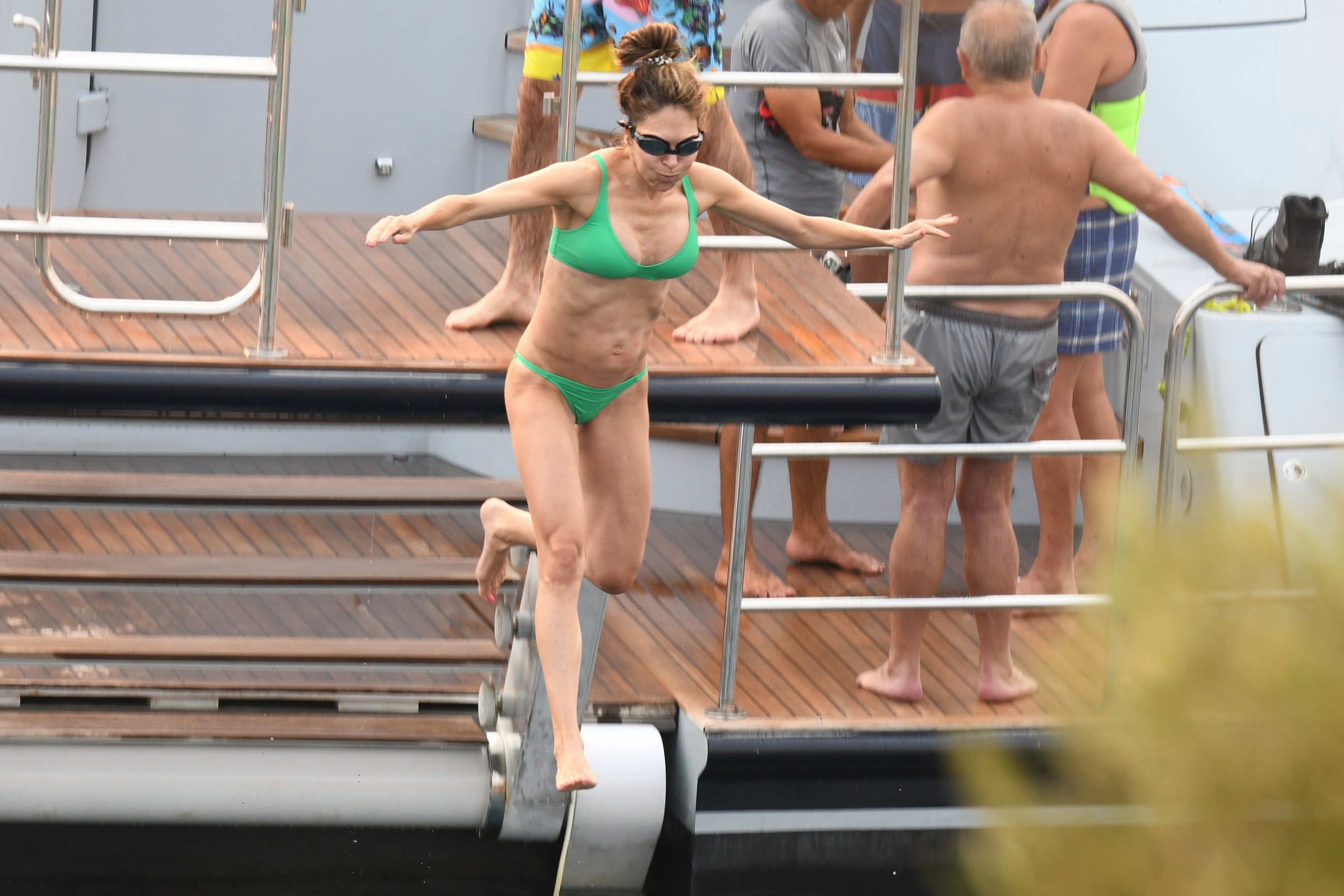 The Rock DJ singer and son Charlton, six, sported matching Mohican hairstyles on a yacht after the dad of four got creative with the clippers.

Ayda posted a video of Robbie shaving his son’s head on her Insta page.

After finishing his barber work, proud Robbie gave a thumbs-up and Ayda shared a close-up, captioned: “Like father, like son.”

Explaining his new look, Robbie said: “I am losing my hair, I am thinning. So I thought, rather than fight against it, I should lean in. So I shaved it.”

Good attitude, Rob. It’s best to have No Regrets. 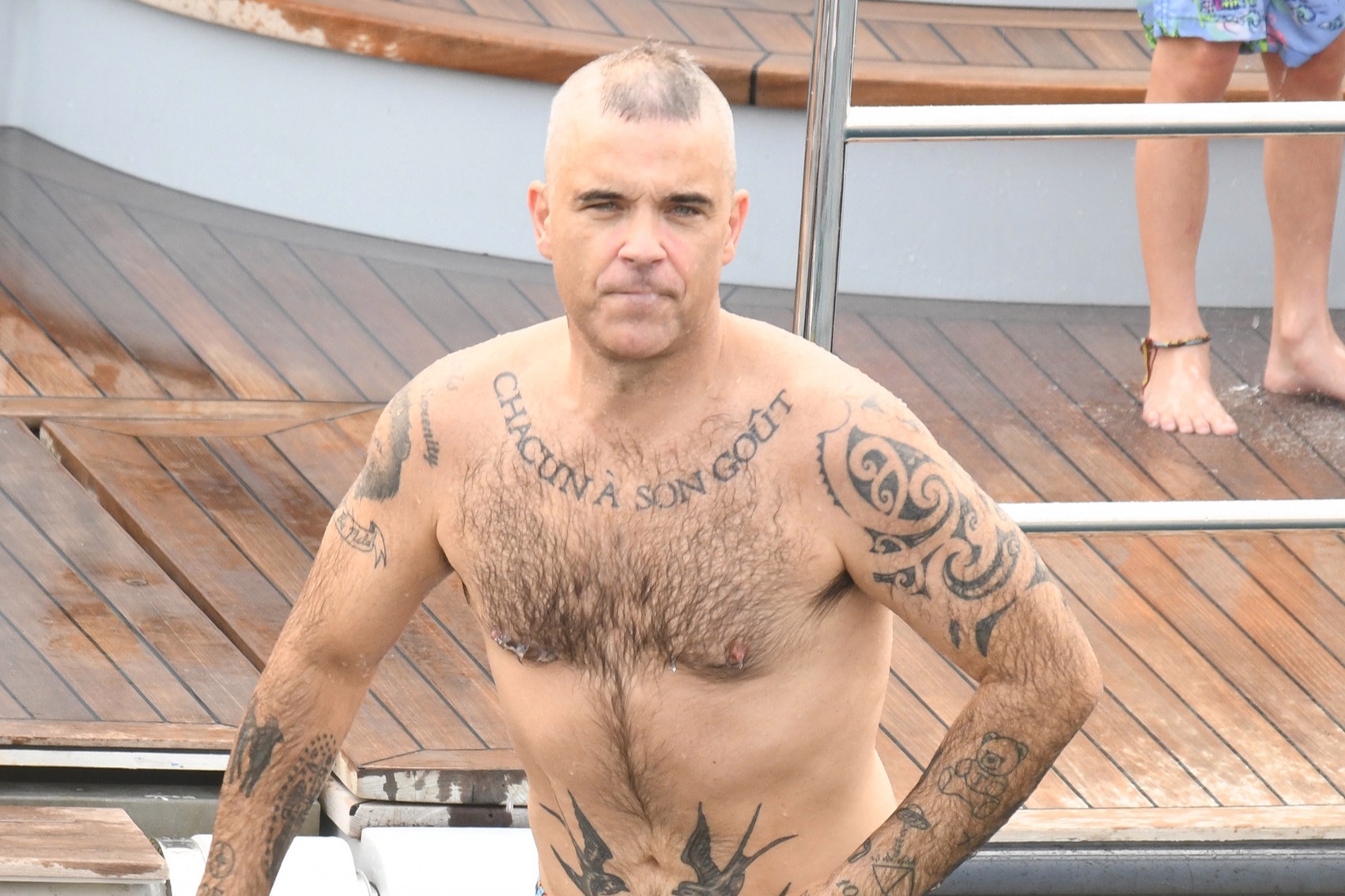 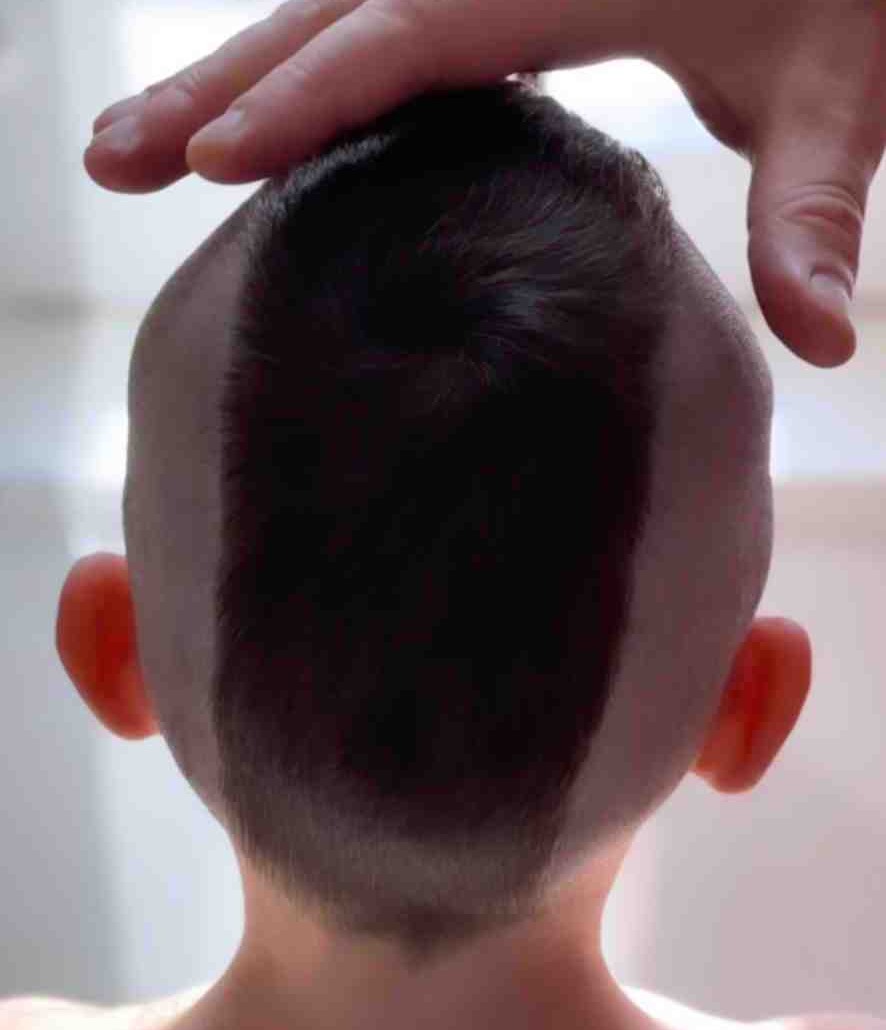