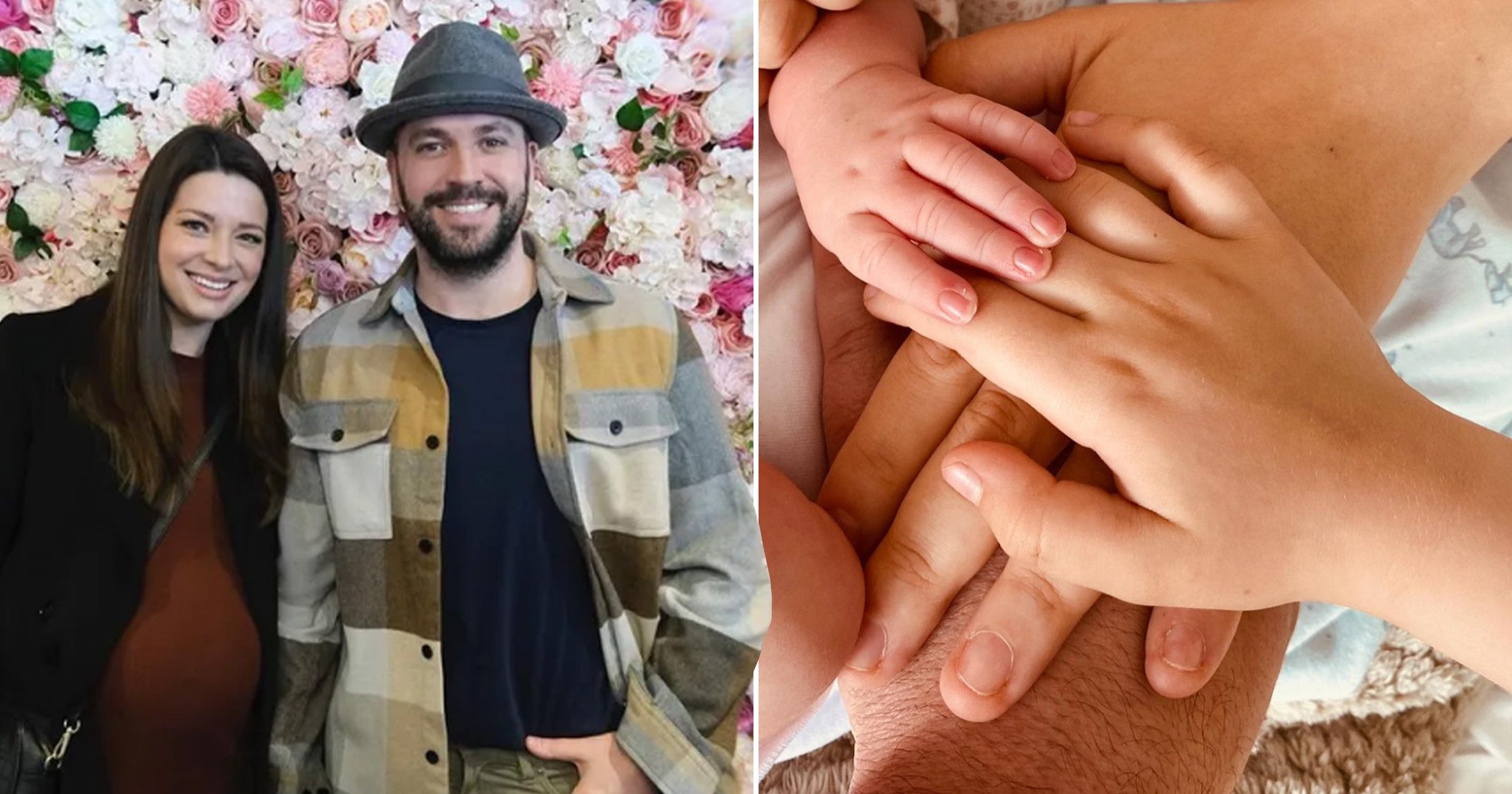 The Breathless singer, 37, and actress Sophie, already share daughter Willow and have now added to their brood with their new arrival.

It came as a bit of a surprise to the new parents, who had been told by doctors they were having a second daughter – a sister to five-year-old Willow.

Sharing the joyous news, singer Shayne took to Instagram on Thursday where he admitted it was a ‘shock’ that Sophie had delivered a baby boy – but they were ‘overjoyed’.

He wrote: ‘And then there were Four!’

Revealing his first son was born on Saturday, June 11, the former Coronation Street star went on: ‘We had a HUGE surprise!

‘Not a baby girl we were expecting but a beautiful baby Boy.

‘We are so overjoyed and blessed that sir baby Ward has arrived,’ he added.

Along with the sweet message, Shayne shared a gorgeous photograph of the family of four, their hands all placed on top of each other, with the newborn’s on top.

The couple were inundated with messages of congratulations from friends, fans and family, with Coronation Street star Julia Goulding writing: ‘Wow!! Congratulations, how wonderful, sending so much love to you all.’

Fellow Corrie star Samia Longchambon wrote: ‘So happy for you all.. he’s a beauty, can’t wait for cuddles.’

Soaps actor Sophie, who has appeared in the likes of Hollyoaks and Casualty, and Shayne announced in January of this year that they were expecting their second child.

They first met in 2016 and became parents later that year with the arrival of their firstborn Willow, becoming engaged shortly after.