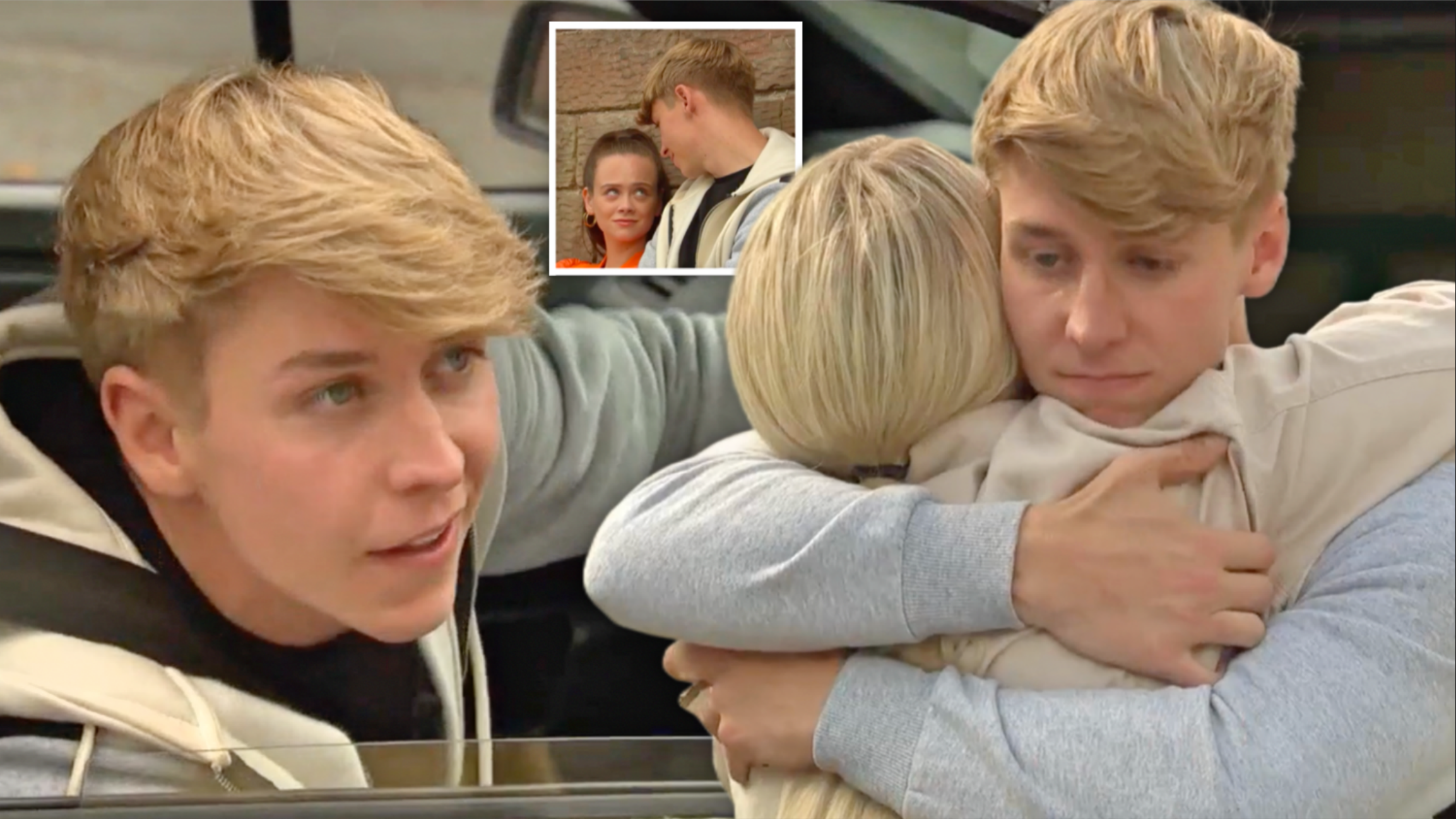 It’s a day that we hoped would never come, as Sid Sumner (Billy Price) left Hollyoaks after an incredible three years on the show and we’re not crying, we swear.

The teen made a huge decision about his future upon returning to the eponymous village earlier this month, deciding that after everything that had transpired in recent weeks, he would set off on his travels.

His decision proved tough for his loved ones to get their heads around, especially Juliet Nightingale (Niamh Blackshaw), who was heartbroken at the thought of losing her best mate.

The two shared something of a tense scene, as Juliet became defensive, refusing to let Sid know just how much she was going to miss him, but they later made things right, as an emotional heart-to-heart ensued.

Sid reminisced about his three eventful years in Hollyoaks, telling Jules that he ‘loves’ the village and those who dwell there, but that he needs a fresh start after all the hardship he’s endured.

The two besties fought tears as they admitted their love for one another, all the while reflecting on the impact they’ve had on each other.

Lizzie gifted her former beau with Dave’s (Dominic Power) car as a way to make up for Dave’s previous efforts to get rid of him. Peri, meanwhile, branded Sid her ‘brother for life’, while Ste gave him another hug.

Leela insisted that he get in touch if he needs anything and Sid returned her kind words with a hug, thanking her once again for all that she’s done for him.

The final goodbye was yet another one with Juliet, his platonic soulmate, before he got into his new car and drove out of the village to the sound of Oasis’ Don’t Look Back In Anger, as Juliet reiterated just how much we all love him.

Metro.co.uk understands that Billy left the show to pursue other acting opportunities.

The character was a initially recurring one, introduced as Far-Right extremist Stuart’s (Chris Simmons) son, but he would ultimately go on to feature in numerous high-profile storylines over a three year period, becoming a much-loved fan-favourite in the process.

Hollyoaks continues Friday October 7 at 7pm on E4, or stream the next episode from midnight on All4.