SIMON Cowell showed off his sunburned chest before riding a jetski during his luxury holiday.

The music mogul, 59, once again forgot to apply the suntan lotion during his annual break to Barbados. 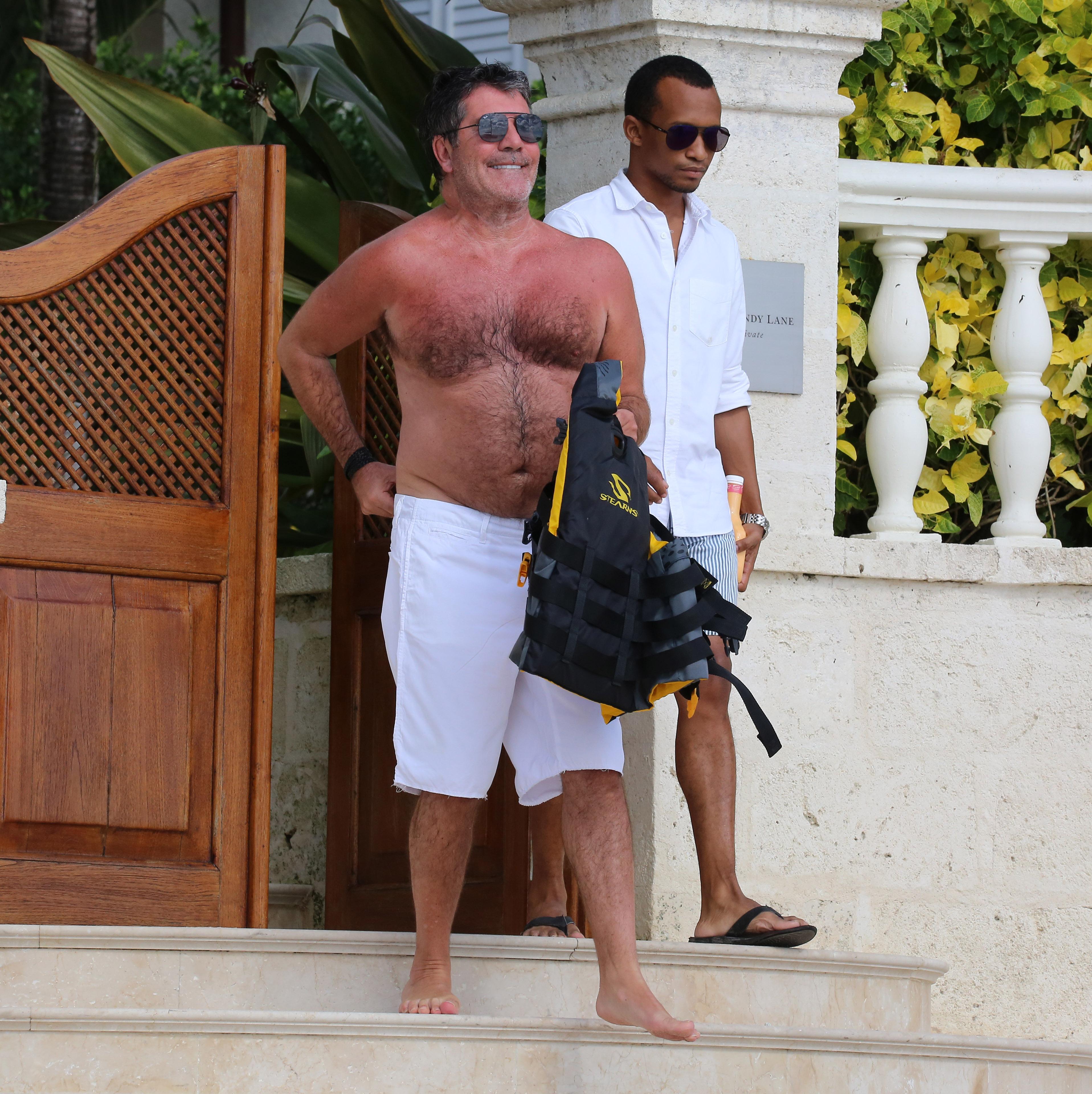 X Factor boss Simon – who's been joined on the trip by partner Lauren Silverman, son Eric and stepson Adam – hit the high seas in his trademark aviator sunglasses, swimming shorts and a life jacket.

Simon looked happy and relaxed as he made his way to his yacht, where his family were already waiting for him.

It comes after  Simon and Lauren rescued an adopted stray dog they found while on their holiday.

The star met terrier cross Daisy during his annual auction for homeless mutts on the island. 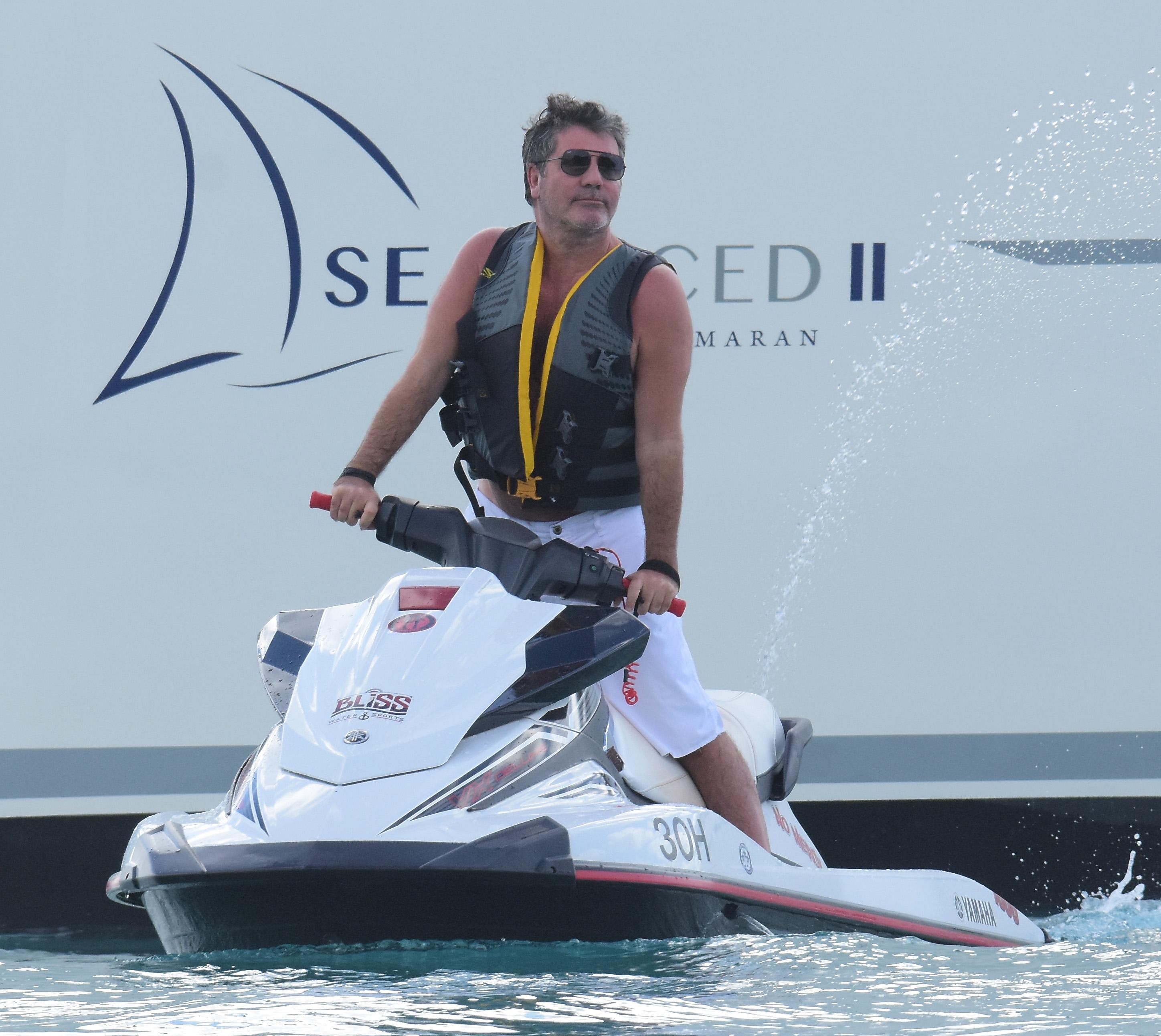 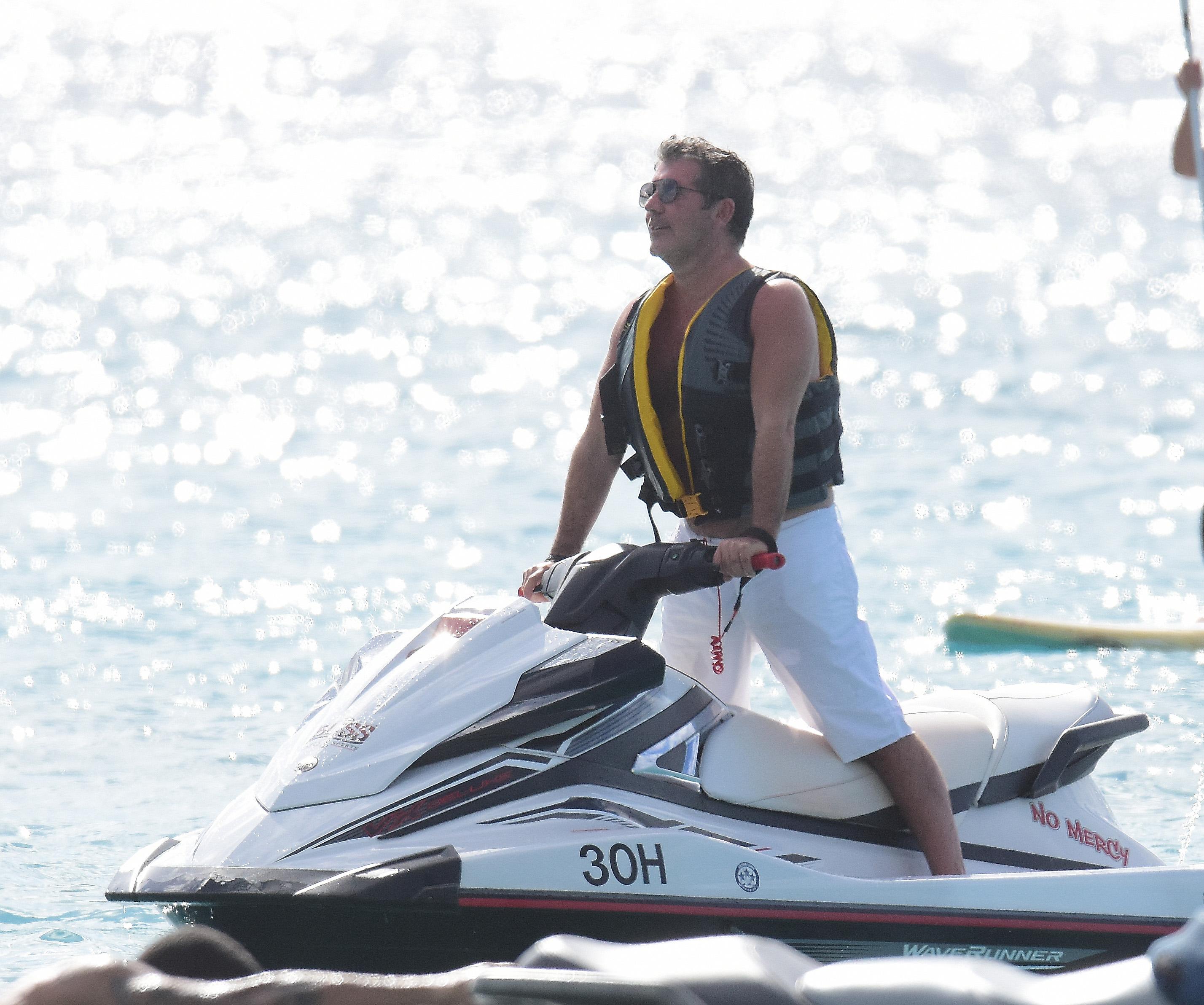 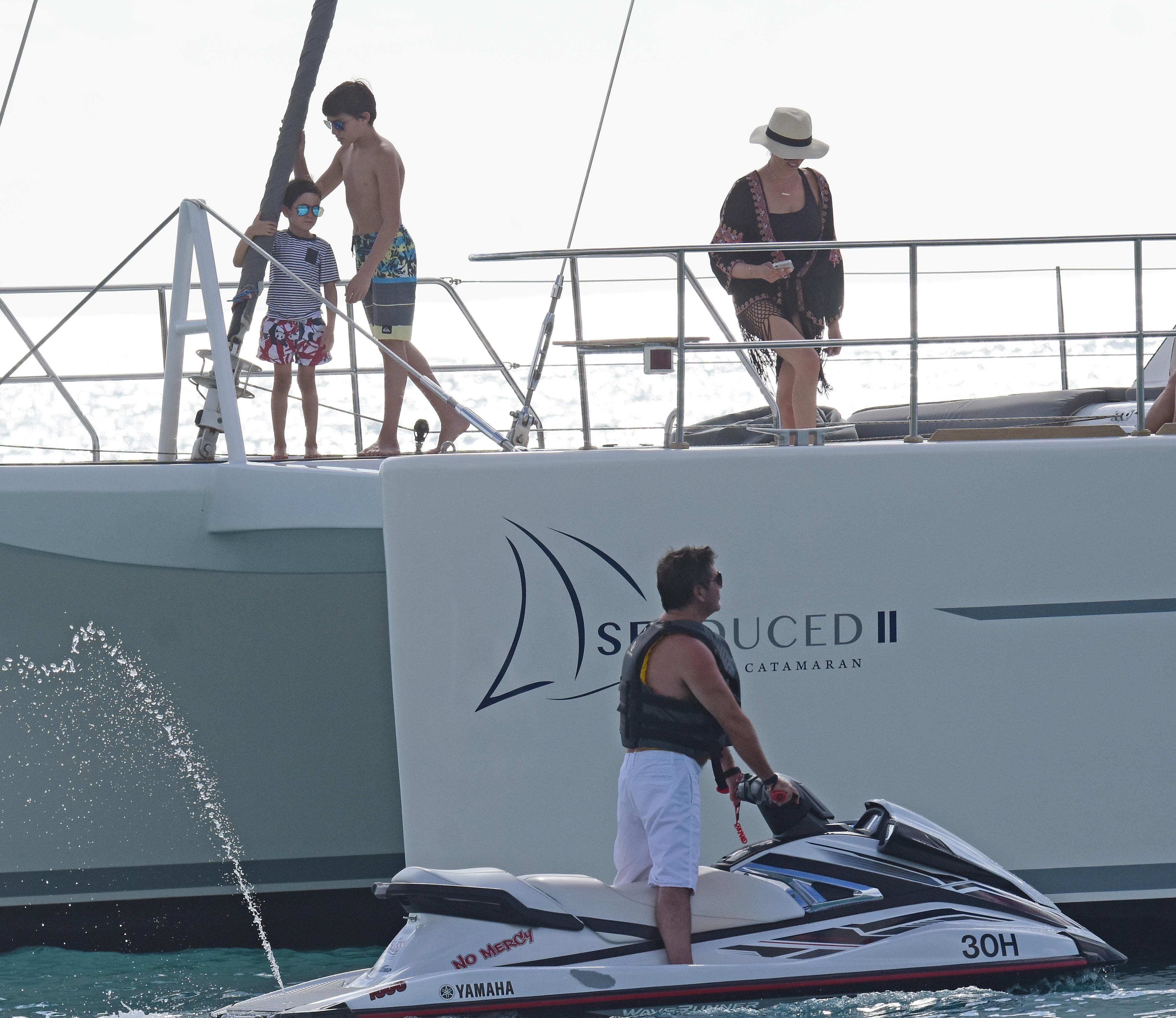 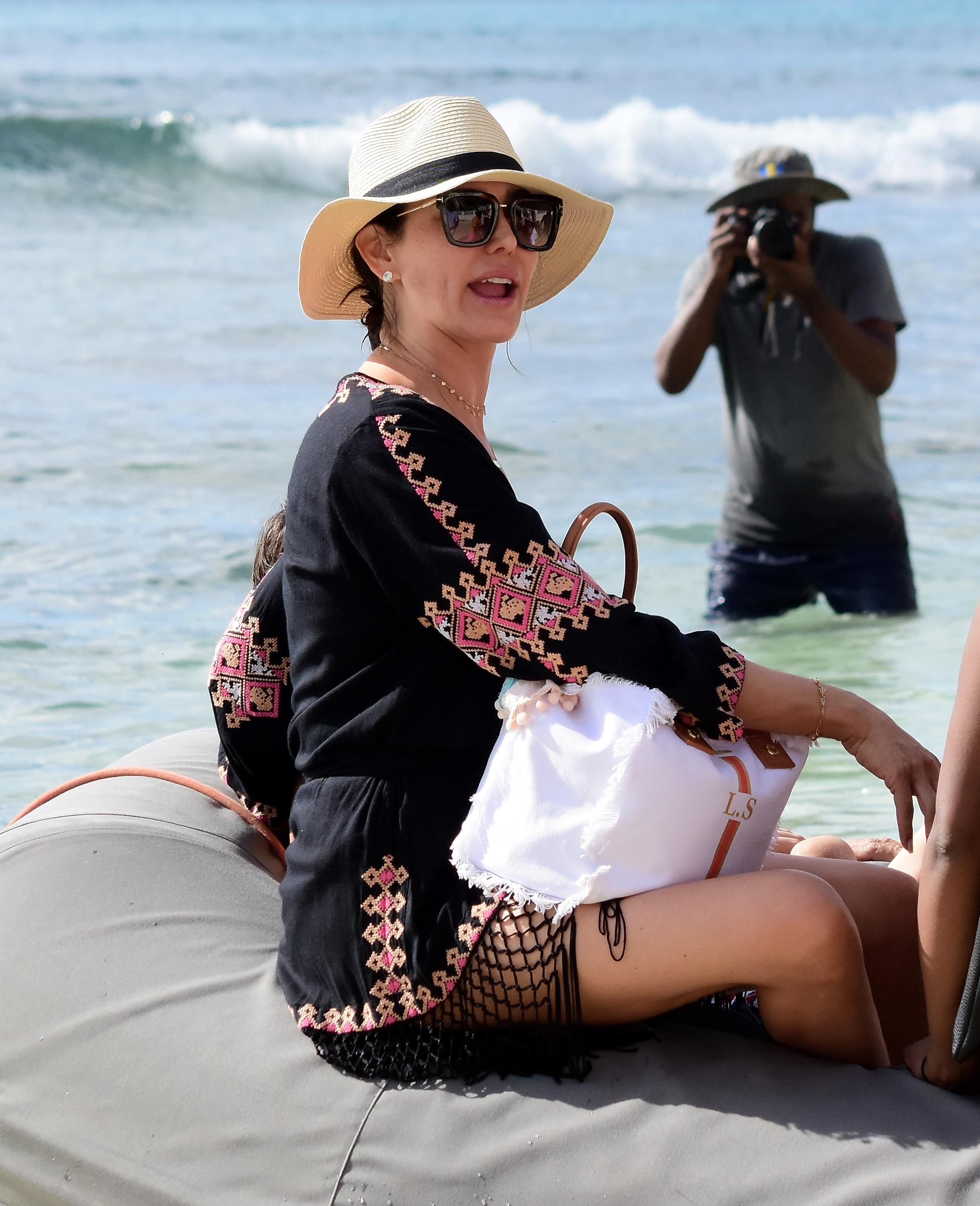 He “fell in love” with Daisy and is bringing her to the UK on his private jet.

Daisy was found abandoned with her two puppies, but thanks to charity K9 Friends, of which Simon and Lauren are patrons, all three dogs were nursed back to health.

Daisy is the fourth dog to join the Cowell clan with Yorkshire terriers Squiddly and Diddly, plus Freddy, his mother’s dog he took on after her death in 2015.

The Sun's Bizarre column recently revealed that the music mogul is launching a boyband of performing monkeys. 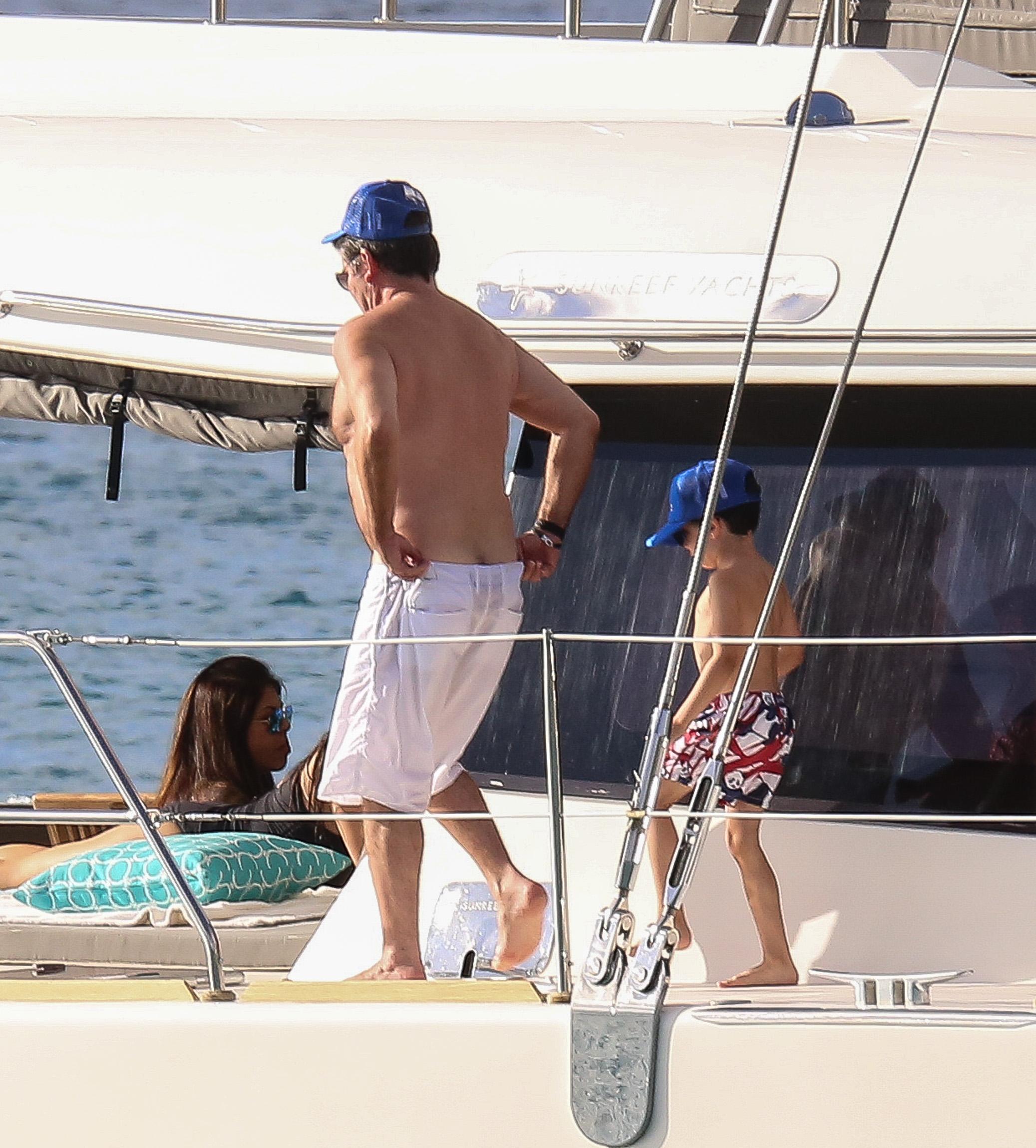 His firm Syco is in the advanced stages of creating The Monkeys — four computer-animated primates based on the stars of Take That, One Direction and The Beatles.

A Hollywood insider revealed: “This is the most bizarre entertainment project of the decade.

“But Simon wants to create the next big thing in music and he thinks a band of monkeys based on mega boybands like 1D could be the answer.

"It’s his passion project and it helps that he won’t have to deal with the egos of human pop stars. 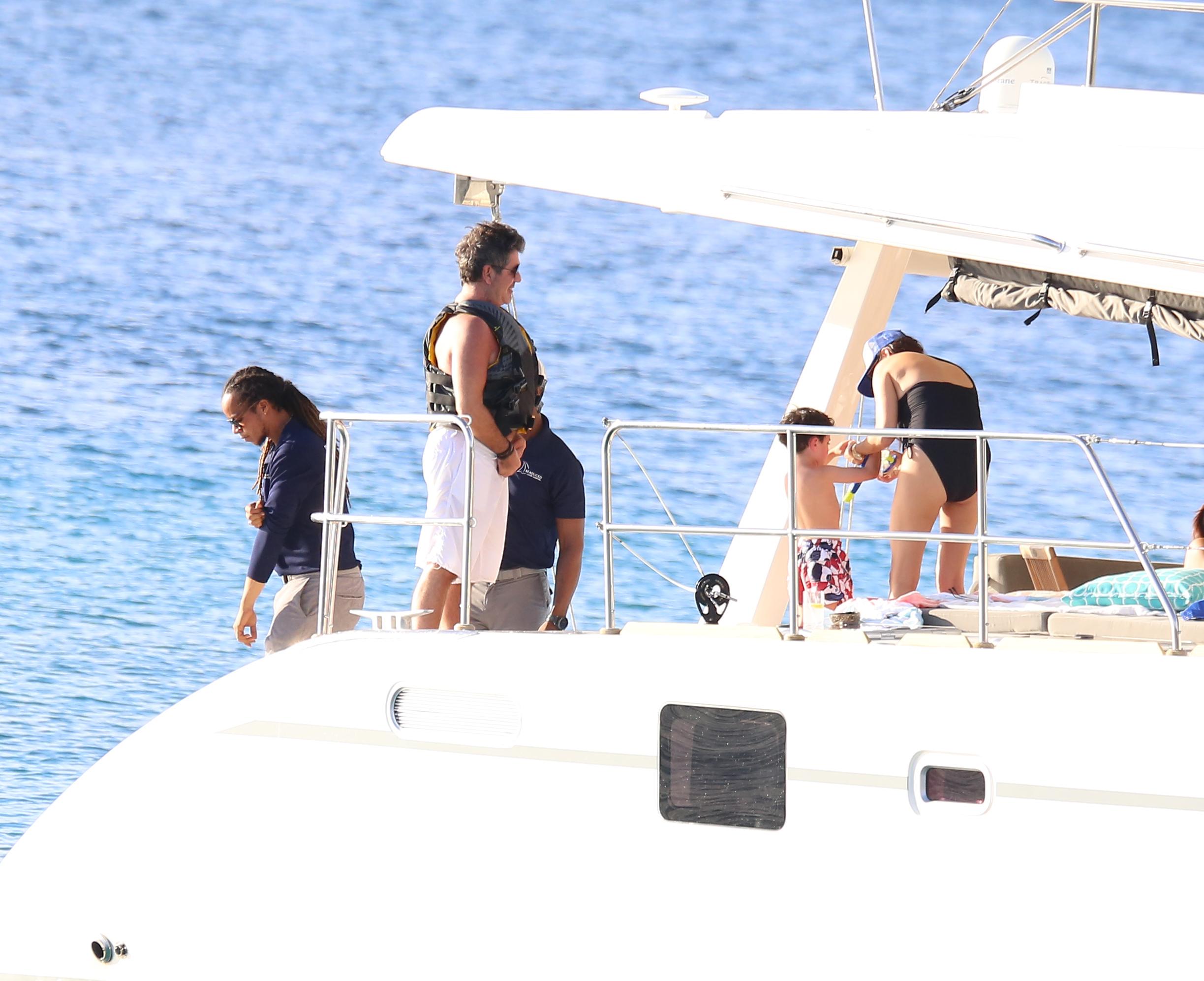 The Monkeys will be a group made up of four Brits who have had major success in America like The Beatles in the 60s.

“No animals will be harmed in any way because of some clever CGI effects.

"Simon loves animals. His favourite movie is The Jungle Book so he wants it to have a flavour of that.

“But he’s also very motivated by the huge financial success of Disney which shows just how successful musical film franchises can be. Movies are one of the best way to sell albums, which is still a huge priority for Simon.”