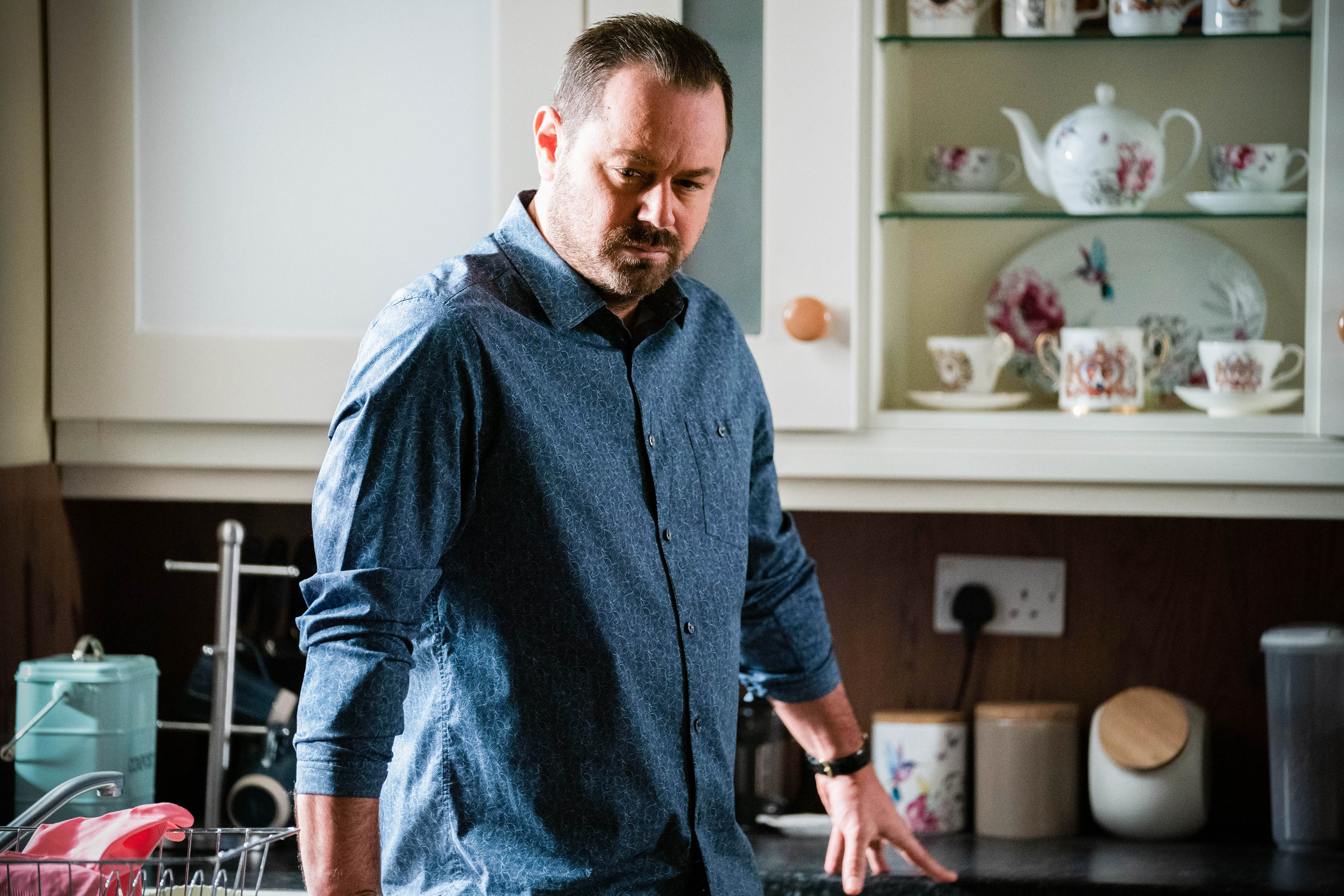 When Stuart Highway (Ricky Champ) first arrived in EastEnders, he was involved in a huge feud storyline with Mick Carter (Danny Dyer).

Initially friends, Stuart and Mick turned into enemies after Tina (Luisa Bradshaw-White) revealed the torture she experienced at the hands of Stuart and his friends.

After trying to force Stuart out of Walford, Mick readapted to life out of prison while his former pal moved in with Dot (June Brown).

After the hell Stuart caused Mick and Linda, he’s tried to rebuild his relationship with them.

Coming up, we’re going back in time as Stuart’s evil side is unleashed when he discovers Mick’s threats towards Rainie.

Convinced she knows the truth about Linda’s baby, Rainie goes to drastic lengths to try and expose the truth.

After discovering Mick has threatened Rainie, Stuart visits him and gives a stern warning for trying to jeopardise his family.

Are Mick and Linda in danger?

Could Mick and Stuart go head to head again as they both become determined to protect their partners?