A first look at the new series The Kings of Napa is out, spotlighting the drama before its season premiere on January 11 at 8 PM ET/PT on OWN.

The Kings of Napa is from writer and executive producer Janine Sherman Barrois (Claws, Self-Made: Inspired by the Life of Madam C.J. Walker) and Warner Bros. Television. 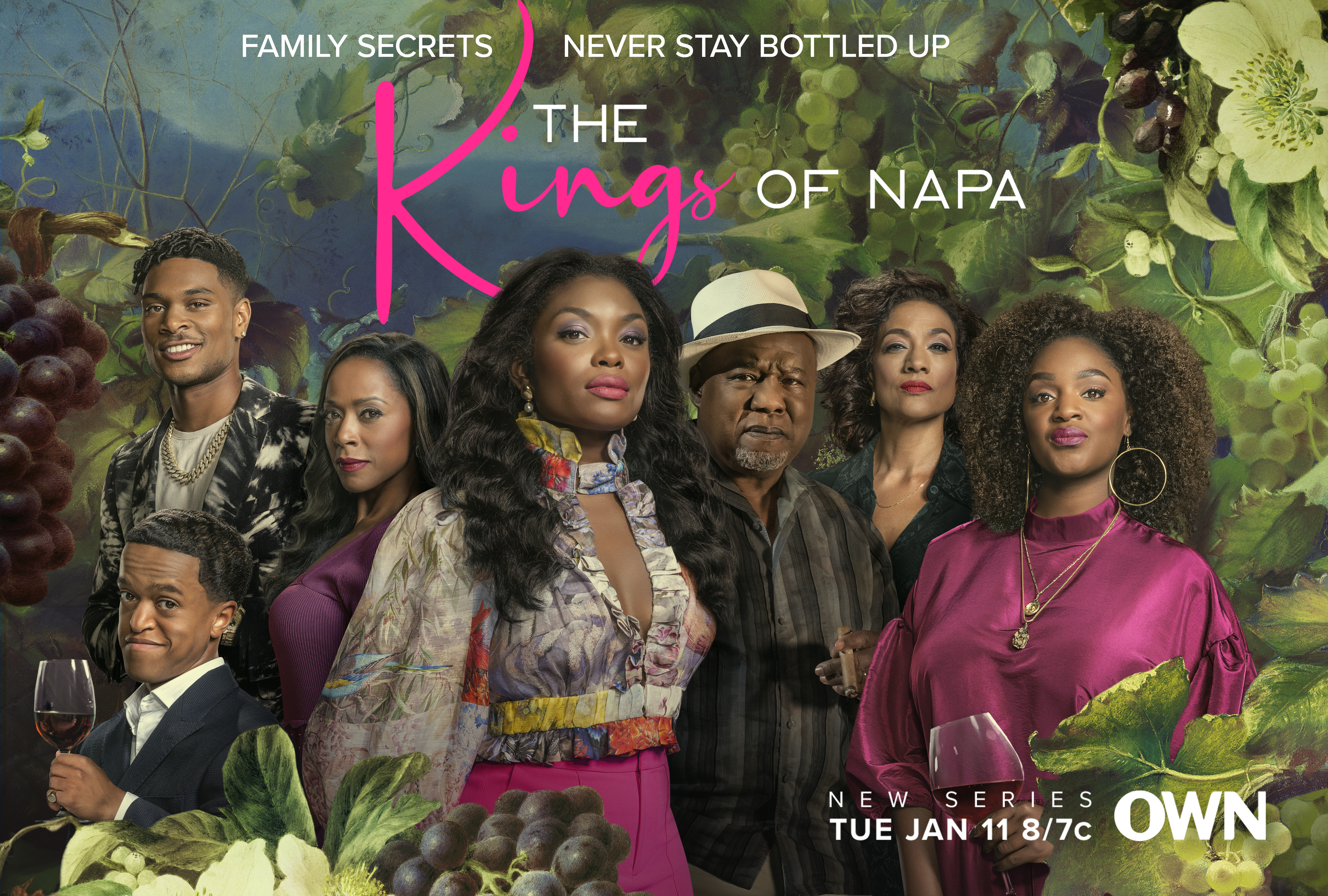 The series details the drama at the House of Kings vineyard in Napa. California, owned by the Kings, an aspirational African American family whose wealth and status land them on the pages of design magazines and society pages. The wine business has brought the family success and acclaim. But following the patriarch’s sudden exit from the company, his three children must grapple for the reins to the kingdom.

The show features Ebonée Noel (FBI, Wrecked), who plays August King, the middle sibling and the family’s marketing whiz who’s passionate about wine and always looking for new ways to expand the business.

Rance Nix (Zero Issue, Amsterdam Ave) plays Dana King, the older brother and the savvy CFO of the winery. Karen LeBlanc (Ransom, Jack Ryan) plays Vanessa King, the matriarch of the family who gave up her career to help run the winery in Napa with her husband, Reginald King, played by Isiah Whitlock Jr. (The Wire, Da 5 Bloods).

Yaani King Mondschein  (The Prince & Me, Saving Grace) plays Bridgette Pierce, the cousin of the King siblings who works as the vineyard manager for House of Kings wine. Ashlee Brian  (The Forty-Year-Old Version, Family Reunion) plays Christian King, the youngest brother with swag who manages the winery’s bottling facility, but knows little about growing grapes. Devika Parikh (Grey’s Anatomy, Aquaman”) plays Melanie Pierce, August’s aunt, who is now back in the US with a firestorm that threatens to change the King family forever.

The Kings of Napa is produced for OWN by Harpo Films in association with Warner Bros. Television. Sherman Barrois serves as showrunner and executive producer alongside Michelle Listenbee Brown (Love Is__, Real Husbands of Hollywood) and Oprah Winfrey. Academy Award winner Matthew A. Cherry (Hair Love) directs the first two episodes of the series.