Viper is one of 12 famous celebrities taking part in the first season of The Masked Dancer, the sister show of The Masked Singer. The snake-like participant will perform for judges Jonathan Ross, 60, Davina McCall, 53, Oti Mabuse, 30, and Mo Gilligan, 33, for their chance to progress in the competition. However, viewers of the ITV show have been given a snapshot of the costume and it seems something relating to music attached to the design could be linked to the character’s identity.

To look at, the reptilian figure oozes a rock star persona, with a red mohawk attached to the character’s head and the leather, studded clothes they seem to be wearing.

In the promo picture released ahead of Saturday night’s first episode, Viper is seen sticking their tongue out as a rock star would do.

On closer inspection of the costume, the contestant is also sporting a number of badges which could be a reference to who is hiding inside.

These include images of guitars, the words “Pow” and “Punkers rock” written on the jacket, and the popular rock concert gesture of hand-horns.

All indications suggest the celebrity performing will be a rock star but the clues could be a big red-herring as to who is actually dancing. 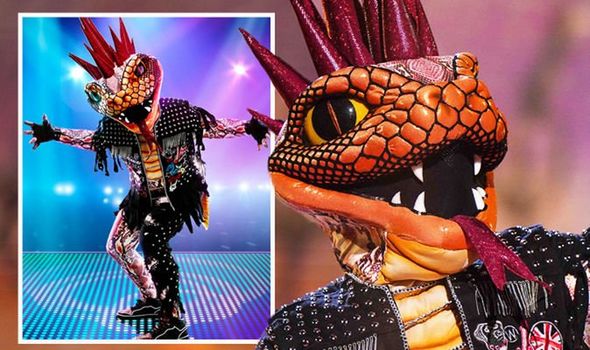 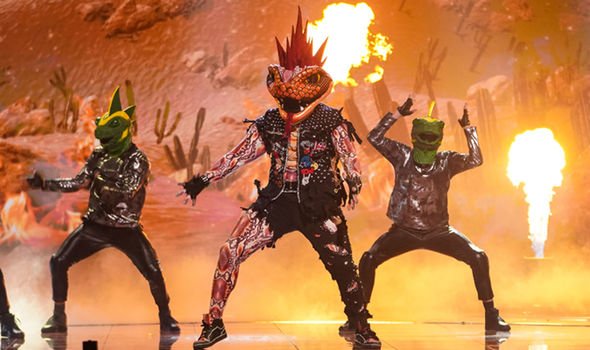 The caption attached to the image of Viper reads: “Will they have snake hips? Can they be charmed by the music? It’s Viper!”

As the competition continues, more and more clues will be revealed about the contestants’ identities, with the infamous clue packages featuring before each performance.

Once each participant has showcased their routine, they will speak to the panel and let slip a few more details about who they are.

However, there is a big twist in store as unlike The Masked Singer, the characters’ voices will not be distorted to change their voice. 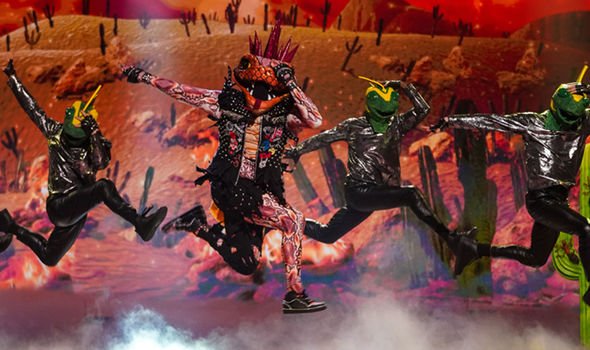 Will they have snake hips?

Therefore, the celebrity’s real voice will be heard by the judges and those watching at home, which could make the game easier or harder for those playing along.

Speaking about what to expect, Davina, Oti and Mo were interviewed for ITV chat show Lorraine and explained a bit more of the premise of the show.

Davina said: “Over the weeks, the days, what happens is that you just get more and more confused, there’s more and more questing.

“Every day you’re just thinking, ‘No, I’ve got it’ and every clue seems to fit that person – and no you haven’t got it, it’s gone again. And it’s compulsive!” 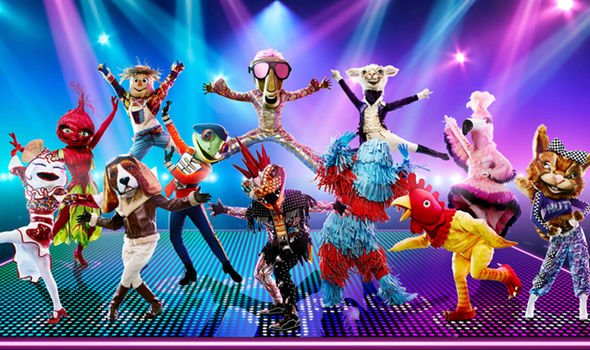 Newcomer and Strictly Come Dancing star Oti added: “I am beside myself. I cannot wait for people to see it because I’m having the best time!”

Mo said: “If you like the singing version, imagine this but more clues – the only difference is that they dance.”

Viper won’t be the only contestant performing in the debut episode of the programme with Zip and Scarecrow also making an appearance.

Beetroot, Knickerbocker Glory, and Llama will complete the line-up and by the end of the episode, one of them will be sent home.

Taking to Twitter, fans of The Masked Singer have been expressing their excitement to see how well the sister show fares.

One avid viewer wrote: “Can’t wait for Masked Dancer tonight it’s going to be so much fun guessing! #MaskedDancerUK.”

Another posted: “Decent television on tonight #MaskedDancerUK is going to be good I reckon,” with a third sharing: “Interested in seeing how this works.”

“AAAH!!! I’m so excited for this and I’ve got my notes of who I think the masked dancers are ready and waiting! I cannot wait,” a fourth added.

The Masked Dancer begins tonight at 7pm on ITV.