The Morning Show is a drama series about a popular news program that comes under fire when co-anchor Mitch Kessler is fired for sexual misconduct. The Morning Show is a fictional series, but it takes its inspiration from real topical issues. The series is so topically relevant that it has already had to be rewritten twice to include relevant news. Season 1 went back to focus more on the Me Too movement after the Harvey Weinstein scandal broke. Season 2 was rewritten to include the coronavirus (COVID-19) pandemic. 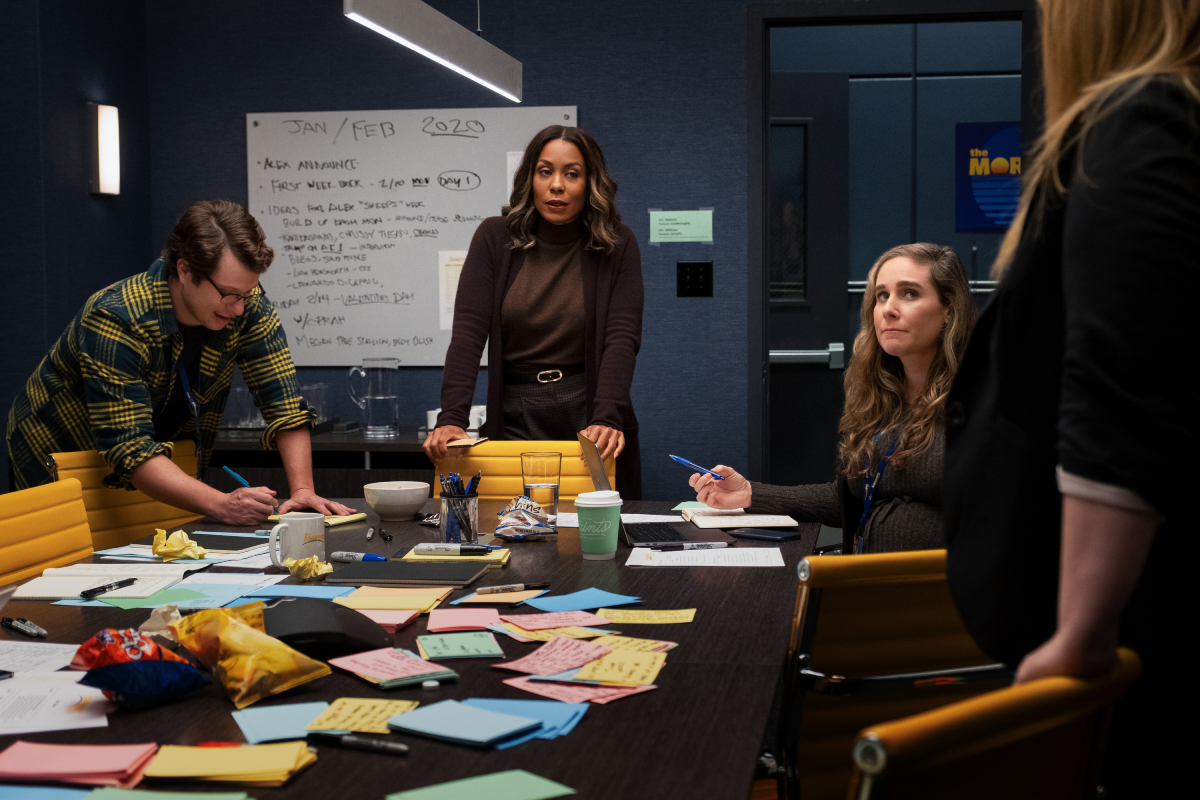 ‘The Morning Show’ Season 1 tackled the Me Too movement

Season 1 of The Morning Show always intended to address how women are treated in the workplace. Then the Me Too movement broke. NPR states that season 1 was rewritten to include Me Too and to “put sexual misconduct into sharper focus.”

The show’s writers also added Weinstein’s crimes into the series. In the flashback episode “Lonely at the Top,” Alex and Mitch watch as breaking news of Weinstein’s accusations flashes across their screen. The series goes beyond the inappropriate and predatory behavior of one man. It explores the culture of silence and the stigma surrounding women who become targets.

Production for The Morning Show Season 2 had already begun when coronavirus hit the U.S. Rewriting and reworking episodes of a series that is already in production is no small task. “If you simply have to rewrite the first two episodes and re-break a giant portion of your season midstream that’s, from a production perspective, an earthquake,” executive producer Michael Ellenberg told NPR. “And then the other thing we were managing is, can we actually make this thing safely?”

The cast and crew of The Morning Show were figuring out how to navigate the pandemic while their characters were doing the same thing onscreen. Desean Terry plays correspondent Daniel Henderson in The Morning Show. In the most recent episode of season 2, “It’s Like the Flu,” Daniel suggests that the news team should cover the mysterious illness.

As the show’s characters dealt with new protocols and safety measures, so too did the cast. “We were figuring it out as we go,” Terry told NPR. “I think back to the first group scene that we shot, we were now shooting under completely different circumstances. And so there was a little bit of awkwardness and uncomfortability between us.”

Will there be a season 3?

Season 3 of The Morning Show is definitely a possibility, though nothing has been confirmed yet. “I think season 3 is definitely all on our minds. We’re definitely planning for it,” Reese Witherspoon told Collider Interviews. “But it just has to hit the same bar [as the other seasons].

It’s hard to guess what season 3 could hold, considering how quickly things changed for seasons 1 and 2. The Morning Show has shown that they are more than willing to rework the show to include topical issues. It’s possible that some of the topics that a third season of The Morning Show might cover haven’t even happened yet.