TIGER Woods' ex-wife Elin Nordegren was seen for first time with his two kids after the golfer was injured in a horrific car crash.

The pro-golfer had multiple surgeries after he crushed both his legs and ankles during the accident. 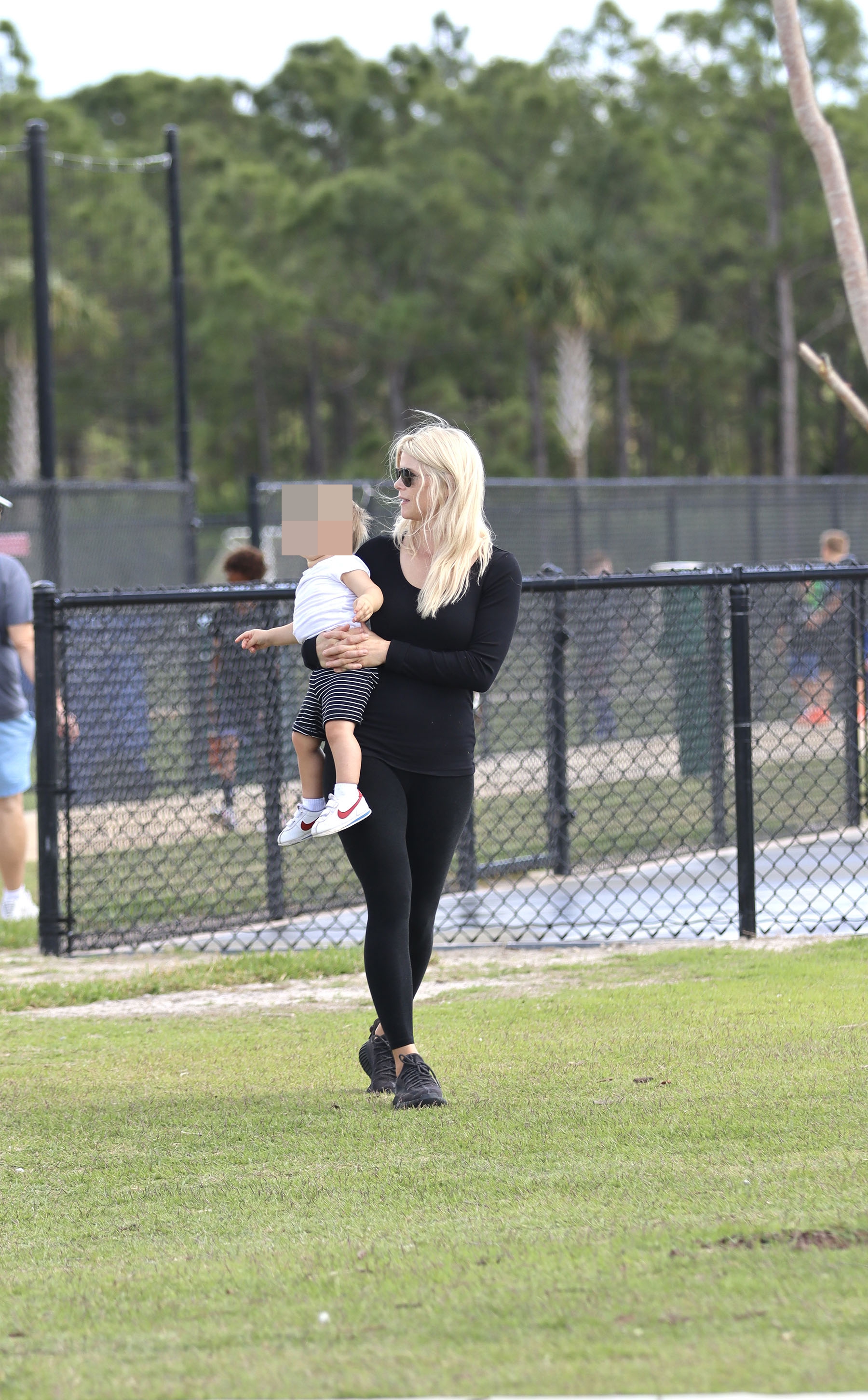 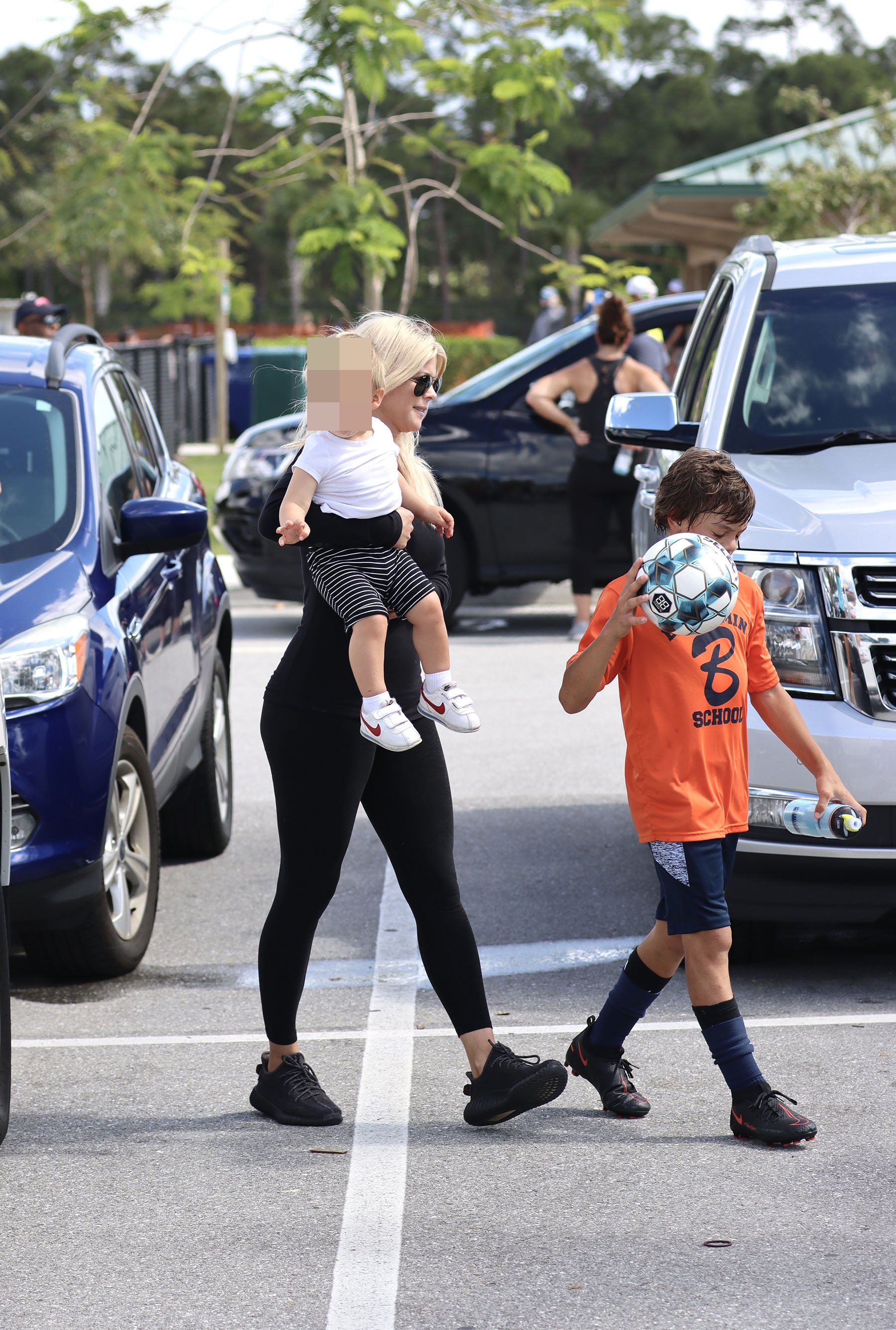 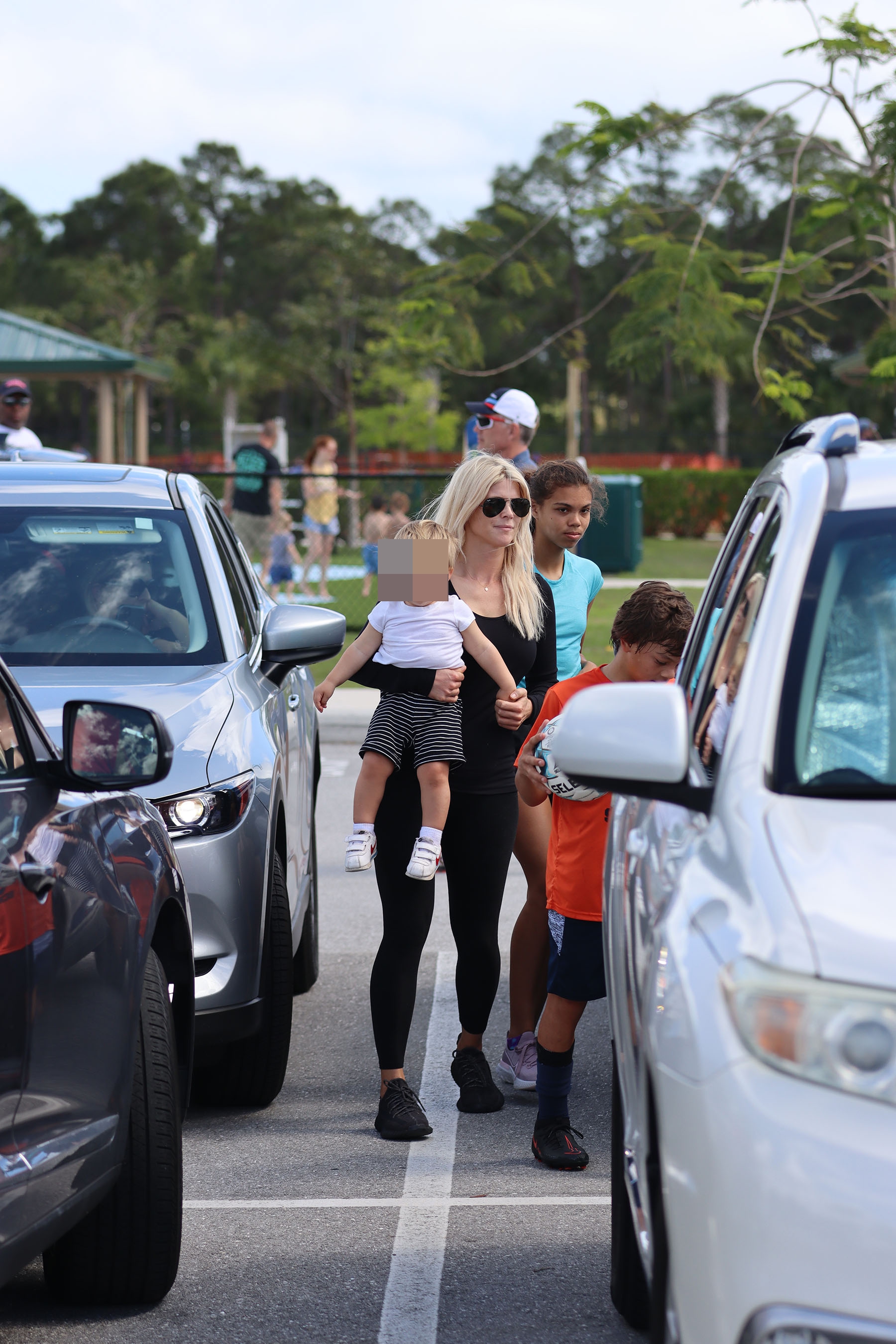 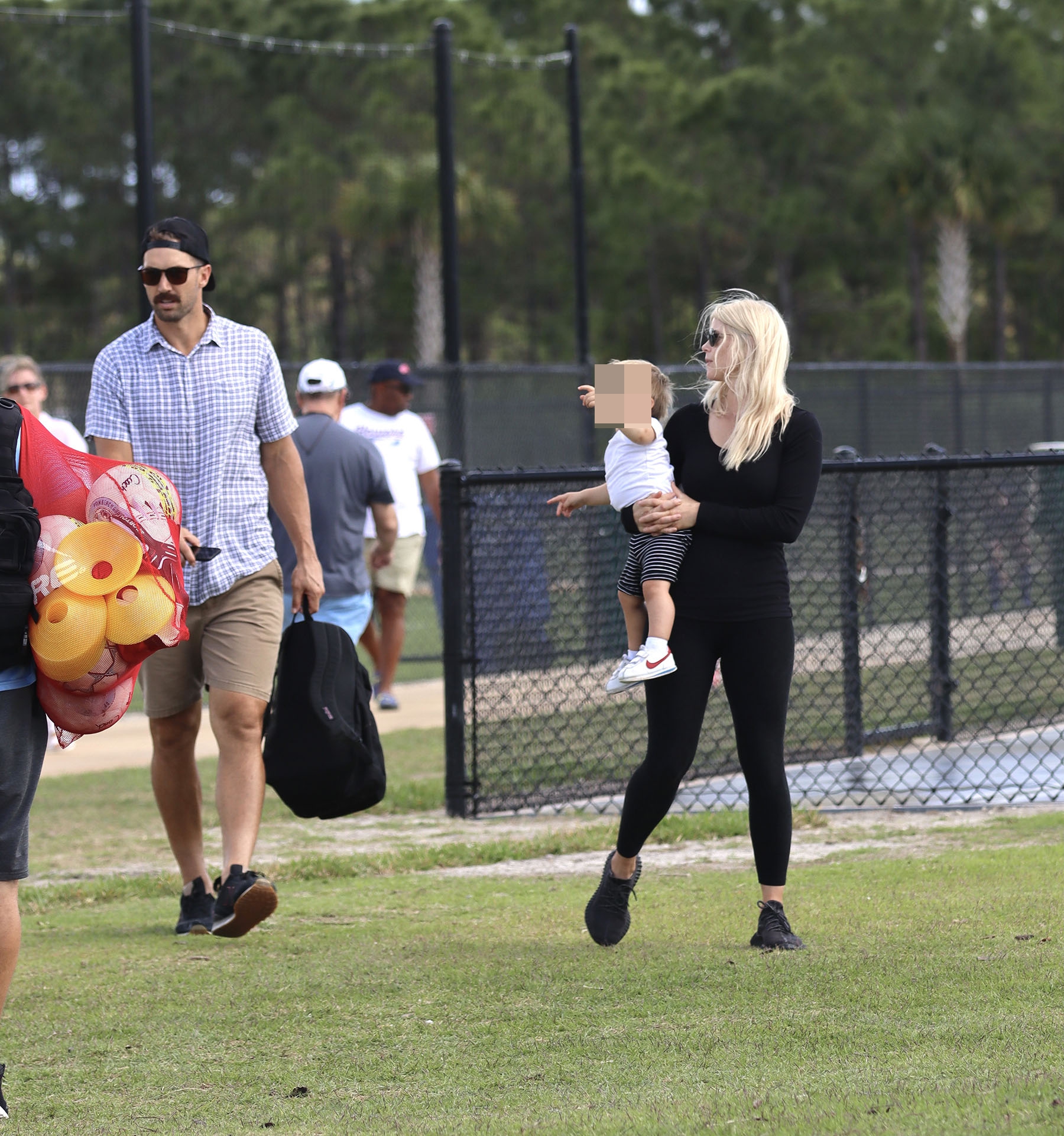 Elin was spotted on Saturday at a soccer practice in a park in Palm Springs, Florida, with their two kids, Sam, 13, and Charlie, 12.

The former blonde model was wearing a head-to-toe black outfit with matching black sneakers as she carried her youngest son, Arthur, in her arms.

She was also accompanied by her partner, former NFL player, Jordan Cameron. 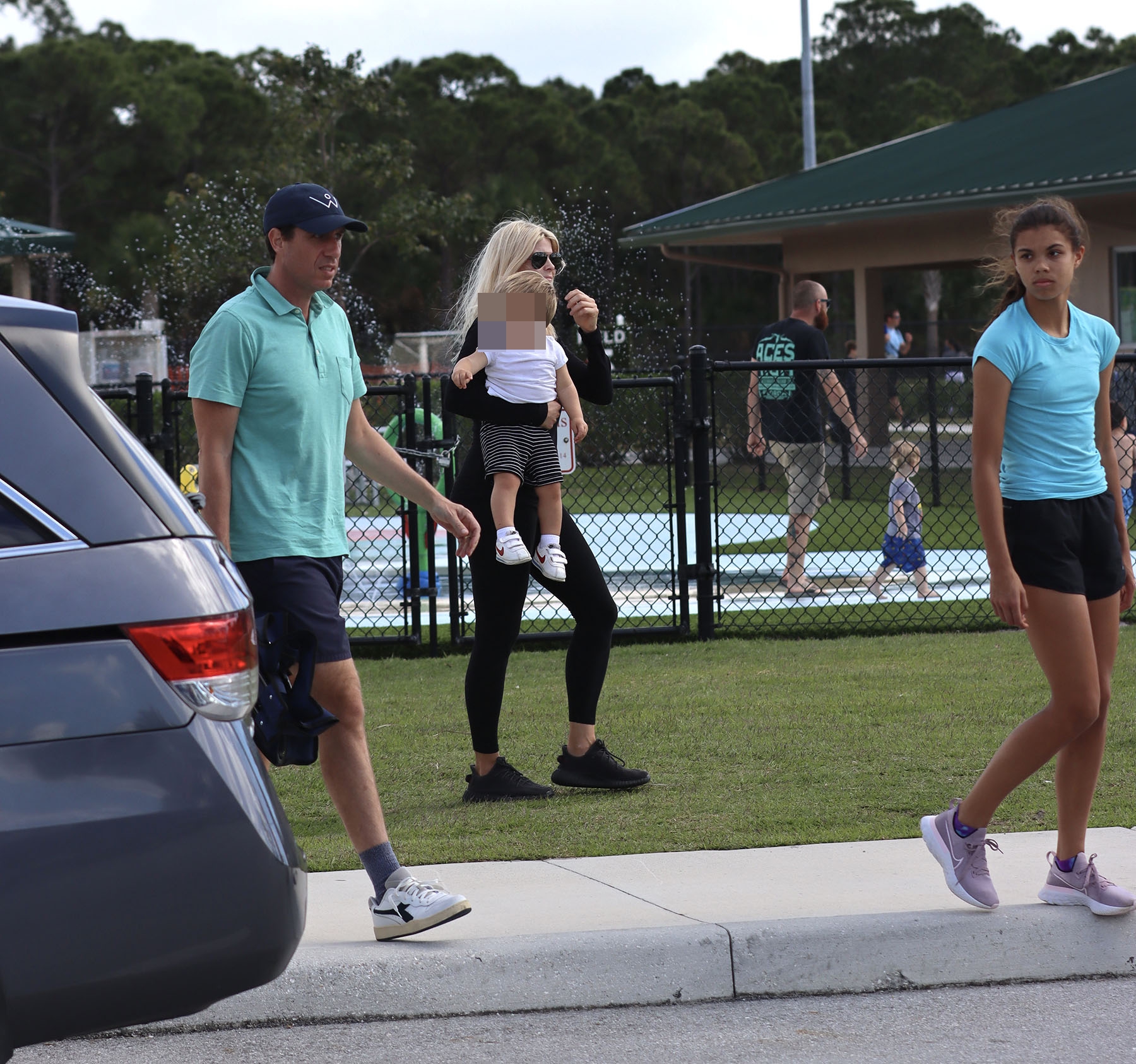 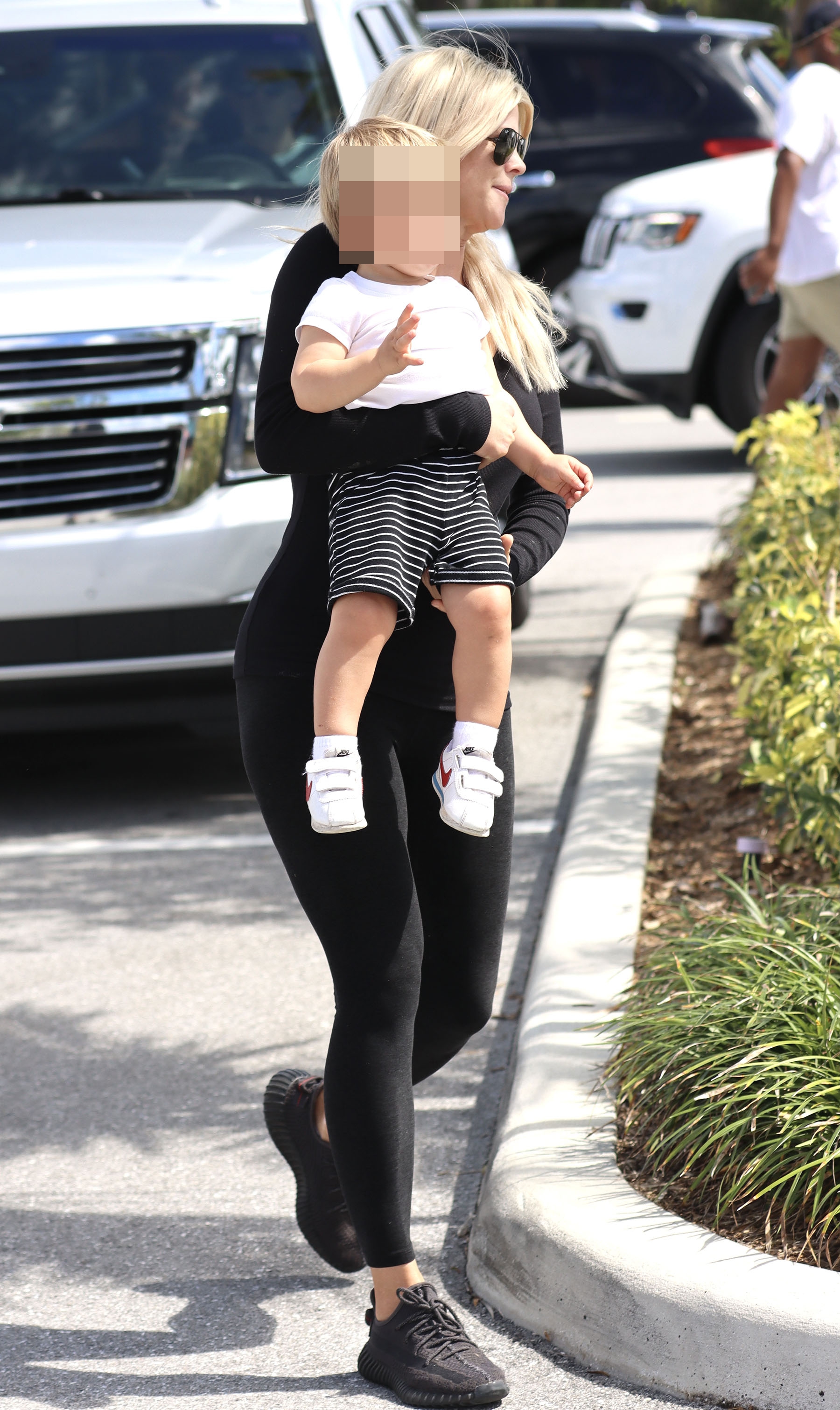 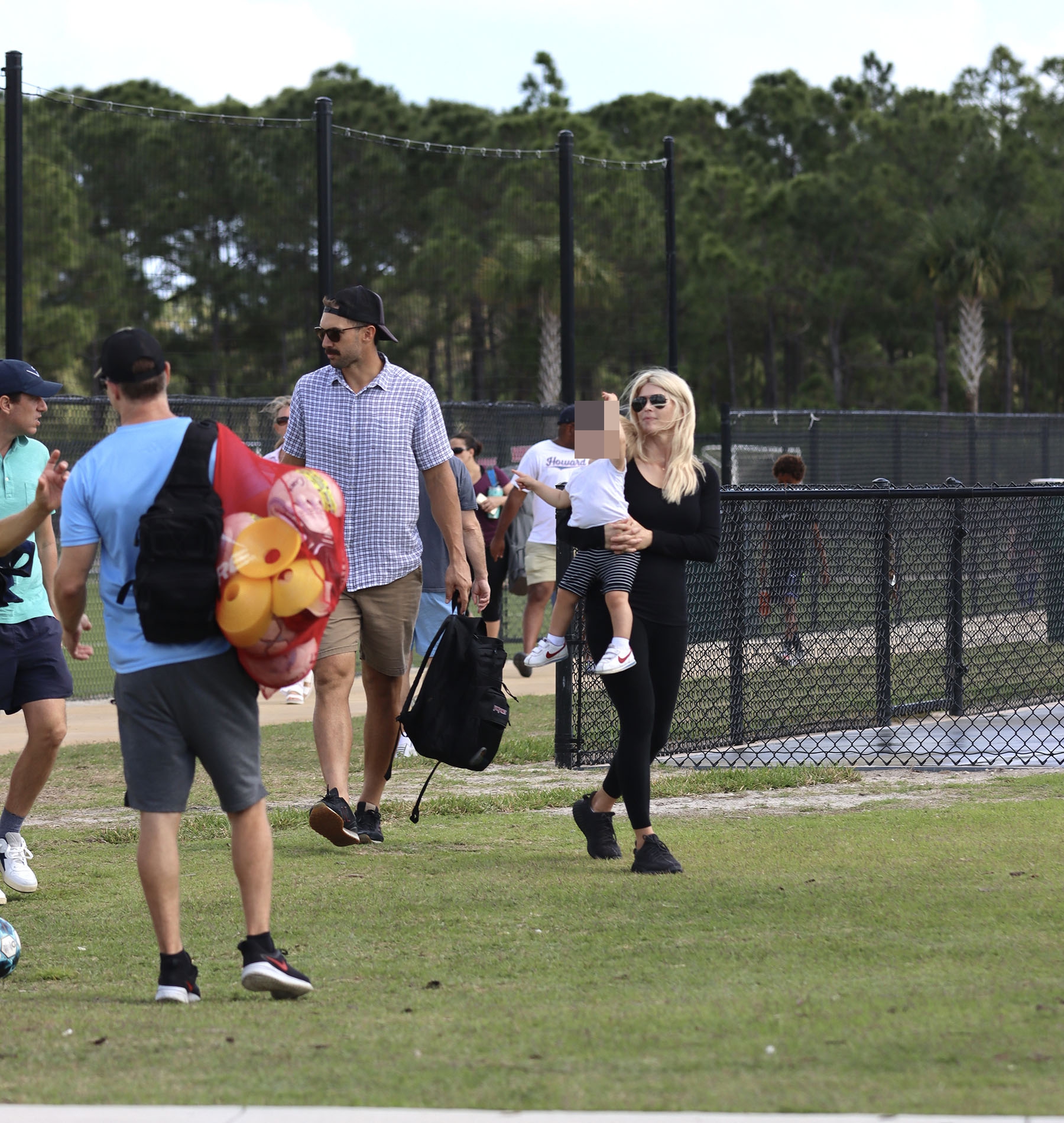 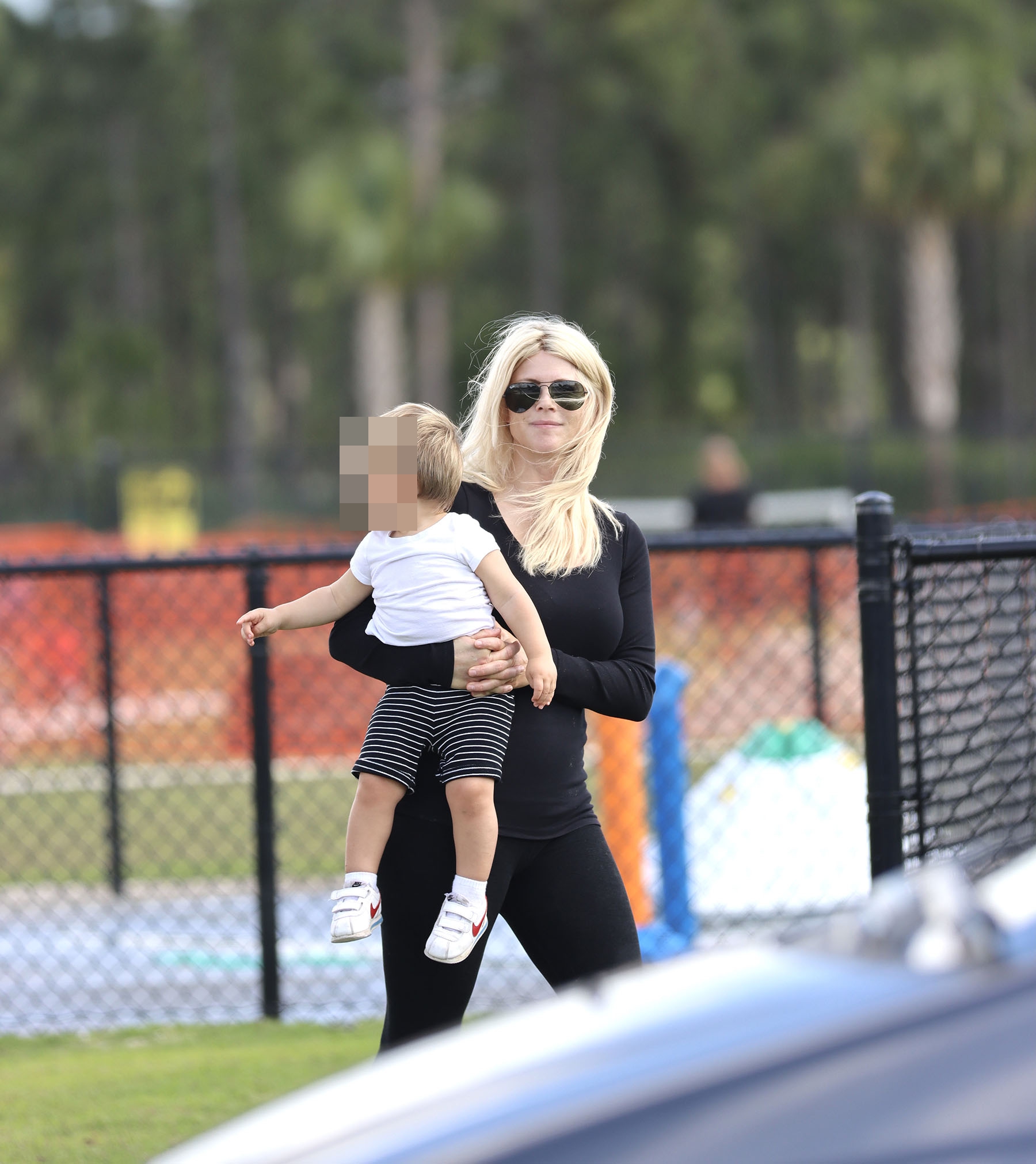 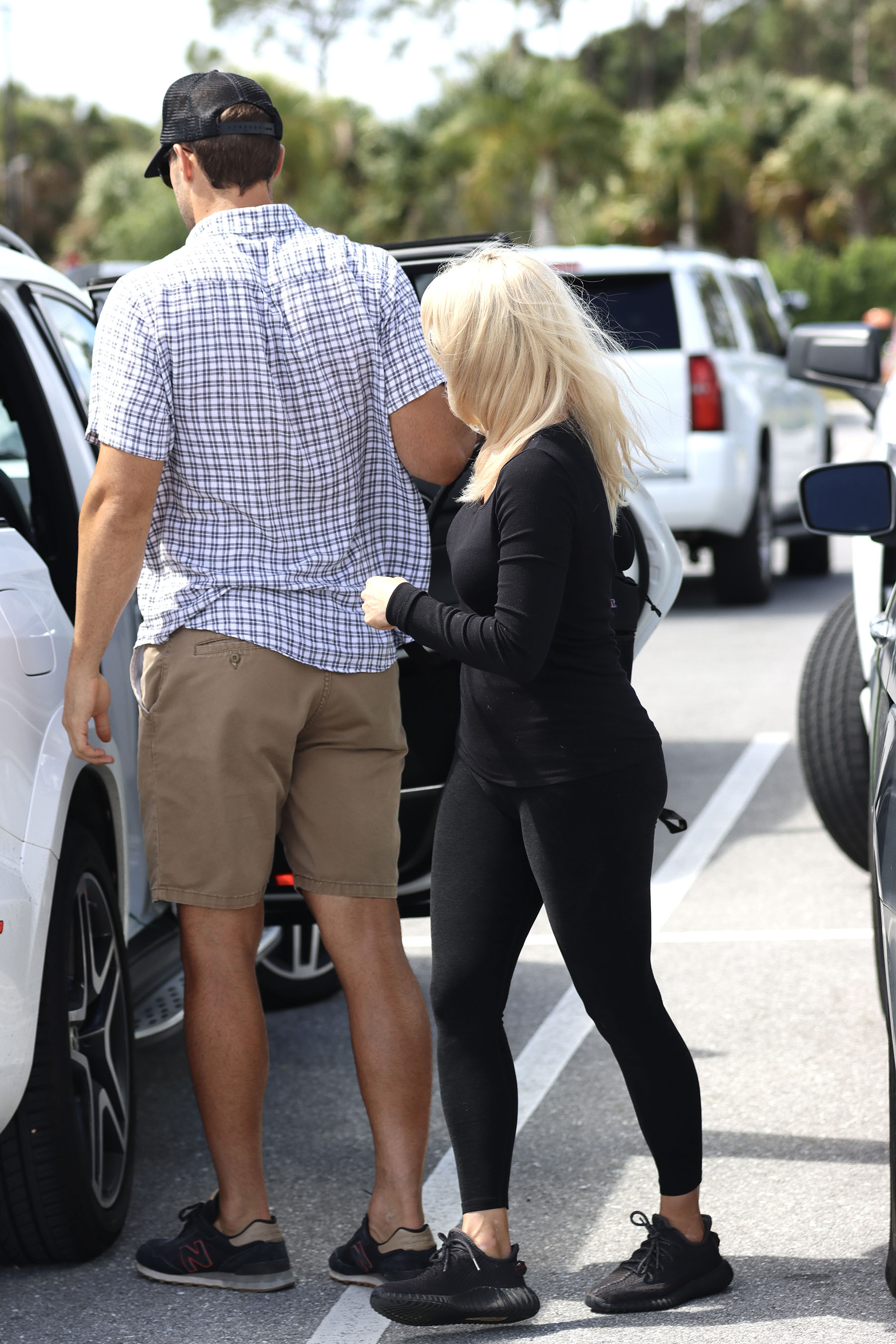 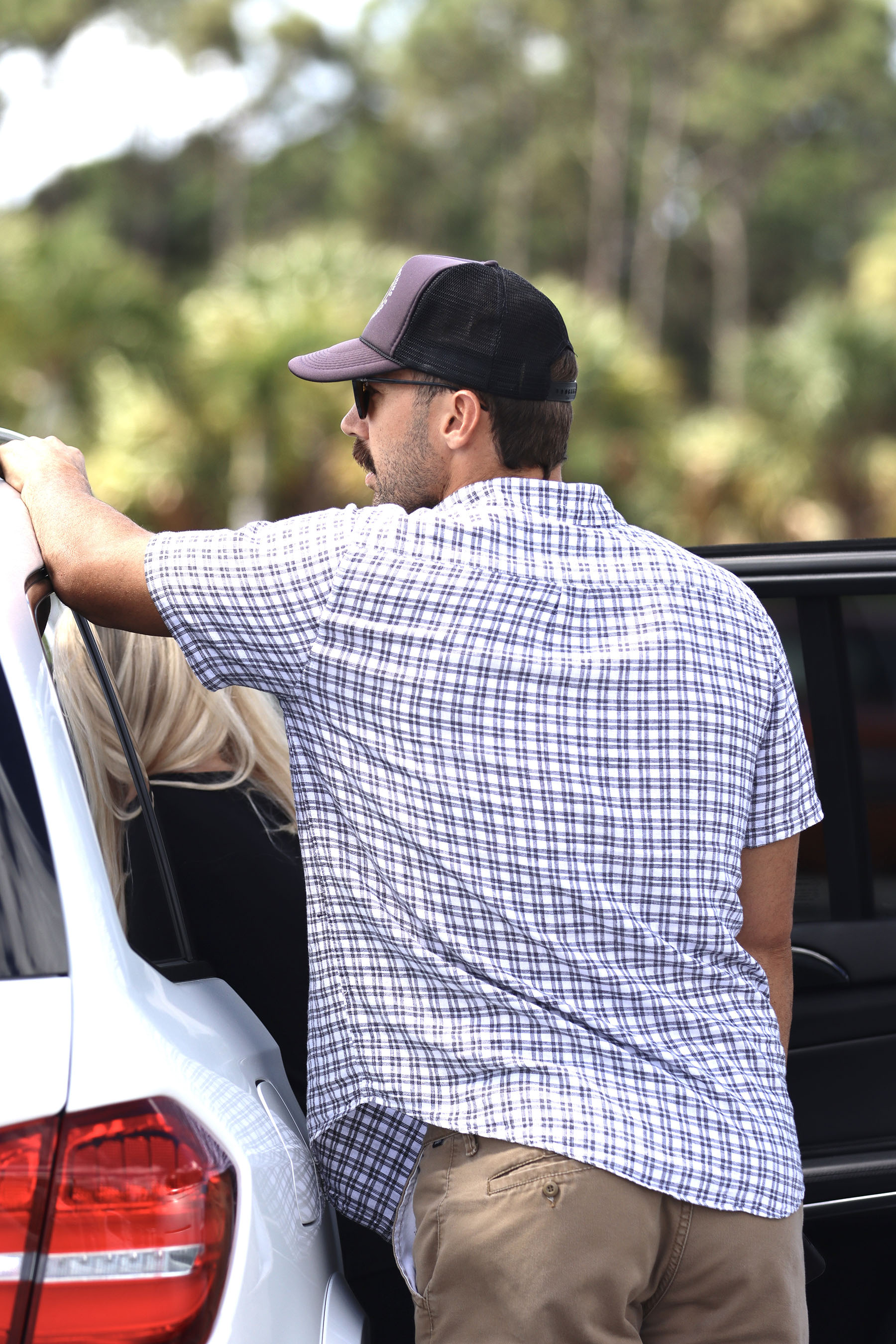 He was wearing a blue button-up shirt with cargo shorts, while carrying baby Sam's bag.

As they climbed into their SUV, Sam walked alongside her mom as she wore a bright blue top with black shorts.

Charlie, who had been the one playing soccer, bounced a ball in his arms while still wearing his orange and blue uniform.

Tiger and Elin were married from 2004 to 2010, and ended things after his scandalous affair came to light.

This was the first time that the mother of three was seen since news broke of Tiger's horrific accident. 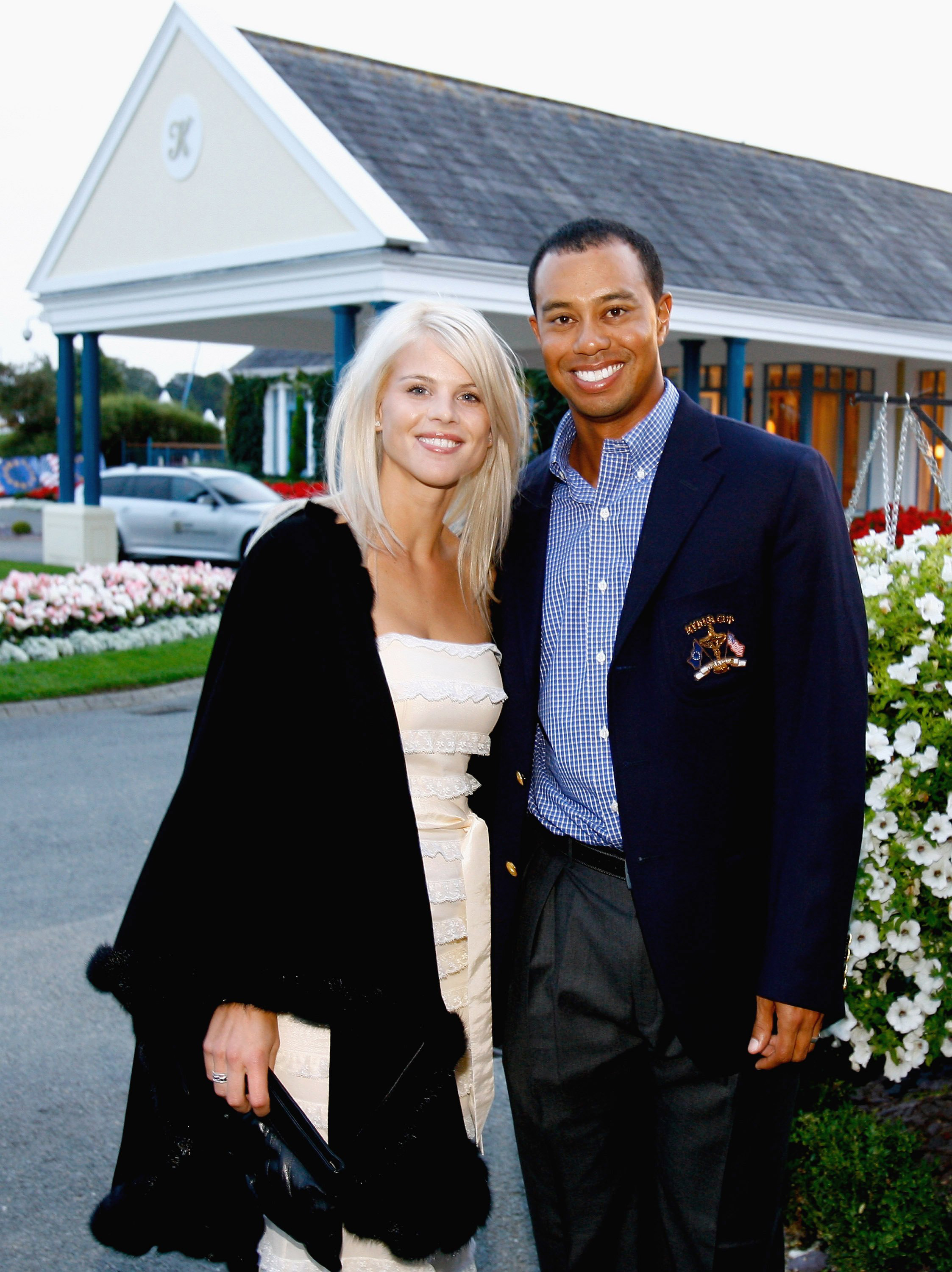 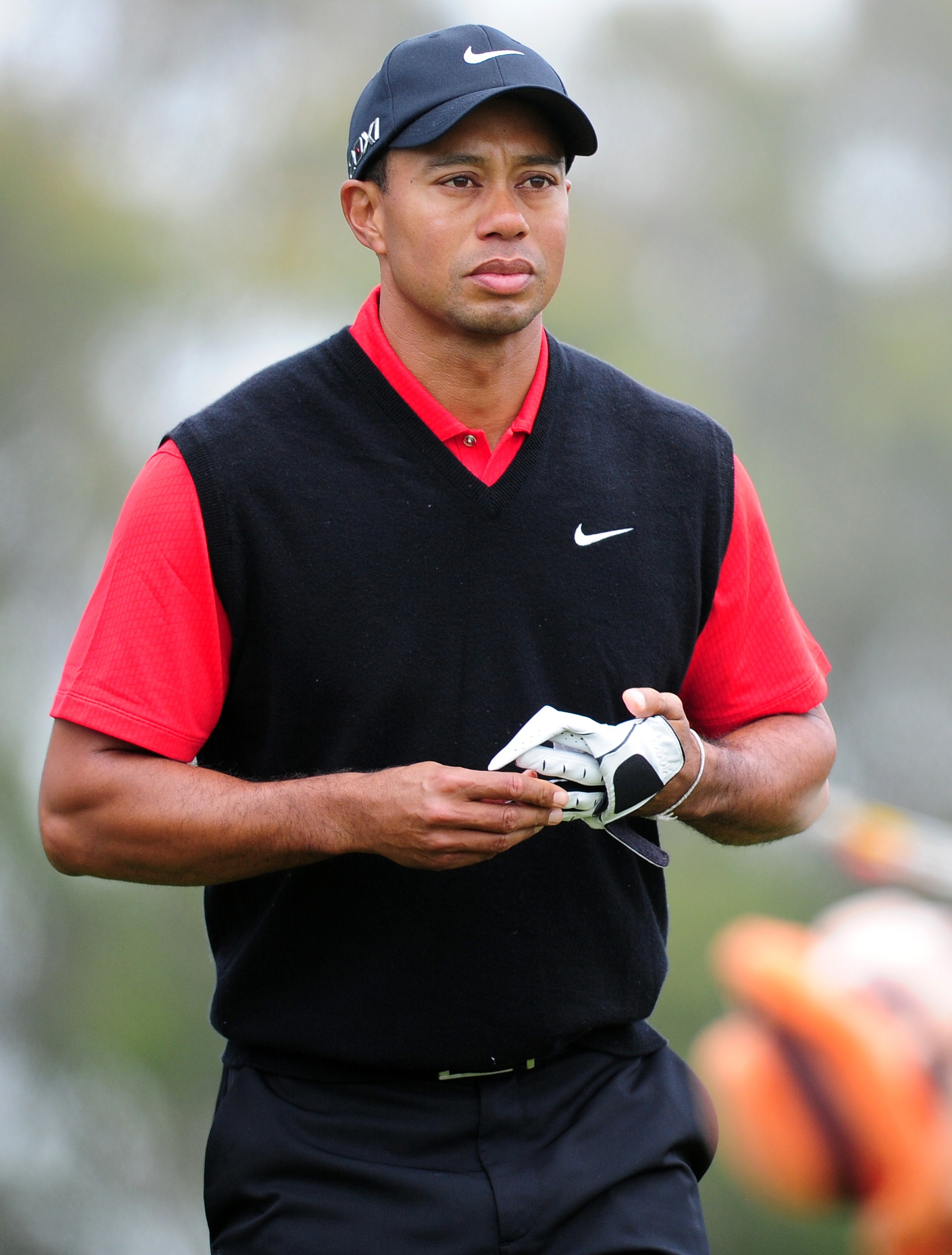 Tiger drove a 2021 Genesis GV80 near Los Angeles on Tuesday morning when he struck a median, a street sign, and a tree and rolled over several times before coming to a halt in a grassy area.

The front and bumper of Tiger’s SUV were destroyed but the interior remained intact and the airbag deployed, saving his life.

Tiger had a rod inserted in his tibia to stabilize the injuries as well as pins and screws in his ankle and foot. 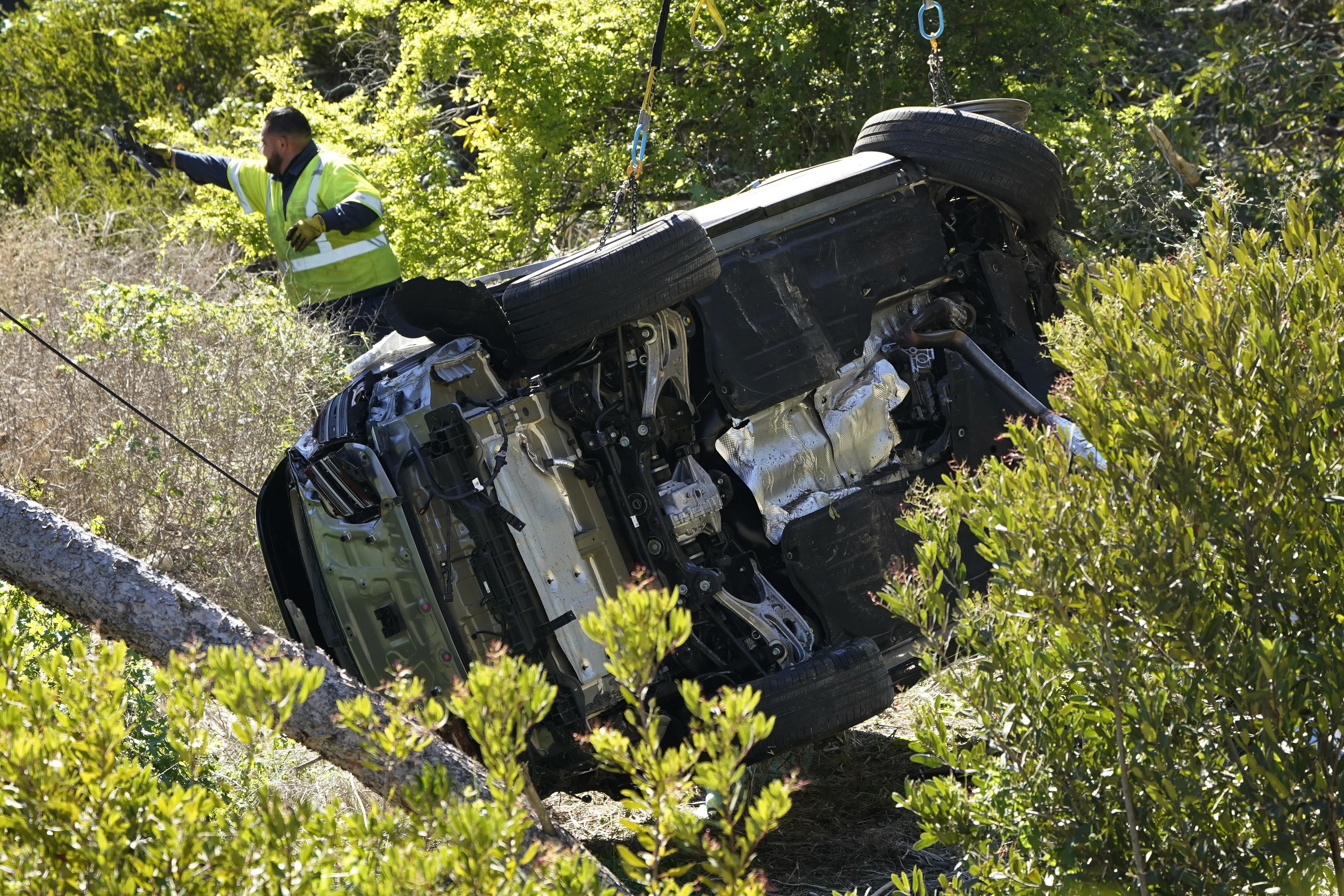 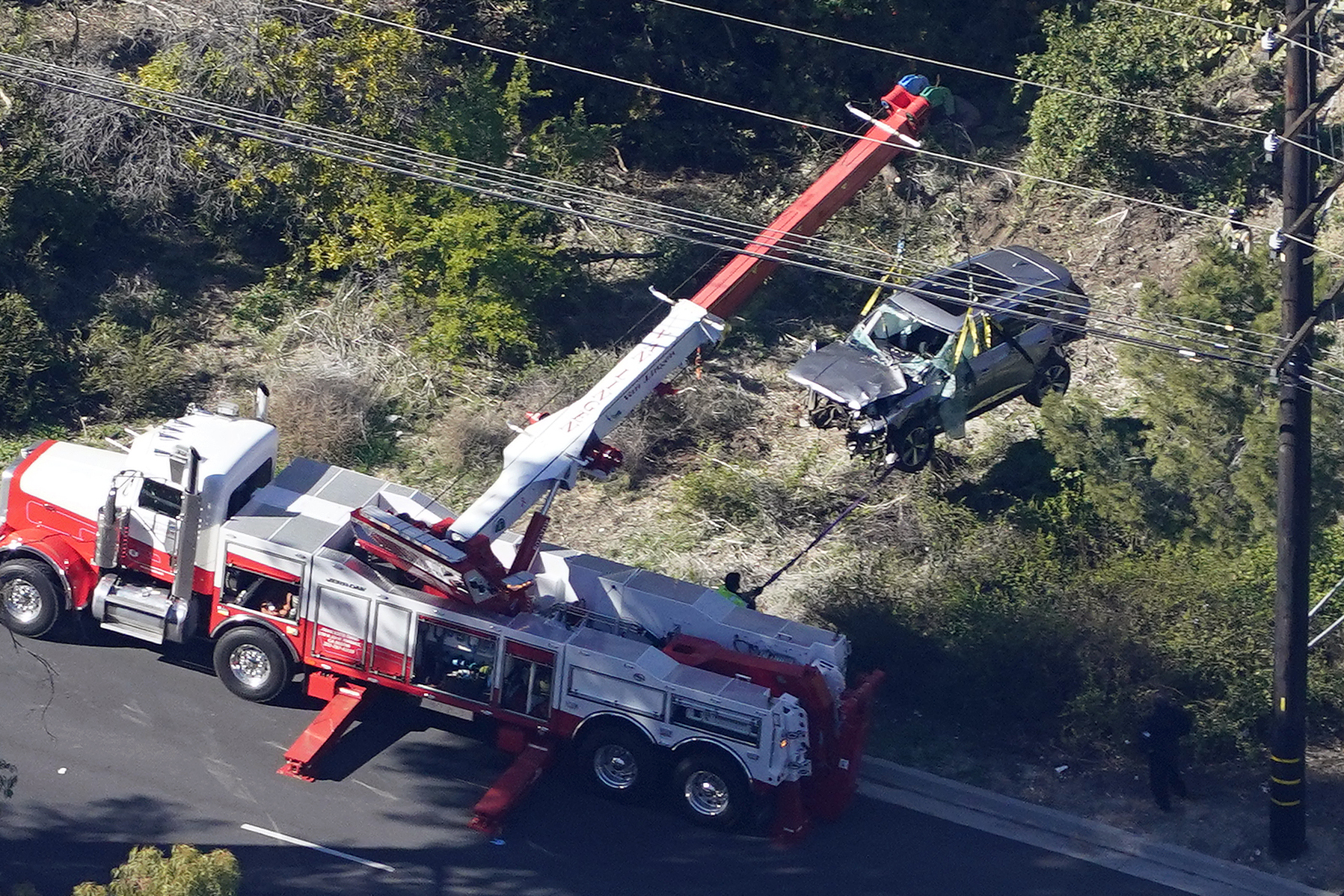 Cedars-Sinai Medical Center is ranked third in the country for orthopedic care, according to US News and World Report, and has a top sports medicine institute.

Woods’s most recent tweet before Friday’s was on Wednesday, informing his followers that he had “undergone a long surgical procedure on his lower right leg and ankle.”

He was “awake, responsive, and recovering in his hospital room,” the statement read.

On Wednesday, the golf legend’s mother Tida Woods said her son “would survive and be able to hold his loved ones in his arms again,” according to veteran golf writer Pete McDaniel. 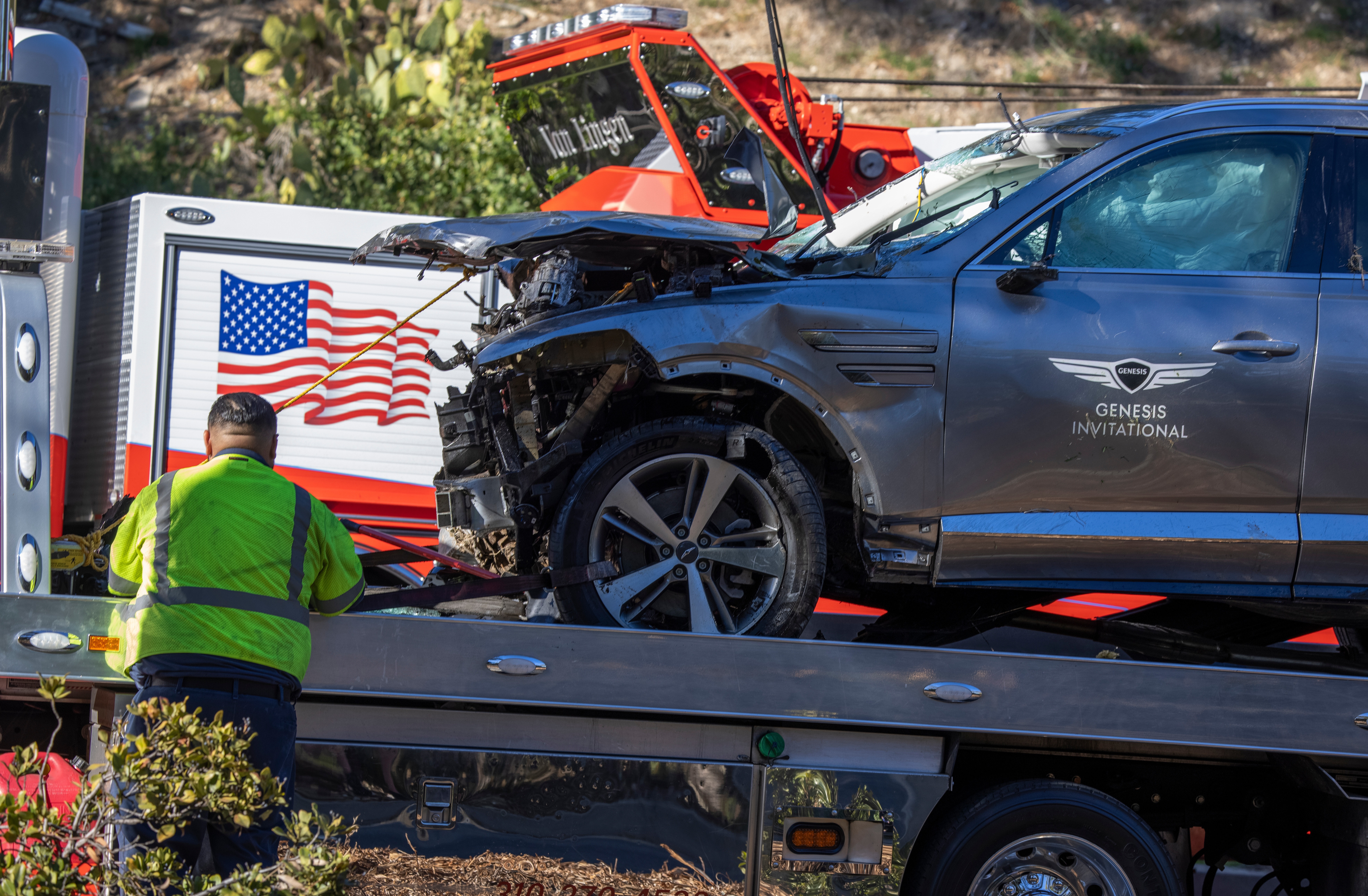 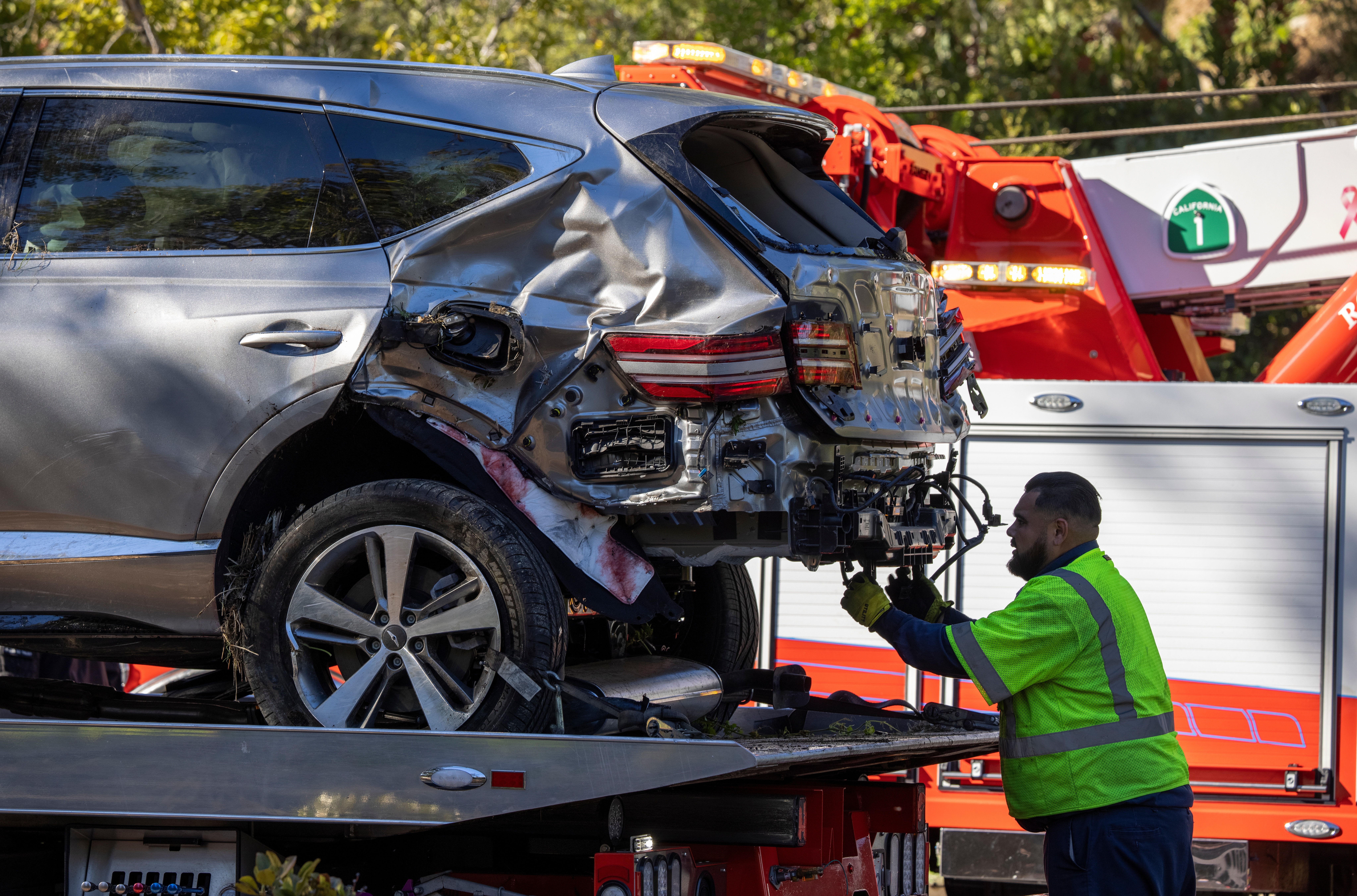 And then on Thursday, the Aaron Hicks, the boyfriend of Woods’ niece Cheyenne, said that the golf star’s family is focused on his recovery as a dad first and foremost.

“I think right now, we’re trying to make sure with everything that’s going on with the surgeries and stuff, that he’s just gonna be healthy again,” Hicks said.

“Making sure he can be a father again and being able to enjoy and run around and play with his kids is what’s important right now.”

The most recent update on his health came Friday when he shared a statement on his social media channels, which read: "Tiger has moved to Cedar-Sinai Medical Center and received follow-up procedures on his injuries this morning.

“The procedures were successful, and he is now recovering and in good spirits.

"Tiger and his family want to thank you all for the wonderful support and messages they have received over the past few days.”

The statement said the family did not have any further updates at the time. 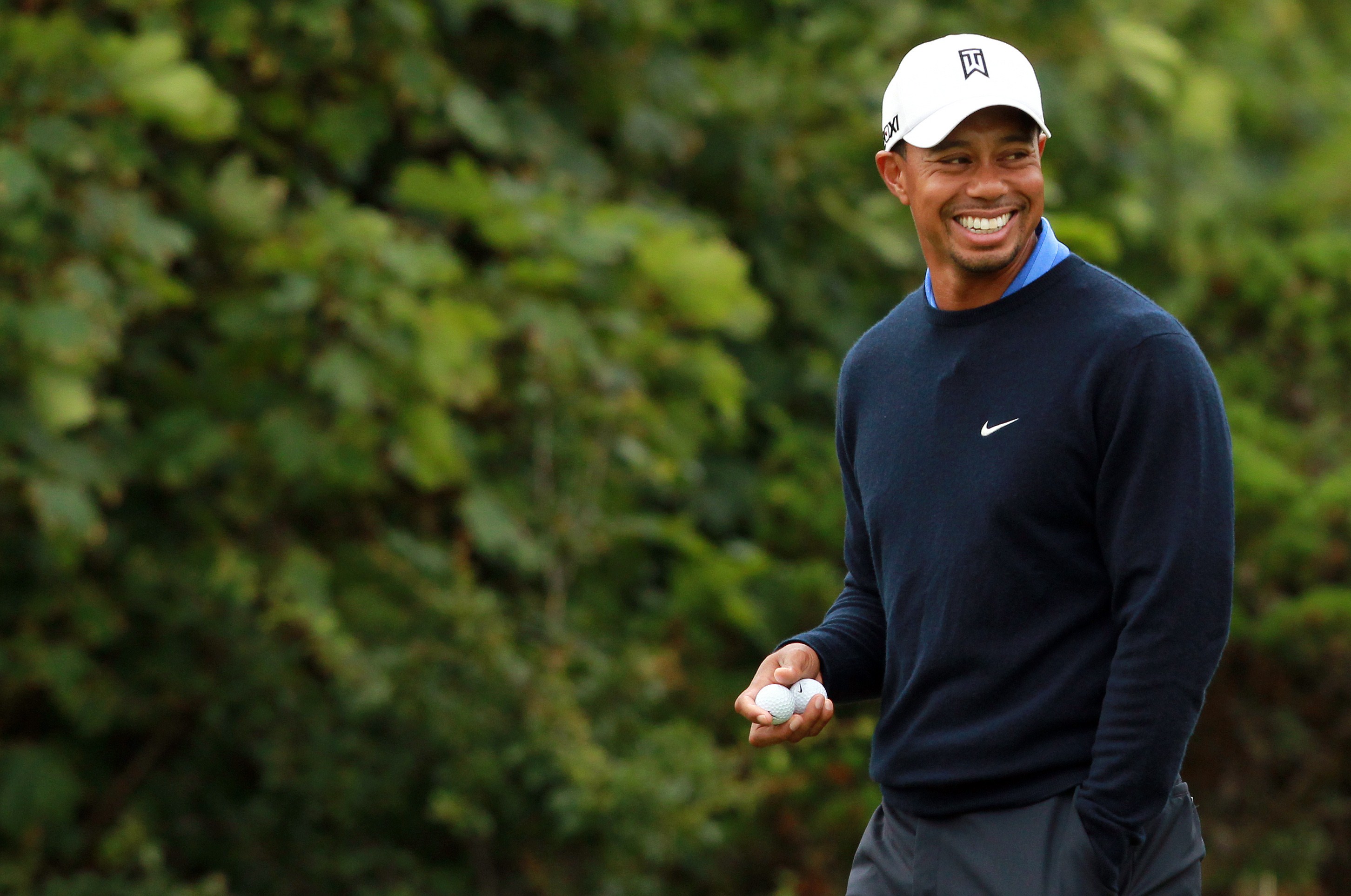