MISSION Impossible’s all about pulling off the unfeasible – but shooting the film during a pandemic is a challenge too far for leading man Tom Cruise and his team.

He flew the cast and crew to the Middle East for the latest run of scenes, but has been forced to end filming of the seventh instalment of the franchise after people refused to work any longer. 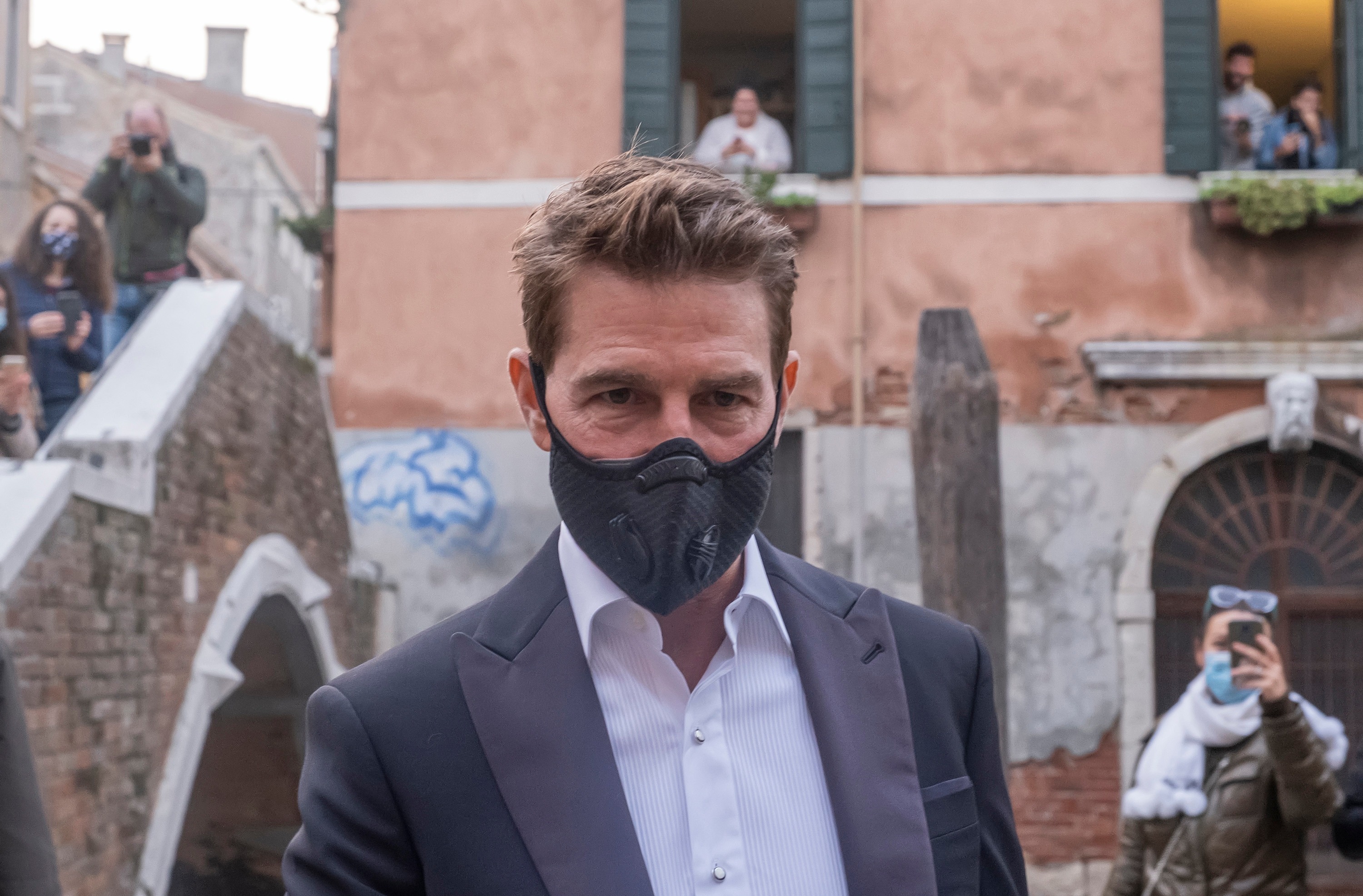 Production staff demanded they were allowed to head back to the UK this weekend before hotel quarantine rules come into effect on Monday.

Studio bosses have now had to charter a private jet to bring them home because they were up in arms about not being able to return to their families.

A movie insider said: “The whole production has hit yet another issue and there have been revolts among the cast and crew.

“For quite a few of them, the prospect of having to quarantine in a hotel back in the UK is a step too far and they’ve demanded to be flown home before the rules change. The studio has had to fund a jet back and the missing cast and crew will inevitably cause another delay. 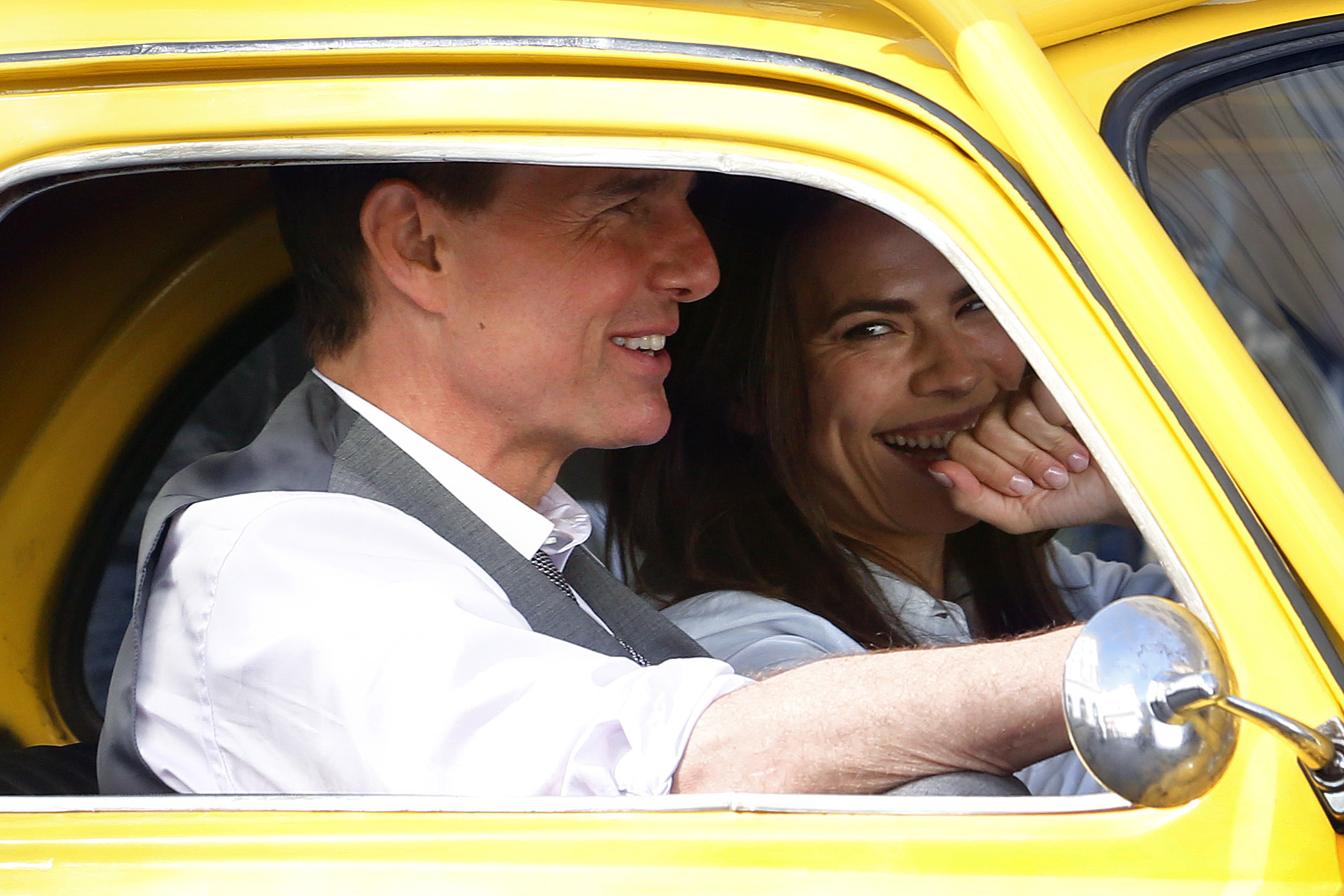 “It was hoped that filming in the UAE would provide some flexibility but that changed when the UK shut its borders.

“Morale is really down and many of the younger staff who aren’t earning the big bucks just don’t feel it’s worth it any more.”

Filming is now due to start up again in the UK. It is the latest in a long line of headaches for the film, which stars Simon Pegg, Vanessa Kirby and Hayley Atwell.

It first went into production in February last year, just weeks before much of the world entered lockdown. 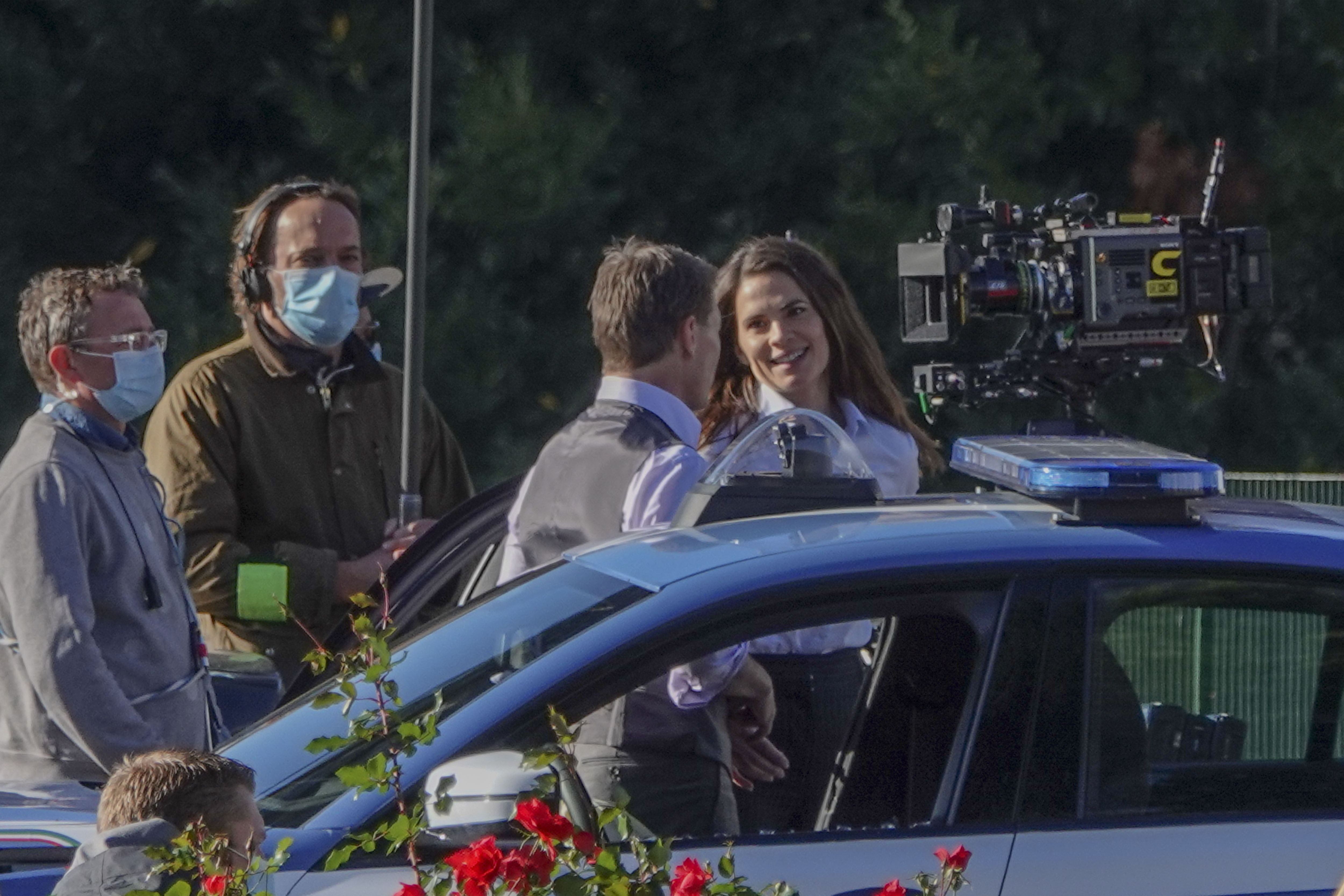 It is scheduled to finally be released on November 19, four months later than first planned, although that date is now looking tight.

Before Christmas, Tom, who plays special agent Ethan Hunt, lost his temper when he discovered the crew had broken the movie’s strict Covid protocols.

Five people walked out after that rant and now there are fears more staffers could lose their patience.

With tempers fraying and costs rocketing, this movie had better be worthwhile. 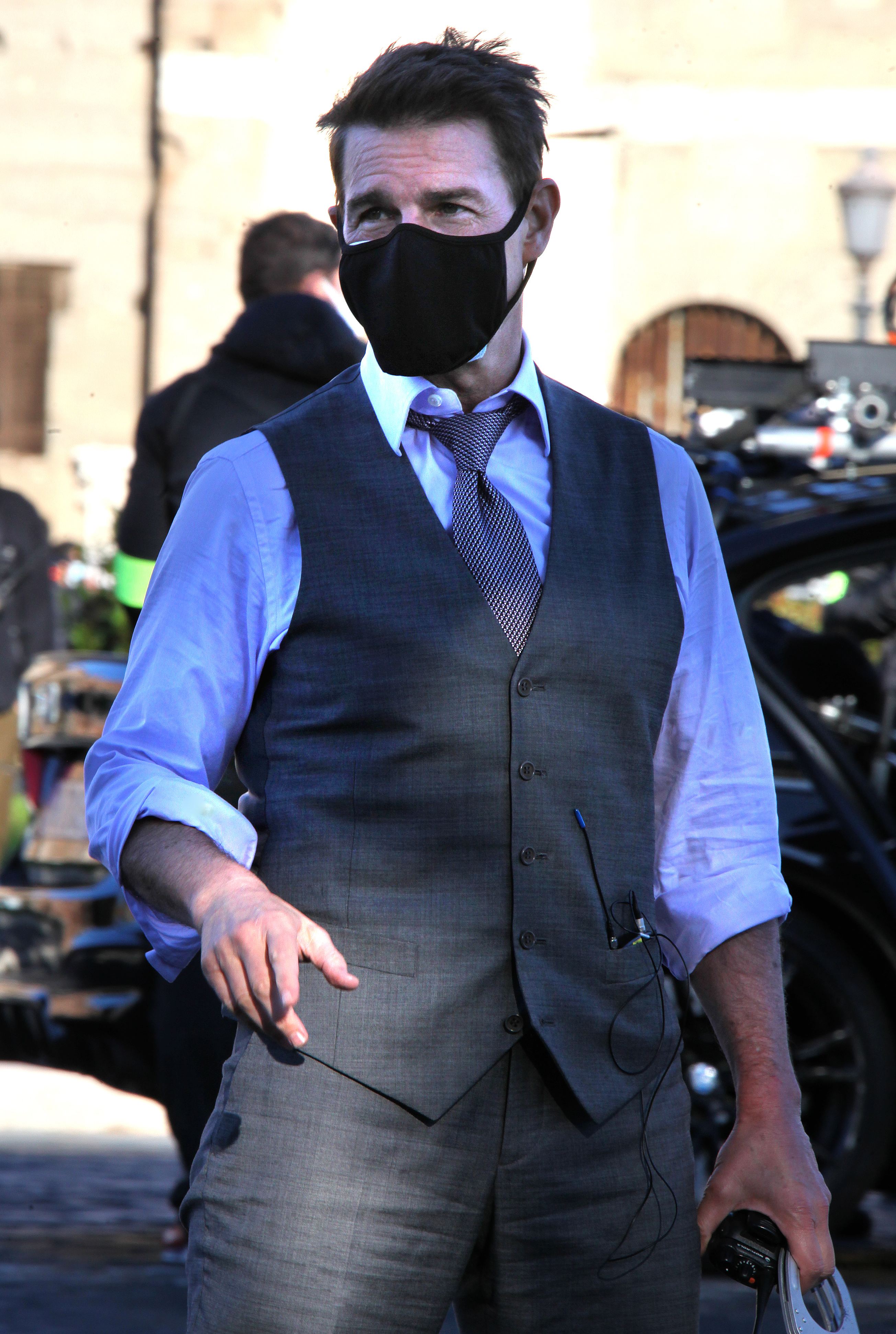 But the end isn’t in sight yet for the painful filming process — there is also a sequel to shoot, which is planned to hit the cinemas in November next year.

Once that whole process is over, I wouldn’t blame this lot if they wanted to perform their own escape mission from the franchise altogether.

Scher is a tight fit, Nic

Nicole Scherzinger must have been sweltering as she donned this unforgiving black number in the LA sun.

Nicole, who’s back in the music studio, has been killing it with her social media looks thanks to rugby player boyfriend Thom Evans. 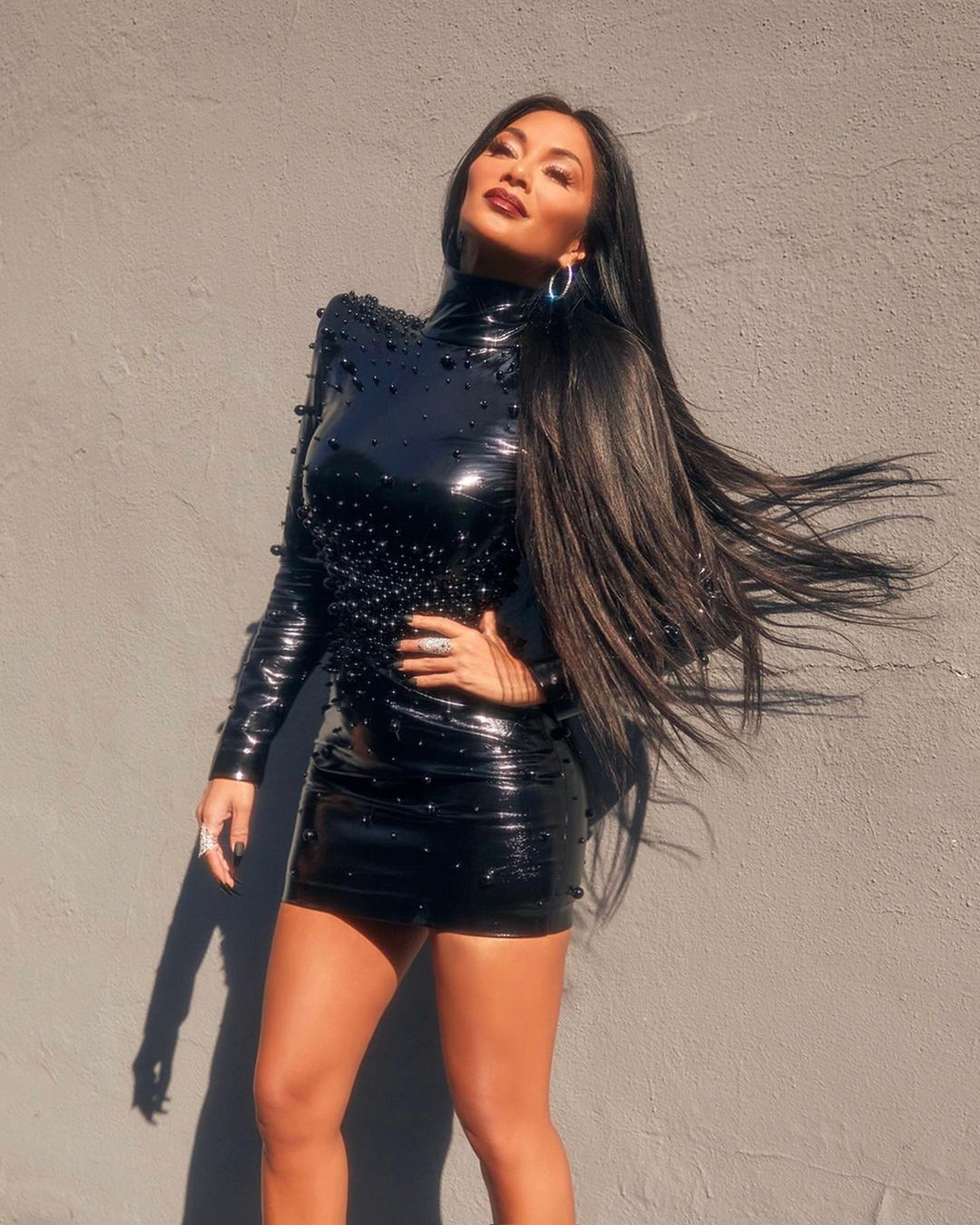 The Pussycat Doll uploaded a clip to TikTok this week showing him looking on while holding up a light reflector for the perfect shot.

Loved-up Zara is in write mood

I can confirm the chart-topper is in a relationship with a dancer called Lamin Holmen, 18 months on from the end of her two-year romance with Brian. 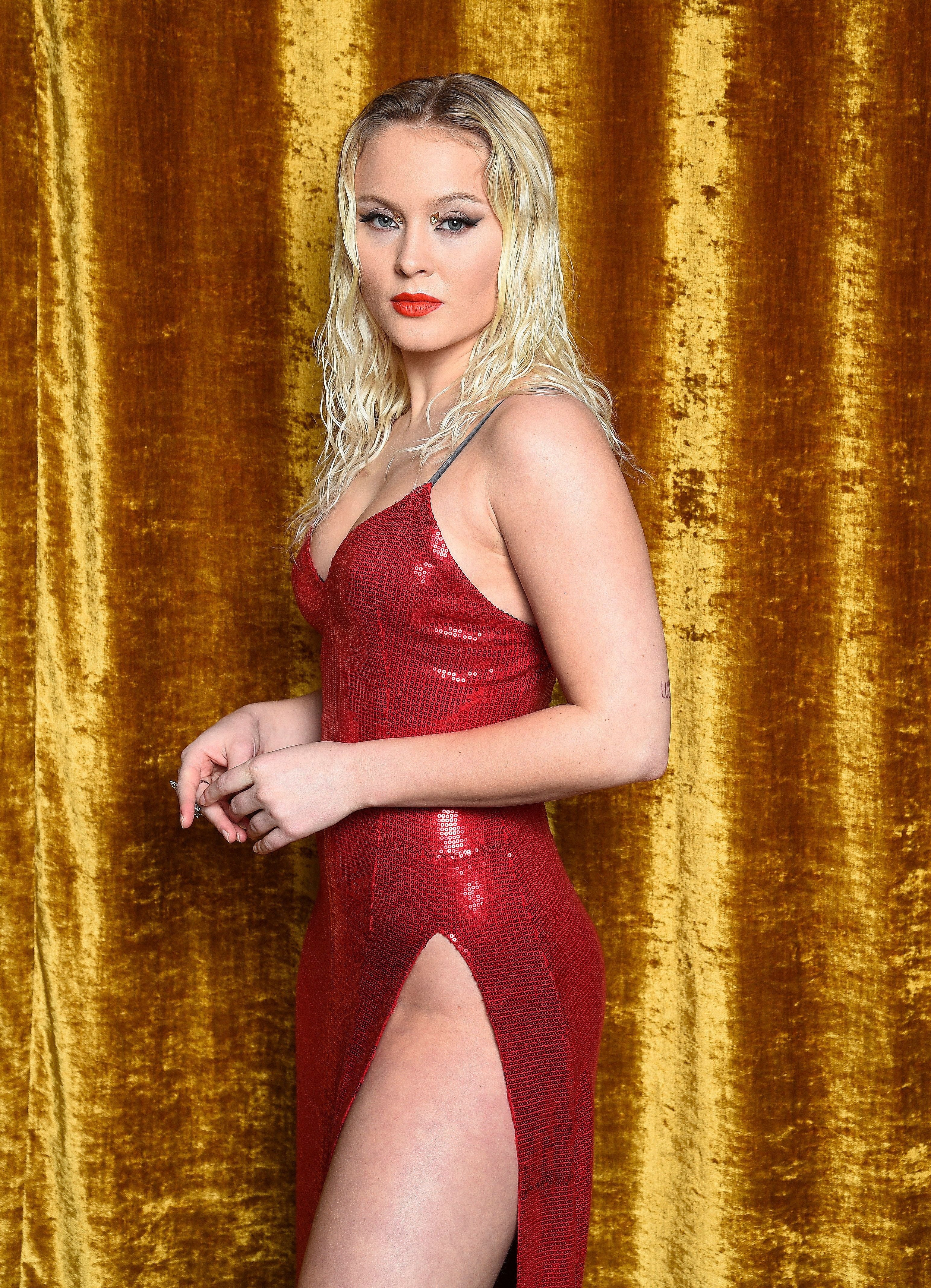 The couple have been together for several months, although she had kept schtum about his identity.

But her latest love has been a major source of inspiration for Zara, who I am told was inspired to write several songs for new album Poster Girl as a result.

Speaking about the album, which is out on March 5, she said: “It’s super loved-up. I love to write about love and I love talking about love. I think I’m obsessed with it. It’s the reason we’re all alive and for me, it’s the whole point for our existence.

“I’m the sort of person who falls in love with people in, like, four seconds. It’s just a really big part of who I am.” 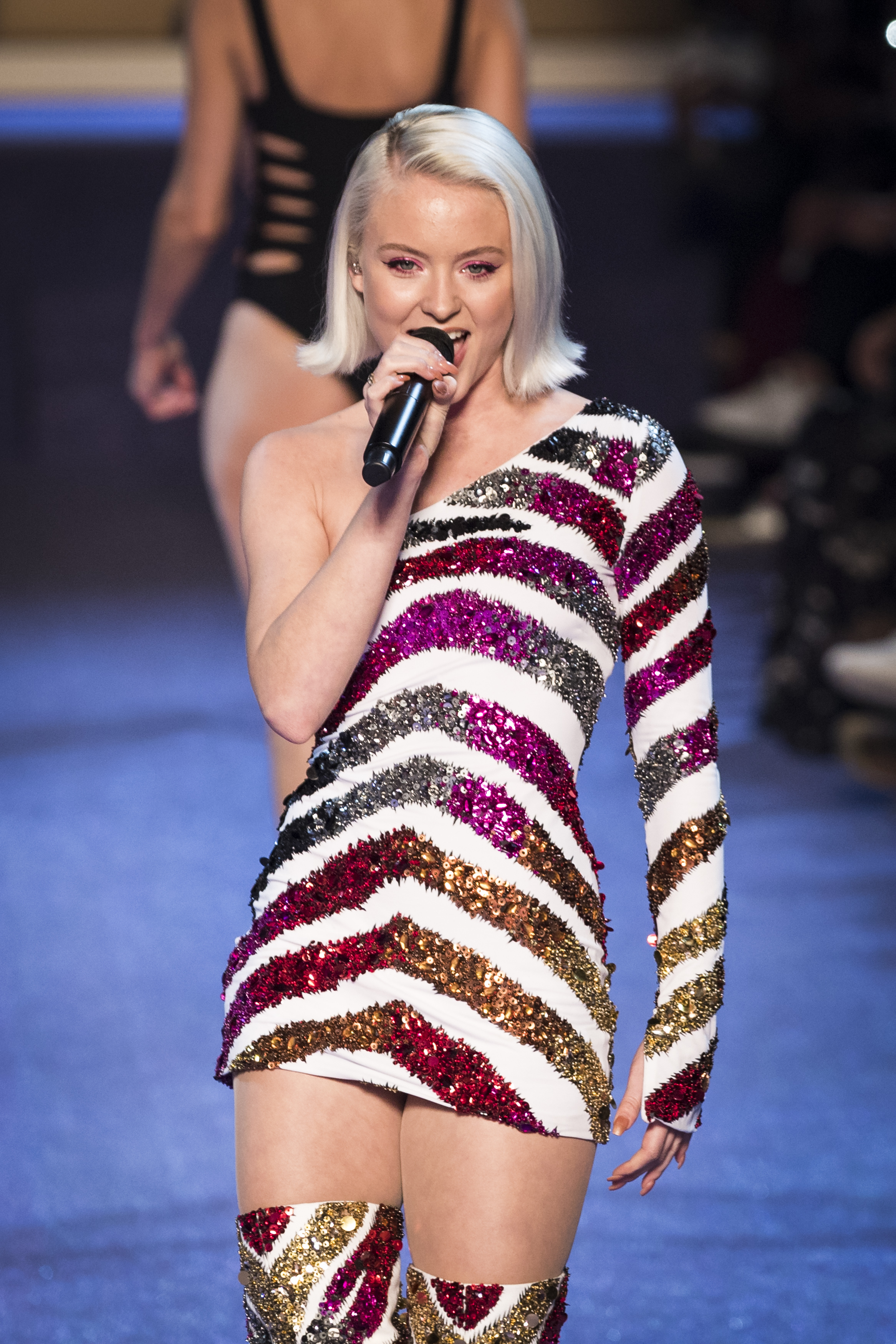 She has also promised to pour scorn on her exes on the record though.

Her new bloke has to be careful not to get on the wrong side of her.

Paloma Faith says the secret to a successful relationship is airing her grievances once a week.

She swears by therapy sessions with artist Leyman Lahcine, who she began dating in 2013. 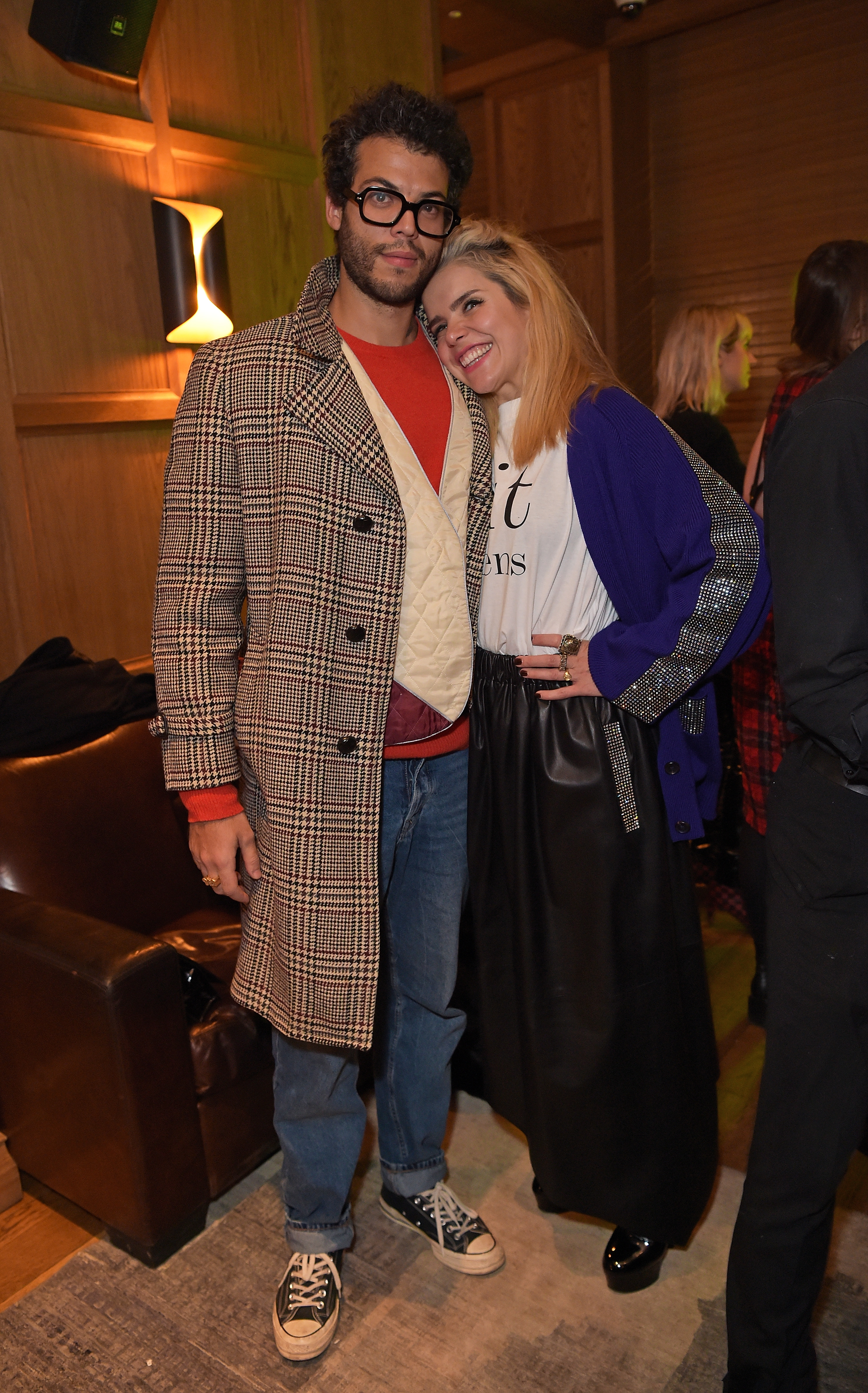 Asked if she ever has to bite her tongue to keep the peace, Paloma said: “I bring everything up. But luckily we go to couples therapy, which I’m a big fan of, every week. So we talk about things in that.”

Any day now, the couple are expecting a second child who was conceived through IVF.

Joking, she told the Lockdown Parenting Hell podcast having a baby through IVF “was great because I don’t really want to have sex with my partner any more”.

Wes wants an end to crazy days of dating

Wes split with Arabella in April after nine months and separated from Megan in January 2019, six months after they met in the villa. 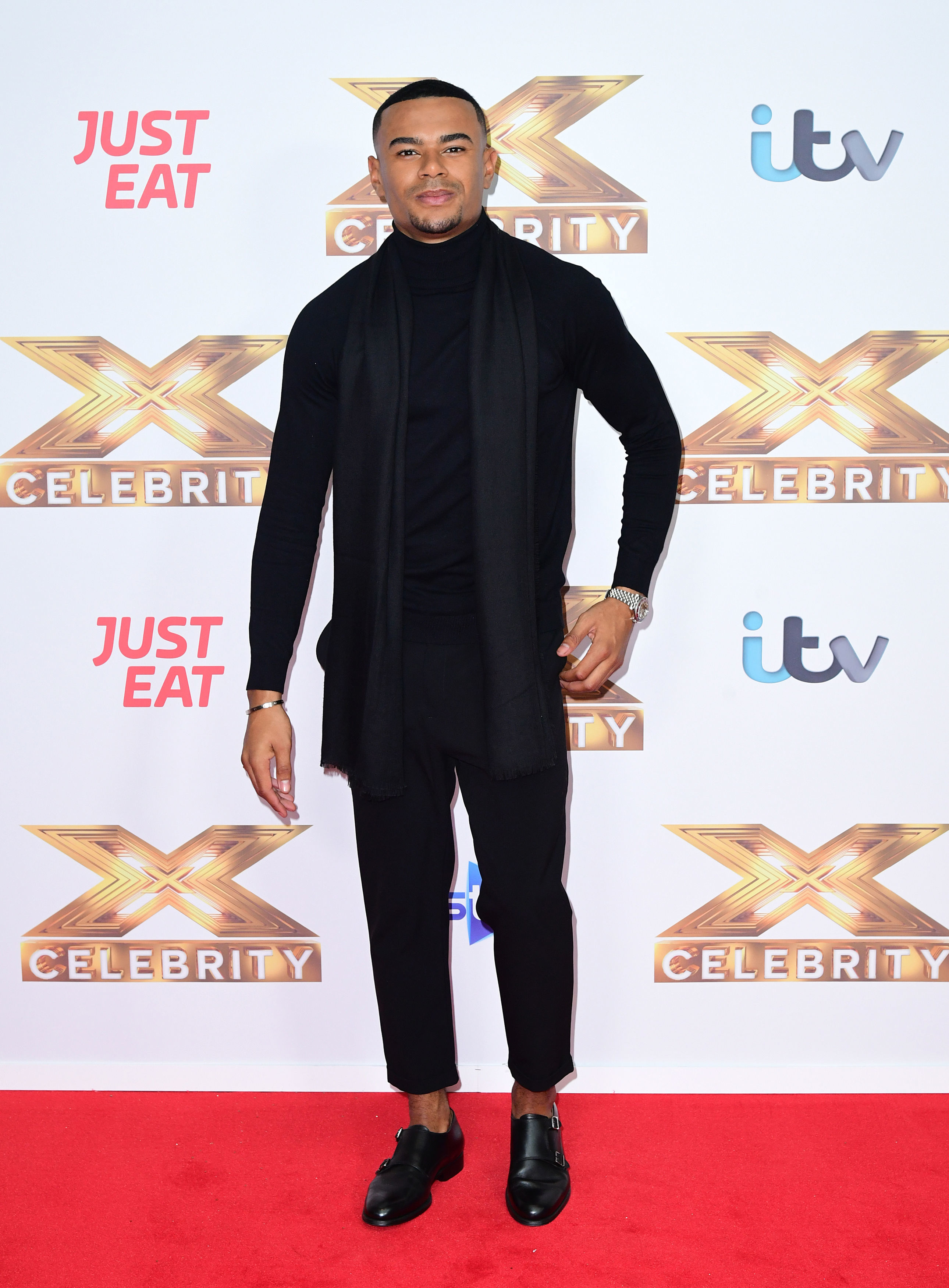 In a not-so-subtle dig, he said: “The type of girls I’ve gone for personality-wise and looks-wise has been completely different the last couple of years.

“But what has definitely changed is I want someone who’s very easygoing and chilled, easy to get on with. I can’t deal with super, super intense craziness all the time.”

Wes, who fancies himself as a rapper after his debut single See Nobody reached No3 in October, also said the relationships had been “detrimental” to his career. He said in a TikTok Valentine’s Day live stream: “I over- commit, sacrificing too much work stuff.

“With relationships sometimes I jump into things too fast. I’ve moved in with exes pretty quick. I’ve tried to slow myself down.” Clearly there’s no love lost here.

Life looks peachy for Kylie Minogue as she is snapped Down Under in this peach-coloured flowing dress.

The Real Groove singer flew back to her native Australia at the end of December and was photographed yesterday running errands with her dad Ron in Melbourne. 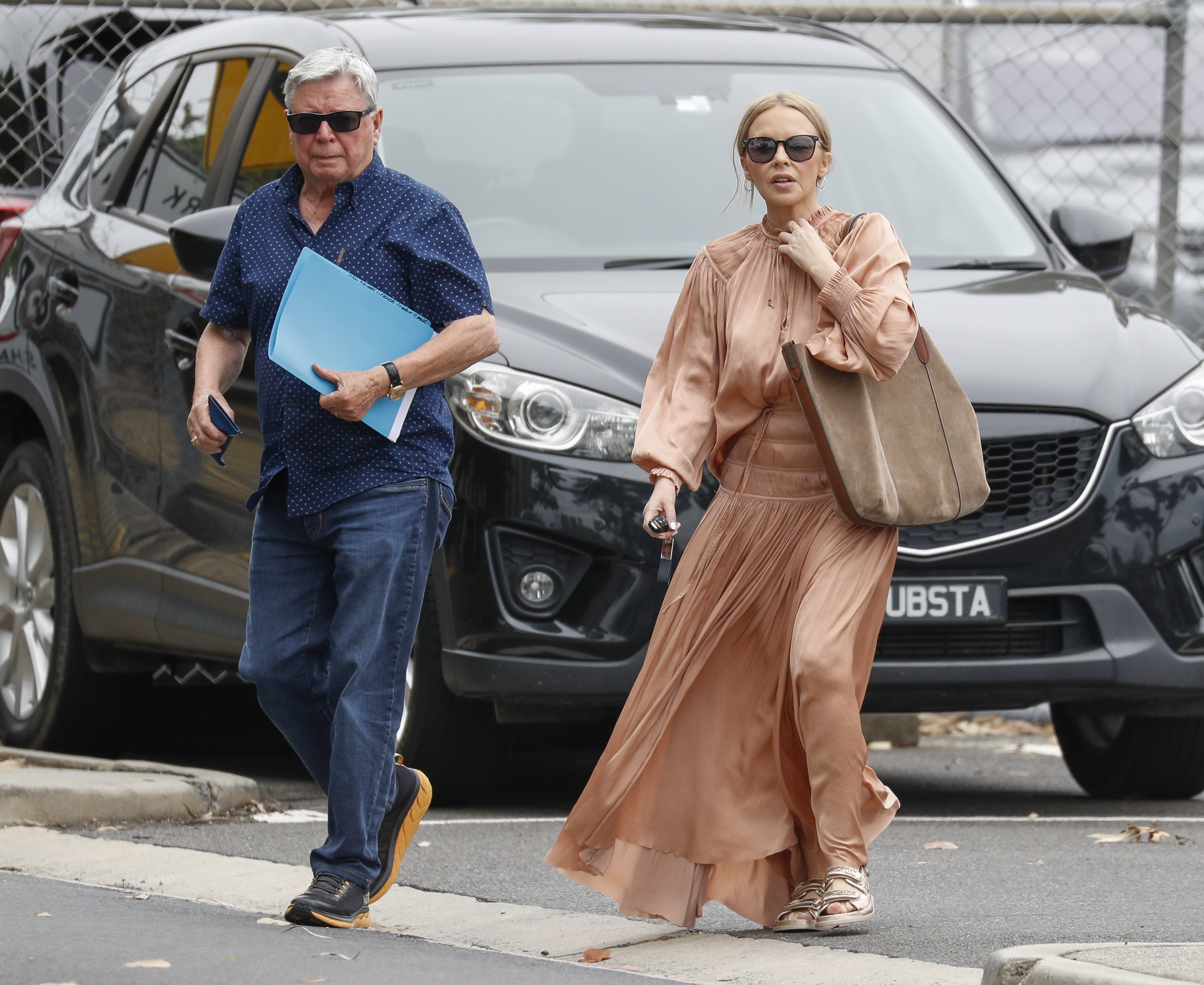 It is the first time they’ve been pictured together publically in a decade.

After a busy 2020, her well-earned break probably couldn’t come soon enough, although there is even more music on the horizon.

She was a guest on Jessie Ware’s podcast Table Manners last year and, after they hit it off, the British singer said they are collaborating.

Jessie said: “I’m working with her. It’s happening. Maybe we wouldn’t have thought to work together if we hadn’t made similar albums. We hit it off over a halibut.” 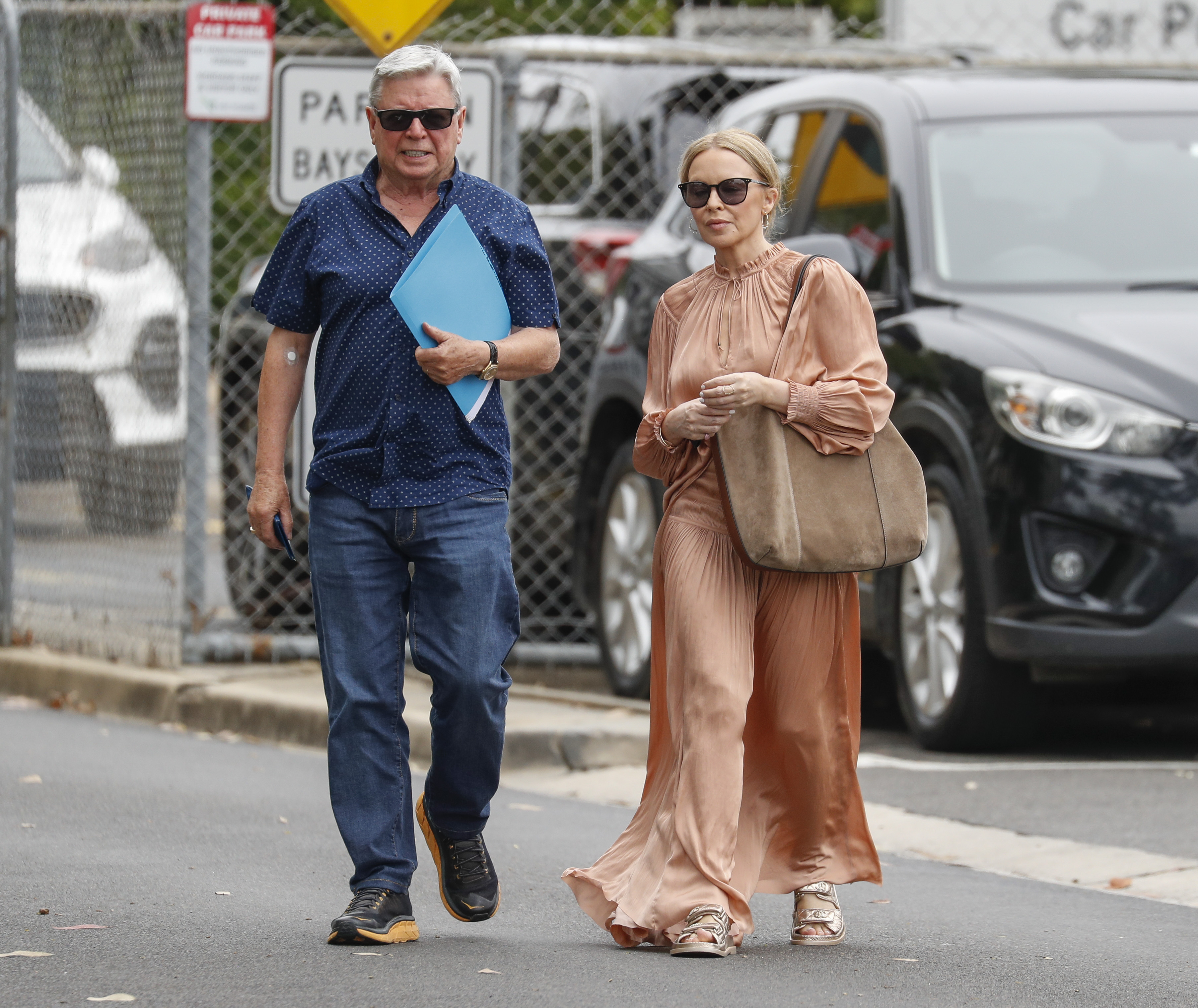 Ariana Grande made a good call partnering Doja Cat and Megan Thee Stallion for her 34+35 remix.

But perhaps Masked Singer star and face of Premier Inn Sir Lenny Henry would have been a better choice for the video, since he really knows how to make a hotel pop. 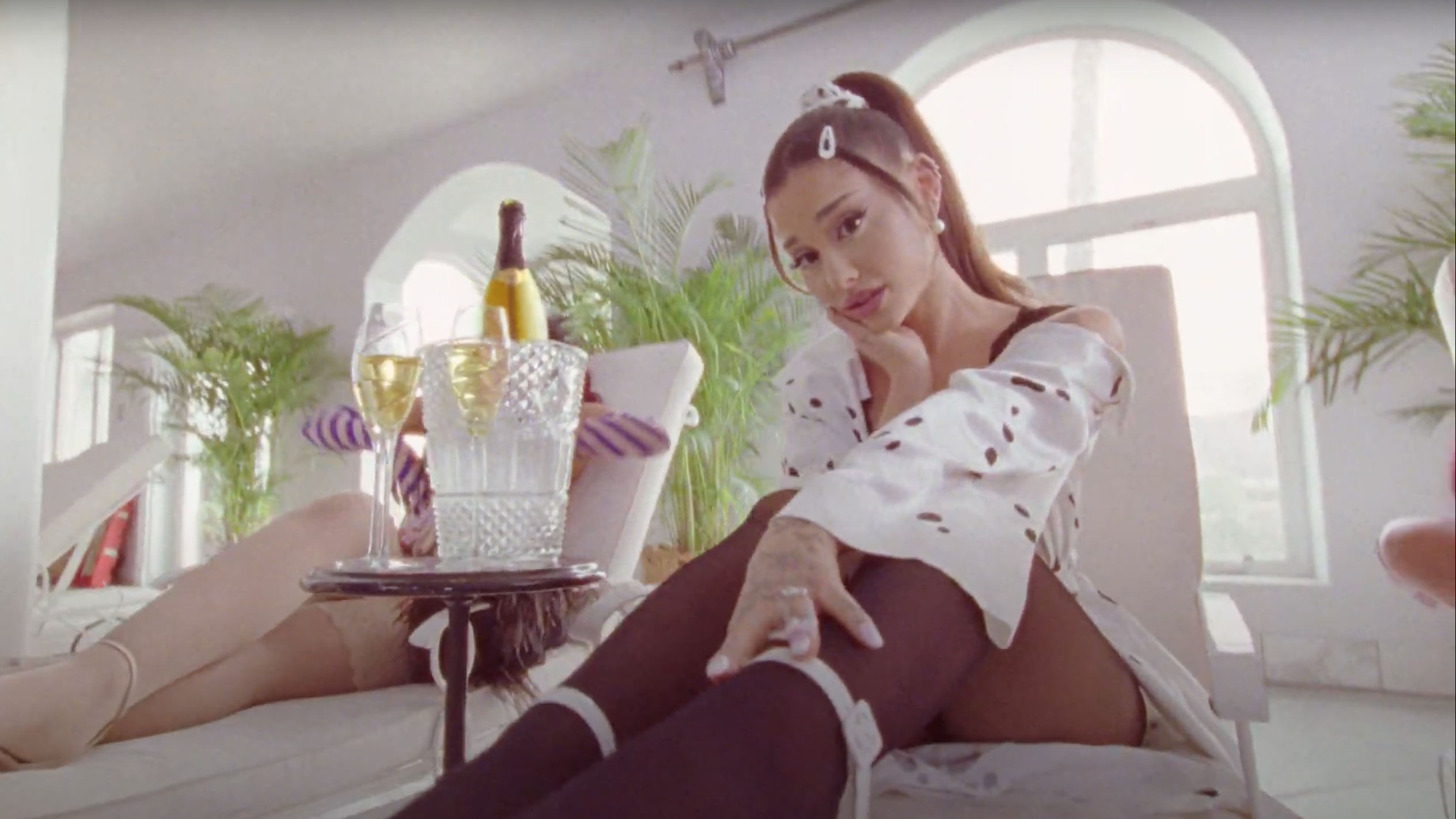 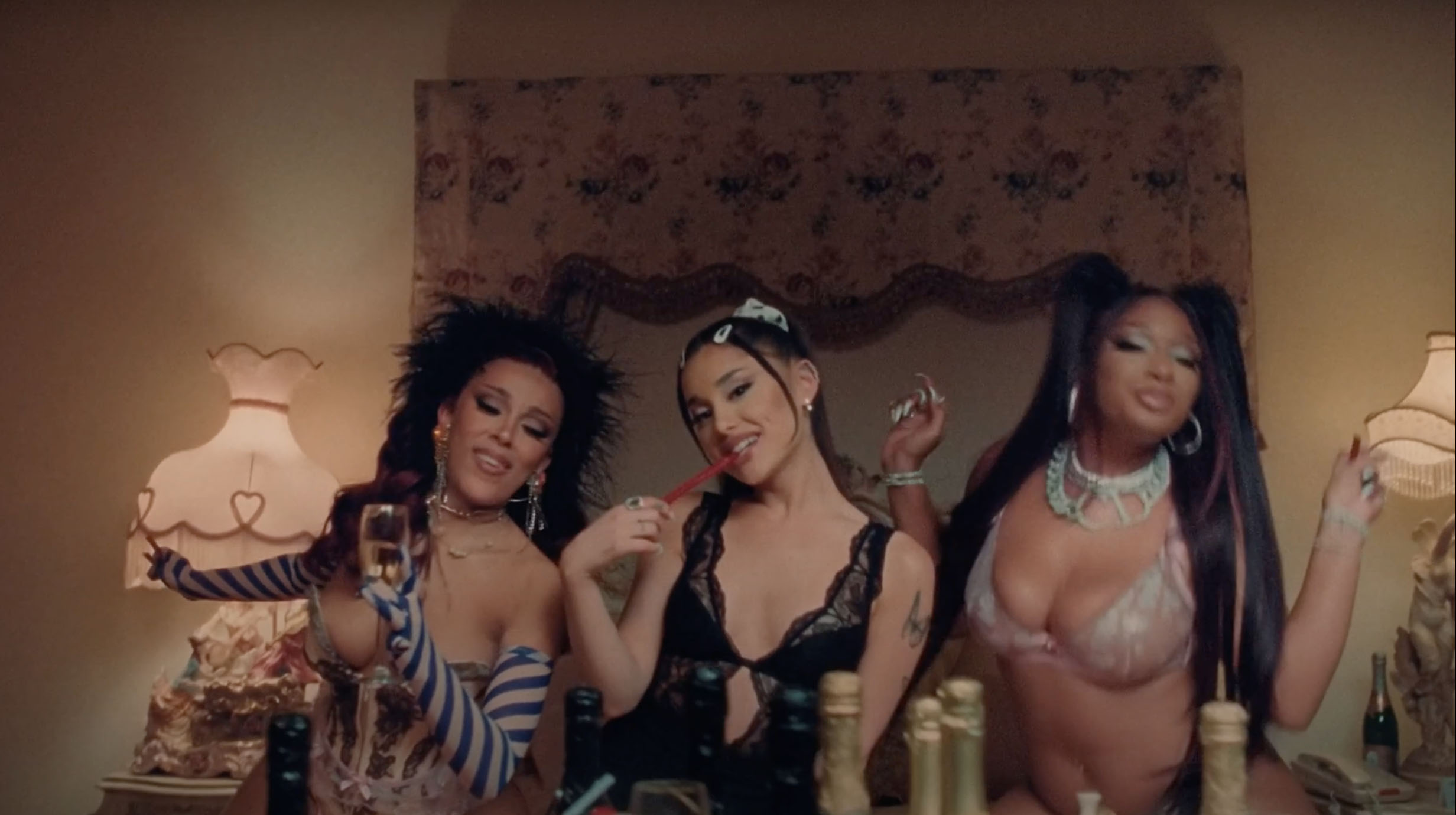 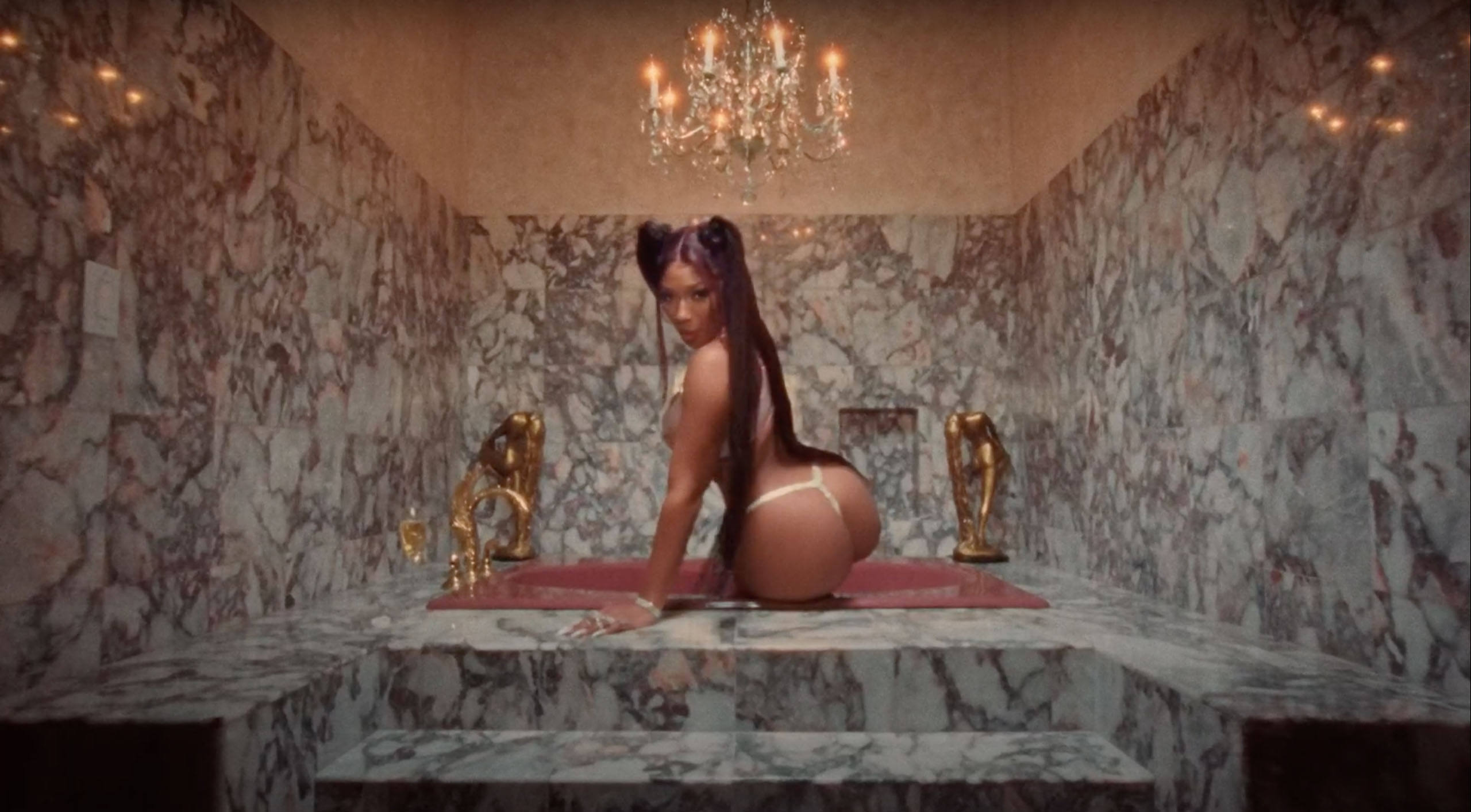 Ari’s new clip for the raunchy track sees her enjoying a couple of glasses of fizz as she relaxes in a spa, before joining her glam collaborators to go wild in a luxury suite.

Rapper Megan is also seen taking a dip in a marble bath, presumably feeling the need to scrub herself down after spitting the song’s filthy lyrics for one too many takes.