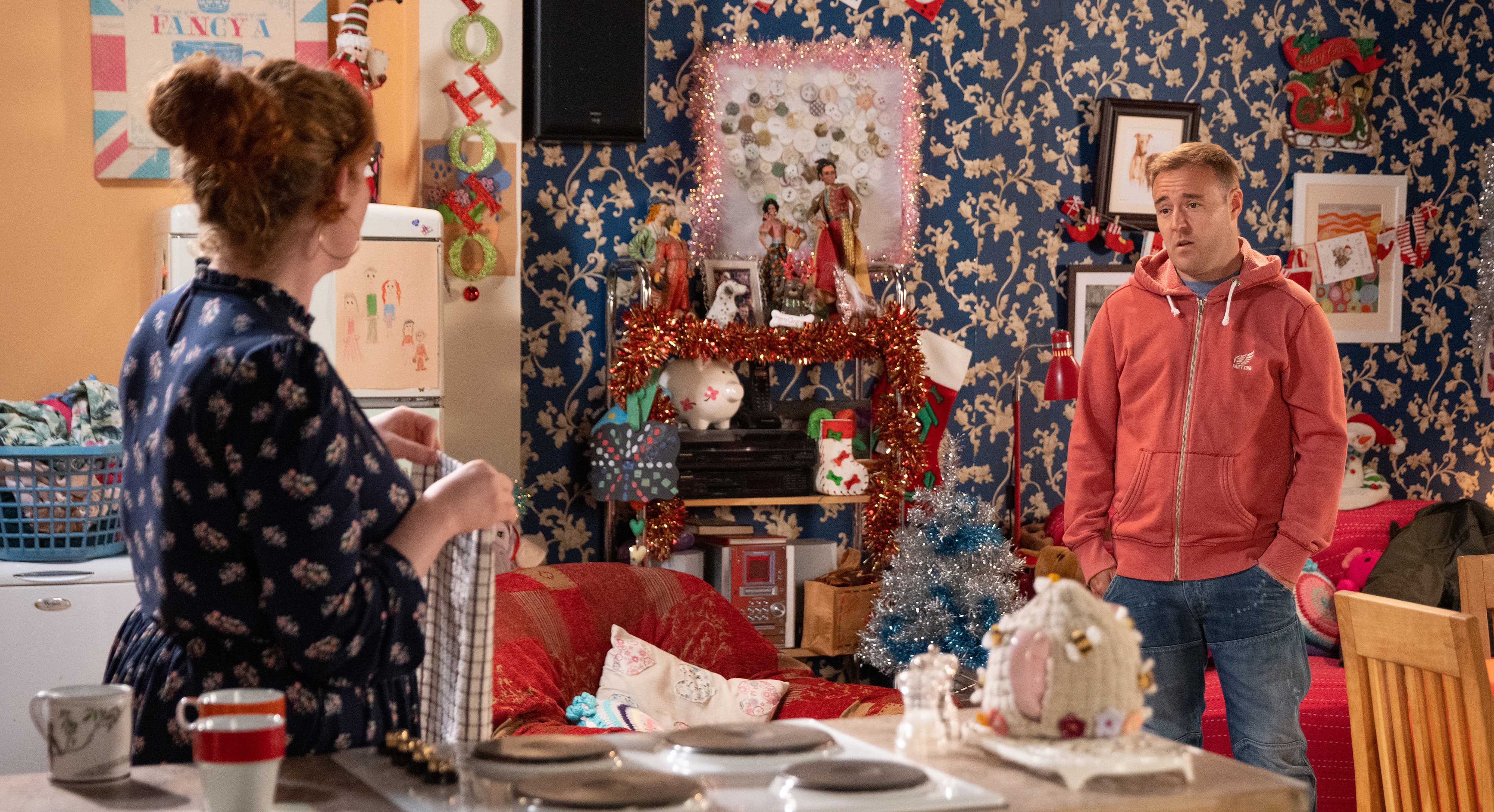 Tyrone Dobbs (Alan Halsall) is in for a shock in upcoming episodes of Coronation Street, as it looks like Fiz (Jennie McAlpine)’s boyfriend Phill Whittaker (Jamie Kenna) is getting far too comfortable at number 9.

Tyrone is shocked that things between Fiz and Phill are moving along so fast, because he’s hoping that Phill will get bored of playing happy families and tells Evelyn (Maureen Lipman) that when he does, Tyrone will be waiting for Fiz with open arms.

A Corrie spokesperson recently revealed that Fiz and Tyrone share a bit of a moment at Christmas, saying:

‘It looks like it will be lonely this Christmas for Tyrone as Fiz makes plans with Phill and the girls. But taking pity on her ex, despite his affair, Fiz invites Tyrone to spend Christmas with them. As they drink and be merry Tyrone’s caught up in the moment and makes a pass at Fiz. Could this be the moment they’re reunited or has Tyrone seriously misjudged his kiss?’

So it’s got to be a crushing blow to find that Fiz is supporting Phill’s plan to form a closer bond with the girls – and could Phill be planning to make even more changes to further distance Tyrone from his family?