A CONTESTANT on the Icelandic version of University Challenge smashed his glass and threw his podium in a major tantrum after losing.

The episode of Gettu Betur – translating to Make a Better Guess – saw a contestant reacting after the other team guessed a question correctly. 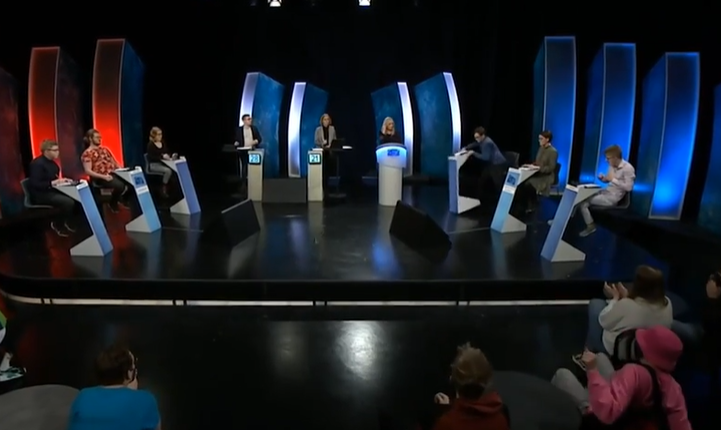 The contestant throws his glass of water on the floor before pushing his podium over.

The audience and host Kristjana Arnarsdóttir gasps as the strop continues – with the contestant later picking up his teammates glass and throwing that against the wall.

Then as Kristjana attempts to get the programme back on track, more commotion can be heard backstage.

The clip, which aired on February 19, sees the captain of the red team answer the question about female tennis players first. 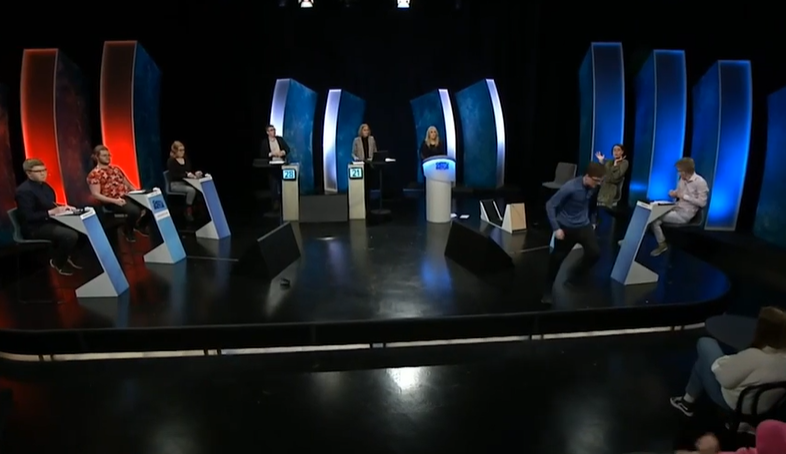 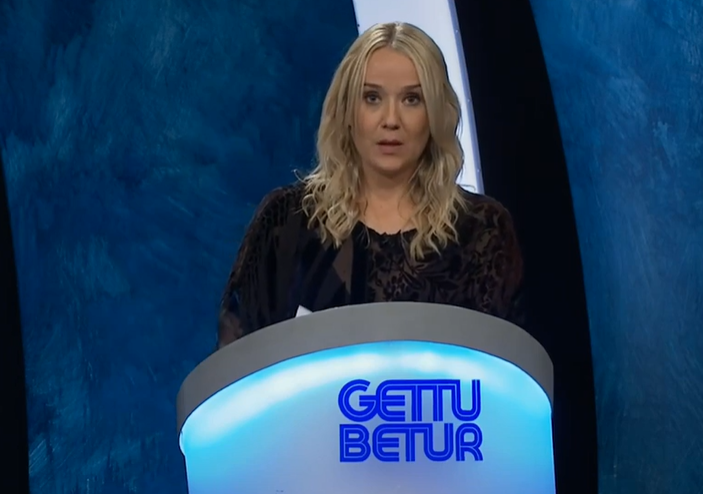 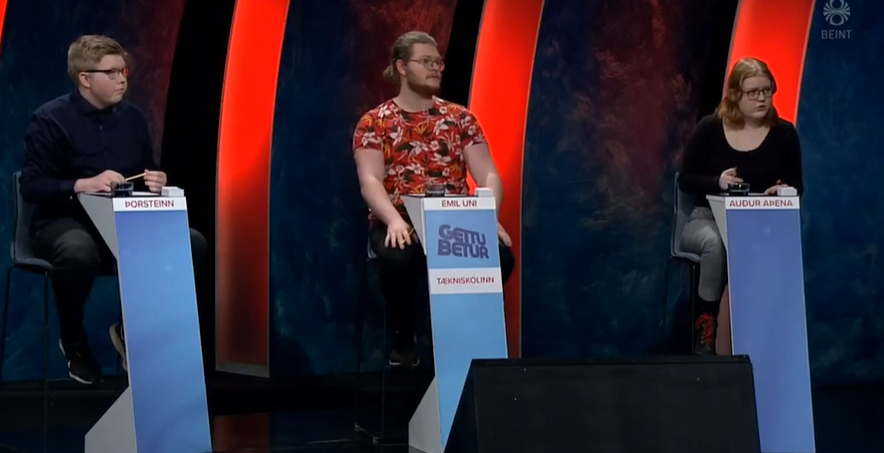 Kristjana pauses after the answer, then nods to confirm he is correct and teh studio erupts into applause.

The red team was secondary school Tækniskólinn from Reykjavík, while the blue team is from school Fjölbrautaskólinn við Ármúla, also from the capital.

Gettu Betur is similar to the UK's University Challenge as two teams from Iceland's high schools or colleges go head-to-head in answering a series of questions.

The first two rounds are broadcast on radio, with the quarter-final, semi-final and final being aired on television.