Brady (played by Benjamin Hollingsworth) has become a Virgin River character fans love to hate during the first two seasons of the Netflix drama. Repeatedly going against best pal Jack Sheridan’s (Martin Henderson) advice and striking up a feud with the popular Preacher (Colin Lawrence), Brady’s turned to a life of crime and is even in the frame for the mystery shooting of Jack in the season two finale. However, as fans eagerly await to see what lies ahead for Brady in season three, they can catch him in CBS medical drama, Code Black.

For three action-packed seasons, Hollingsworth played the part of Mario Savetti in the CBS series.

Code Black premiered in 2015 before coming to an end in 2018, with Hollingsworth starring opposite the likes of Rob Lowe, Luis Guzman and Marcia Gay Harden along the way.

Virgin River fans can still binge every episode of Code Black three years on thanks to Amazon Prime Video in the UK, however.

And reliving some of his favourite moments on set of the show, Hollingsworth posted a snap of himself alongside co-star Gay Harden and her guest-starring daughter. 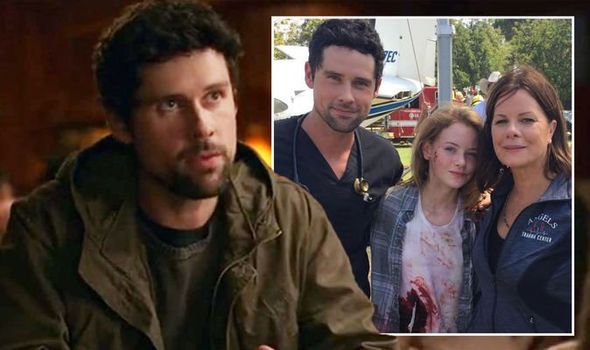 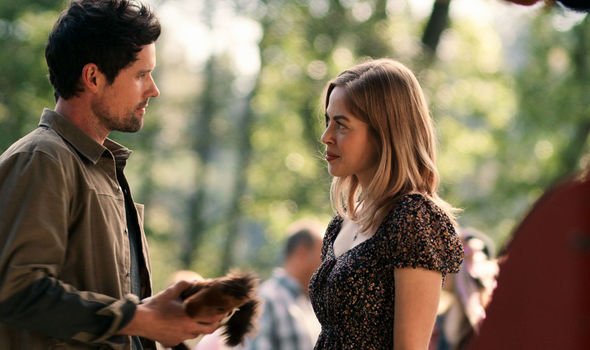 However, it appears Gay Harden’s daughter and his co-star were better prepared for the challenging filming conditions than he was.

In fact, the Virgin River star admitted a wardrobe mishap led to him getting through quite a number of outfits during filming.

He continued: “It was 110F out in the Valley and somehow they didn’t sweat. 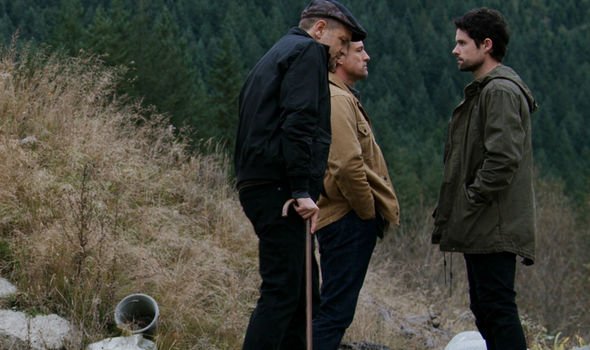 “I however went through 15,000 scrubs shirts in one morning.”

And picking up and the humourous mishap, Gay Harden took to the replies section as the two reminisced.

Meanwhile, dozens of Code Black fans also flooded the Virgin River actor’s comments section with their thoughts on the show and its cancellation.

“Ahhh I miss this show so much! [love heart emoji],” one of Hollingsworth’s followers replied.

A second echoed: “This show was so good. It never should have been cancelled.”

While a third added: “Miss this show but so thankful for some of the episodes like this one especially since I am 4 months out from taking the MCAT and one of the contributing factors of deciding Biology Pre-Med was this show and how much it inspired.”

And others even called for a Code Black reunion following the trip down memory lane.

Sadly, it looks like Hollingsworth’s time on Code Black will remain over for now, but he will be back in the third season of Virgin River.

But will he be exposed as the one who shot Jack in his bar in the season two finale?

Fans will have to wait until season three drops to find out for sure who pulled the trigger.

Virgin River seasons 1-2 are available to stream on Netflix now.