SUGE Knight was once at the top of his game as head of one of the biggest record labels in the 90s.

These days he spends his time behind bars as a jailed convict. 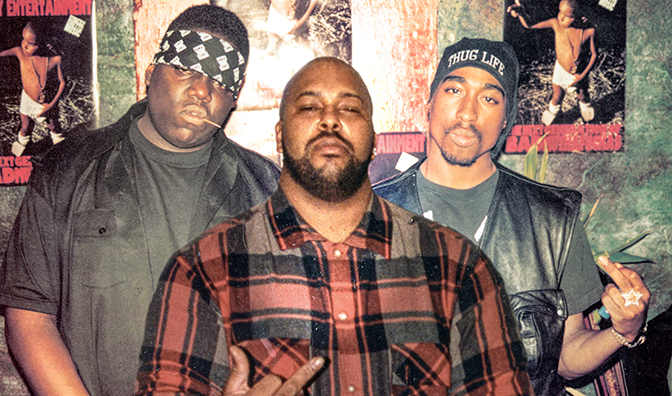 Who is Suge Knight?

The record label was responsible for launching the careers of hip hop artists Dr Dre, Snoop Dogg and Tupac Shakur.

Before entering the music business, Knight was an American Football player, appearing twice for the Los Angeles Rams in 1987.

Why is Suge Knight in jail?

In the late 90’s up until the early 2000s, Knight spent a few years in prison for assault convictions and associated violations of probation.

He was initially on probation after assaulting two rappers in 1992 at a Hollywood recording studio.

ME AND MY BOY

In 2015, Knight, who was also declared bankrupt in 2008, crashed his car into two men, one of whom was Terry Carter, the co-founder of Heavyweight Records, and a friend of his.

He ended up killing Terry, whilst the second person and filmmaker – Cle Sloan – suffered injuries to his head and foot.

Some witnesses claimed that Suge had followed the pair after an argument on the Straight Outta Compton film set, with claims it looked intentional.

In 2018, Suge pleaded no contest to voluntary manslaughter, which has now seen him into a 28-year long prison sentence – 22 years for the hit and run charge and a following six years for it being a third strike with his run-ins with the law and violating probation.

He is now serving his prison sentence at RJ Donovan Correctional Facility in San Diego.

What happened between Suge Knight and Notorious B.I.G.?

It all started with the death of rapper Tupac Shakur who was killed in 1996 and Knight was with him.

The former music executive and CEO of Death Row Records had a number of huge talents signed to his label, including Tupac, Dr Dre and Snoop Dogg – which the latter two ended up leaving following Tupac’s untimely death in 1996.

Fellow rapper Notorious B.I.G was killed less that a year later in a drive-by shooting in Los Angeles.

The murder took place in the height of the East Coast vs West Coast hip hop rivalry.

Knight’s name has been linked with both murders, with leaked FBI interview files alleging that the music mogul had orchestrated for both Biggie and Tupac to be killed.

Claims about his involvement have come into question after it was revealed that Tupac was planning on leaving Death Row Records, and that Knight had Biggie killed to deflect attention from the first shooting.

He has always strongly denied any involvement in either murder.

Despite a number of rumours and accusations, Knight has ever been charged for either deaths.

When is the Last Man Standing documentary out?

Last Man Standing: Suge Knight and the Murders of Biggie & Tupac, is directed by Nick Broomfield, who previously directed Tupac & Biggie in 2002.

The film includes newly sourced footage taken at the time of the rap icons’ killings.

Broomfield claims that Knight was employing LAPD officers and that they played a direct role in the murder of Notorious B.I.G.