Home » World News » A ruthless Thai vigilante wants to retire in Australia. Victims who fled here say he must be stopped

A Thai vigilante whose followers threatened critics of the monarchy and their families with death and rape, driving dissidents into exile, says he wants to spend his twilight years in Australia.

Victims and activists are petitioning the Australian government to deny Rienthong Nanna the ability to enjoy retirement in Perth, claiming he is not a fit and proper person. They say he has engaged in and encouraged hate speech, and supported the pursuit of critics of the monarchy throughout Thailand and internationally “whatever the consequences”. 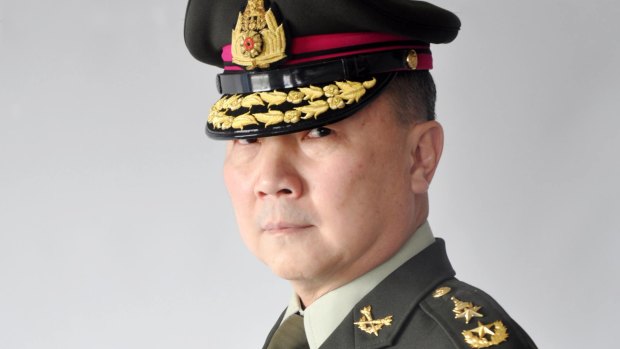 Rienthong Nanna, as pictured on his Facebook page, has styled himself as Thailand’s answer to Van Helsing.Credit:Facebook

Rienthong, a doctor and former major general in the Thai army who runs a family-owned hospital in Bangkok, established the “Rubbish Collection Organisation” in the weeks before the May 2014 coup to target critics of the monarchy. He has used a large Facebook following to target “rubbish”: perceived enemies of the monarchy, who he said needed to be swept up and removed. Followers in their thousands would attack the targets, both online and in person, and launch lawsuits under Thailand’s harsh royal defamation laws.

One victim, Krittanai Thepsai, known as “Jack” where he now lives in Geelong, said attacks by Rienthong’s group had led him to seek asylum in Australia.

The online army of loyalists was mobilised against him in 2014 after he was critical of the then king Bhumibol Adulyadej, who died in 2016.

He said Rienthong posted personal information about him and he was subjected to death threats and a warning that a group of men would break into his house in Chiang Mai and rape his 16-year-old daughter. He was also falsely linked to a bombing case and is afraid he would be abducted and killed if he returned to Thailand. 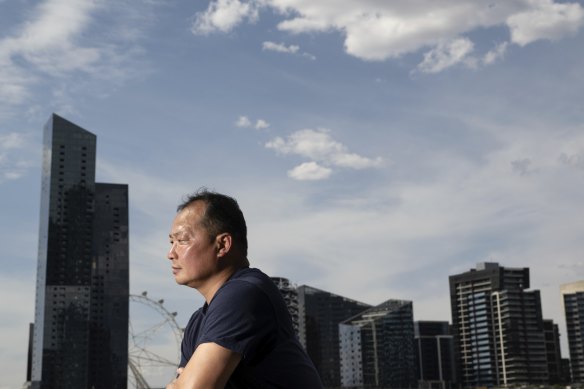 Jack is the victim of a Thai vigilante Rienthong Nanna who is trying to settle in Perth.Credit:Penny Stephens

“I cannot believe Rienthong could get a visa to Australia,” he said.

Defending his plans on social media Rienthong, 63, said his father bought property in Perth in 1992 and he would split his time between there and Bangkok in retirement.

He said enjoying retirement outside Thailand “doesn’t mean I hate the nation,” an accusation he has levelled at political opponents and targets of his organisation’s campaigning who have fled from persecution, prosecution or both.

“I am not migrating, running away from charges, seeking asylum or escaping jail … . I only want to take my family to clean my parents’ house and keep it from deterioration,” he said.

He outlined a desire to look after his mother’s roses and eat lobster when in Australia but vowed to return to Thailand “whenever there was threat to the throne”. 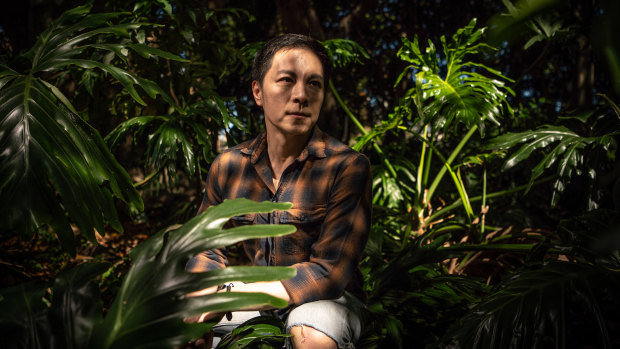 Pisarn Thanathavornlarp, who lives in Sydney, said he was driven to leave Thailand after being targeted by Rienthong and his followers.Credit: Flavio Brancaleone

When contacted by The Sydney Morning Herald and The Age by telephone, Rienthong declined an interview, branding suggestions that he was moving to Australia as “fake news”.

Writing on Facebook he claimed there was an international network out to get him and prevent him from travelling to Australia, Europe and the United States and that the Australian government should not believe what was said about him.

Thai dissidents and exiles internationally are up in arms about his Australian plans.

A loose coalition of Thai activist groups in Europe, the United States and Australia have written to Australia’s ambassador in Bangkok, Angela Macdonald, calling for Rienthong’s status to be re-considered.

“His use of social media is full of hate speech and dehumanisation of people who hold different values to him,” one letter reads. “His actions are clearly divisive, discriminating and against Australian values.”

Immigration Minister Andrew Giles has personal intervention powers, which can be deployed after cases are brought before a review tribunal.

They are only used sparingly, though, and when approached about Rienthong, a ministerial spokesperson said Giles was unable to comment on individual matters for privacy reasons.

The Thai monarchy is protected by the world’s harshest royal defamation laws, which carry penalties of between three and 15 years’ jail for each offence. Critics of the lese-majeste law say it has been used for political purposes and to silence debate, and charges spiked after the 2014 coup and the 2020 youth protest movement raised questions about the power and wealth of the new monarch, King Maha Vajiralongkorn. 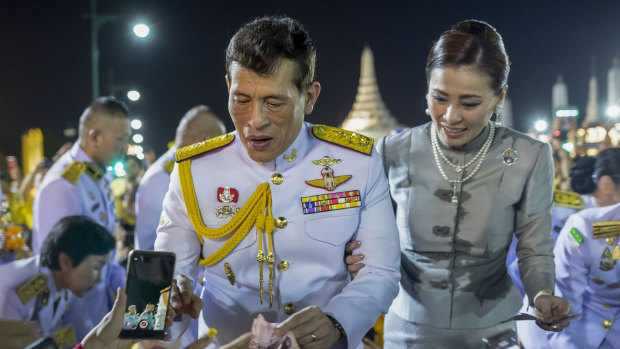 Hundreds of Thais fled the country after the coup, and at least nine critics of the monarchy have been forcibly disappeared in neighbouring Laos and Cambodia; the bodies of two were found gutted and stuffed with concrete in the Mekong River. The government has consistently denied any involvement.

Pisarn Thanathavornlarp, a former gym instructor in Bangkok, left Thailand for Sydney after he was set upon over a social media post he made in 2014.

He said his comment was ironic and metaphorical in nature and not a direct critique of the monarchy but after Rienthong posted his phone number online he was bombarded with threatening calls.

Worried about his safety and suffering mental health problems, he was briefly ordained at a monastery. But after lese-majeste charges were pressed against him, he moved to Australia, fearing he would be sent to prison.

“If Rienthong didn’t post, it wouldn’t have that much impact. Because it was Rienthong, strangers just came in and cursed me via Facebook. My life changed completely,” said Pisarn, who goes by the name Max in Sydney.

Pisarn described Rienthong as an “extremist” and questioned how he could be permitted to visit or reside in Australia.

“Who can guarantee that Rienthong, in this country, won’t try to do this again? Who can ensure he won’t try to crack down on people who are critical of the monarchy in Thailand?” he said.

“Since he’s the one pushing people out of the country, why doesn’t he stay in the country? You shouldn’t come here, you should just stay in Thailand.”

Rienthong styled himself as Thailand’s answer to Van Helsing, a fictional doctor turned vampire hunter, and told the Bangkok Post he saw himself “as the person who sweeps the dusty floor”.

“When I first sweep it, the dust will be blown all over the place. But once I get the dust in the same pile, the floor will look cleaner.”

One of the targets of Rienthong’s online attacks, Somsak Rachso, found the vigilante’s reach transcended borders after he was forced to leave a job in Sydney when criticism intensified in 2016 after the death of the previous king.

The ABC reported at the time Somsak’s former boss had safety concerns for staff and customers after Rienthong posted: “Thai people there [in Australia] – don’t associate with him, don’t give him or his family a job.”

Pavin Chachavalpongpun, a Thai academic and well-known royal critic living in exile in Japan, is among those who has written to the Australian embassy in Bangkok about Rienthong, saying “so many lives have been affected by his hyper-royalist actions”.

“The list is long when it comes to the fascist behaviour of Rienthong, who has relied on [the] lese-majeste law to eliminate his opponents,” he wrote.

“His behaviour will not be tolerated in any true democratic countries in the world … which, as I assume, includes Australia.”