Green Bay Packers quarterback Aaron Rodgers isn't worried about his toe injury. Rodgers downplayed the injury Tuesday, saying it's a "pain management" issue, and that he intends to keep playing, according to Rob Demovsky of ESPN.

Rodgers delivered the opposite message following Sunday's 45-30 win over the Chicago Bears. After the contest, Rodgers said he experienced a setback with his toe, and would "get some film on" the injury Monday.

That film apparently wasn't serious enough that Rodgers will miss game time. Rodgers won't practice due to the issue.

Aaron Rodgers on @PatMcAfeeShow: “Toe was definitely hurting after the game, but it is what it is. It’s not going to be a problem I don’t think. It’s not going to stop me from playing. It’s just pain management but I’m going to keep playing and probably not practice a whole lot.” pic.twitter.com/PNTSjwHWYp

Rodgers first mentioned his "COVID toe" in late November. The following day, Rodgers clarified he doesn't actually have COVID toe — which is a real thing — but that he fractured his pinky toe. He even showed off his bare foot on a call with reporters.

During that call, Rodgers mentioned he was hoping to avoid surgery.

If the toe bothered Rodgers in Week 14, it didn't show up in his numbers. Rodgers threw for 341 yards and four touchdowns against the Bears, who he still owns. 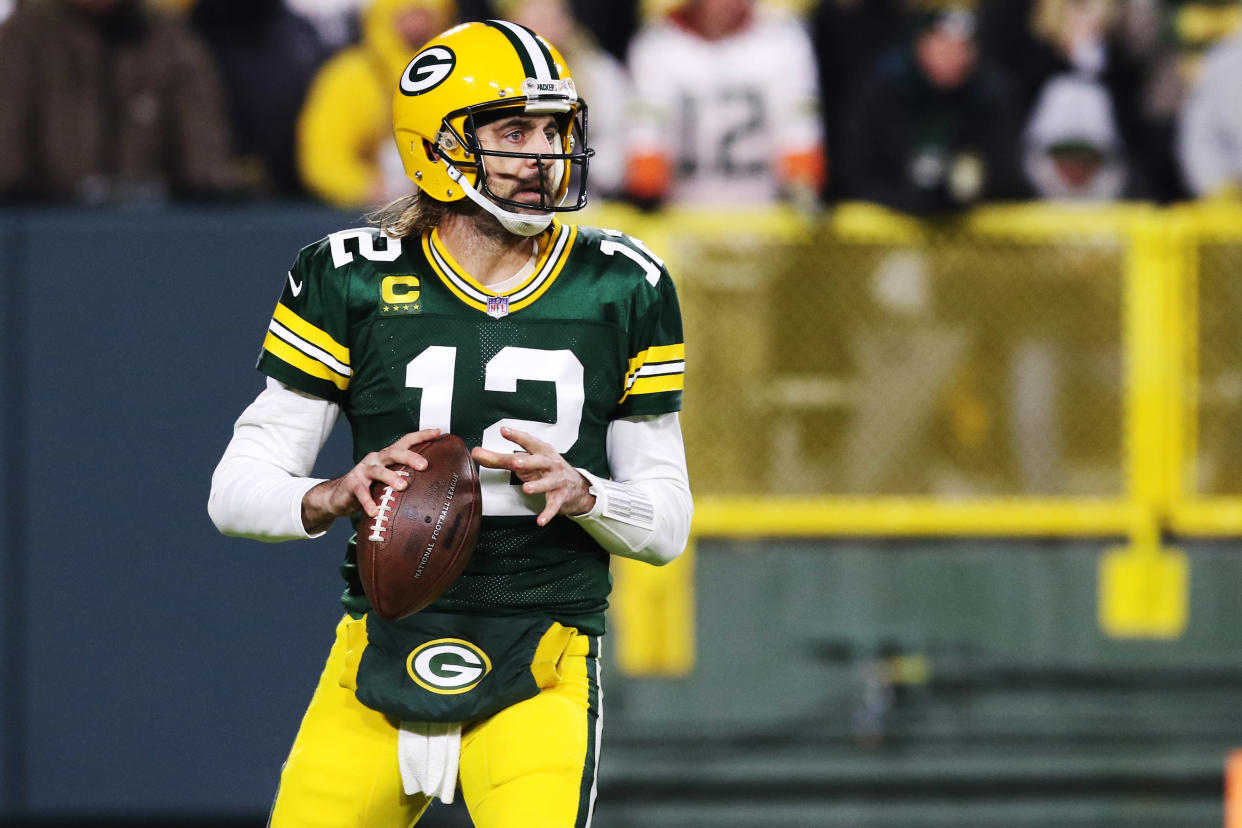 With the team's win in Week 14, and the Arizona Cardinals' loss, the Packers are now tied for the best record in the NFC at 10-3. The Tampa Bay Buccaneers are also 10-3, making it a three-way tie.

The Packers hold a key advantage in that race after beating the Cardinals earlier in the season. Neither team played the Buccaneers in 2021.

If Rodgers continues to play at a high level, the Packers have a shot at securing the No. 1 seed in the NFC. That would give Rodgers a much-needed week off once the playoffs begin.