LAS VEGAS – Many of Adele’s fans seemed ready to call it “Water Under the Bridge,” even after the songstress left thousands angered and disappointed after the last-minute cancelation of her Las Vegas residency.

On Friday evening, instead of preparing to enter The Colosseum at Caesars Palace for Adele’s much-ballyhooed arrival, packs of fans waited in line at the just-opened Weekends with Adele merchandise store adjacent to the venue.

An apology from the singer – “I’m so upset to not be with you tonight,” it began – was written on a mirrored wall inside the store, telling fans to “please hang out and look at the outfits, take pics of anything you want.” 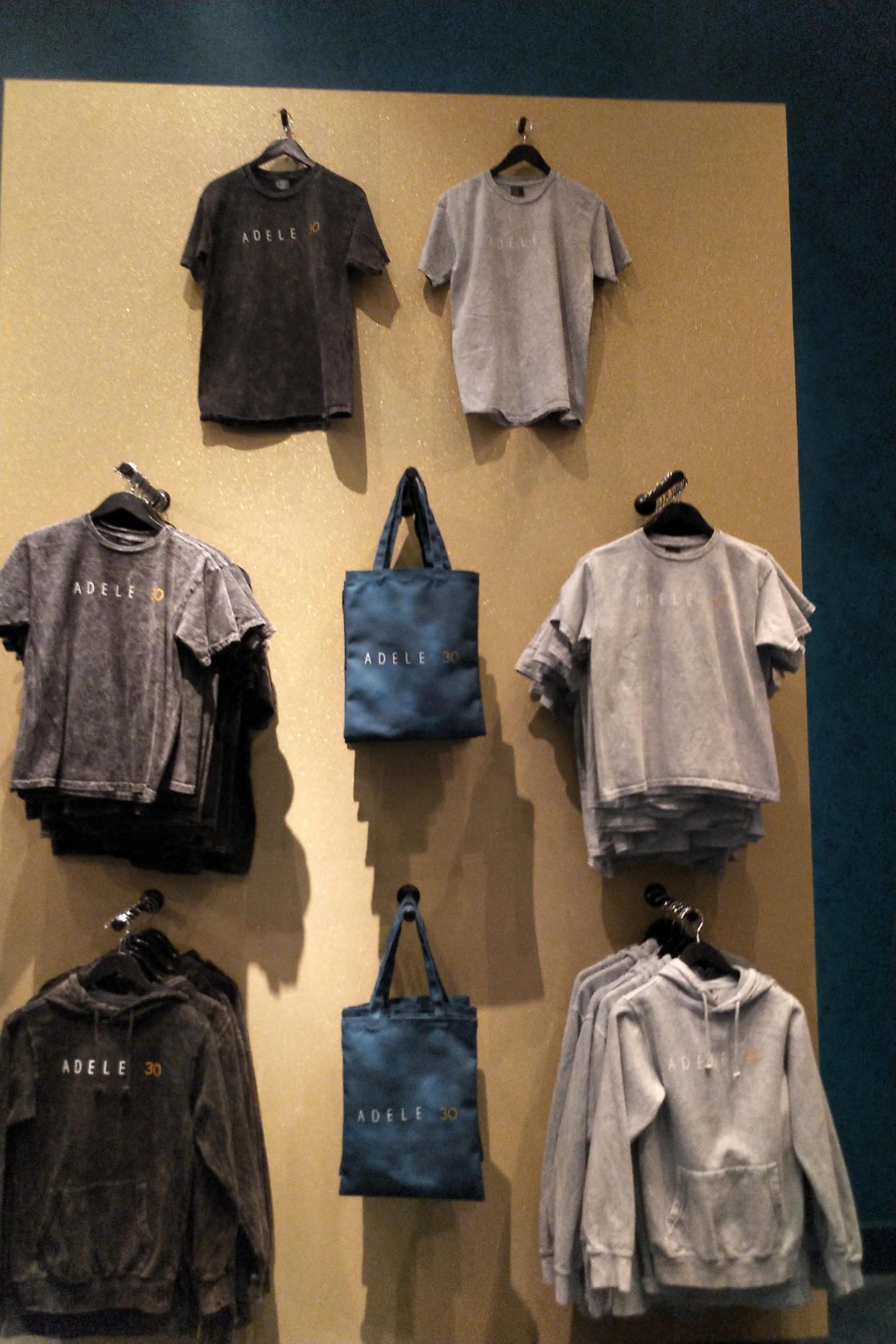 Late Thursday afternoon, Adele abruptly announced the postponement of her shows, which were set to play the Colosseum every weekend through April.

She took to social media to post a tearful video.

"I'm so sorry, but my show ain't ready. We’ve tried absolutely everything that we can to put it together in time and for it to be good enough for you, but we’ve been absolutely destroyed by delivery delays and COVID – half my crew are down with COVID, they still are – and it’s been impossible to finish the show…I can’t give you what I have right now."

So while the devoted were robbed of the opportunity to witness Adele’s vocal prowess in person, they could drop $75 on a bottle of Cloudy Bay Pinot Noir branded with her name (“It’s her favorite,” a clerk noted), $90 on a hoodie bearing “Adele 30” – a nod to her current album – or $50 on a T-shirt. 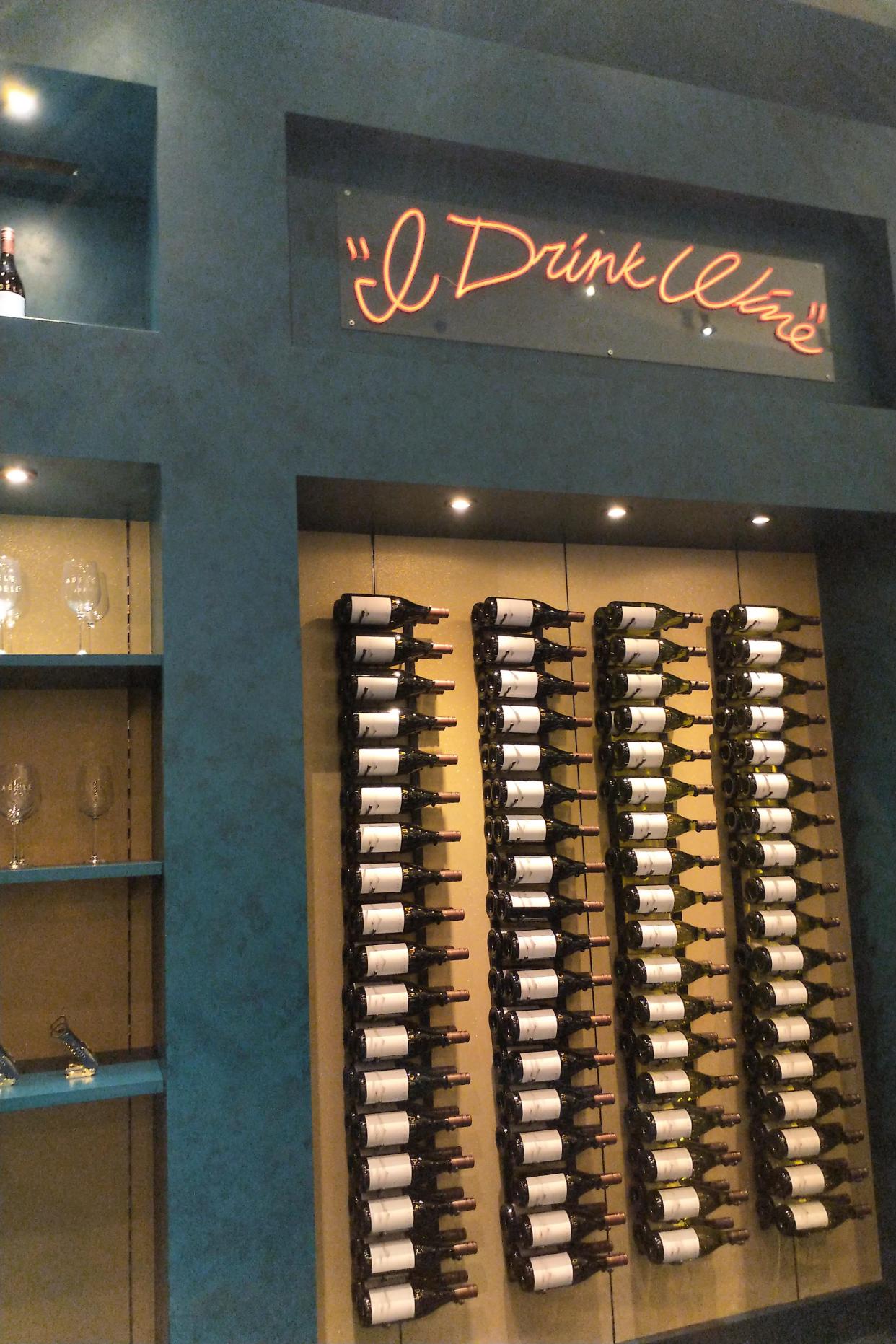 Some who perused the store’s wares were pulled aside by members of Adele’s team, who called the singer to FaceTime for a few minutes.

Amiah Shaw, 19, of San Francisco, was one of the randomly selected and chatted with Adele, who said she was back home in Los Angeles, for about five minutes.

“She apologized about the show,” Shaw said. “I understood why she had to cancel – health comes first. But (the video call) made my year.”

Fans who showed their concert ticket at the merchandise store – for any show during the run – received a tote bag bearing an Adele T-shirt, magnets and specialty keychain. The boutique will continue to offer ticketholders the apology swag.

Those who still clamored for the chance to sing the “Easy on Me” superstar’s biggest hits decided to host their own singalong on the steps of the Colosseum.

[email protected] fans made the most of their time @CaesarsPalace Friday night. #Adelepic.twitter.com/dyREba7rsm

At 8 p.m., when attendees would have been in their seats awaiting the start of the show, a couple of dozen diehards circled the steps of the Colosseum and broke into a few Adele songs, including a spirited rendition of “Rolling in the Deep.”

Jennifer Strotman, 39, traveled to Adele’s Wembley Stadium concert in 2017 – which was also postponed. A group of fans in attendance started to croon Adele’s songs in solidarity, so Strotman wanted to organize a similar gathering in Las Vegas.

“We’re doing it out of love and respect,” Strotman said. And even though she traveled from Denver and was again denied a live Adele experience, her fandom is unbowed.

“She did the right thing by not pushing forward with the show. We love her and she’s remorseful,” Strotman said. “When she reschedules, we’ll be there.”