A wreck on an Alabama interstate has left at least 10 people dead, including nine children.

A pile-up involving at least 15 vehicles happened around 2:30 p.m. Saturday on Interstate 65 in Butler County between mile markers 137 and 138. That’s located just past exit 130 in Greenville, Alabama, some 40 miles south of that state capital of Montgomery, WSFA reported.

Much of central Alabama was enduring torrential rains and high winds at the time as a result of Tropical Depression Claudette. Butler County Coroner Wayne Garlock said the vehicles likely hydroplaned on the wet road.

A father and his 9-month-old daughter in one vehicle were killed, AL.com reported. Eight other minors riding in a Tallapoosa County Girls Ranch vehicle also died in the wreck. They were between ages 4 to 17, Garlock said.

The Butler County Coroner’s Office told Fox News they plan on releasing the names of two of the victims later Sunday, but the names of the remaining eight will not be released by their agency because those minors were in the custody of the Alabama Department of Human Resources’ Child Protective Services. DHS did not immediately return an email from Fox News seeking comment.

“Our hearts are heavy today. Our ranch has suffered great loss. As some of you may have heard, one of our ranch vehicles was involved a multiple car accident this afternoon,” Tallapoosa County Girls Ranch wrote on its Facebook page Saturday. “Please send prayers our way as we navigate this difficult time. We will update information as we are able, and if you have any questions feel free to contact us. Thank you for your thoughts and prayers and respecting the privacy of our large and extended families.” 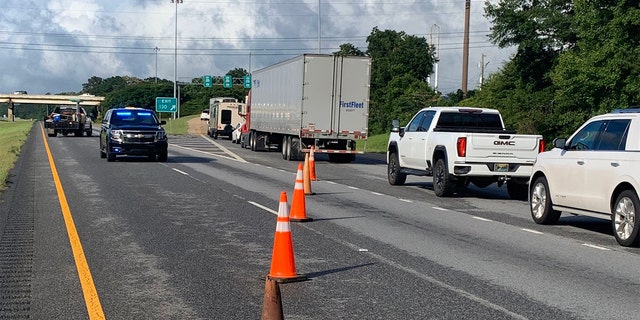 Tallapoosa County Girls Ranch is one of four youth ranches led by the Christian organization Alabama Sheriffs Youth Ranches, which provides a home for abused, neglected or homeless school-age girls. It’s supported by the sheriffs of Lee, Chambers and Tallapoosa counties. Ranchers attend Reeltown School, where they are involved in various extracurricular activities, according to the group’s website.

“It is such a horrible tragedy and loss. This morning, I have been thinking about how we do not always understand the reason things happen,” Smith said in a statement shared on Facebook. “However, we will continue to hold on to our God for peace and comfort as our hearts continue to break. Please continue to pray for us as we navigate this difficult time.”

Smith thanked those who “are respecting the privacy of our large and extended families.” He shared the Bible verse from Matthew 5:4 that reads, “Blessed are those who mourn, for they will be comforted.”

“Butler County has had one of the most terrible traffic accidents,” Bond wrote on Facebook, adding: “I believe is the worst ever in our county.”

The Alabama Law Enforcement Agency (ALEA) is asking the public for information and images of the crash. Anyone with photos or videos of the incident is asked to send them to [email protected] or share then on Twitter by tagging @aleaprotects.

U.S. Rep. Barry Moore, R-Ala., tweeted Sunday about the “heartbreaking” crash, saying he and his wife are “praying for the families who lost loved ones and a full recovery for those injured in the crash.”

The southbound lane of I-65 was reopened by 10 p.m. Saturday. Greenville Police Chief Justin Lovvorn tweeted Sunday morning that the northbound lane was reopened at that time but was reduced to one lane as crews continued to clear the accident scene.