TODAY'S Google Doodle celebrates what would be the 91st birthday of Alifa Rifaat.

The Egyptian author, real name Fatimah Rifaat, is renowned for her short stories that addressed feminism. 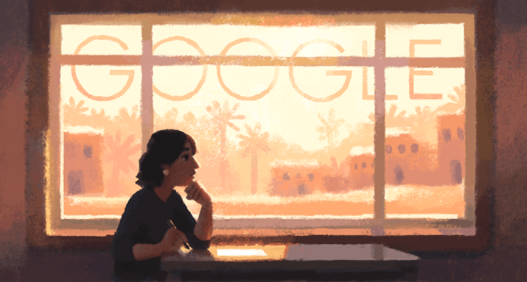 Who was Alifa Rifaat?

She wrote short stories that looked closely at female relationships and sexuality.

Her work challenged the way that women were viewed in society, particularly in Egypt.

Her father was an architect and her mother was a housewife.

She wrote under the name Alifa Rifaat to avoid embarrassing her family with her stories.

At the age of nine, Rifaat wrote her first short story.

Her sister did not approve, but she continued to follow her dreams of becoming an established writer.

Her hard work paid off and she attended the University of Cairo to do an English studies course.

Even her own husband did not approve of her writing stories – and stopped her from releasing any for over 10 years.

In the early 1970s, she began writing again and released her next collection in 1983.

It was called the 'Distant View of Minaret'.

Just one year later, she was honoured with an Excellency Award from the Modern Literature Assembly.

At that time, she had over 100 pieces of work published.

When did Alifa Rifaat die?

She left behind her three sons.

Google Doodle has picked to celebrate her life and achievements on her birthday.