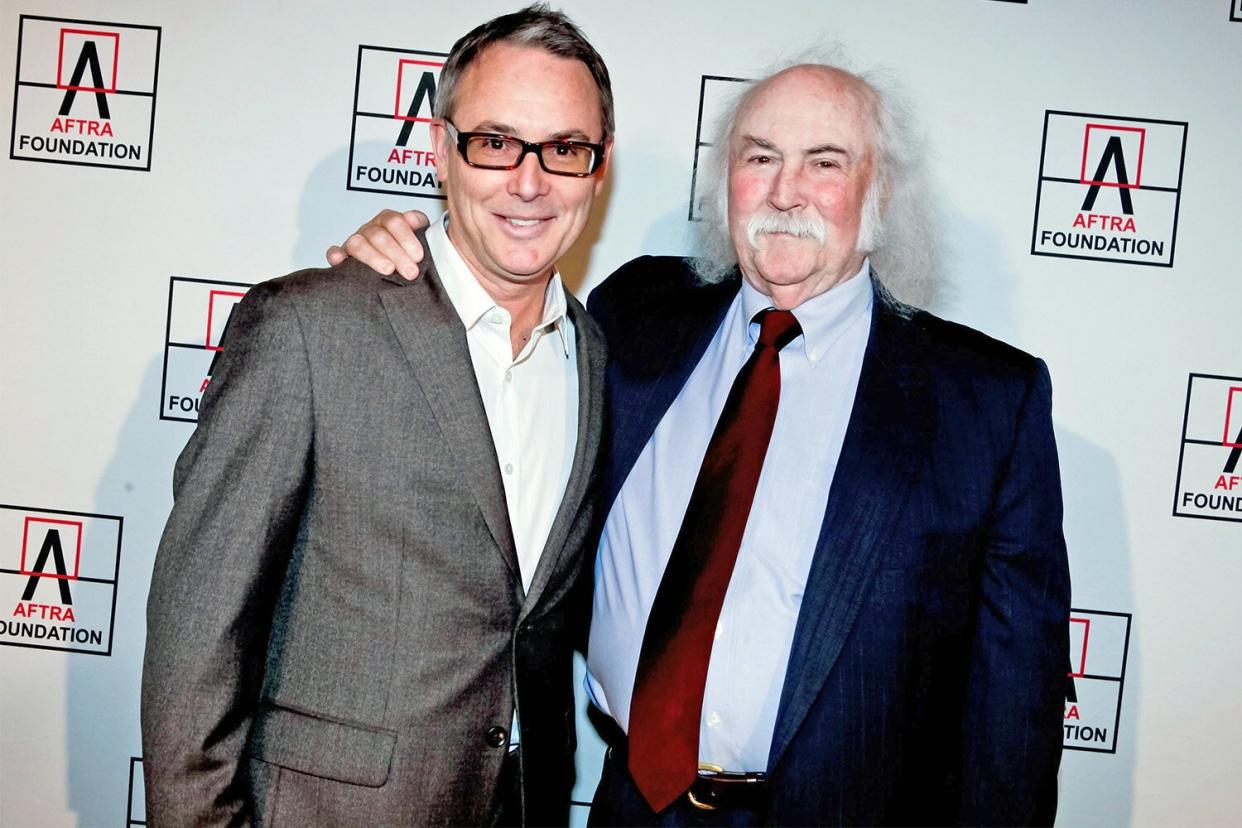 His wife, Jan Dance, confirmed the news to Variety in a statement, saying in part, “It is with great sadness after a long illness, that our beloved David (Croz) Crosby has passed away.”

While David made a name for himself in the music industry as a founding member of bands Byrds and David and Stills & Nash, he also held another important role as a dad.

The singer had four children: sons Django and James and daughters Erika and Donovan. Additionally, David had a close relationship with Melissa Etheridge and Julie Cypher’s children, Bailey and Beckett, for whom he was the sperm donor.

Here’s everything to know about the late singer’s children. 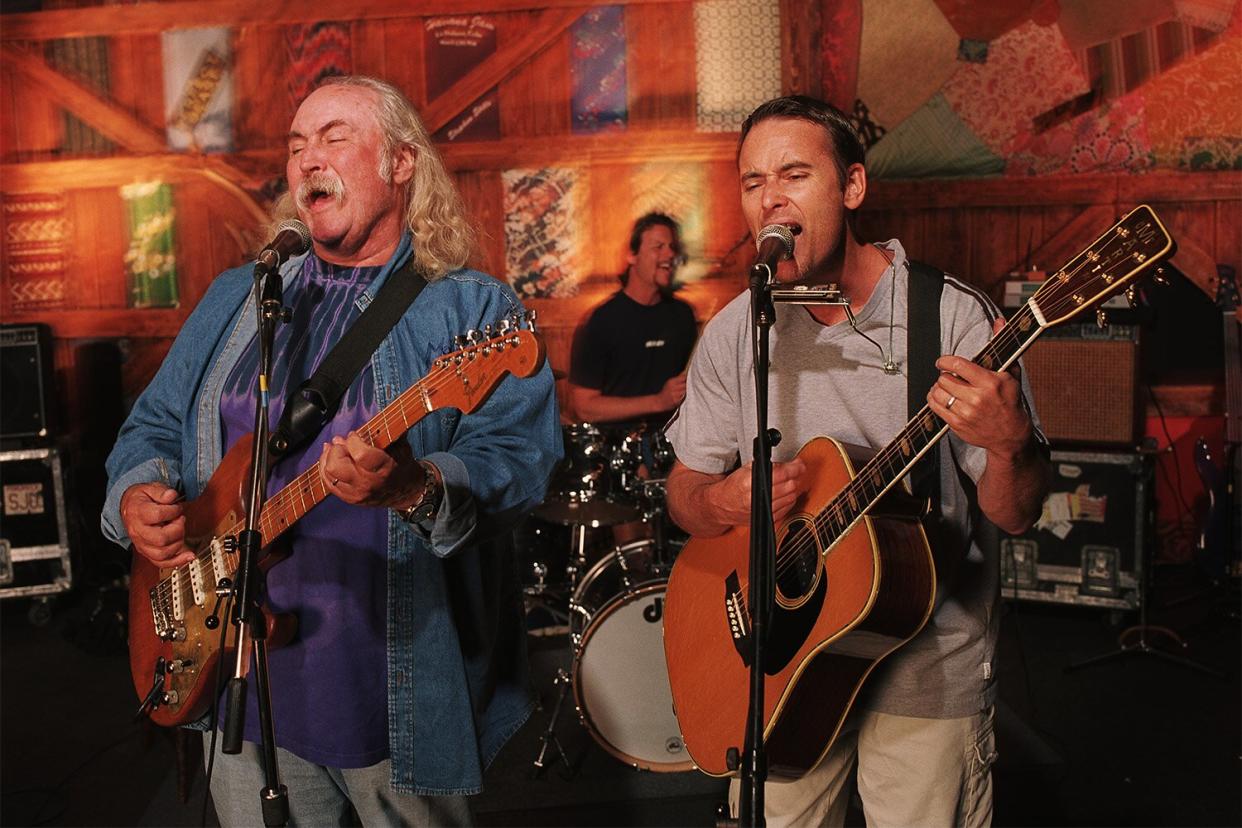 When David was 21 years old, he welcomed his first child, James Raymond, in 1962. Following his birth, David and the mother (whose identity David did not publicly share) immediately put James up for adoption.

In the 1990s, as David was preparing for a liver transplant, he ended up reconnecting with his son. “I was in the hospital dying, and I knew that I had a son out there someplace,” David told The Baltimore Sun. “I had been beating myself up for years about not being there for this kid.”

James contacted David just before his transplant, and the two met for lunch three months later. “He was this nice, decent young guy, and we became friends immediately,” David said of their instant connection.

In the years following, the two began playing music together and soon formed the jazz-rock band CPR (Crosby, Pevar & Raymond). The two continued to perform and tour together through the years. Raymond also wrote and produced David’s 2021 album, For Free. 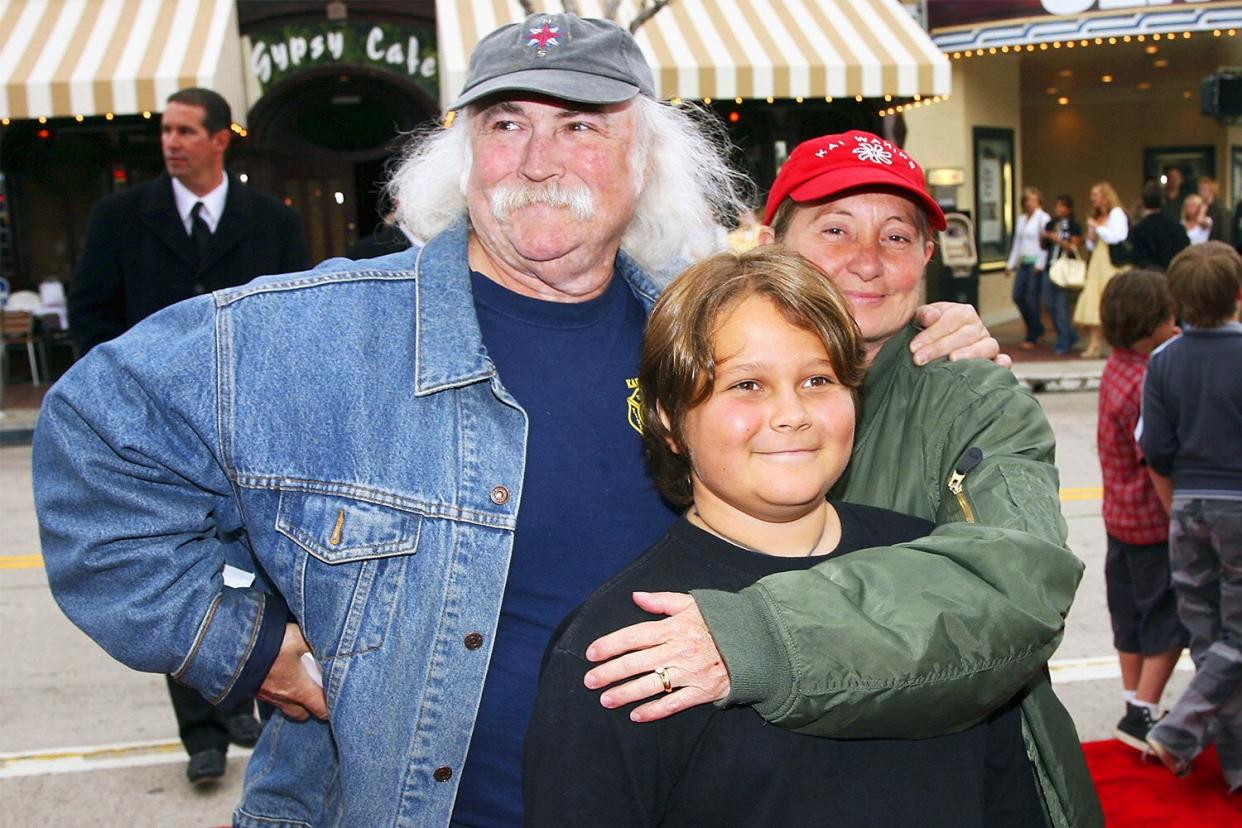 In 1995, David and his wife, Jan, welcomed their only son, Django Crosby. Though Django has kept a private life, he has stepped out with his parents from time to time, including the 2006 premiere of RV and the 2007 premiere of License to Wed.

“Django lives with me and is an absolute joy,” David told Closer Weekly of his son in 2019. Django was also by his father’s side when he died, as confirmed by Jan.

“He was lovingly surrounded by his wife and soulmate Jan and son Django,” her statement read to Variety. “Although he is no longer here with us, his humanity and kind soul will continue to guide and inspire us. His legacy will continue to live on through his legendary music.”

David welcomed his daughter, Donovan Crosby, with former girlfriend Debbie Donovan. Little is known about Donovan, including her birth date, as she has stayed out of the public eye. David briefly mentioned her in an interview with Closer Weekly in 2019, noting that “Donovan doesn’t really talk to me.”

David welcomed his daughter, Erika Keller Crosby, with Jackie Guthrie, although her birth date is unknown as she has lived largely out of the spotlight. In 2019, David revealed that Erika has children of her own, telling Closer Weekly, “Erika has three kids, lives in Florida and is an incredibly smart, wonderful woman who I visit regularly because I love her dearly.”

Her mother, Jackie, also had four children with folk singer Arlo Guthrie, whom she was married to for 43 years. In October 2012, Jackie died at age 68, with her record label saying she had inoperable cancer. 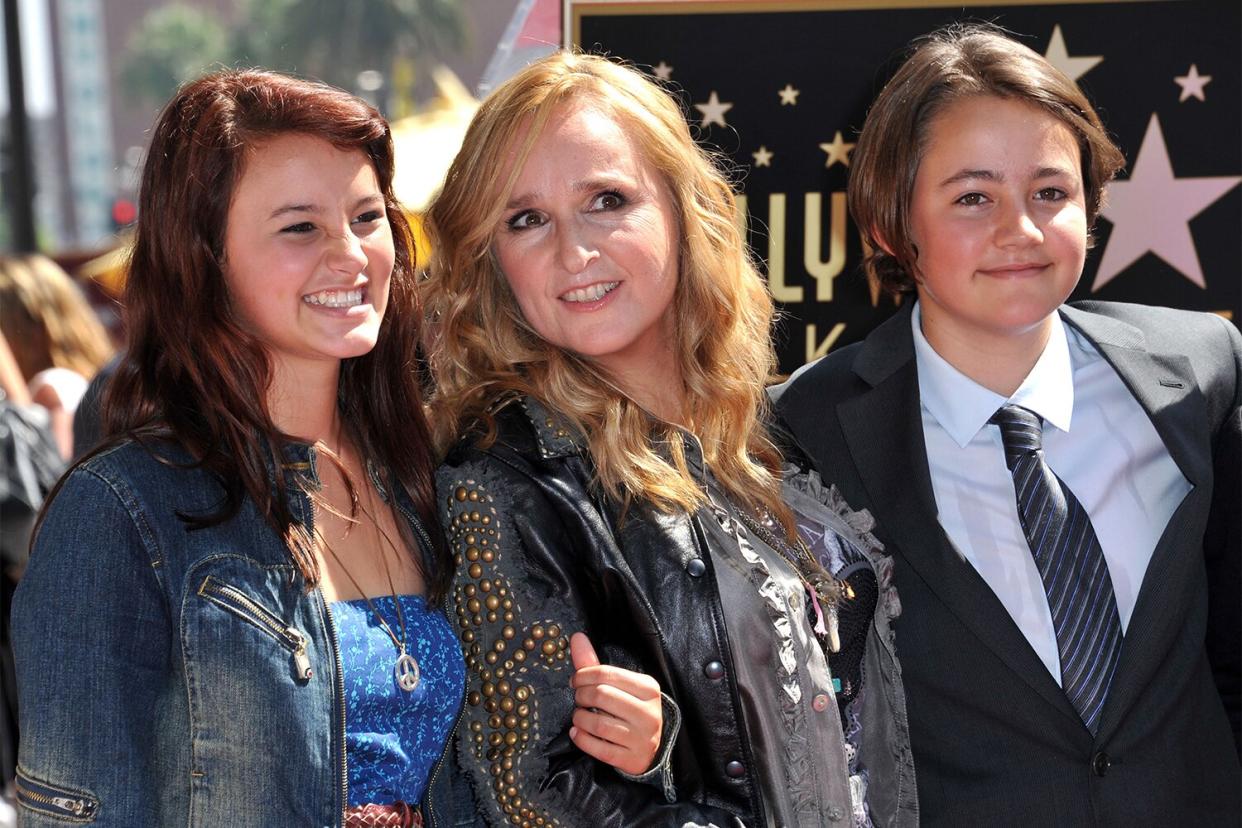 David previously told Rolling Stonehe didn’t hesitate to be the donor. “Melissa and Julie are good people,” he said of the couple, who split in 2000. “Nice set of values, they’re funnier than s—, and they’ve got courage. All rare stuff. You could see that they were in love with each other.”

“I don’t parent Bailey and Beckett, the two with Melissa, but I do love them,” he told Closer Weekly.

Beckett and Bailey previously stepped out with their mother, Melissa, in 2011 as she was honored with a star on the Hollywood Walk of Fame.

In May 2020, Melissa announced her son Beckett had died at 21 after an opioid overdose.

“Today I joined the hundreds of thousands of families who have lost loved ones to opioid addiction,” she told PEOPLE in a statement. “My son Beckett, who was just 21, struggled to overcome his addiction and finally succumbed to it today. He will be missed by those who loved him, his family and friends.”

Following David’s death in January 2023, Melissa shared a statement on Instagram, writing, “I am grieving the loss of my friend, and Bailey’s and Beckett’s biological father, David. He gave me the gift of family. I will forever be grateful to him, [son] Django, and [wife} Jan. His music and legacy will inspire many generations to come. A true treasure.”